We could not be more excited to share that 25-year-old Chief has finally found his forever home! He will be living out the remainder of his life with his new mom, Kim. Congratulations, Chief!

In August of 2021, multiple animals were removed from a property in Frazier Park. Upon investigating, our Humane Officers noticed a brown and white paint horse on the property that was severely underweight. The horse, who we now know as Chief, showed every rib, hip, and backbone protruding from his skin. Dr. April Armstrong D.V.M. examined Chief and rated him a 2 out of 9 on the Henneke Body Condition System. He weighed in at only 793 pounds, and a horse his size should be well over 1,000 pounds. Chief also had other medical issues including overgrown hooves, dental abnormalities, and severe dermatitis. In addition, Chief tested positive for equine Cushing’s disease and would have to be on medication for the rest of his life.

Thanks to the dedication of our staff, Chief slowly started to gain weight under our care. However, a few months after his arrival, staff noticed red coloration in his urine. Dr. Armstrong ran some tests and decided Chief would need to go to an equine hospital to be sedated and scoped. Chief was then transported to Humphrey Giacopuzzi’s & Associates Equine Hospital in Somis. His results came back after a few days and revealed Chief had a tumor in his bladder. The vet’s prognosis was guarded and depended completely on Chief. 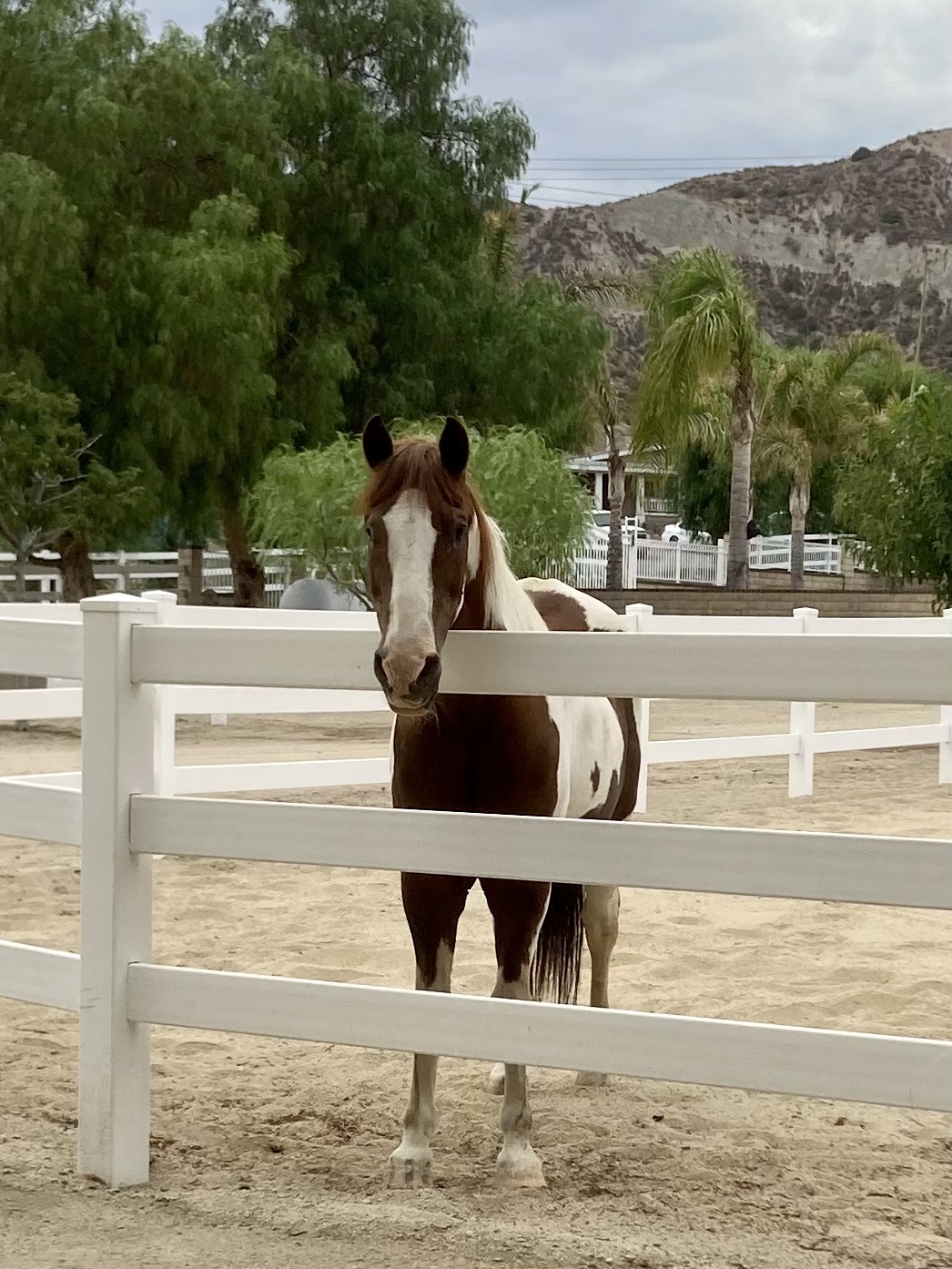 With his age and medical conditions in mind, the search was on to find Chief a home where he could live comfortably for the remainder of his life. Several months had passed before a kind woman with a heart of gold named Kim appeared to be Chief's guardian angel. Kim contacted Senior Humane Officer King after seeing Chief on our social media posts. At the time, another party was interested in Chief. Kim was audibly disappointed, but our staff kept her information on file to contact her if the adoption fell through. The universe must have been listening because a week later the previously interested party withdrew their application. It was as if Kim was meant to be Chief’s new mom! She understood that this adoption would be a hospice adoption, meaning she would be his final forever home for the remainder of his life.

Kim finalized her adoption of Chief on July 18th and has grown more in love with him each day he's been a part of her family. Chief is living the good life in his new home, which Kim describes as the Ritz Carlton of horse homes. He has a beautiful in-and-out stall with a cooling system and automatic waterers. Attached to Chief's outside area is an extra-large arena he likes to spend time sunbathing in. He even has roommates, Robbie the horse and two goats named Geronimo and Oreo. We think it’s safe to say Chief has hit the jackpot in his new forever home!

"I cannot tell you how much I love him. I had a huge hole in my heart and Chief made it better. Thank you, HSVC!" said Kim.

To top it all off, Kim generously donated $1,000 to the shelter at the time of Chief’s adoption for future horse care. From all of here at the HSVC, thank you, Kim, for rescuing this sweet boy!