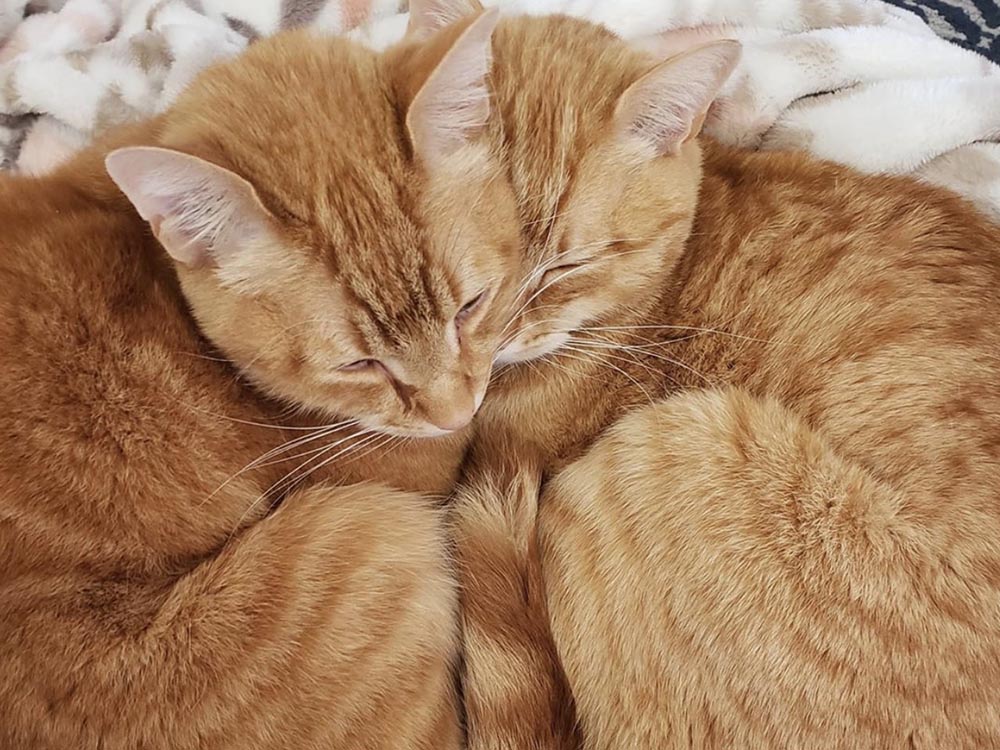 Neva came to the HSVC in June of 2016 to "just visit" the cats at the shelter. She had no intention of adopting one, let alone two cats that day until she met Tom and Jerry.

After having to say goodbye to her first cat the month prior, Neva felt as though she wasn't quite ready to adopt yet. However, she still wanted to visit the cats at the shelter. A cat named Jerry immediately crawled onto her lap as soon as she entered the cat room. 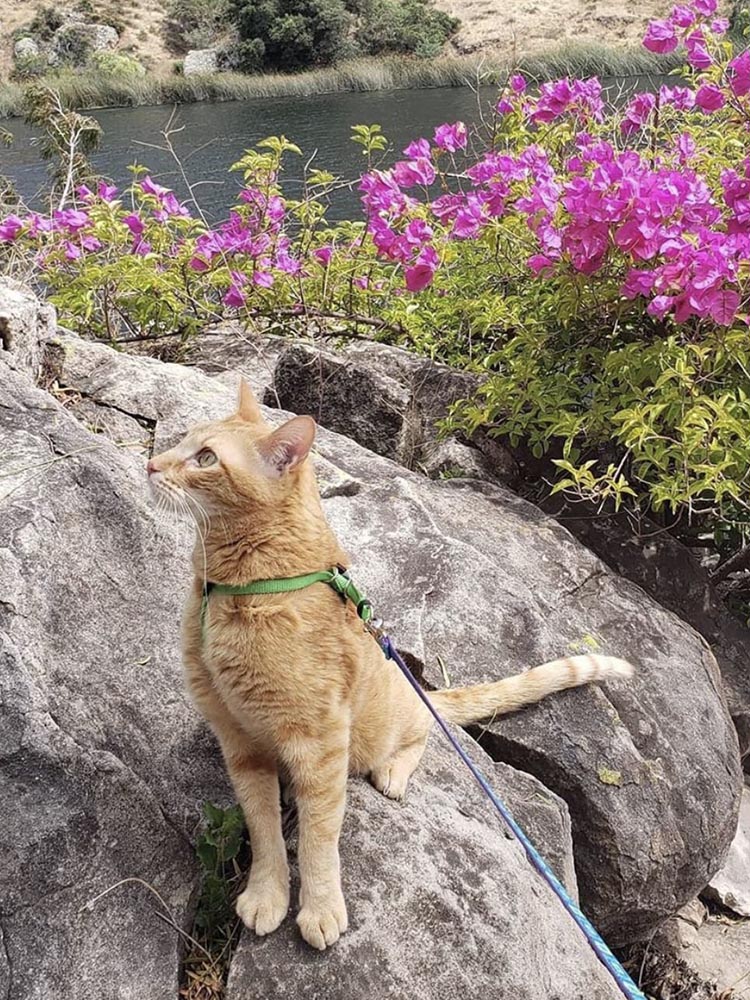 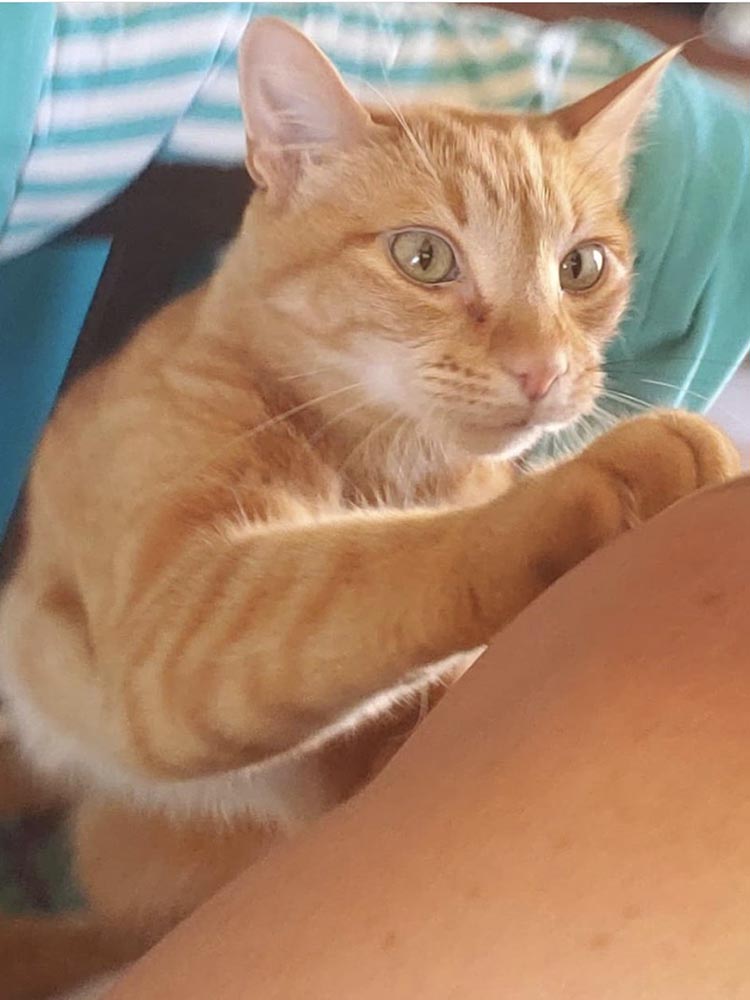 Neva brought her mom the next time she visited the cats. Jerry once again climbed right onto her lap and a cat named Tom snuggled up to her mom. Neva and her mom felt as though the bonded pair of cats had chosen them and knew they had to take them both home. 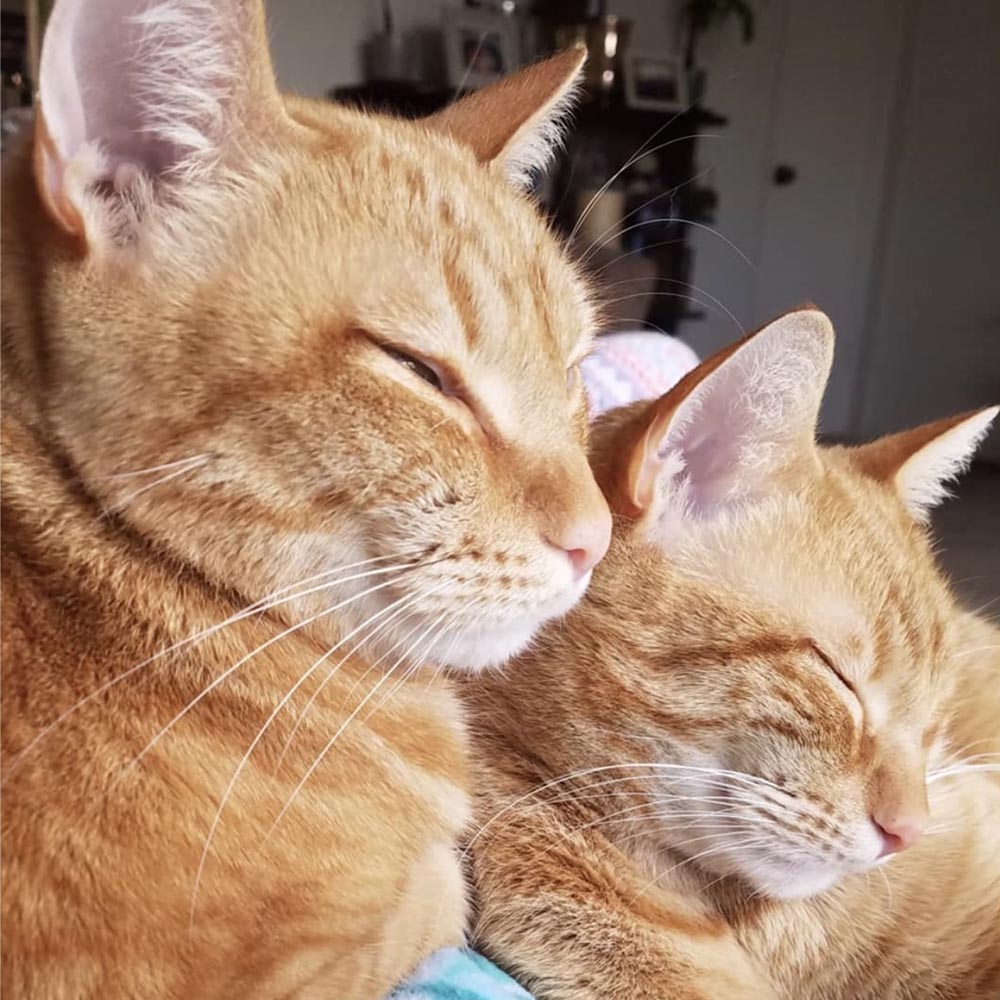 Four years later, Tom and Jerry are happier than ever in their forever home. "They are both very curious and adventurous cats. They really wanted to go outside, so I decided to try them on a leash and halter. Amazingly, they took to it immediately! They love going out at any opportunity. We recently moved to a lakeside home, where there is a lot of outside space to inspect and wildlife to watch. Tom loves to explore, ready to investigate every outside space he can. Jerry likes to stick closer to the house, working on his stalking and hunting skills," Neva said of the two orange Tabby cats. It looks like these two have truly found their perfect home. Thank you, Neva, for choosing to rescue Tom and Jerry!