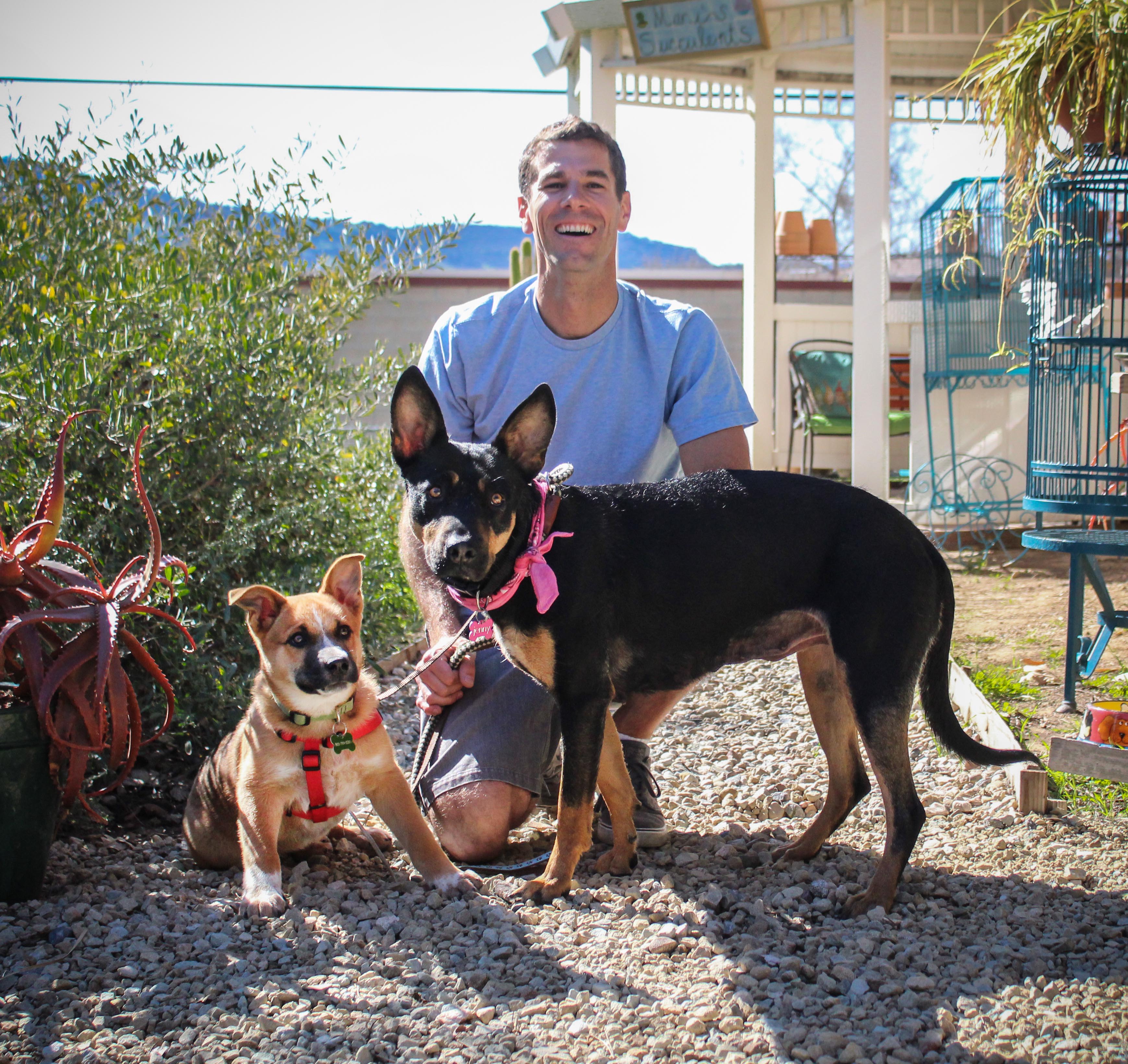 Who doesn't love a good adoption story! Lena and her sister Lindy, two young shepherd and cattle dog mixes, were brought to the Humane Society of Ventura County at the beginning of November for safekeeping.
Lena had seven newborn puppies with her and not long after her arrival Lindy gave birth to eleven more. Both momma dogs raised their litters here at the shelter and over the past few weeks the puppies have all found new homes.

Evan was one of the first to adopt one of Lena's puppies, Winston, back in December. Winston was a good little puppy, but as the weeks went by Evan thought often of Lena who was still at the shelter. Evan could not resist and came back to adopt Lena, now Jenny, last week. According to Evan, Winston is an amazing puppy but could use an example of good behavior and another dog who could show him the ropes. What better example than his own mom! Thank you, Evan, for welcoming not just one, but two shelter dogs into your home!