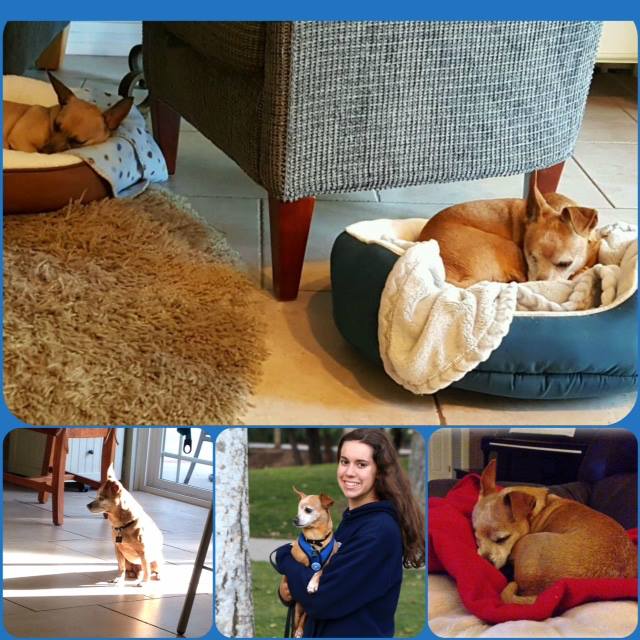 Last Saturday we cheered as Jack (previously Capone) left in the arms of his new family. Jack was originally brought to the HSVC by our Humane Officers alongside three other dogs in the middle of August.

After spending nine months at the shelter, Jack,  a nine year old Chihuahua who was missing his left eye was part of the family. We will his smiling face down in the play yards but are so happy that he now has a family all his own.

Just the other day we received this wonderful collage of how Jack has been doing in his new home! Congratulations Jack and many thanks to the wonderful family who adopted him.