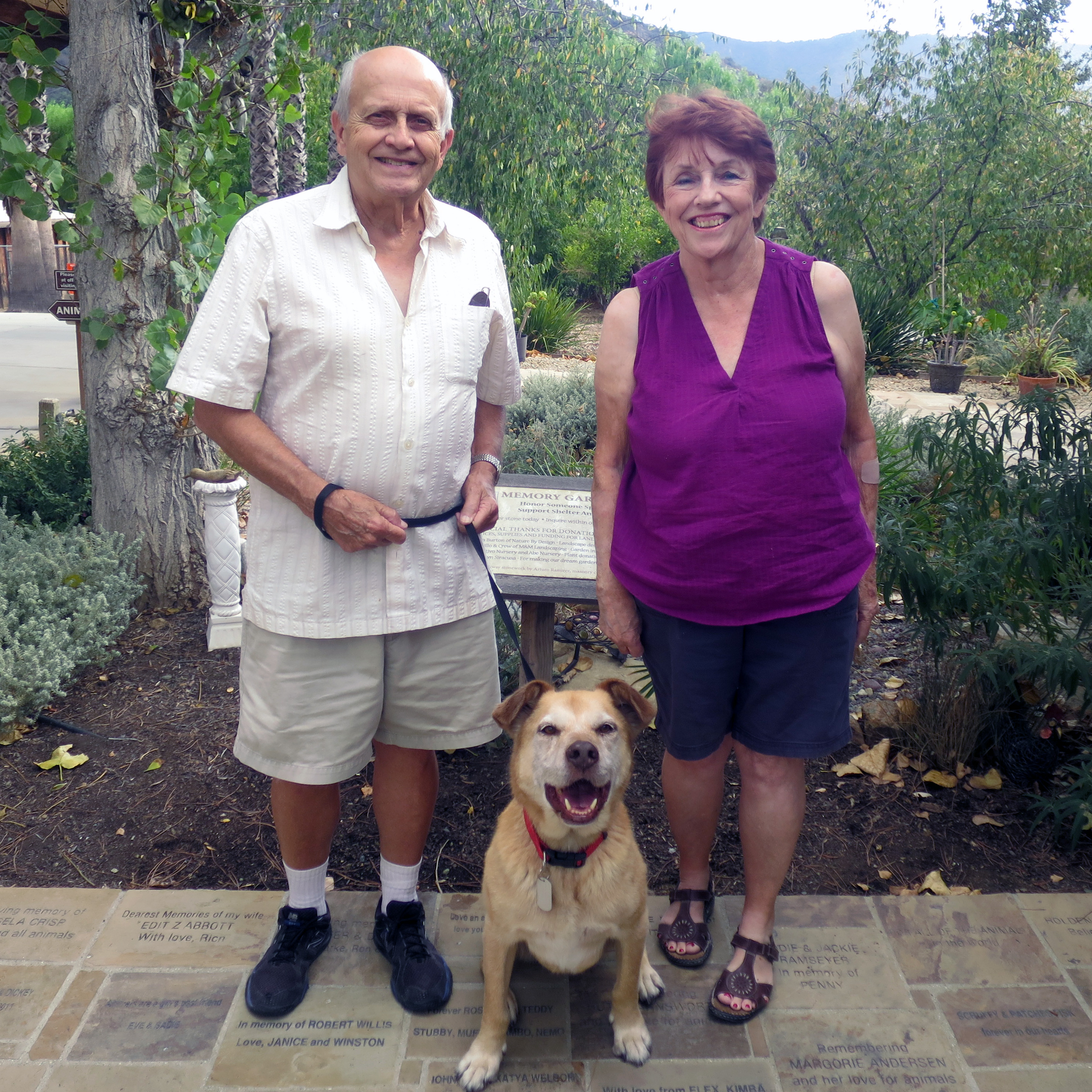 Last week was a wonderful week for senior dogs at the Humane Society of Ventura County! Eight year old Fred had been at the shelter for nearly 14 months when Herb and Creda saw him and fell in love.

Over a year ago, in July of 2015, two dogs were abandoned at the storage facility next door to the shelter. Lovingly named Fred and Ethel these two became staff and volunteer favorites very quickly. Ethel was the first to find a home this past spring but Fred's lucky day didn't come until last week. We have already received a report on Fred and hear that he is doing great and his new owner's are absolutely smitten with him.

Fred will be dearly missed but we are so happy that he found a home with such fantastic people-the picture says it all!