Levi is All Grown Up! 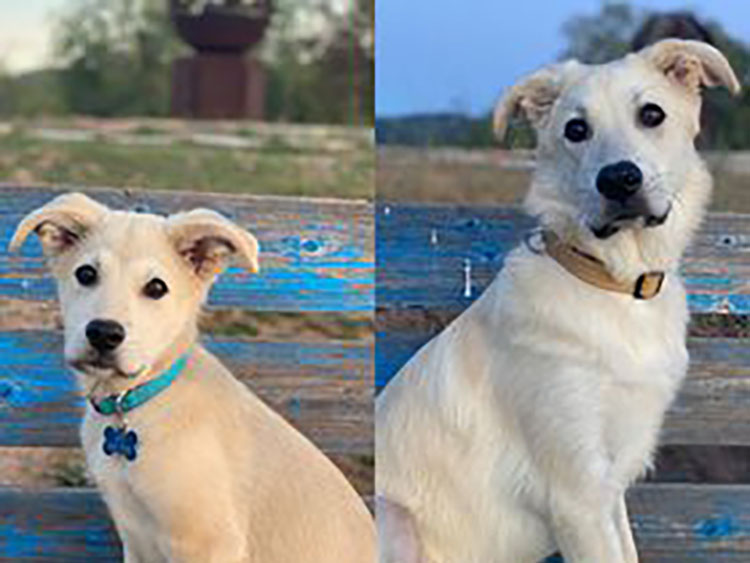 Six months later and Levi has grown up to be such a handsome boy! Formerly Chandler, 9-month-old Levi was part of our "Friends" litter named after the characters of the iconic sitcom. He was adopted in mid-January and his new mama, Terra, is still completely obsessed with him! 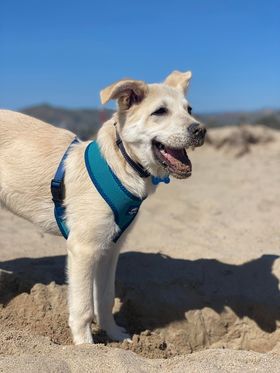 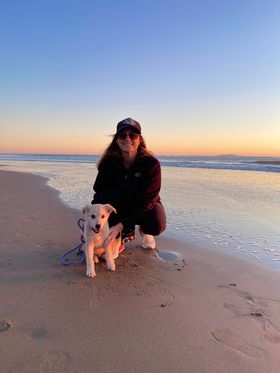 According to Terra, Levi is the sweetest, most loyal pup! He loves to play with other dogs and even enjoys spending time with her rescue cat, Nova. His other hobbies include hiking and playing fetch for hours. 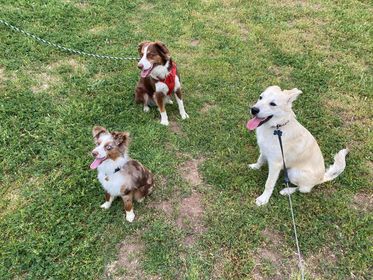 Terra recently got Levi DNA tested to see what his exact mix was. It came out as mostly German Shepherd and Great Pyrenees! What a great mix! 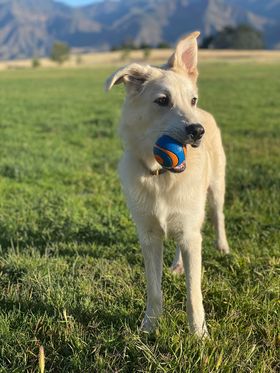 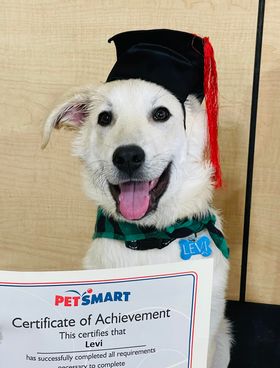 Above Left: Levi is so smart he even was able to graduate from obedience school through Petsmart. We are so proud of the amazing dog he has become!