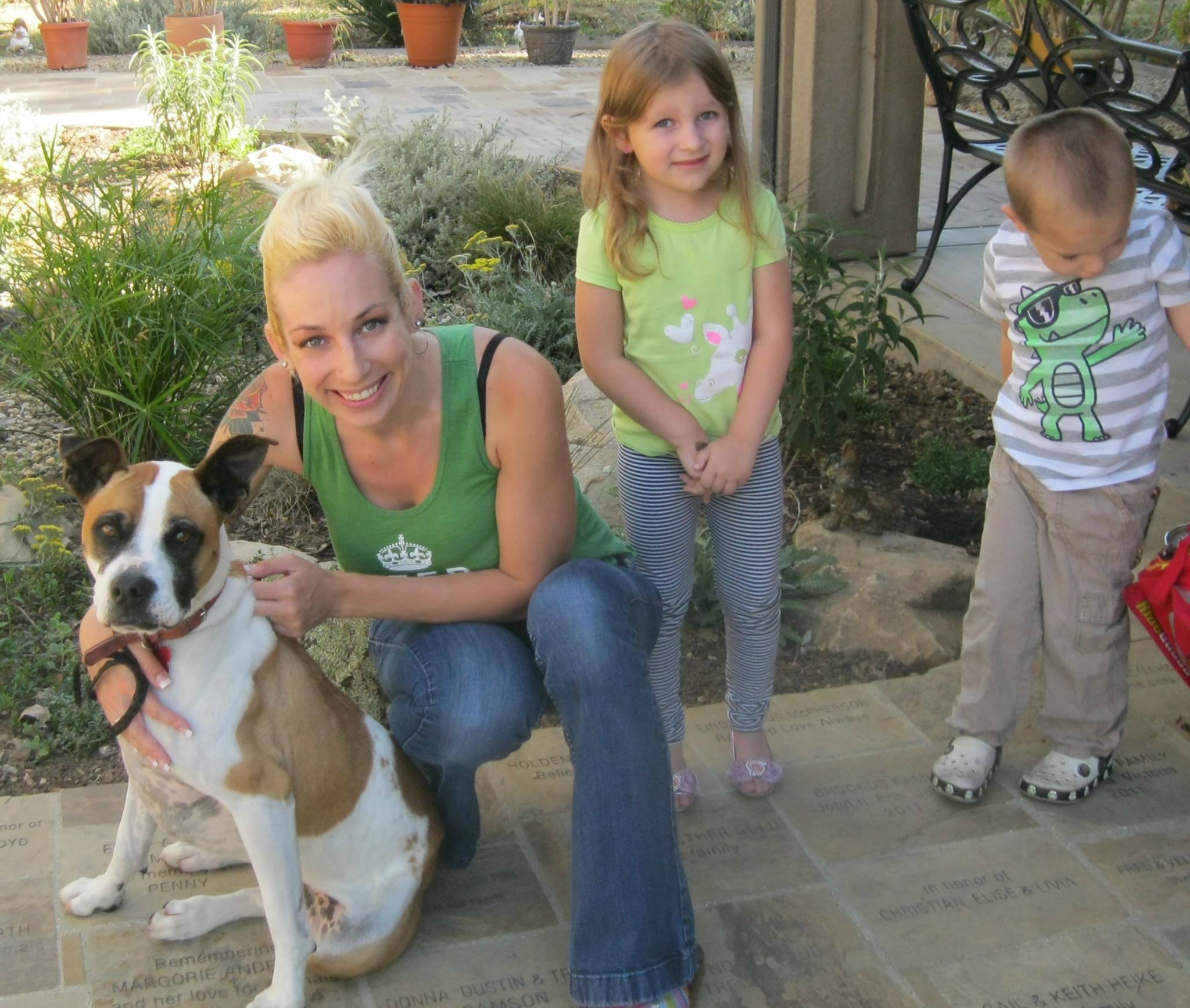 We are happy to let you know that Kona was adopted yesterday by Allison and kids Elizabeth and Liam. For those who don't know Kona's story....She was originally adopted from us as a puppy back in 2009. She was dropped off with another dog last November when their owner moved away

Things were looking up...we thought. She was adopted in January but returned a couple of weeks later. Kona had surgery on her leg while with her first owner and her adopter didn't feel like she could take care of her. Kona has been through a lot and we are so excited about this adoption and Kona's new life!!