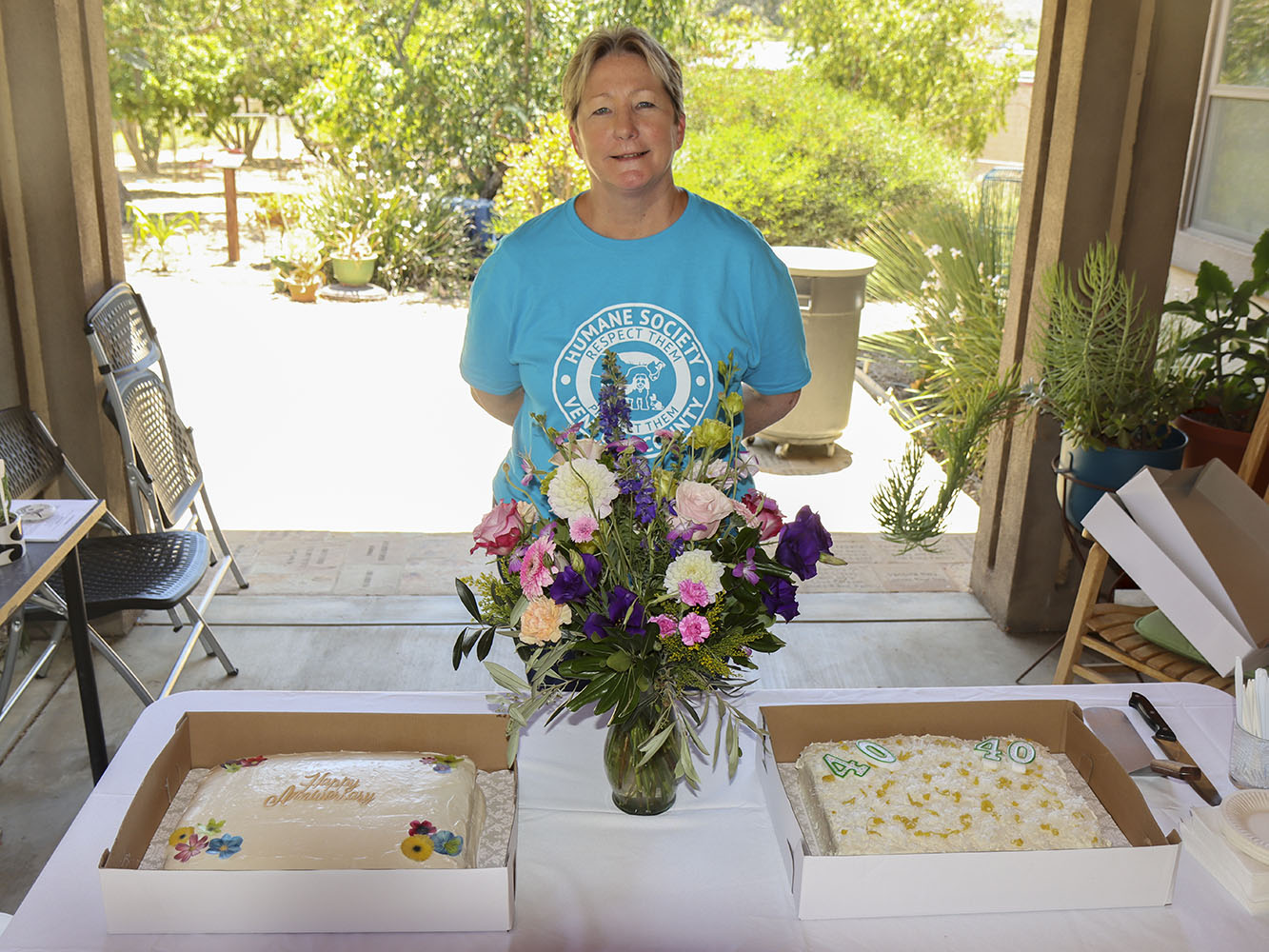 Congratulations to Shelter Director, Jolene Hoffman, on celebrating her 40th anniversary with the HSVC! Jolene has worked for the shelter in several roles over the years, and we are so grateful for her dedication to helping animals in need!

Jolene began her journey with the HSVC as a volunteer in 1982. Shortly after, she was hired full-time as a front office staff member and then promoted to Office Manager. She also spent time serving animals in need as a Humane Officer. From working in the kennels to humane education, Jolene has done it all! It was only fitting that after so many years of experience at the shelter she was named the Shelter Director. 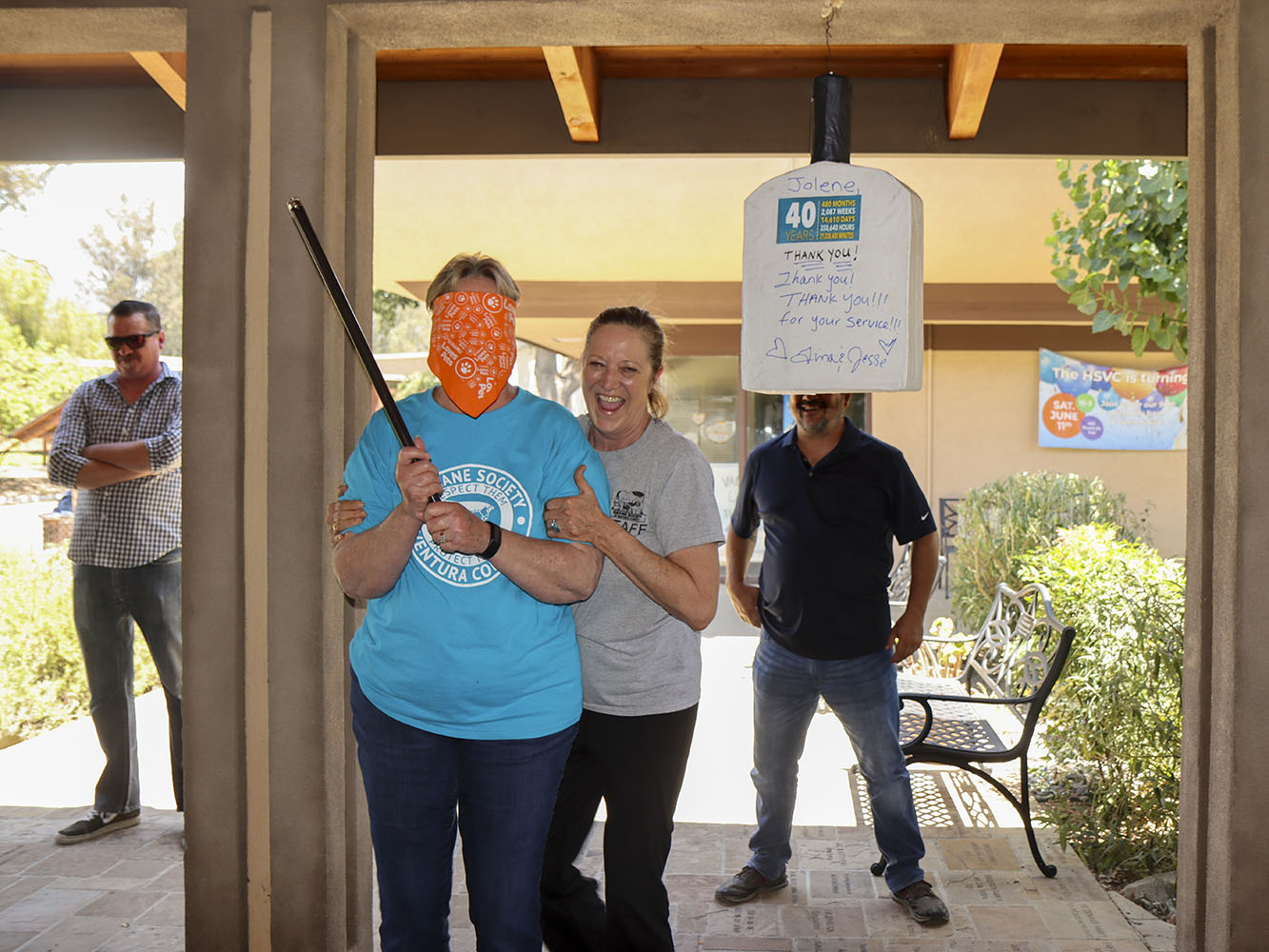 Above: Assistant Shelter Director Arlene Macsween prepares Jolene to hit a pinata during her 40th-anniversary celebration.

"Jolene and I have worked together for nearly 20 years. She loves the shelter more than anything and is one of the most kind, hardworking people I know. She has dedicated a huge part of her life to the staff and animals here and we are so proud of her accomplishments!" said Assistant Shelter Director Arlene Macsween. 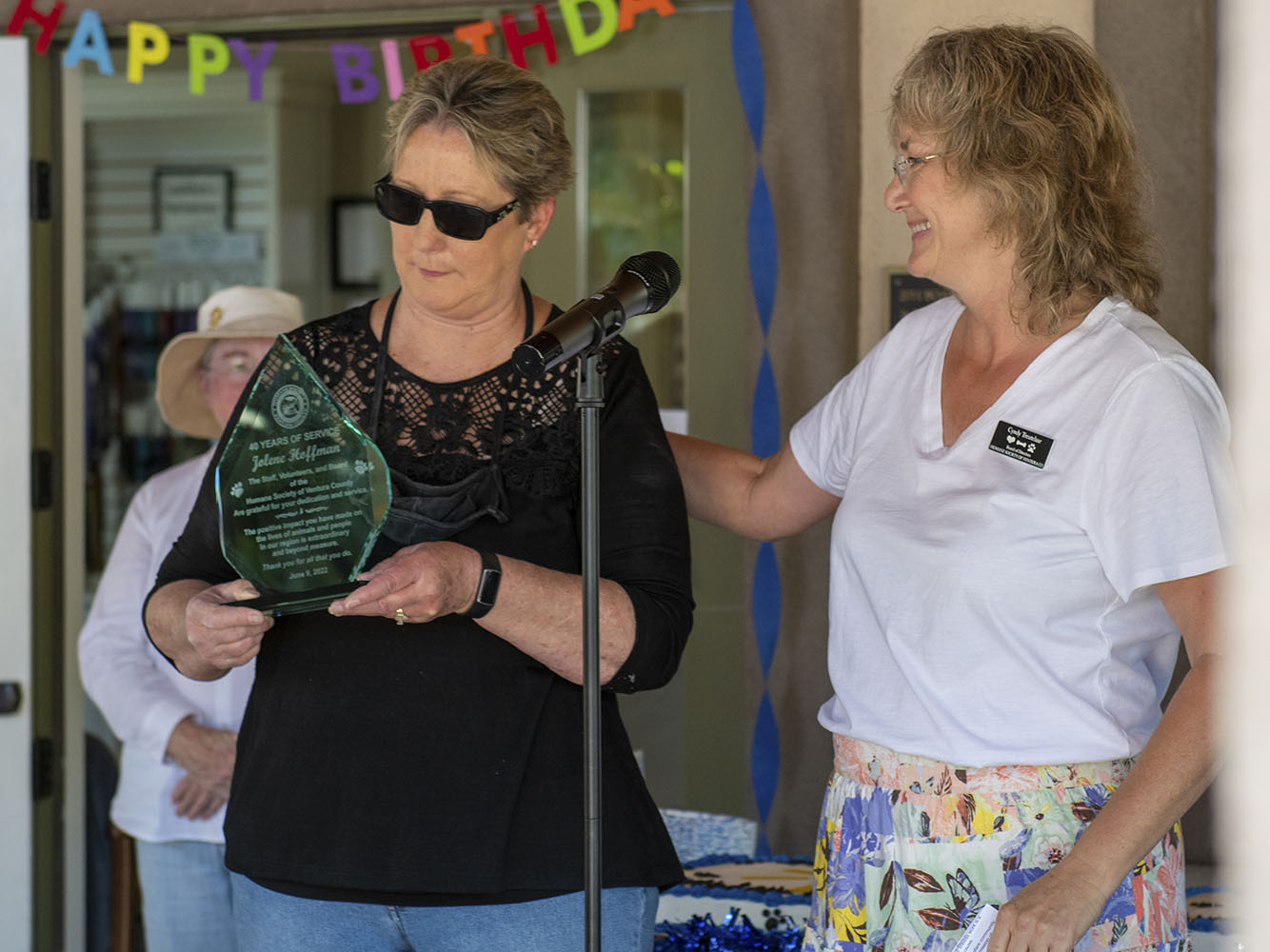 Jolene was also honored at our recent 90th birthday bash. President of the Board of Directors, Cyndy Treutelaar, presented her with an award recognizing her 40 years of service to the shelter.

Congratulations, Jolene, on your milestone accomplishment with the HSVC!