Four Surprising Dog Dangers In The Garden And Swimming Pool 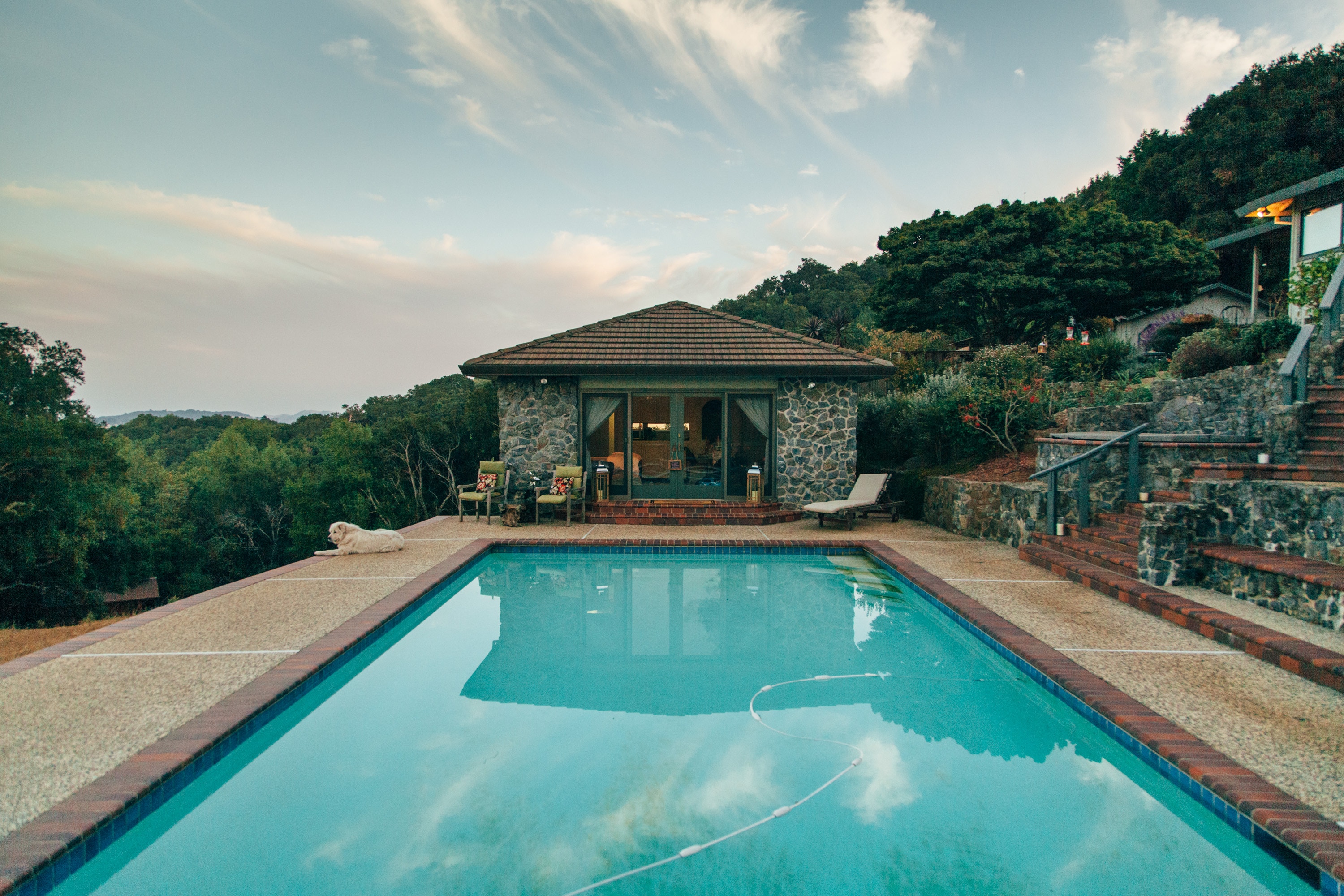 Your dog loves spending lots of time in the garden, completely oblivious to the dangers lurking there. You might also be unaware because some risks are really surprising, like sticks!

As reported by Reader’s Digest, if your dog loves to play catch with sticks, he could end up swallowing some of the wood. Splinters can hurt his tongue, mouth and esophagus, while bigger pieces could cut his stomach or intestines. It’s best to collect sticks and toss them into the compost heap that’s out of bounds to Fido. Better safe than sorry! If you'd like to have a dog-friendly garden, read on to discover how to eliminate any potential dangers.

Just because there are lots of plants in your garden that you’re used to seeing around Southern California, it doesn’t mean they’re safe for dogs. Aloes are an example. They contain a chemical known as saponins that can cause diarrhea, vomiting, tremors and depression in dogs if consumed. Even if dogs just rub against an aloe leaf, they could suffer skin irritation. Another example of a toxic plant is chrysanthemums. Their colorful flowers look beautiful and they’re safe for human consumption, but they’re responsible for many dog poisoning incidents, according to the UC Davis School of Veterinary Medicine in California. When consumed, your dog will experience horrible side-effects, such as loss of coordination, vomiting, diarrhea, and dermatitis.

Chemicals In The Garden

There are some common chemicals that are used in the garden but which could be making your dog sick. One of these is insecticides that you faithfully use to eliminate insects and snails, but they are toxic to dogs. Look out for ingredients such as disulfoton and metaldehyde, which are particularly dangerous to dog health. It’s better to choose natural, pet-friendly solutions to keep your garden critter-free.

Another toxin to avoid is lawn chemicals. A study conducted by Purdue University in Indiana found that when dogs were exposed to lawns treated with herbicides, they had a significantly higher risk of bladder cancer. A beautiful lawn just isn’t worth sacrificing your dog’s health!

A Pool Without A Fence

A fence is vital to keep your dog safe around the pool, and make sure it’s closed whenever you’re not around. Your dog can encounter many dangers around the pool that can cause him to drown, even if he knows how to swim. Examples include seizures, falling into the water, and not being able to get out of the pool after a swim. When installing a pool fence, make sure there are no gaps in it through which your dog can crawl and that the holes in a chain-link fence aren’t large enough for him to use to climb.

Dogs love to lap up water from various sources in the garden, but if they’re drinking from pools or fountains, you have to ensure that the water’s clean. If you’re cleaning your garden water features with chlorine tablets, these should be avoided as they make the chlorine concentration too high. Choose natural products to target problems such as algae. As for swimming pool water, preserve its hygiene with regular maintenance so that it’s healthy for dogs to drink. If you’ve just had your pool treated with chemicals, keep dogs away from it for a while until the water’s back to normal.

The garden is your dog’s favorite place to run, play, and smell the flowers. But this sanctuary can easily turn into a nightmare if you don’t take some surprising garden dangers such as the above into account.