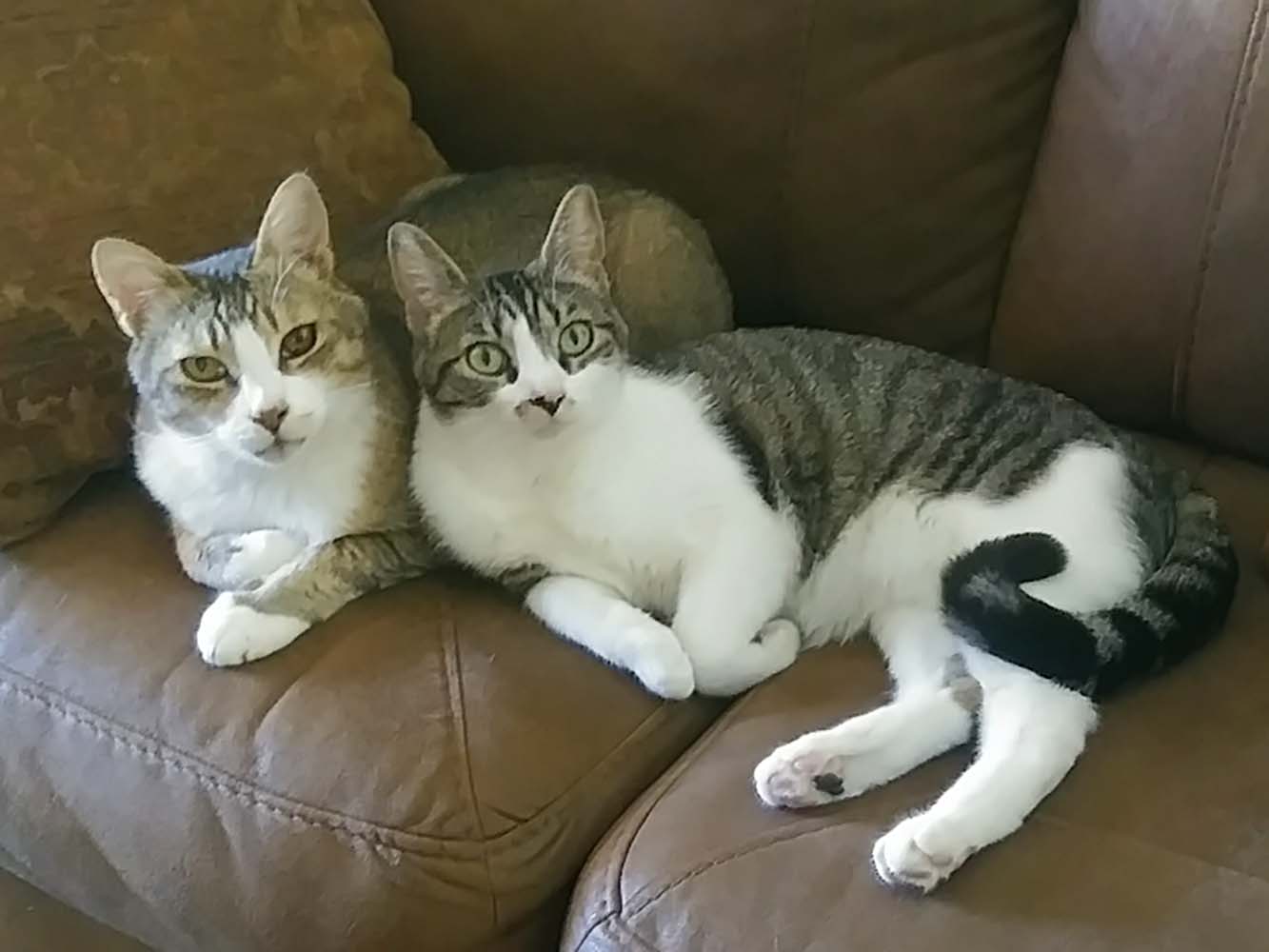 HSVC Kennel Manager Angela Hanline is the queen of foster fails. She first fostered 11-week-old Tanner (left) ten years ago and quickly decided she wanted to permanently make him a member of the family. Fast forward to late 2019; Angela decided to foster 5-month old Pepper (right) after she nearly passed away in her arms. It wasn’t love at first sight, but the pair eventually bonded and Angela officially adopted Pepper last month. 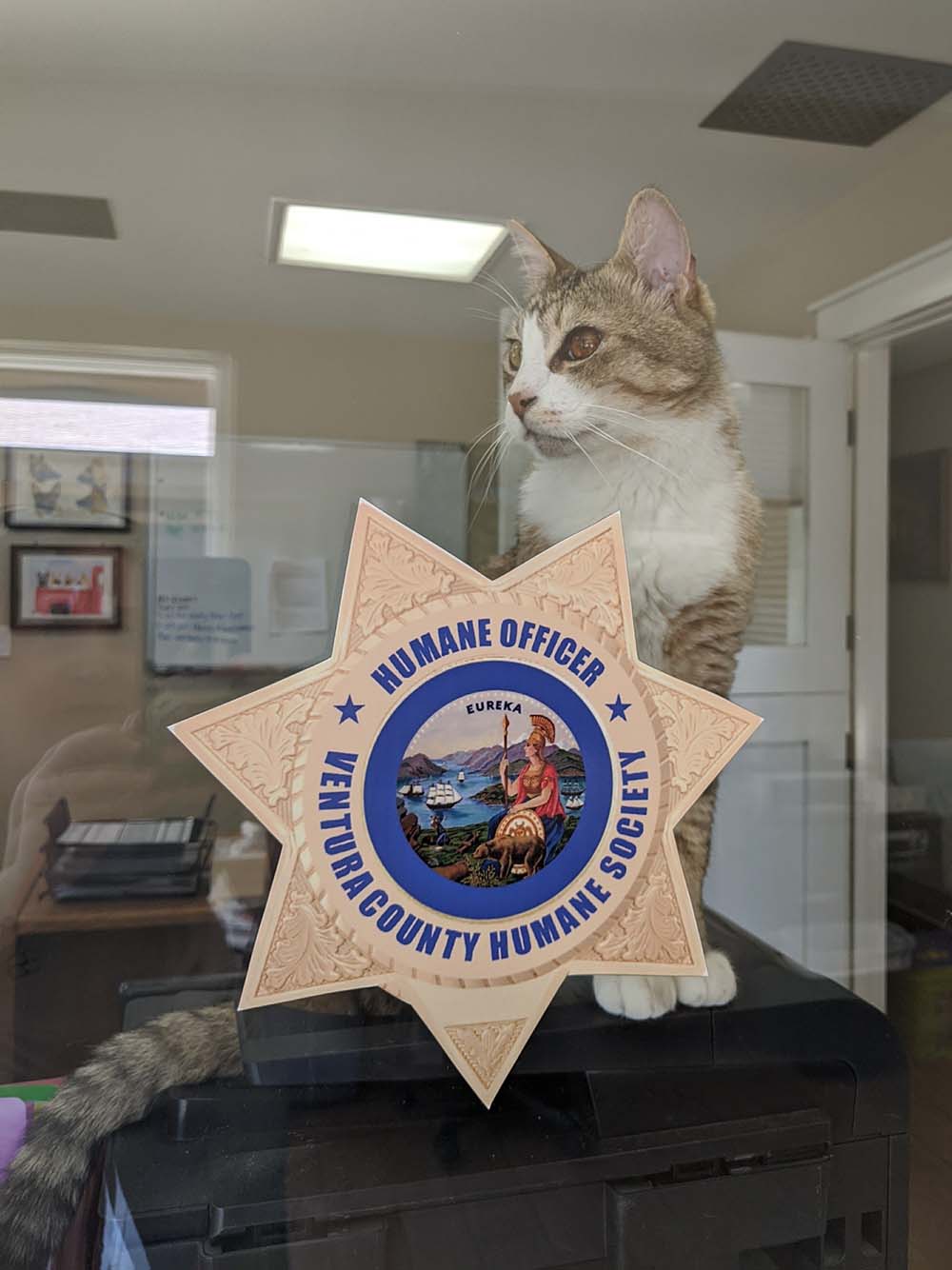 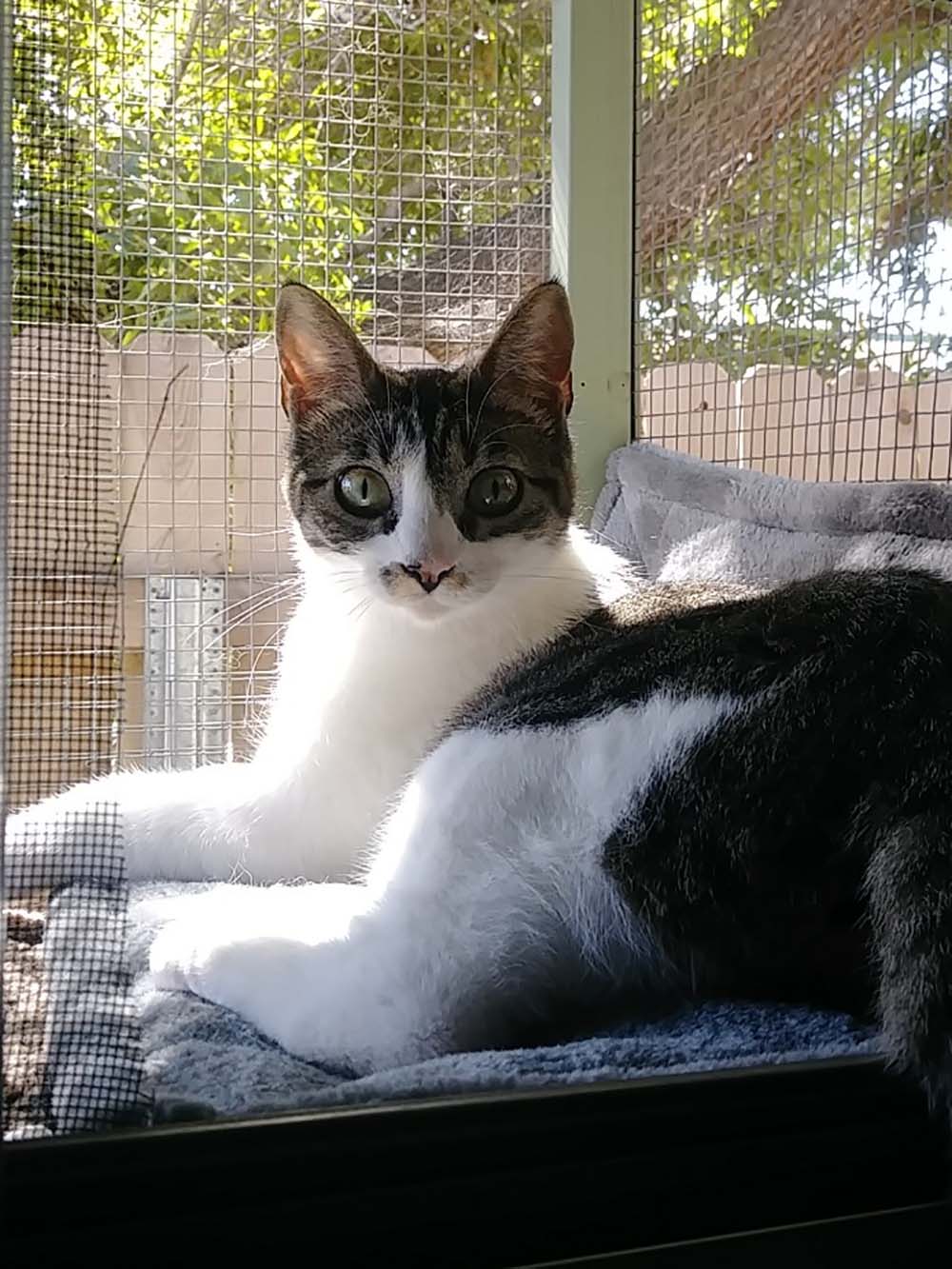 Angela decided to foster 11-week-old Tanner after seeing he was a “crazy fun kitty”. It didn’t take long for her to fall in love and never want to let him go. Ten years later and the pair are still going strong. “Tanner is like my life. I love him so much,” said Angela. The outspoken cat even makes appearances at the shelter, he loves sitting near Angela’s desk and peering out windows (above left).

Pepper (above right), on the other hand, became a part of Angela’s family in a less conventional way. She was brought to the HSVC after being transferred from Ventura County Animal Services. She was very sick, and Angela helped nurse her back to health. “Pepper and I bonded after she almost passed away in my arms. She was very spicy when she first arrived but now we’re best friends,” said Angela of her relationship with the sassy cat. 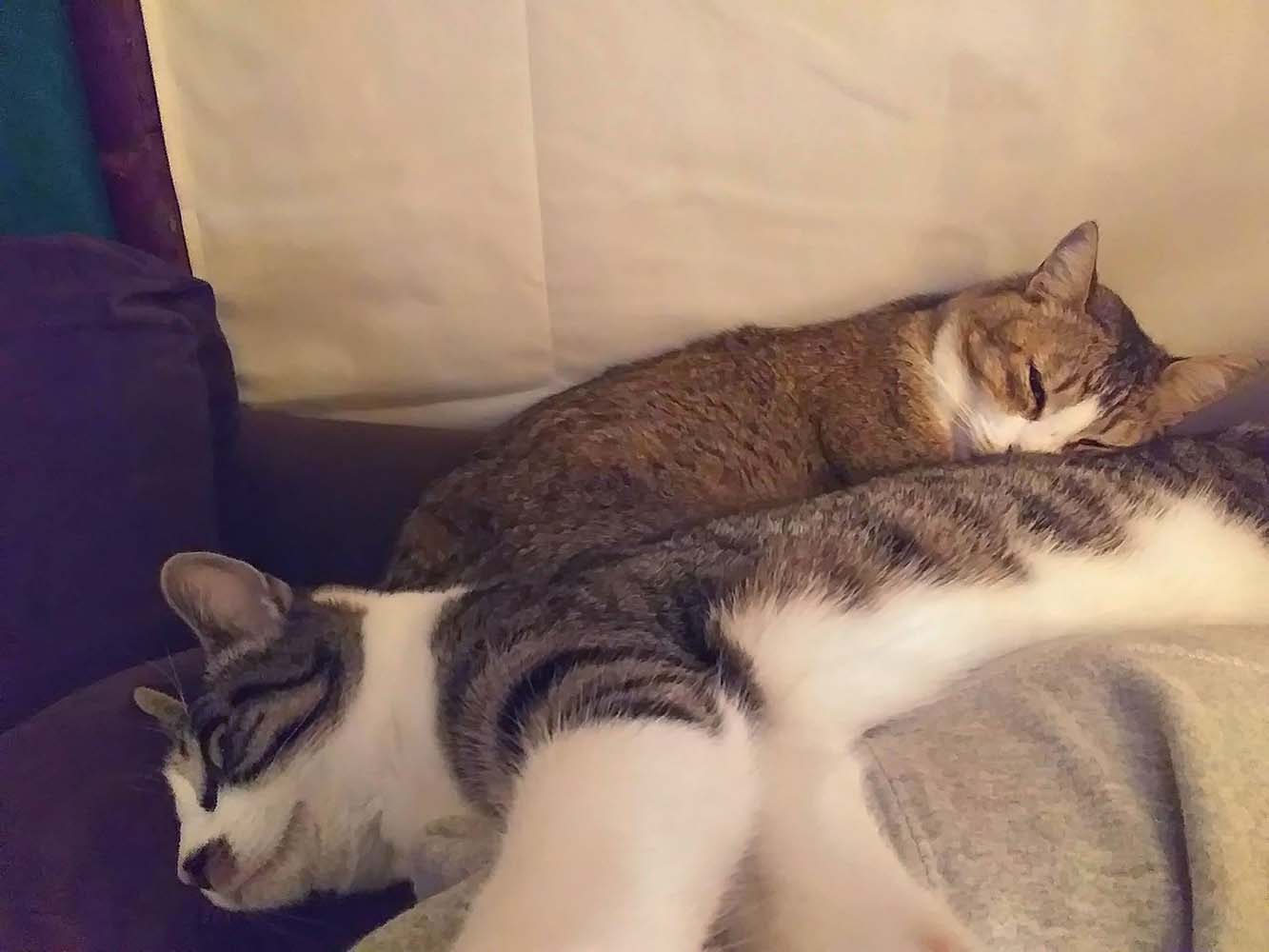 According to Angela, the pair of cats did not like each other right away. However, after spending some time together, they have become good friends. They even love to sleep together now! Thank you, Angela, for making these two cuties foster fails.