Enzo and Maurice are Living the Good Life 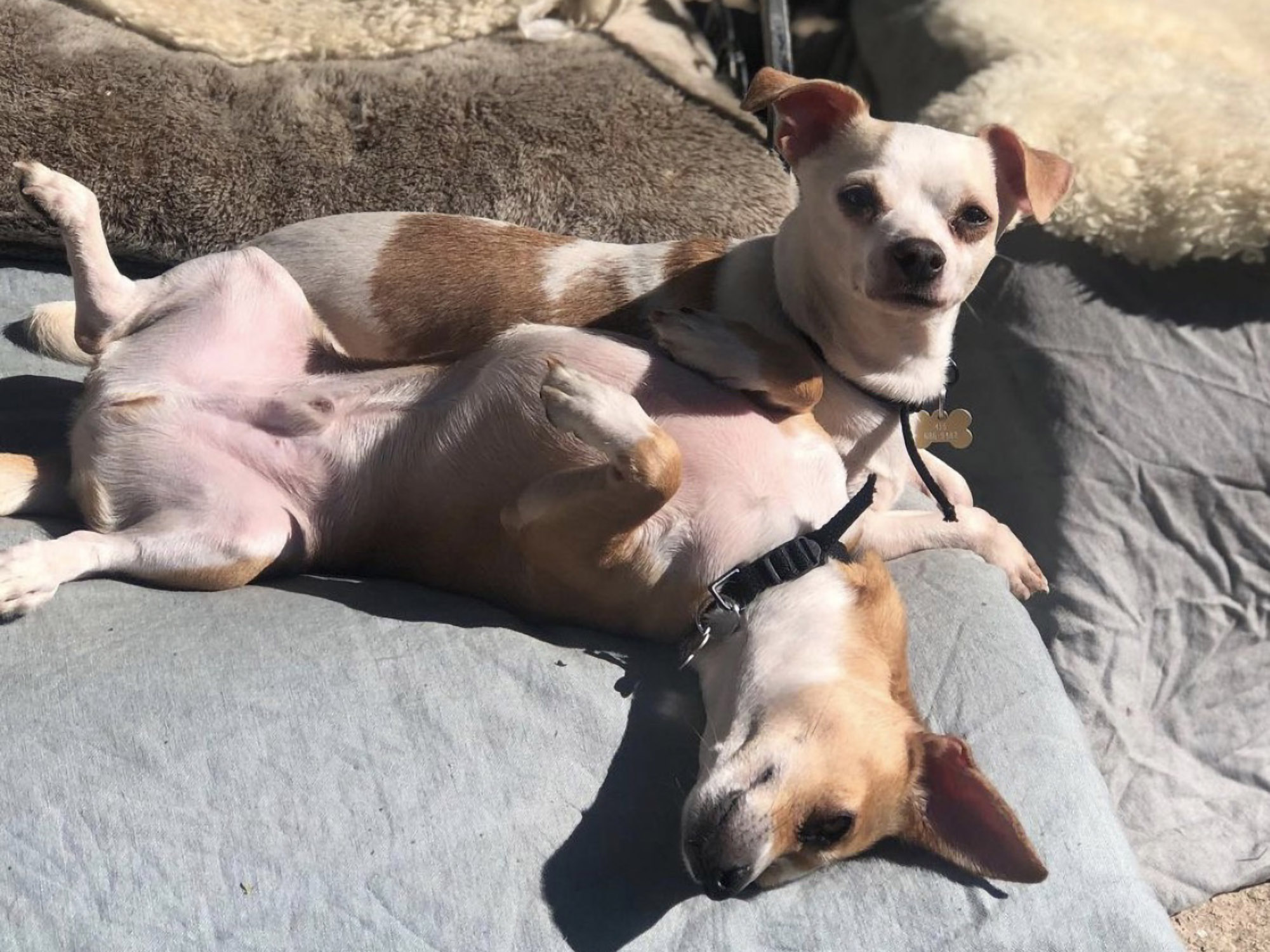 Two months later and rescue pups Enzo and Maurice, formerly Morris, are thriving in their forever home! This pair of cuties were transferred to the HSVC in mid-October as a result of a dog hoarding case in Santa Barbara County. They were adopted in November by Louesa and Curtis and have been living the good life ever since! 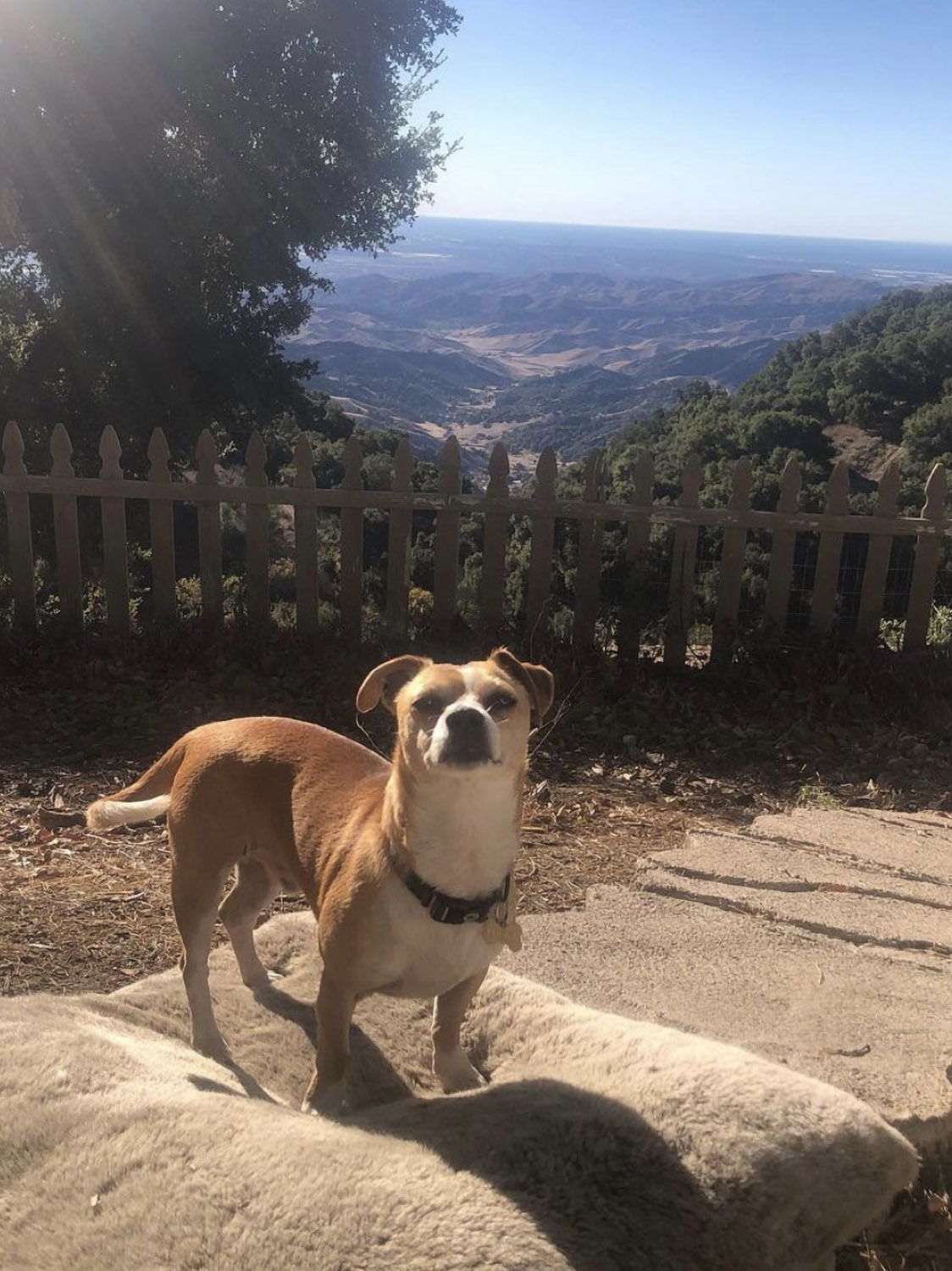 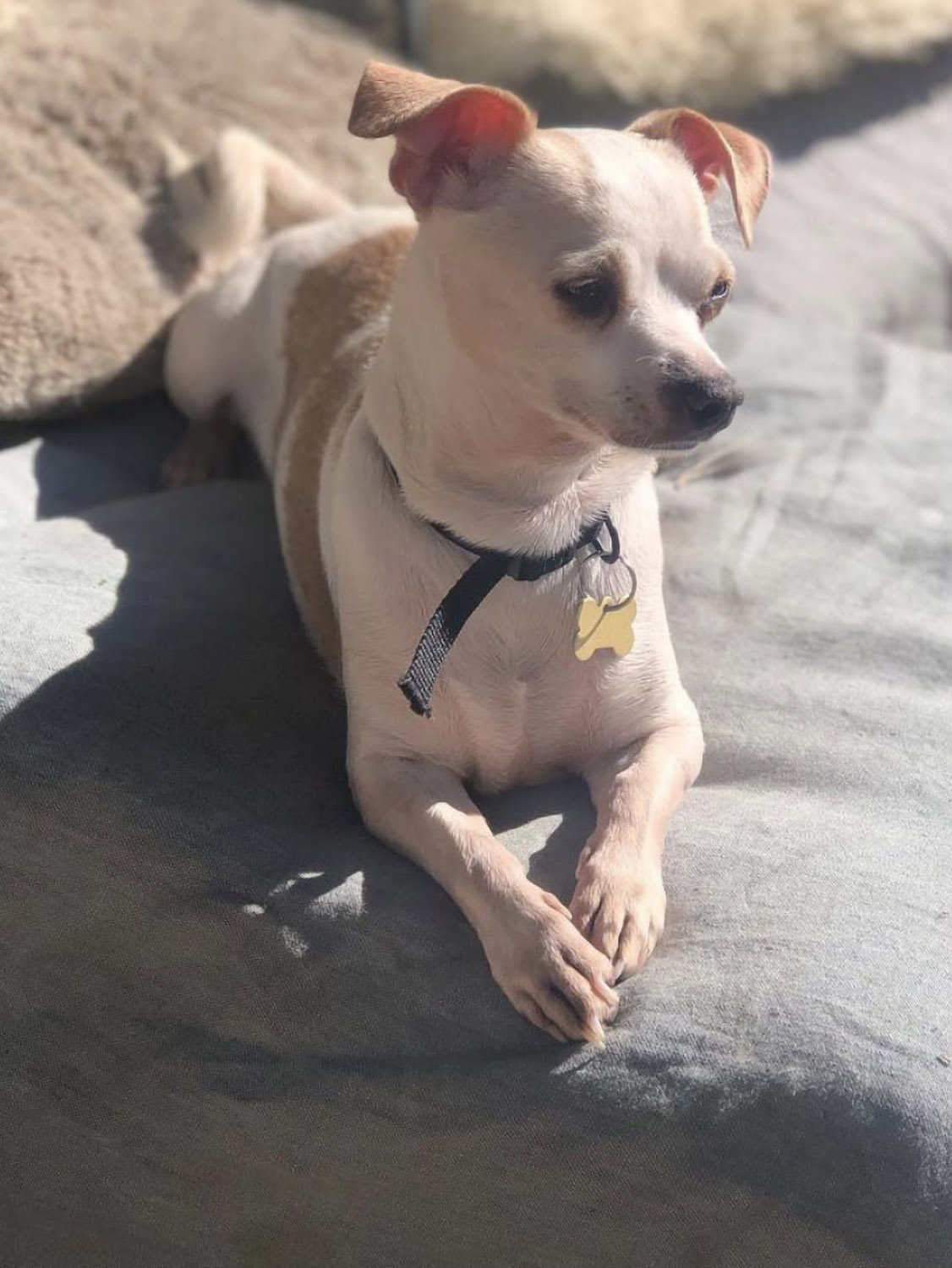 Despite the situation they came from, these two Chihuahua mix pups were incredibly affectionate with our staff when they first arrived at the shelter. According to Louesa, that loveable behavior has only continued since they were brought home in mid-November. “They are so so so wonderful, loving, and happy. We just love them!” said Louesa. 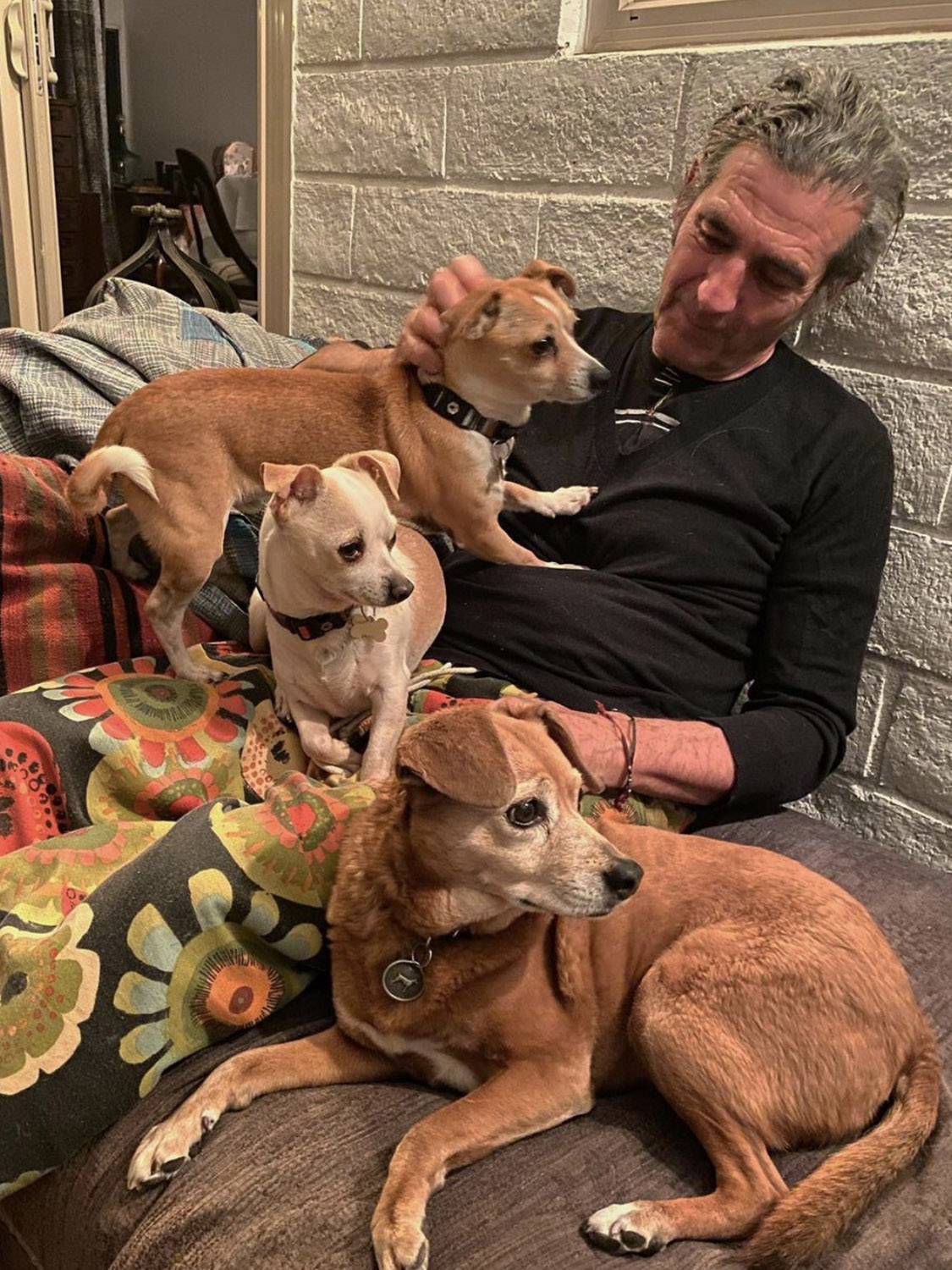 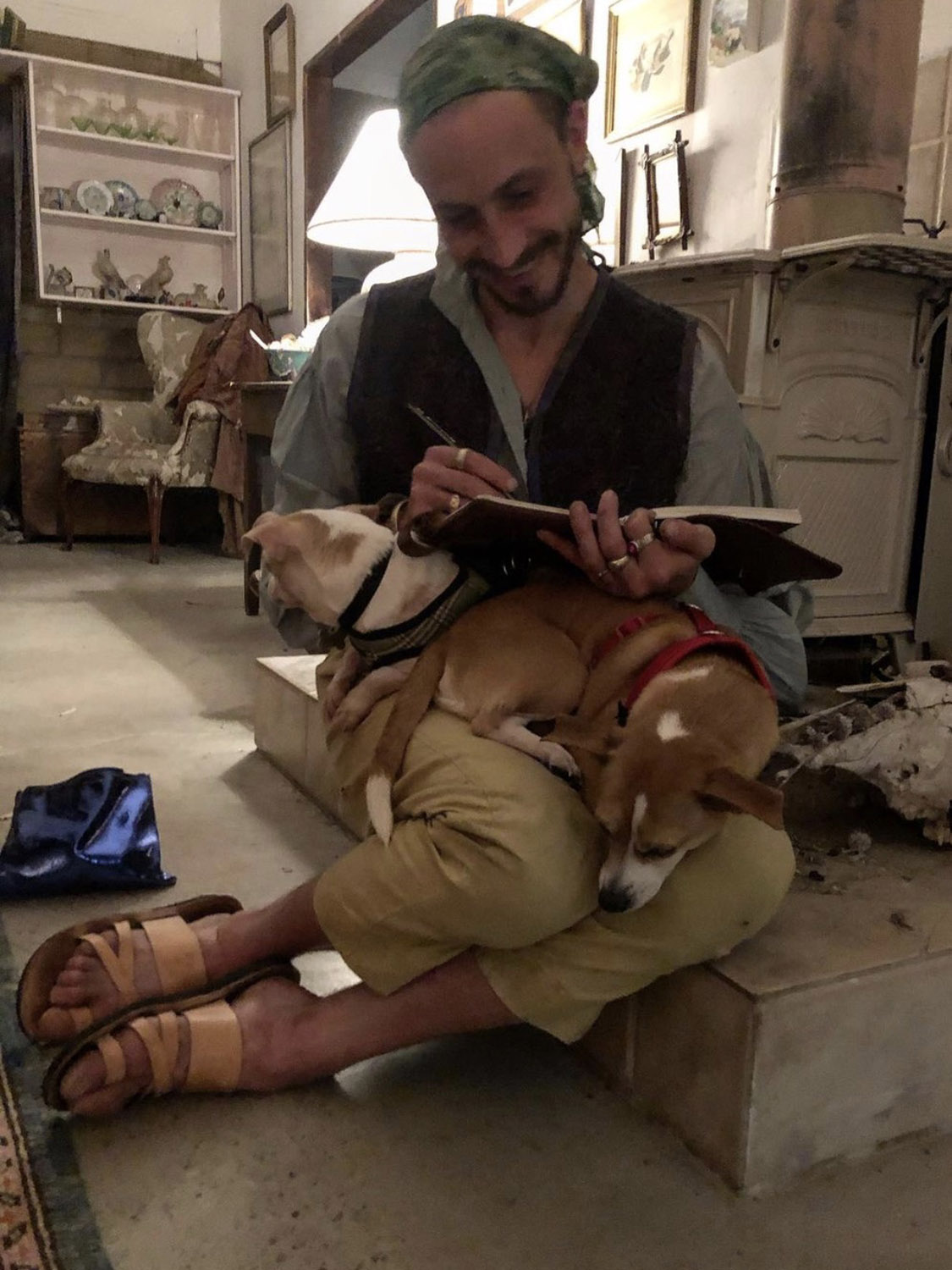 Along with their new brother, Scrap, the dynamic duo loves to spend time exploring the mountains, soaking up the sun in the backyard, and watching their humans paint. 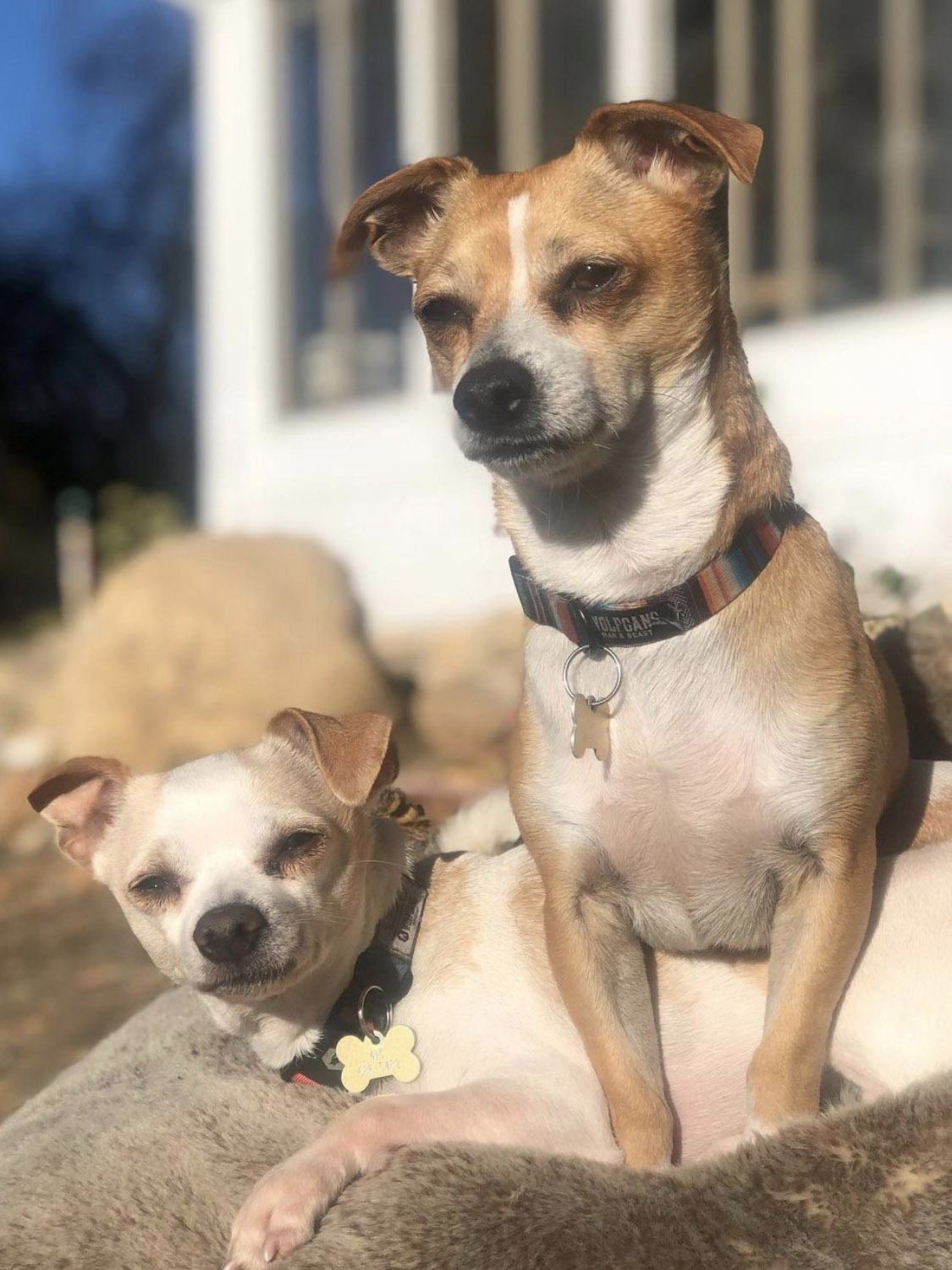 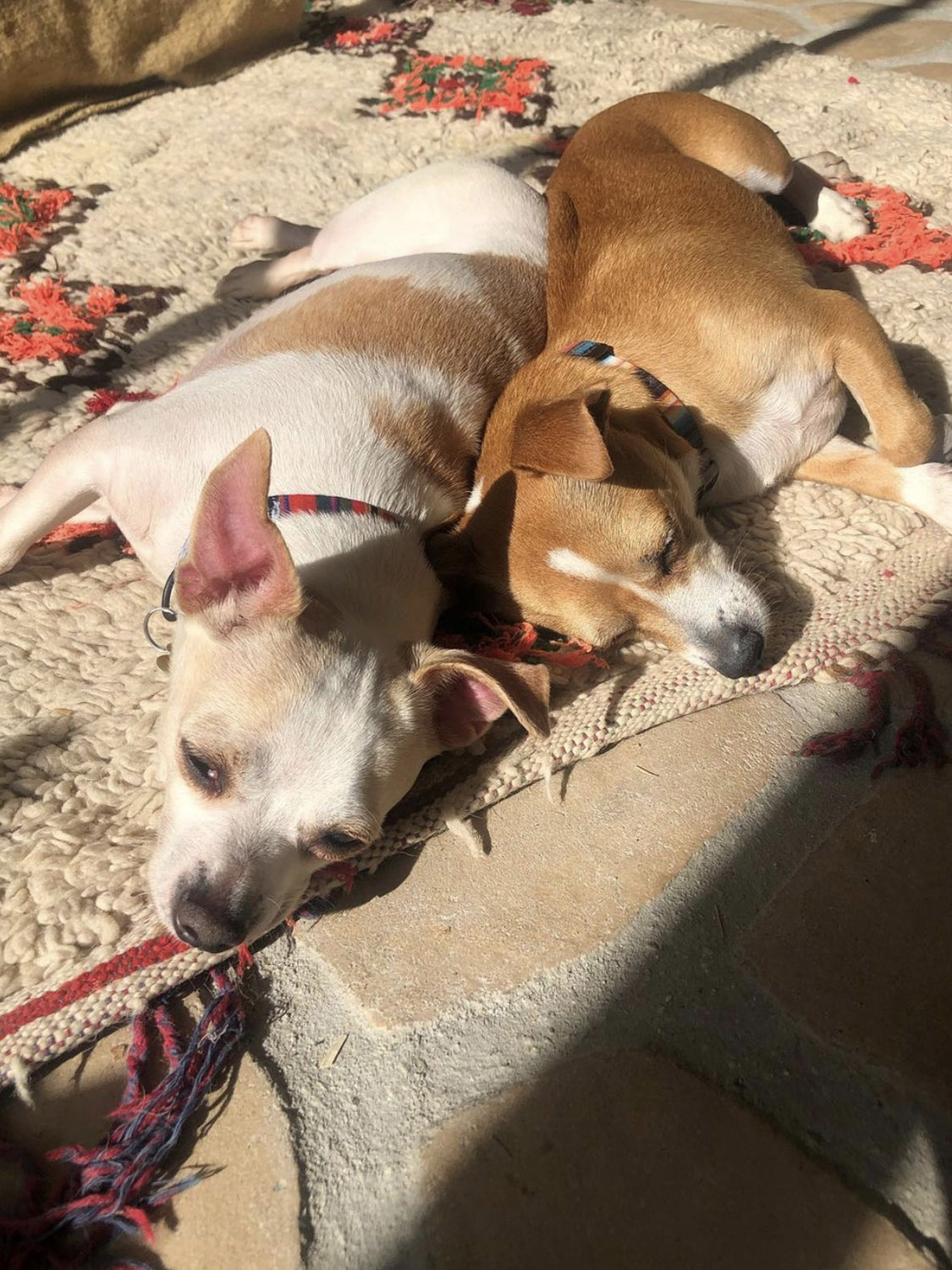 We are so grateful to Louesa and her family for taking a chance on Enzo and Maurice and giving them the life they deserve!