Dog Caught in Fire Brought to Shelter for Safety 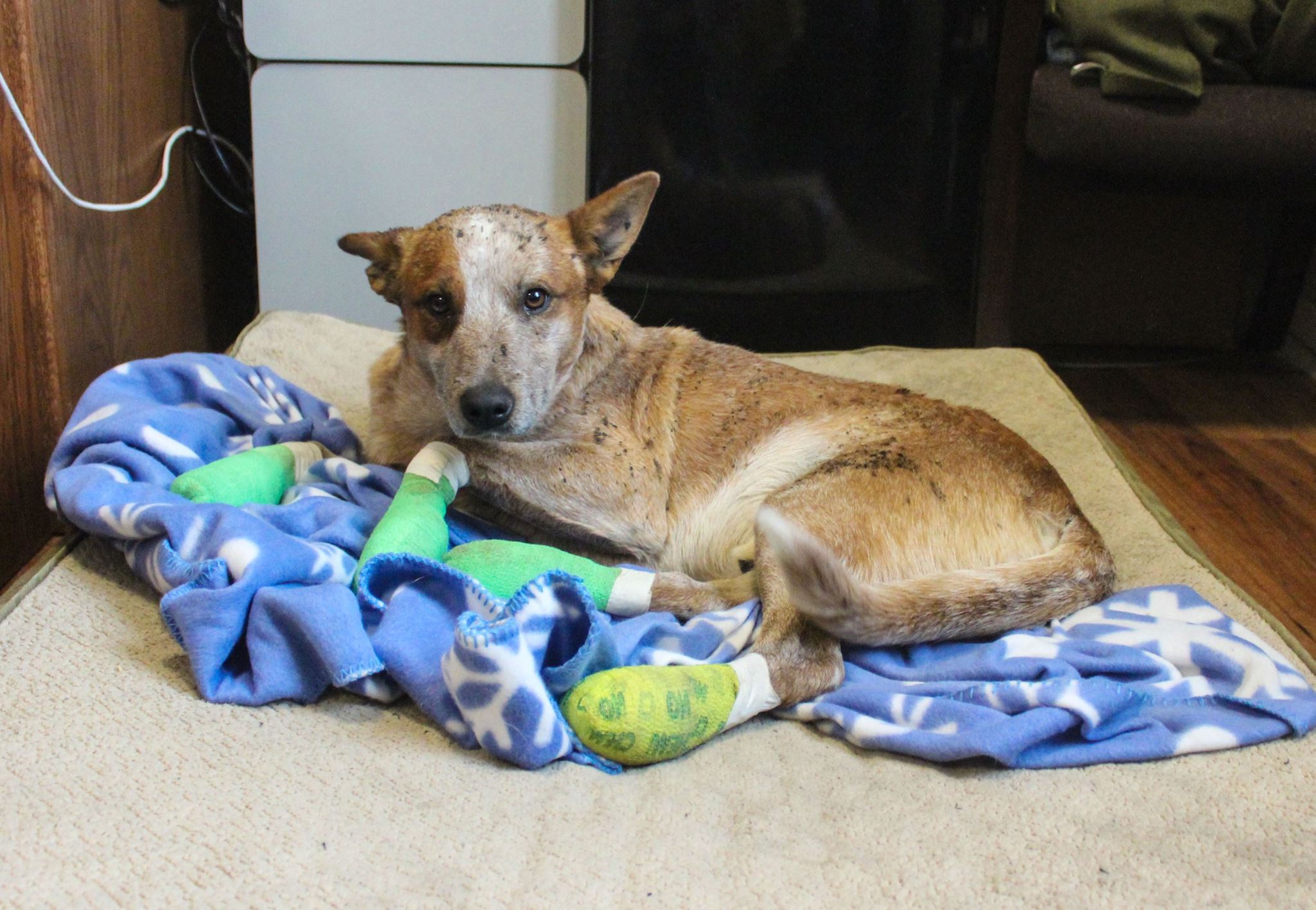 Each and every animal that has been brought to the Humane Society of Ventura County for safekeeping brings with it a story of hope and survival. These animals are in our care because in one way or another their lives and the lives of their families were threatened or in danger.

One such story is Mike, a 3 year old Cattle dog who came to us from upper Ojai. Mike was brought to the shelter the evening of December 9th after being cared for by Dr. Karen Moore DVM, a local veterinarian who has been donating her time to check on the health and welfare of the animals in our care. All four of Mike's paws and back were severely burned, his hair was singed, and he was covered in what looks like melted roofing tar. Mike required surgery on one of his paws and was relocated to the shelter where he is received personalized care from Humane Officer Kendra Winwood, Kennel Manager Angela Hanline, and volunteer Jenna Wedemeyer. Jenna, who lives locally and has a veterinary background has been looking after Mike when she is not helping with the other animals in our care.

Mike was later seen by veterinarian Heather Rally who had generously offered her services to the shelter along with making a large donation of supplies and was later transferred to a veterinarian facility until he could be returned to his family. If you would like to help animals like Mike who have been affected by the Thomas fire please consider making a donation today at www.hsvc.org/thomasfire. 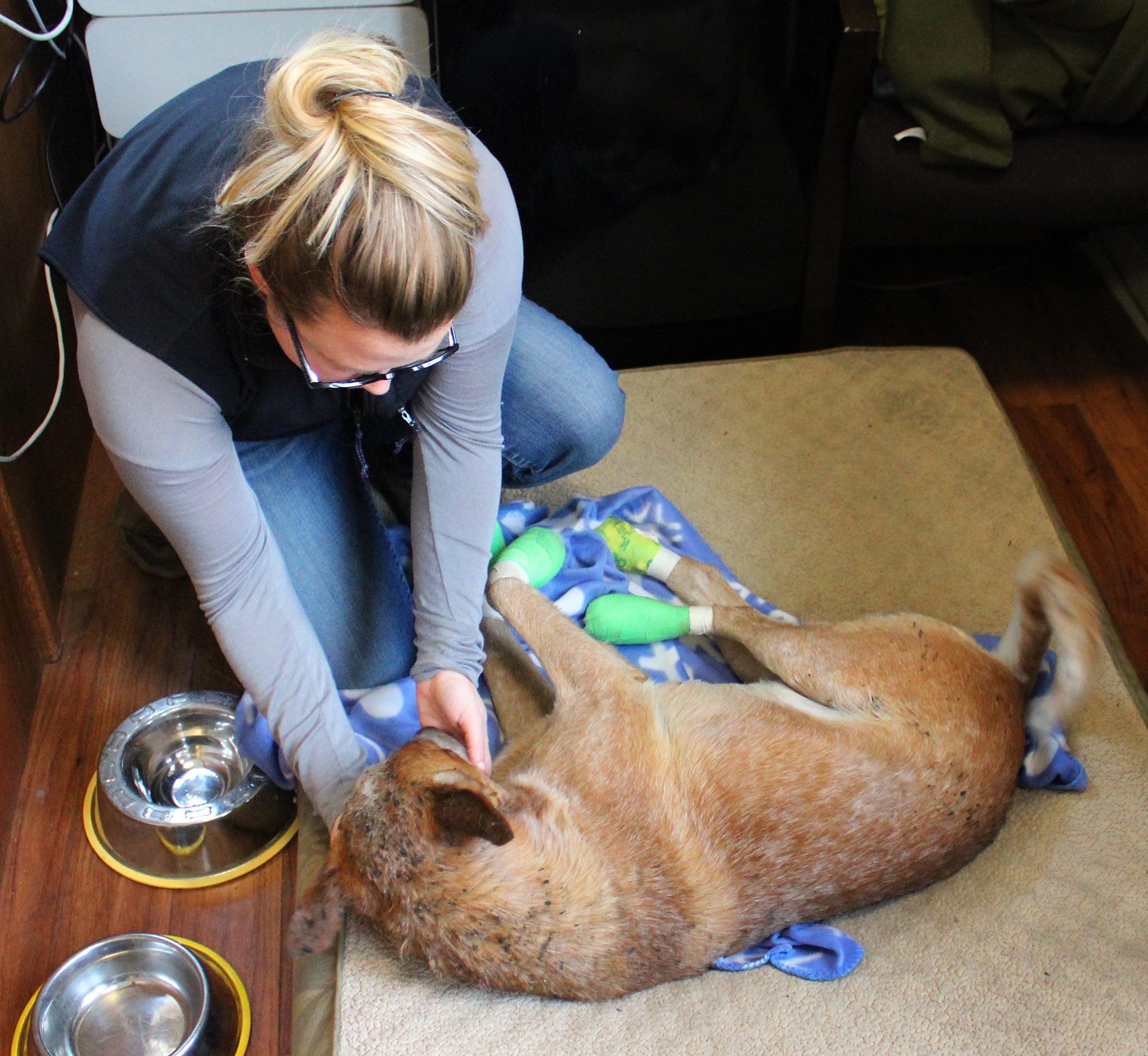 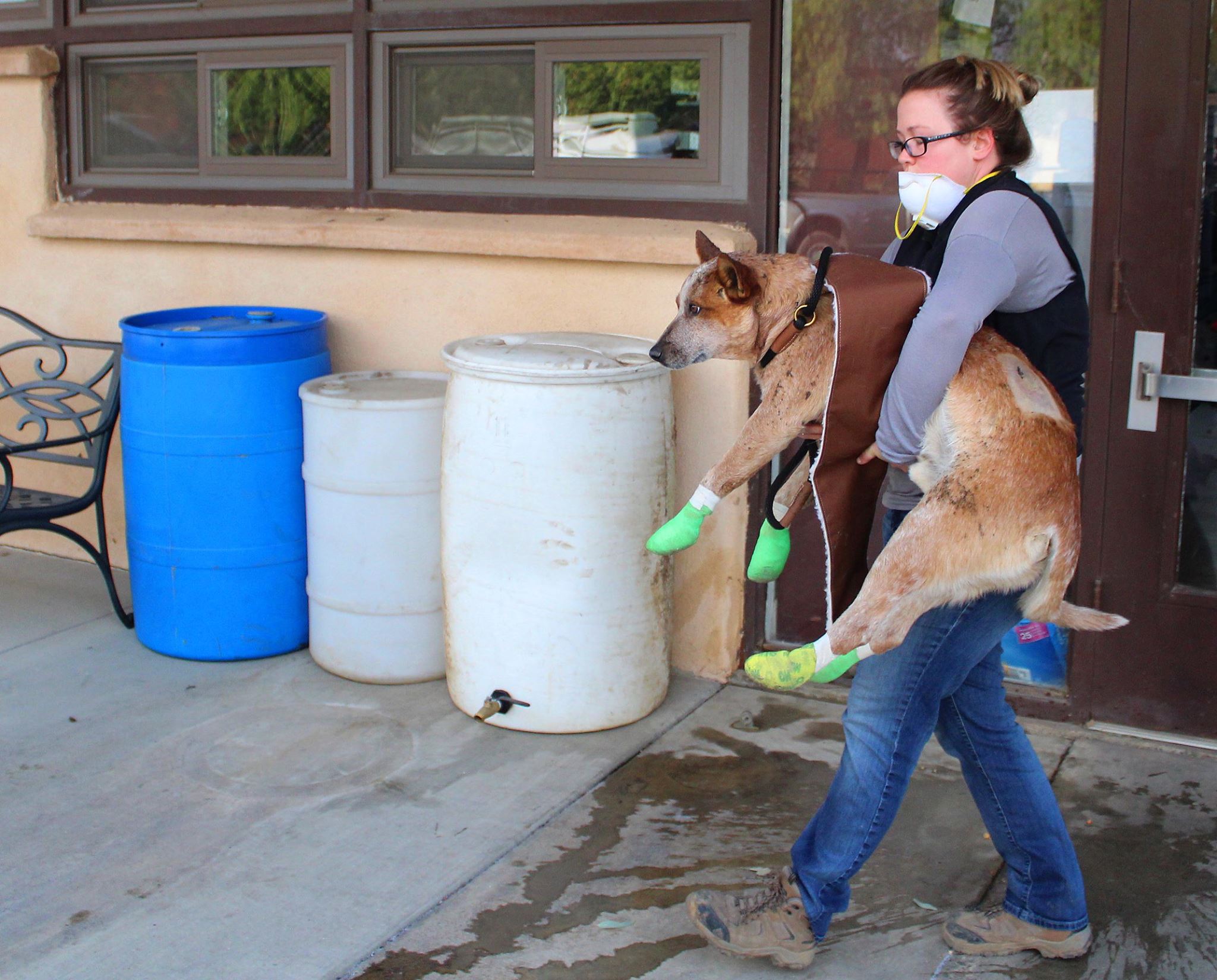