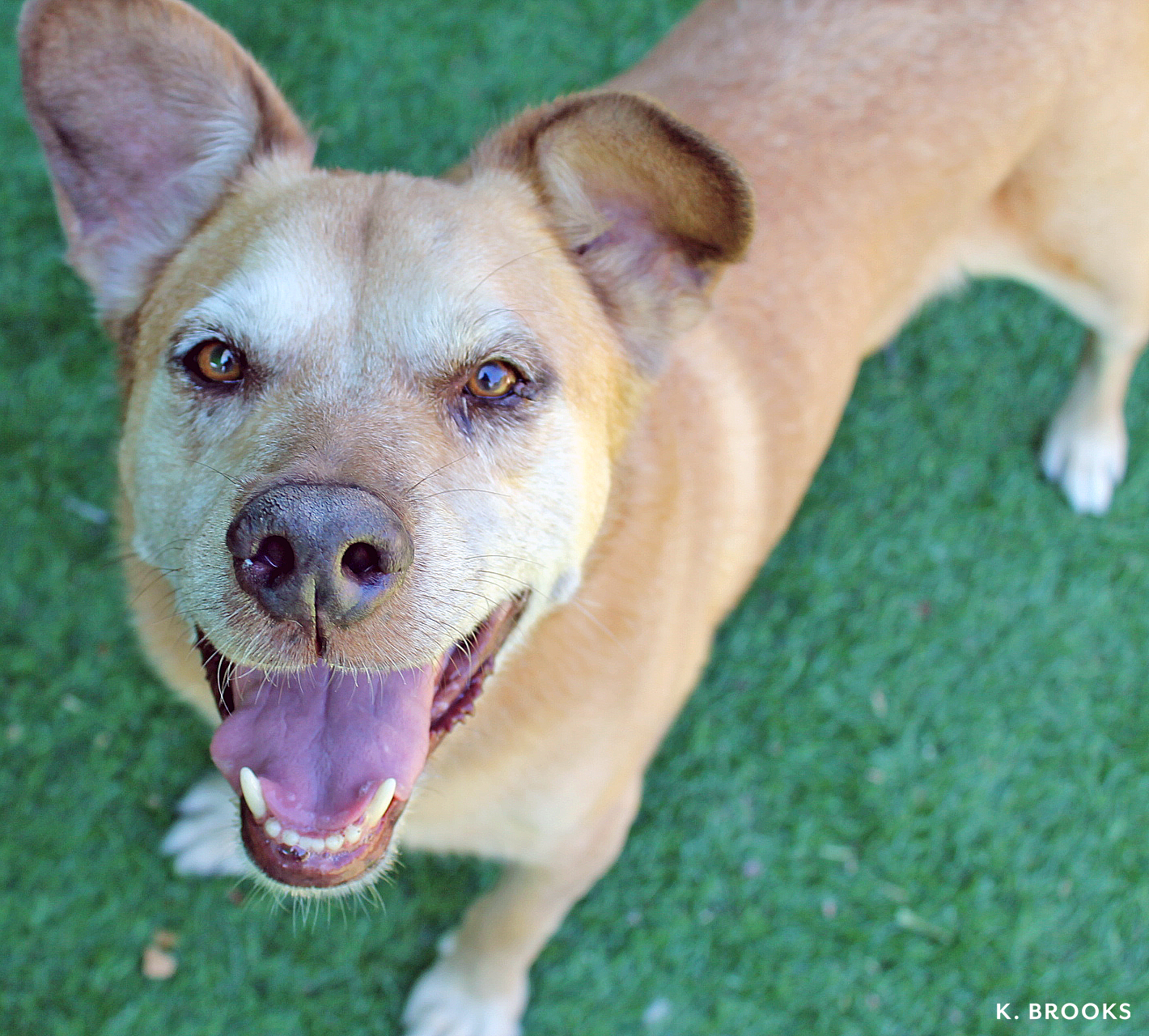 We have wonderful news! Long time senior resident and shelter sweetheart Fred has found a home after being at the shelter since July 1st of last year! Fred was left tied up with another dog, Ethel, at the storage facility next door-both clearly abandoned and severely overweight.

At first we thought that Fred and Ethel would be best adopted together but it turned out that both of them really began to shine when they were separated-we attributed this playfully to a marital spat. Fred instantly started making friends with other dogs and his playful and goofy spirit really began to shine through! We paired him with many other younger dogs and each one of them got adopted while Fred patiently waited. One day last week, Fred-who is between 8-9 years old, met some nice people and something between them clicked. We were all so happy to see him go to a wonderful new home all his own!