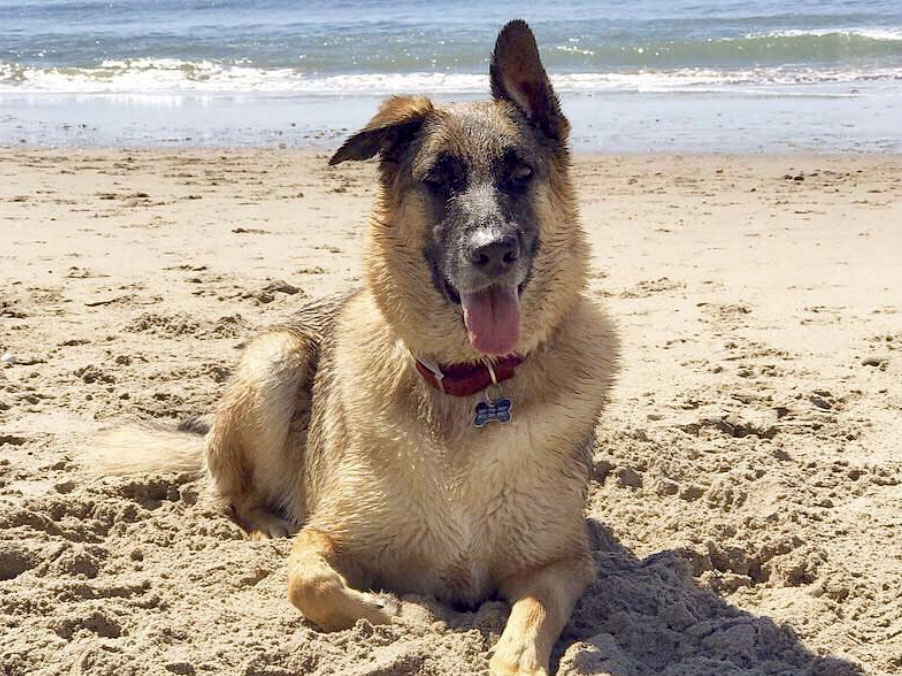 Gina and Bryan were searching for the perfect fur baby to welcome in to their new home. Gina, a volunteer with a German Shepherd rescue in Los Angeles, fell in love with the breed and knew she wanted German Shepherd pup of her own. Bronson made her wish come true!

In late 2017, Gina’s sister tagged her in a photo of a dog on the HSVC’s Instagram account, hsvc_ojai. That led Gina to scroll through our Instagram feed and find a “handsome, floppy-eared German Shepherd” named Bronson. Gina, not being able to resist, soon drove to the shelter to visit the adorable pup.

According to Gina, it was love at first sight. Kennel attendant Natalie was able to give her some background information about 8-month-old Bronson. He had been surrendered to the HSVC after his previous family had moved away and could not bring the dog along. 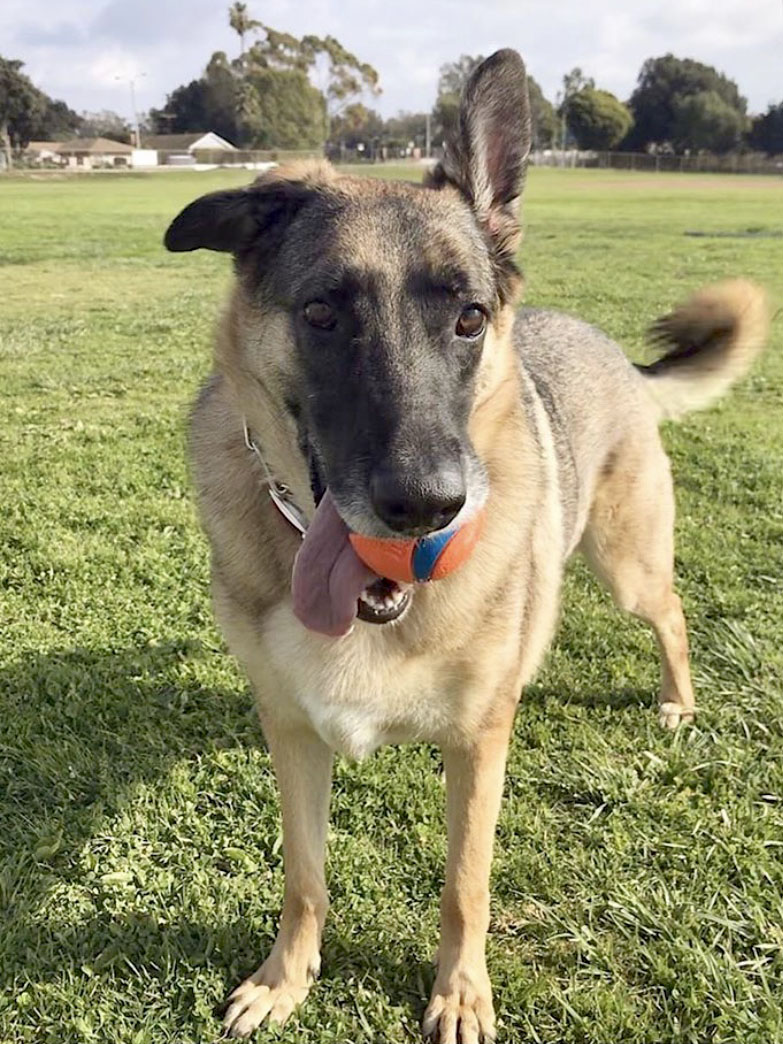 Gina soon brought her then fiancé Bryan to the shelter to meet Bronson. “I thought this dog liked me, but boy did Bronson immediately love Bryan. The two connected instantly, and I just knew – this was it!” says Gina. The pair finalized their adoption of Bronson on November 11, 2017. Gina says it was the perfect date to adopt the dog, since he made her wish of having a German Shepherd come true.

Three years later, Bronson has grown up to be a happy and healthy 115-pound big boy! He loves going on adventures to the beach and to the park to play fetch. Gina said, “He knows all his basic commands like sit, stay, drop it, and even speak! He was the easiest to train. He is spoiled by everyone in our family. He even gets his own stocking to open on Christmas Day.” 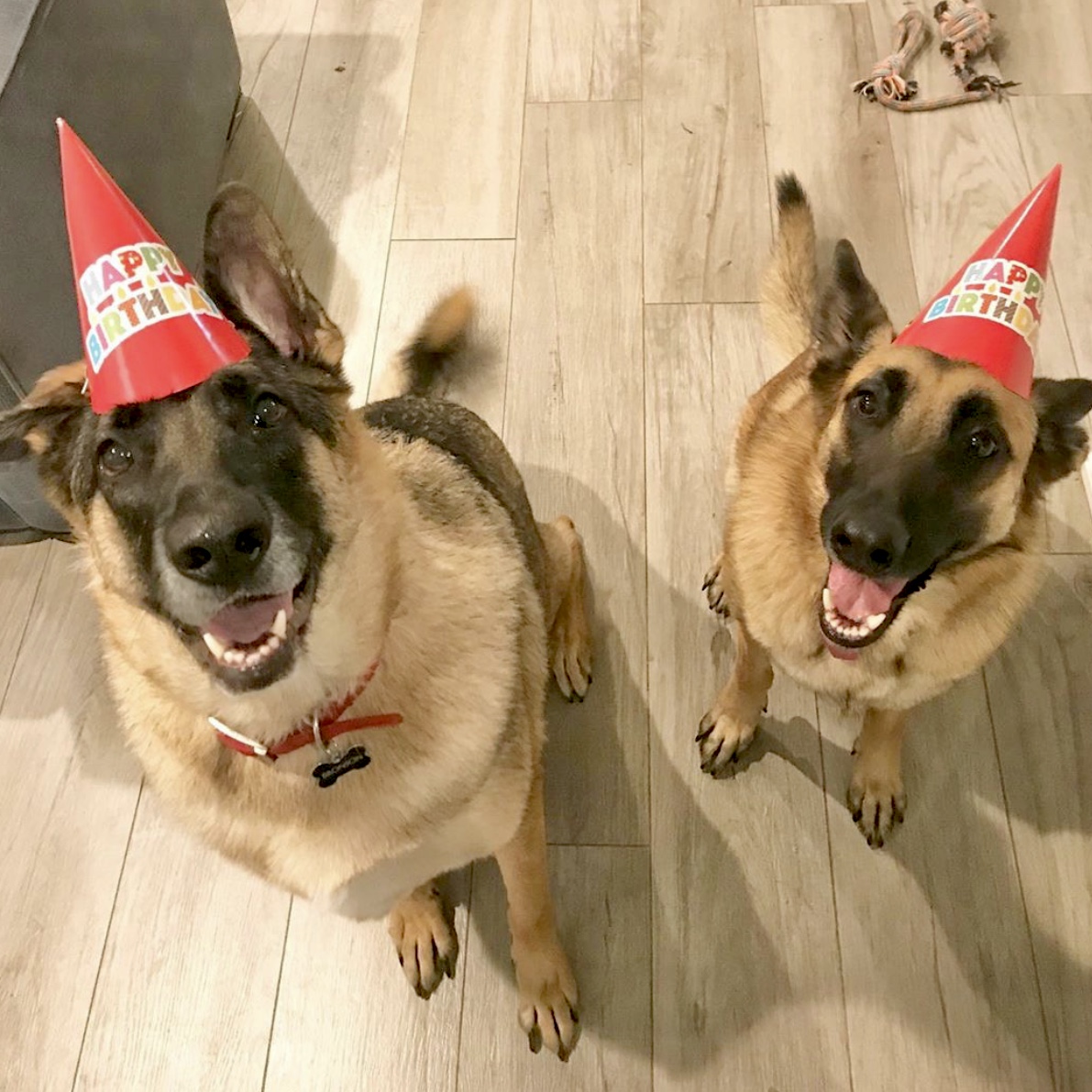 Bronson now has a “sister” Penny (above), a German Shepherd that Gina and Bryan rescued about a year after adopting Bronson. The pair of pups “adore each other” and play together every day.

Gina says she could not imagine her life without Bronson. “He is the biggest source of my joy daily, and such a special dog. He is such a good boy. He’s perfect, really. I knew from the moment I met him that he was meant to be with us. Perfect timing, and the HSVC-Ojai brought us together,” Gina gushed. 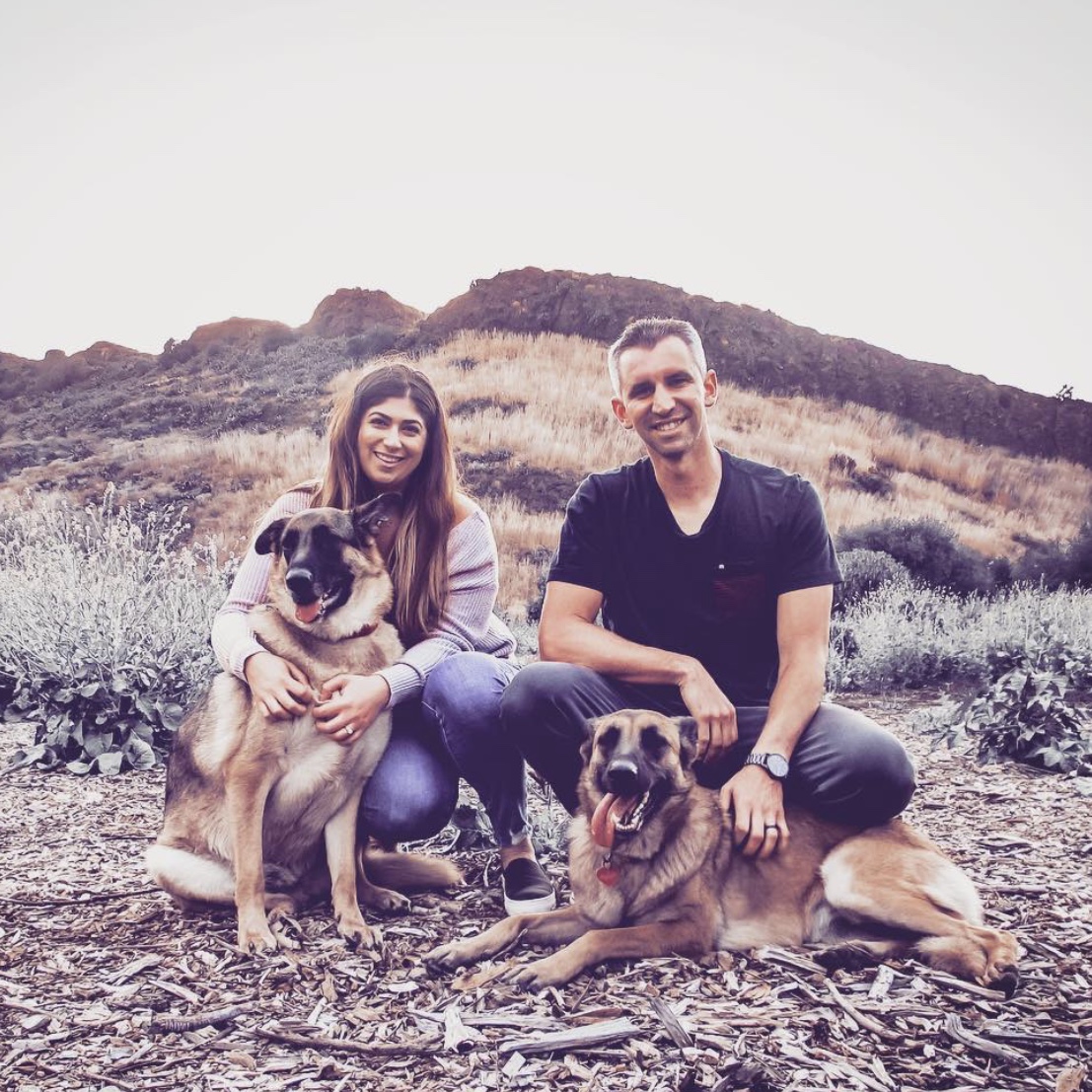 Thank you, Gina and Bryan, for rescuing Bronson and giving him such a loving home!