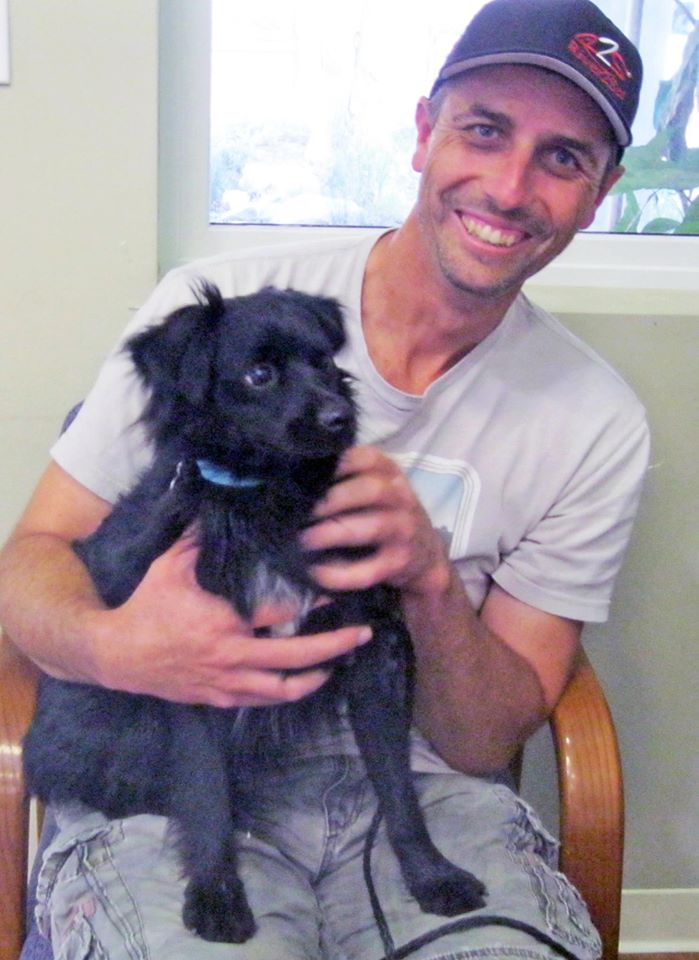 We have big news! On Monday our dear Bandit was adopted! Bandit had been here since February 24, 2014, and at the time of adoption was our longest dog resident at the shelter.

Bandit came in as a stray nearly 8 months ago. He was very shy but warmed up quickly to certain members of our staff and volunteers. Over the past 8 months our volunteers taught Bandit a whole bag of tricks for him to show off when the right person came. Because of his shyness though he was continuously overlooked. Bandit could be especially shy with men so a couple of our male volunteers worked with him specifically to help him gain his confidence. As you can tell by the picture, all their hard work paid off!

A couple weeks ago our volunteers got together and put a special video together to show everyone what a wonderful dog Bandit is once he overcomes his initial shyness with strangers. We posted the video on Facebook on October 29th with a special request for it to be shared by as many people possible. Within a few days the video had been shared 124 times and reached over 10,000 people. One of those families reached was the Glasgow family in Carpinteria. The Glasgow family did everything right to integrate Bandit into their large family (4 kids and an older lab). They came multiple times to visit with Bandit, play with him in the agility yard, let him get to know them and become comfortable with them until the time was right to take him home.

Bandit’s adoption is a wonderful example of when our community and supporters work together we can find even the shyest dog a peaceful and loving home. We would like to thank all of our volunteers who worked so closely with Bandit, Sue Saraceno for sponsoring his adoption fees, Kali Brooks for the wonderful photos and videos that led to his adoption, all of our followers who helped share Bandits story, and of course, the Glasgow family for welcoming Bandit into their family and home.