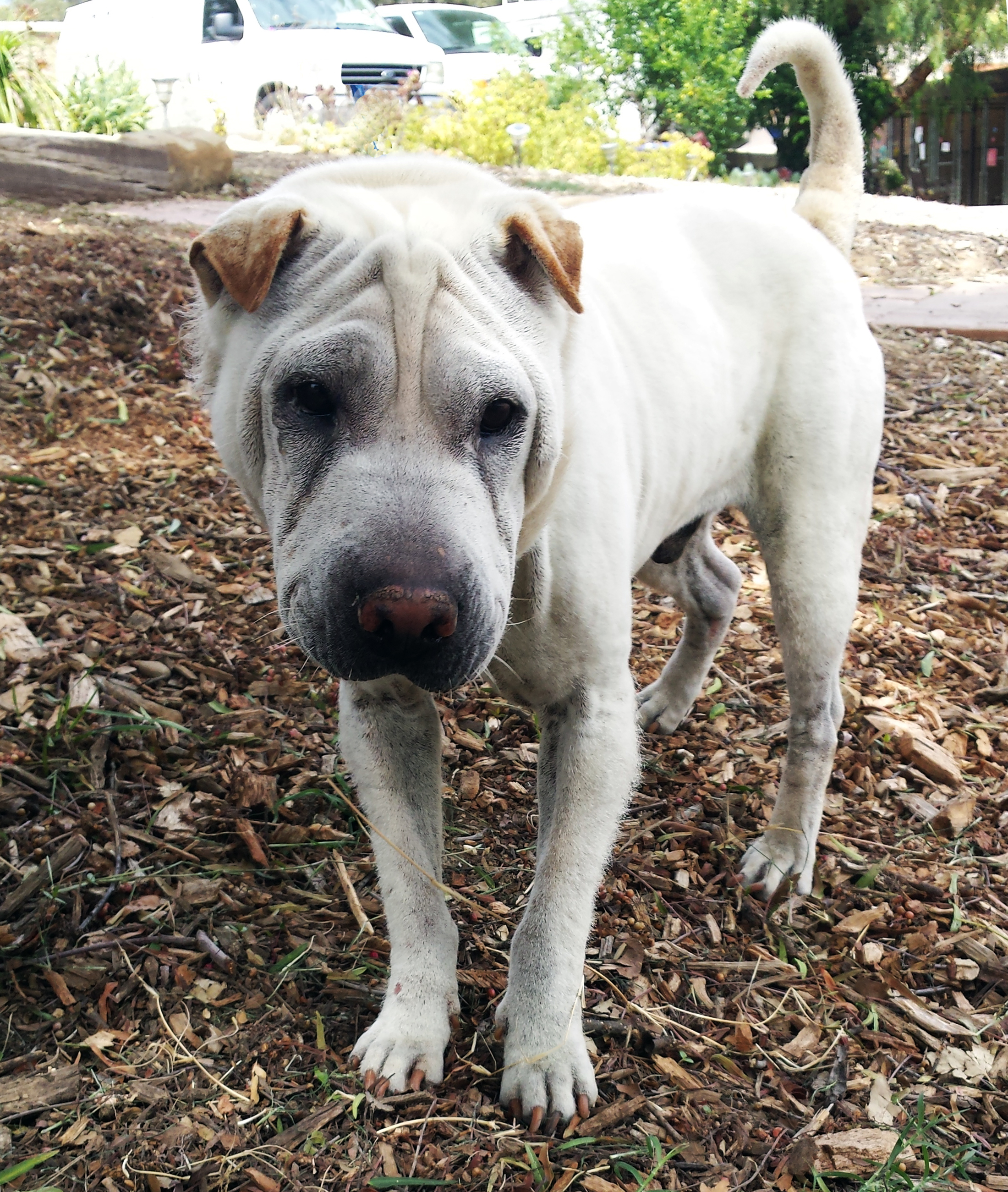 Every day our Humane Officers receive calls from concerned citizens about animals in our community who need help. On July 23rd the Officers responded to such a call in regards to a dog who was in extremely poor condition. When Officers arrived on the scene they found an 8 year old Chinese Sharpei who was covered in fleas, ticks, and had sores on his body. He had an infection in both ears and eyes, and an infected dewclaw on his foot. It was clear that he had been provided with unfit food, water, and no love or attention. The Officers were able to speak with Sparky’s now previous owners and educate them about not only responsible pet ownership but the law when it comes to taking proper care of an animal. It was agreed by both parties that Sparky would do best in the hands of the Humane Society and was signed over to our Officers right there on the spot.

Immediately after Sparky’s rescue the Officers took him directly to the veterinarian where he was examined and provided with the proper care and medication. He received several “staples” on his back above his tail to help try to close some of the sores. Afterwards he was brought to the shelter where he will remain in our custody until he has regained his health. Sparky has already made major improvements under the care and protection of the HSVC. Next week he will have his staples removed and wrap up his medication for his infections. In the meantime he enjoys going for walks, and having staff pet his adorably wrinkly face. Because he was signed over to us in the field he will be available for adoption as soon as his health permits. We hope to find Sparky a home that will welcome him into the family. Sparky deserves to be spoiled for all that he has gone through. Even after extreme hardships such as these, dogs are incredibly resilient and we can’t wait for Sparky to start feeling good again!

You can help us save animals from abuse and neglect by donating today. If you witness or suspect any instances of abuse or neglect in the Ventura County area please notify our investigators at (805) 656-5031 or 646-6505. All information is kept confidential.