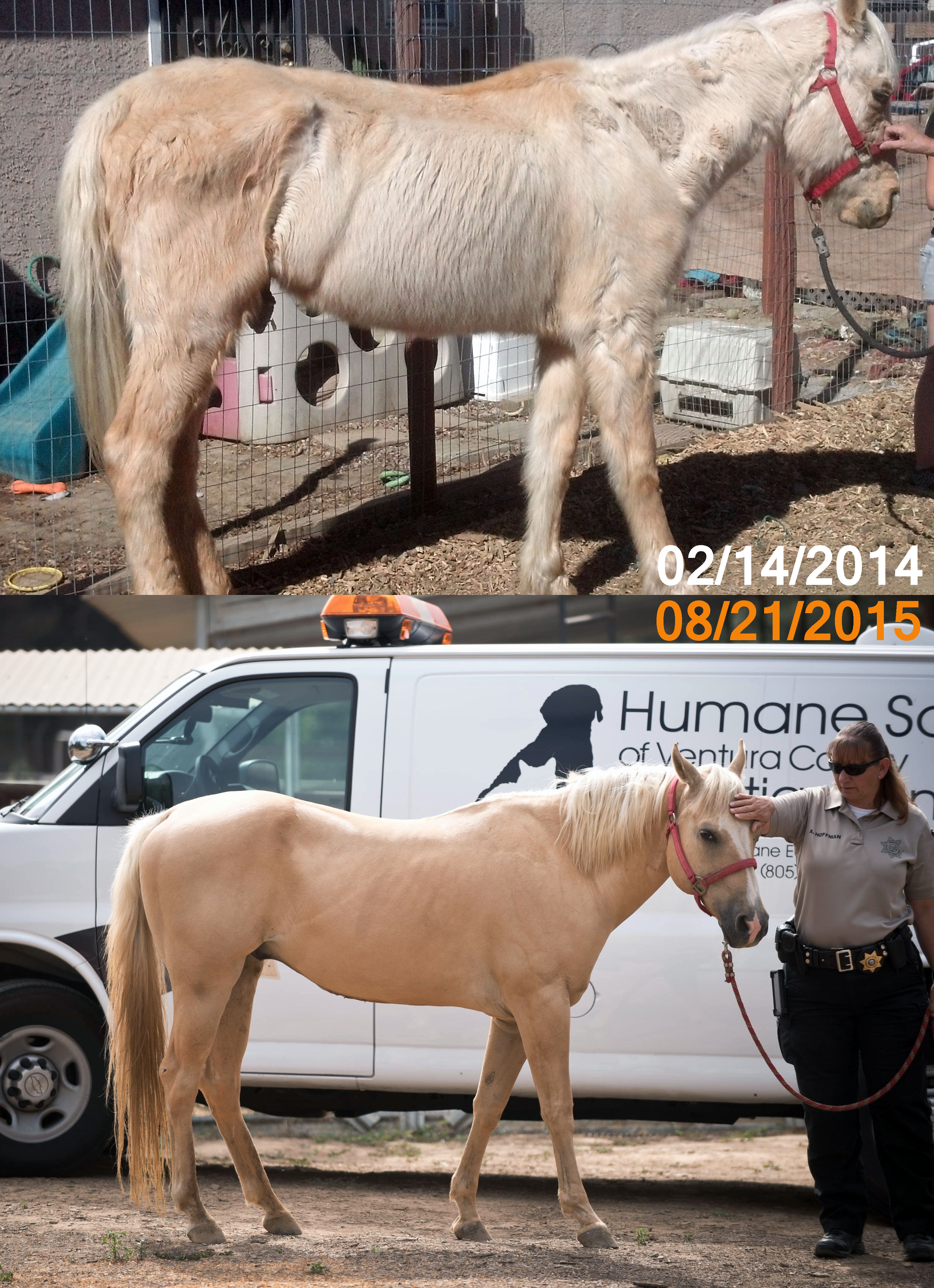 Last week the HSVC Humane Officer Division had a hard earned victory in court when a Ventura County jury found a Simi Valley woman guilty of animal cruelty in connection with her care of a horse.

On February 14, 2014 officers Hoffman and Mrvichen responded to an anonymous call about a emaciated palomino horse named Dandylion. Officers and a veterinarian examined Dandylion and it was determined that the horse was in imminent peril due to a lack of adequate food and care. The Humane Society of Ventura County seized Dandylion and he has remained in their care ever since.

Dandylion is up to a healthy 765 pounds from his previous weight of 570 pounds at the time of his rescue. The horses previous owner could face up to a year in the county jail and probation with terms that would limit her ability to own any horses in the future.

There are two Humane Officers employed by the Humane Society of Ventura County who investigate cases of animal cruelty and neglect. The HSVC receives upwards of 900 tips on possible cases per year. Many animals are signed over to the Officers in the field however in many cases Officers are left with no choice but to seize animals from their owners in order to protect them.

You can help us save animals from abuse and neglect. If you witness or suspect any instances of abuse or neglect in the Ventura County area please notify our investigators at (805) 656-5031 or 646-6505. All information is kept confidential.