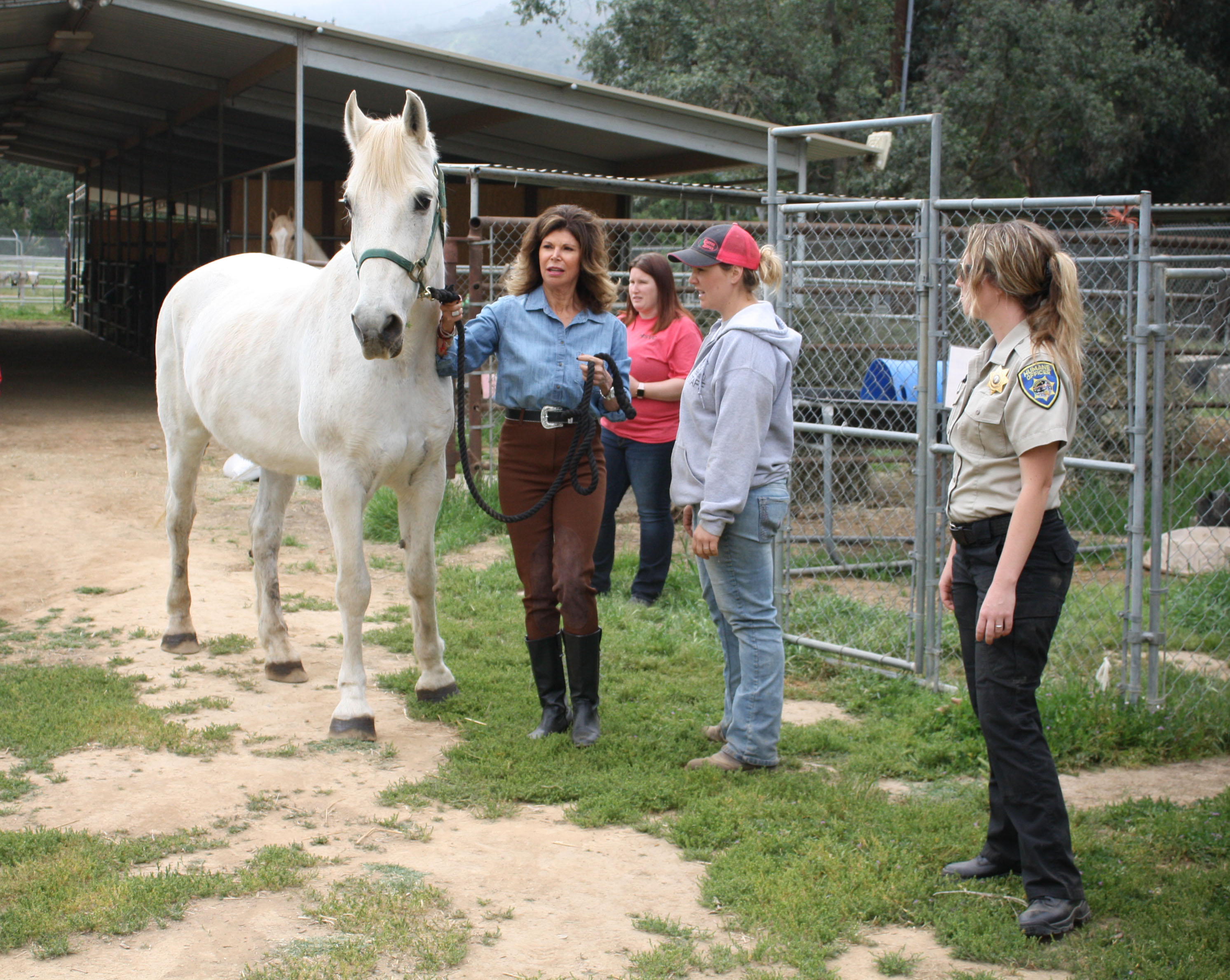 The Humane Society of Ventura County staff shed tears while saying farewell to Tommy as he was loaded into a trailer to be taken to his new forever home with Anne Scoscia.

Tommy came to the HSVC Shelter on December 13, 2017 as a stray horse. Found wandering in a field in Santa Paula nine days after the start of the Thomas Fire, Tommy was emaciated, covered with ash and dirt and without identification. The staff at the HSVC and veterinarians provided Tommy with his medical care and proper diet for his recovery. In the four months that Tommy had been in the care of the HSVC, he had gained over 350 lbs.

During Tommy’s stay, every attempt was made to find his owner to no avail. On April 2, Tommy was cleared for adoption by his veterinarian, Dr. Kevin Smith, DVM. After reading about Tommy’s plight in a local paper, Anne and her husband Mike Scoscia, current manager of the Los Angeles Angels, decided to put in an application to adopt Tommy. Anne made arrangements for Tommy to be boarded at Peck Farm in Moorpark where he will have plush accommodations and daily attention. “Everybody at the HSVC will miss Tommy,” said Humane Officer Winwood with the HSVC. “Stories like this remind us why we’re doing what we’re doing. After all the devastation of the fire, Tommy going home is a success,” continued Winwood. Anne expressed her admiration for Tommy while picking him up, “He’s the phoenix that came out of the Thomas Fire.”

Thank you to everyone who made this adoption possible. There are so many people that worked tirelessly to provide Tommy with quality care and compassion. While he will be greatly missed he will never be forgotten. 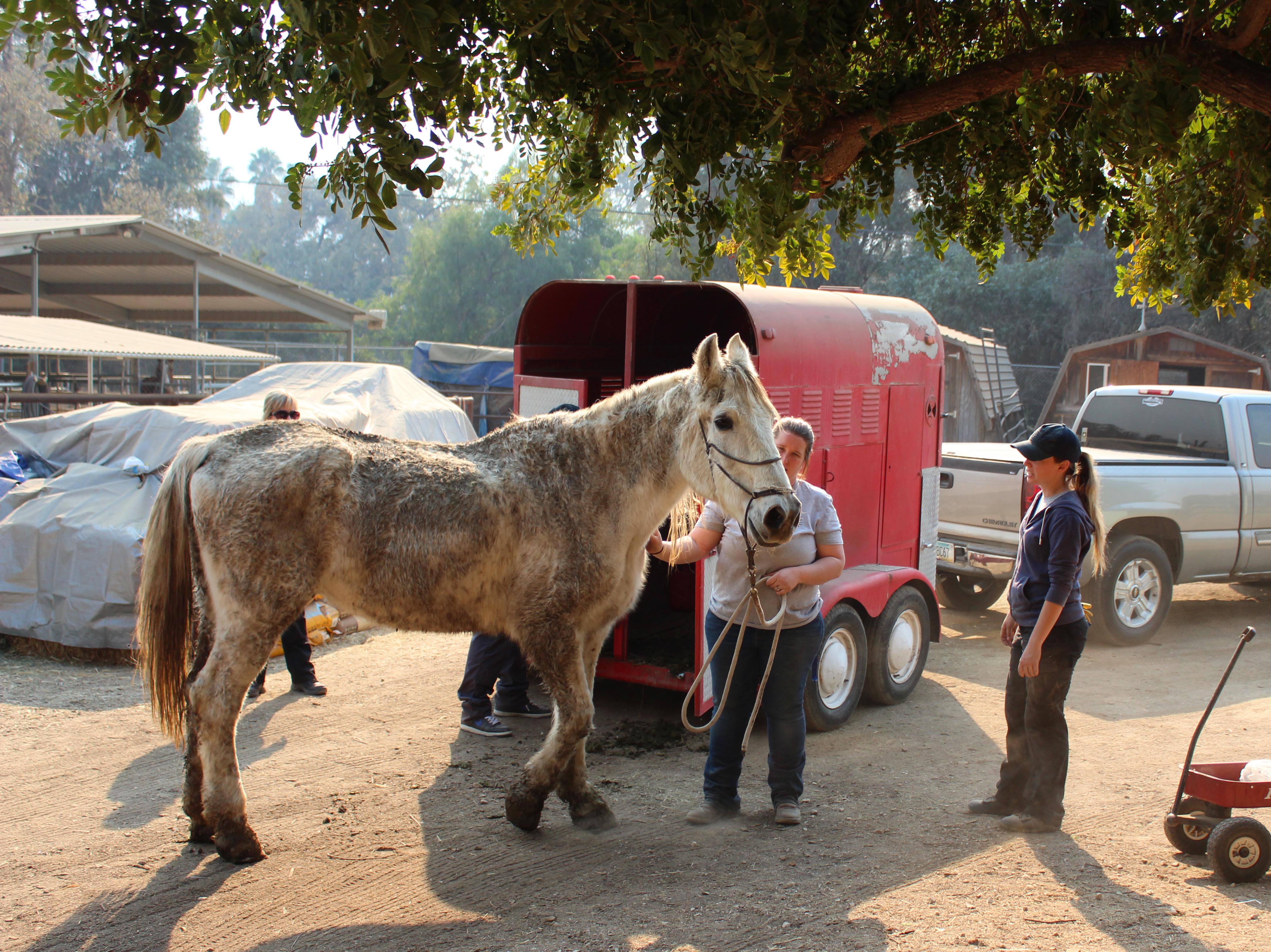 Tommy when he first arrived at the shelter on December 13, 2017. 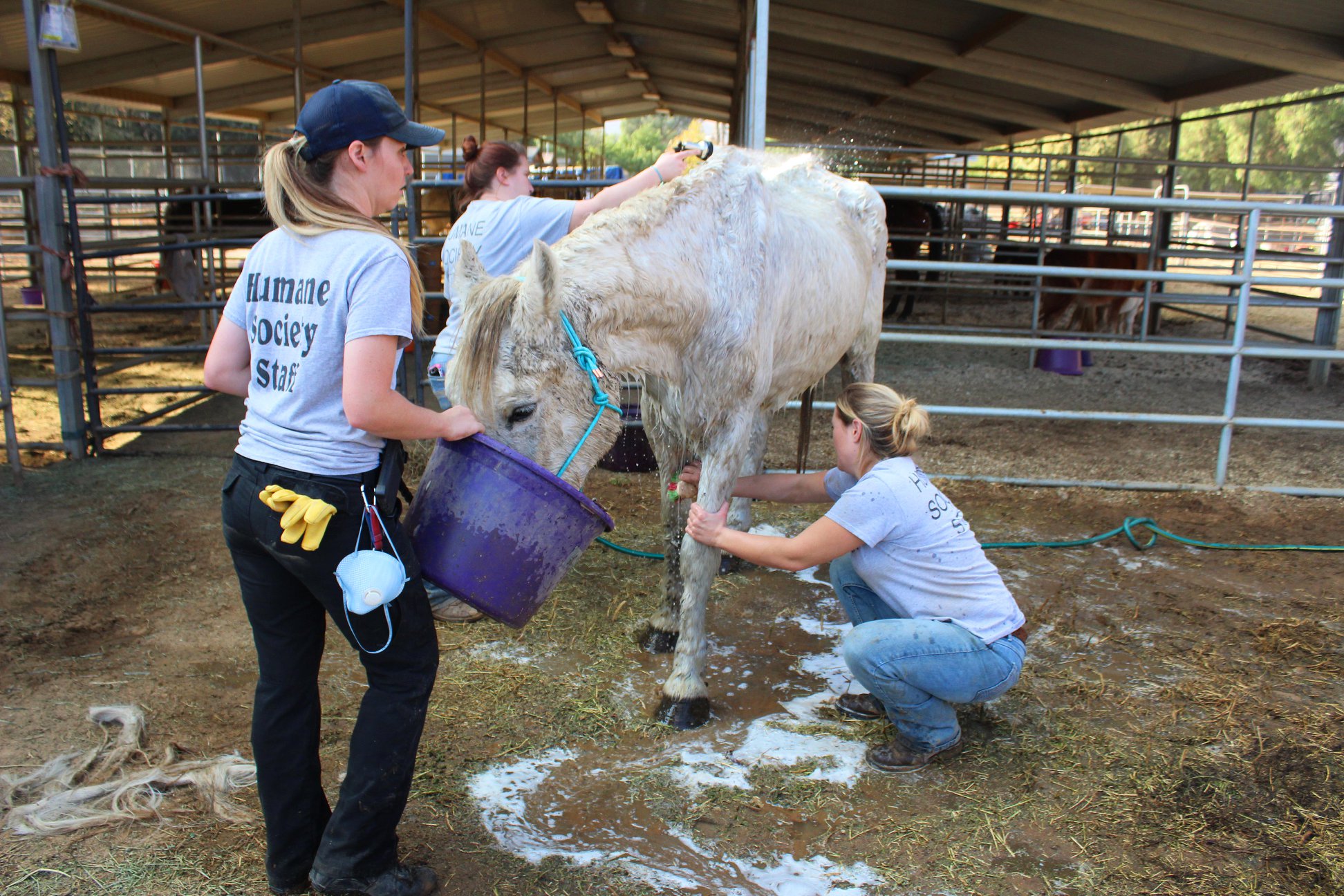 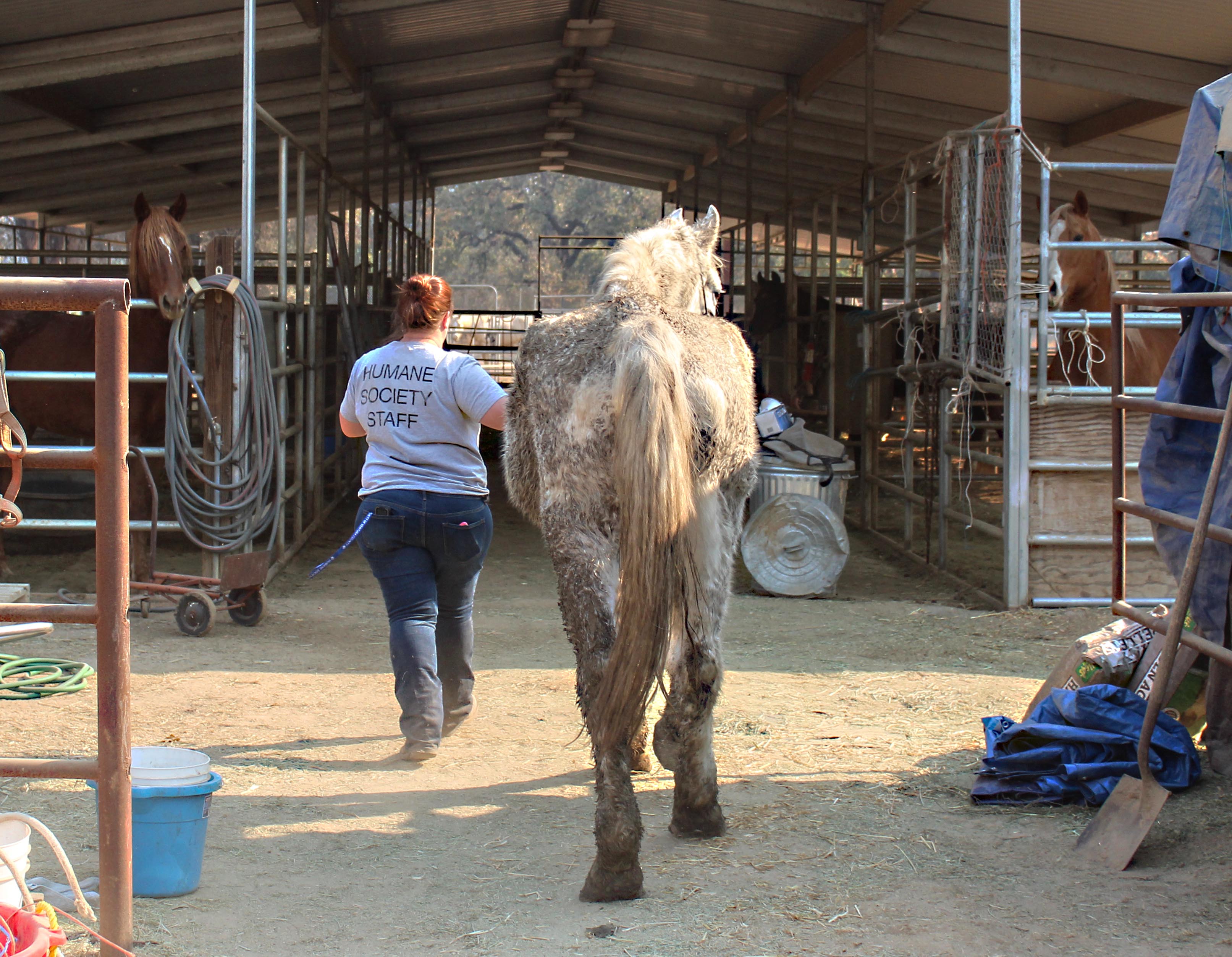