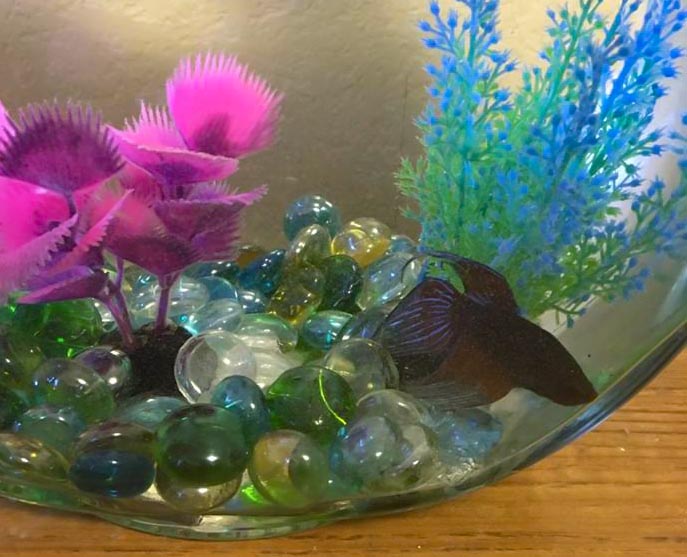 Betta fish are an entirely unique species of fish. They are the sole fish species with an organ called a labyrinth, which allows them to breathe air outside the water. This adaptation permits them to live in low oxygen environments like rice paddies; the environment to which they are native in Thailand and Cambodia. This unusual characteristic is one of the plethora of singular attractions of this creature. The striking beauty of the male species, in particular, characterized by its bright colors and long flowing fins and its propensity to be a loner rather than a member of a school, like other fish, top the list.

The Betta, as such, has become a popular and much-desired pet. Because this little fish is so solitary and stunning, the temptation for those in possession of the Betta is to perceive it as an ornament. But this special living creature should be allowed the chance to thrive, rather than merely survive.

Another unique characteristic of the Betta fish is that the males of some species of Betta build bubble nests in which they deposit fertilized eggs. They may build these nest after exposure to a female Betta. They will flare their colorful fins if they are stimulated by another Betta and flare playfully at their Betta parents. A healthy Betta is social and active. It will be curious about visitors to the tank and come to recognize and interact with its caregiver. A sick Betta or Betta living in sub-optimal conditions will lack this vigor and vibrancy.

Bettas are often sold in small containers (such as bags, jars, bowls or vases) that are less than optimal for a sustained, happy life. Bettas have specific optimal conditions in which they thrive. The correct size tank is critical, and should be at least five gallons to truly offer enough space for comfort and movement. Water needs to be filtered, with a slow filter to avoid the Betta's flowing fins becoming ensnared. Water temperature should be maintained around 79 degrees Fahrenheit. Betta fish are carnivorous, so be sure your Betta's pellets are high in fish or shrimp or research other options, like blood worms, for your carnivorous buddy. Bettas can be overfed, so pay close attention to directions on frequency and serving size.

Your Betta buddy deserves a full and happy life. Seeing a person you love comfy and cozy with freedom to roam and dance can be likened to seeing your Betta warm and roaming playfully in a spacious environment. In return, your Betta will give you hours of entertainment and companionship. Bettas have been dubbed Siamese fighting fish because of the aggressive nature of male Bettas around other males of their species. But, after much research, their character appears more that of a lover.