Pound for Pound. Thank you WW (Weight Watchers) of Ojai! 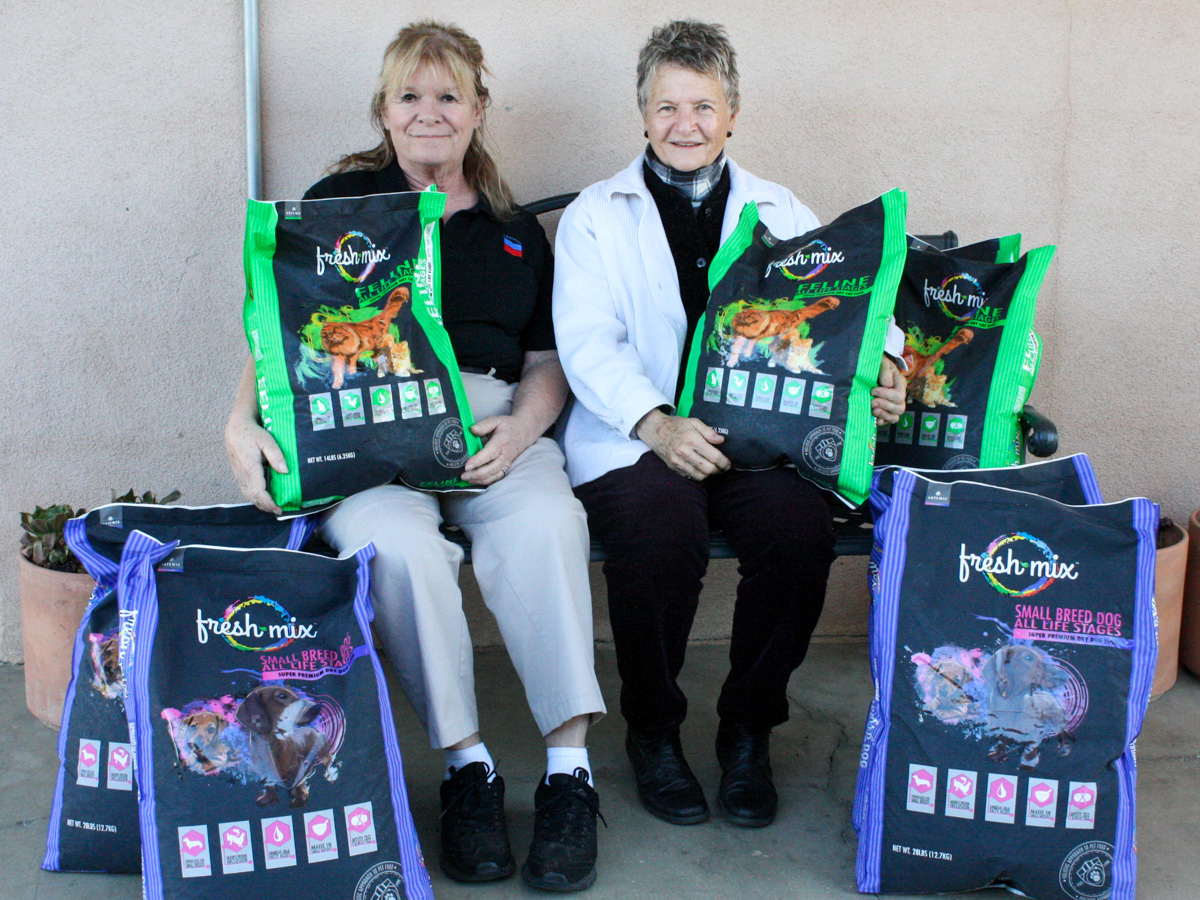 The Humane Society of Ventura County would like to extend a big thank you to WW (formally Weight Watchers) of Ojai for donating $500 worth of dog and cat food to our shelter.

Thank you WW (formally Weight Watchers) of Ojai for sharing the love this season by donating several bags of dog and cat food to the Humane Society of Ventura County. According to group members Jill and Celeste (pictured above), WW of Ojai came up with the idea last year to donate pet food "pound for pound". This meant that for every pound their WW group lost, they would donate a pound of pet food to our shelter. The total came out to $500 worth of pet food, or $2 per pound lost.

"It was a group effort, but people in the community also pitched in," said Celeste, "The shelter does so much good for our community, we just wanted to give back in some way". All the members of the WW of Ojai chapter live in the Ojai Valley, and several have adopted animals through the Humane Society of Ventura County.

Those who’d like to support the Humane Society of Ventura County can drop off unopened bags of dry dog or cat food at the Ojai shelter, at 402 Bryant St. Also, the HSVC Amazon Wish List has been updated to include examples of requested food.