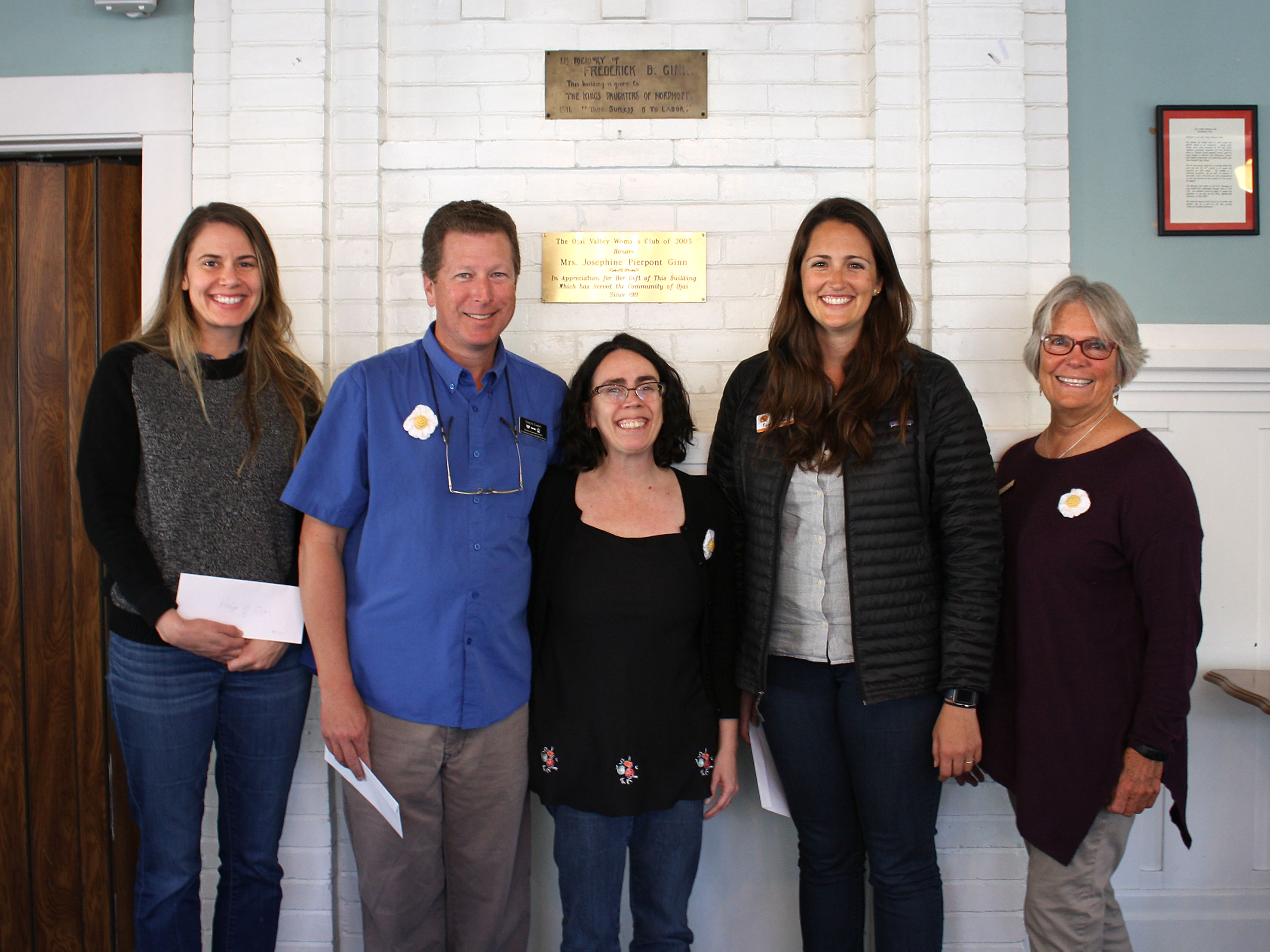 A big thanks to the Ojai Valley Woman’s Club who donated $500 to the Humane Society of Ventura County at a recent board meeting. Pat Essick, President, presented checks to the HSVC and four other local nonprofit organizations who offered assistance during the Thomas Fire.

Their State organization, the California Federation of Women’s Clubs, donated funds to three area Women’s clubs with the intent that the money first go to members who were directly impacted by the fire. One member of the Ojai Valley Woman’s Club who lost their home asked that the money instead be donated to area nonprofits. Besides the HSVC, donations were given to Help of Ojai, Ojai Valley Land Conservancy, Upper Ojai Relief and Pennies for Pines.

Local artist Claudia Figueirdo contributed to the cause by creating crocheted Matilija Poppies for those impacted by the Thomas Fire. She was inspired by the efforts of local nonprofits and entered into a race with Trevor Quirk, the founder of the Upper Ojai Relief to create 500 poppies before he raises $500 thousand dollars. She donated 50 of the boutonnieres to the Club’s members to help raise awareness for the cause.

“The community support for the HSVC during the Thomas Fire made it possible for us to care for the hundreds of animals and their families,” said Greg Cooper, Director of Community Outreach for the HSVC. “We are honored to be included with these other amazing nonprofits who continue to do exceptional work for the Ojai Valley and beyond,” Cooper continued.