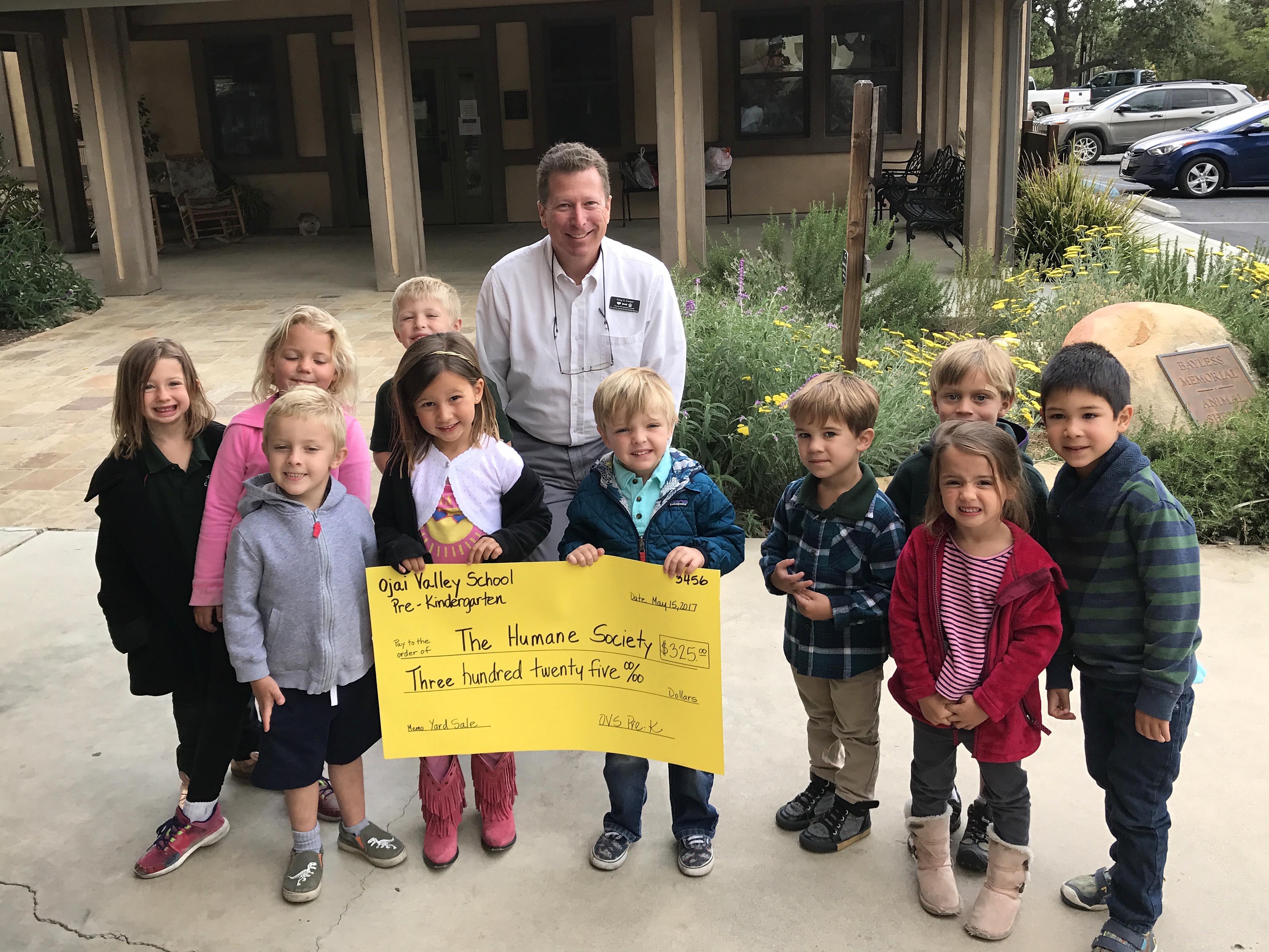 This week the students of Ojai Valley’s Pre-K class visited the Humane Society of Ventura County for a grand tour of the facility. The students, who recently held a fundraiser to raise money for the shelter, were treated to a behind the scenes look at where their hard earned donations go.

Director of Community Outreach Greg Cooper led the children on a guided tour that included an introduction by Shelter Director Jolene Hoffman and shelter mascot Oliver the Bird. In addition, the children had some time doing one on one interaction with Taffy, a four year old Jack Russell Terrier mix who has been at the shelter since April 13th.

Students from the Pre-K class at Ojai Valley School had organized a yard sale to raise funds for the Shelter. According to their teacher, Linda Gartrell, the kids organized all the donations and each staffed a table on campus during their one-day sale. They raised $325 in one hour of sales. "Instead of a bake sale, they decided to do a yard sale," according to Gartrell.  She explained that this event worked out to teach her students about recycling used items that might otherwise been thrown away.

If you are interested in learning more about your local animal shelter and would like to get a behind scenes look at animal rescue please contact the shelter at 805-646-6505. We love to show our supporters all the wonderful things we are up to and our life-saving programs through guided tours of the shelter. These tours can be tailored to any level of interest or age group. 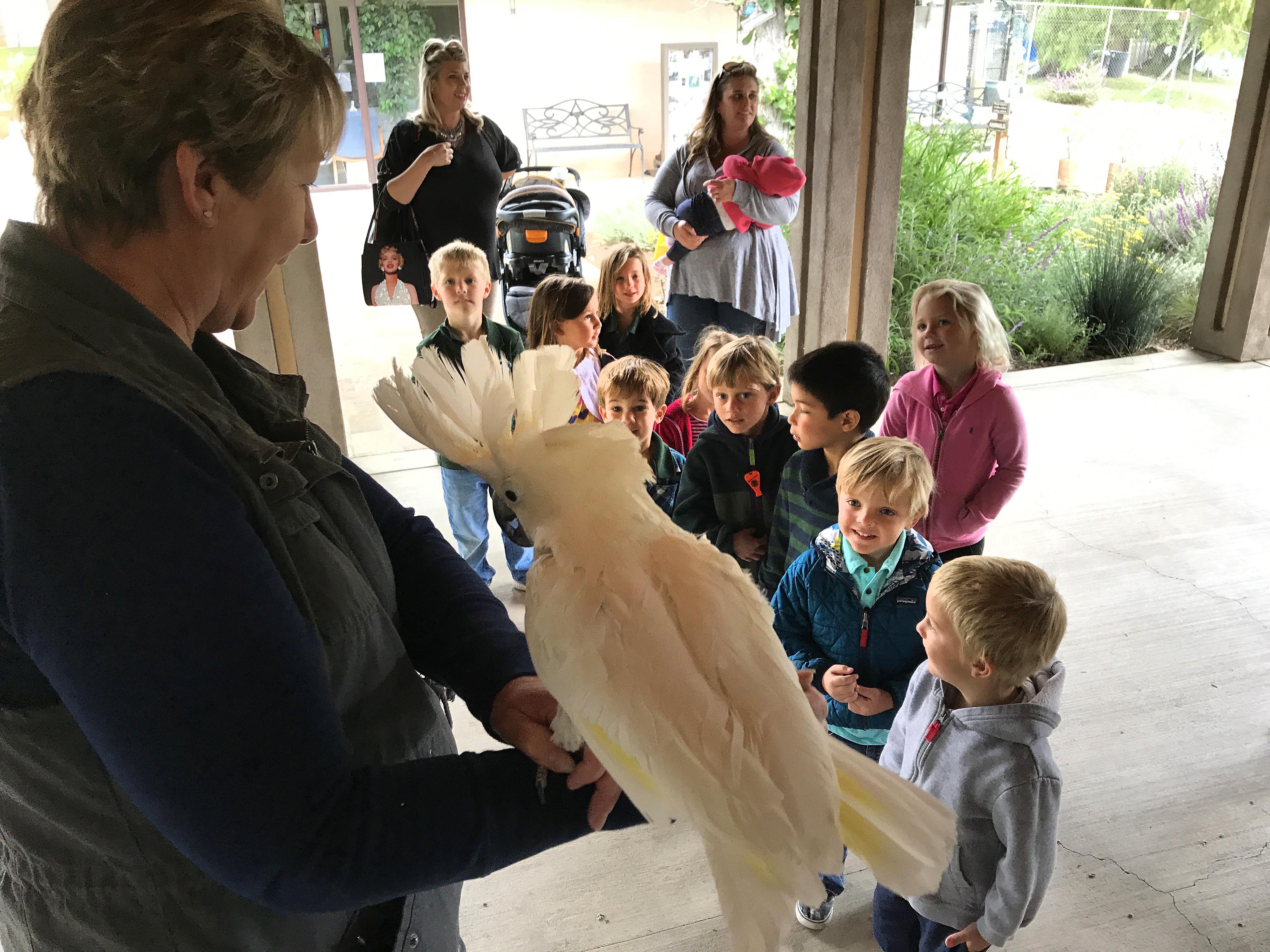 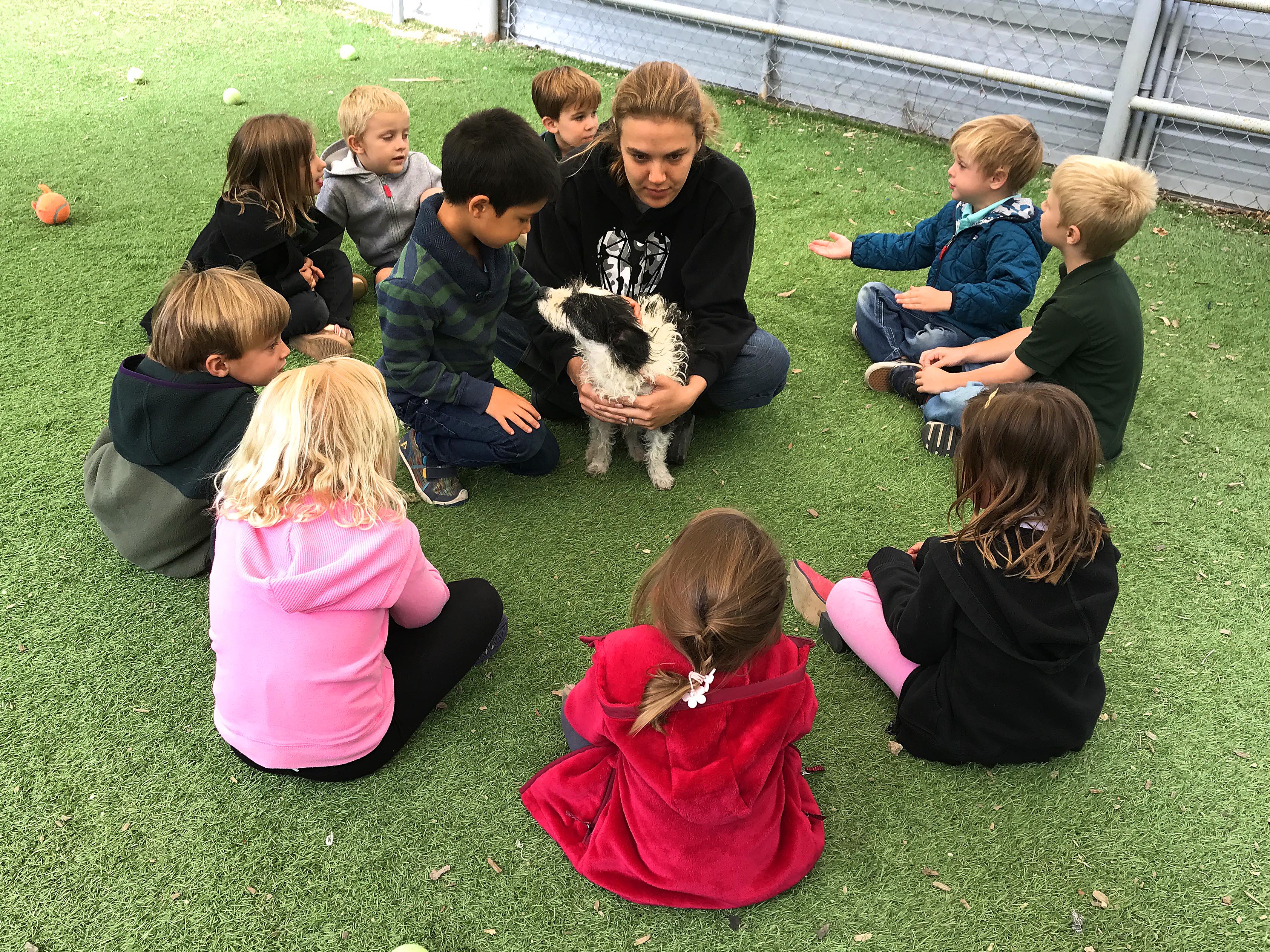