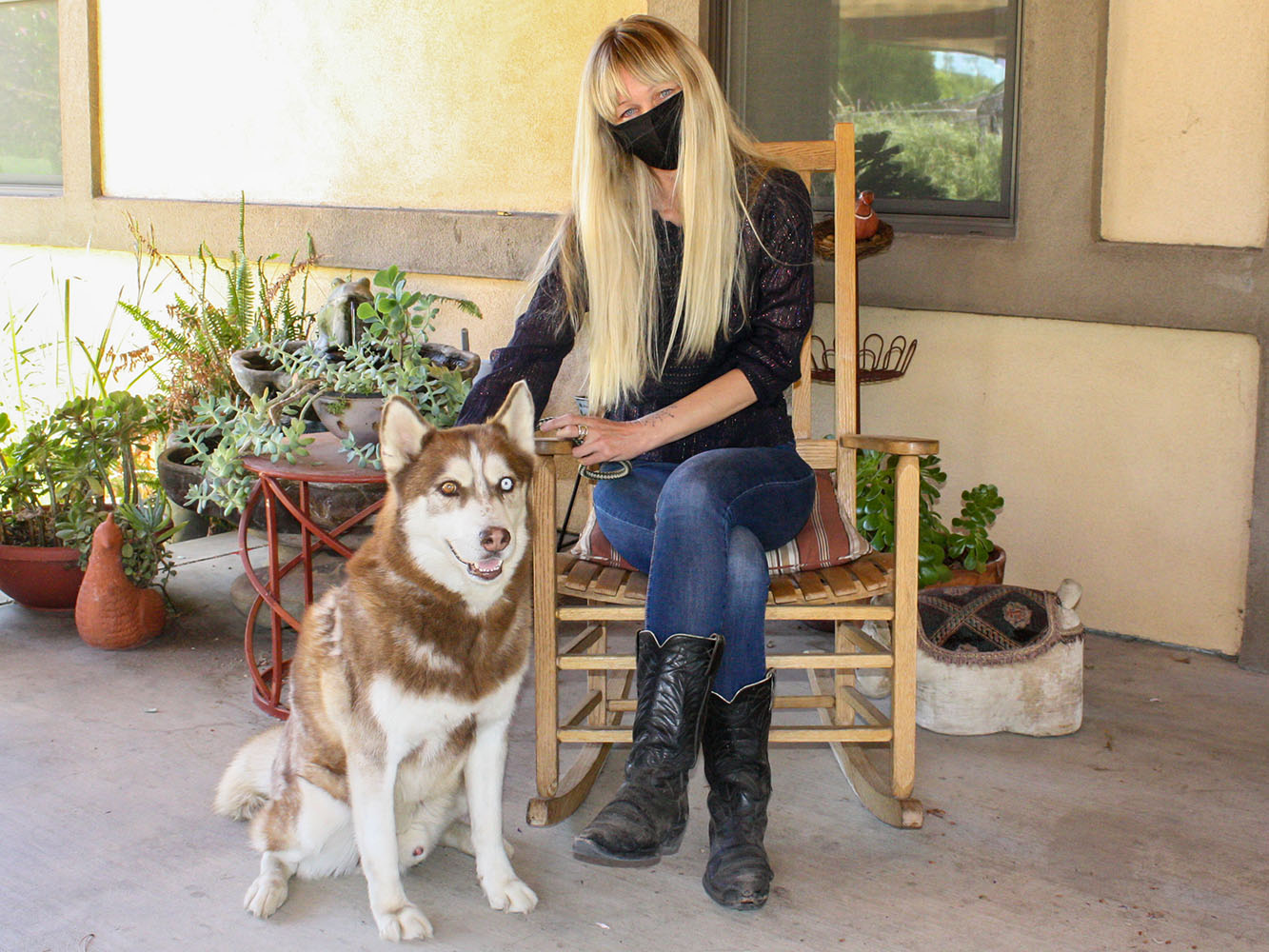 The HSVC would like to extend a big thank you to actress and philanthropist Autumn Macintosh for sponsoring the adoption fees of all the remaining dogs at our shelter!

Since moving to Ojai, Autumn has been a close follower and supporter of the HSVC. Her interest in the shelter sparked from her experience with her own dog, Bear, whom she rescued from the West LA shelter nine years ago. “I may have rescued her, but really she rescued me. She has been my therapist and my biggest supporter. Since having to social distance, Bear has been an amazing comfort to me to be able to have physical touch. I think everyone should have that gift right now,” said Autumn.

Autumn became a volunteer at the shelter and soon decided she wanted to do more. Kennel Manager Angela Hanline suggested that she sponsor the adoption fee for one of our animals. Autumn first sponsored one dog and he was adopted into his forever home one week later. With such a quick turnaround, she decided to sponsor an additional adoption fee for another dog. The sweet pup was adopted into a loving home within a couple of weeks.

After realizing we only had a small number of dogs left in our care, Autumn decided she wanted to sponsor all of the remaining dogs. When asked why she chose to perform such a kind act, Autumn said, “In honor of my Bear and all of the animals I’ve had in my life, I wanted to pay it forward and give to the HSVC to bring together our community during this time. We need all hands and paws on deck right now.” Thank you Autumn for making a difference to so many animals in need!

We are now performing adoptions by appointment only. If you are interested in adopting one of the animals in our care, please visit our website and click the “Let’s Get Started” button to fill out an adoption appointment request.