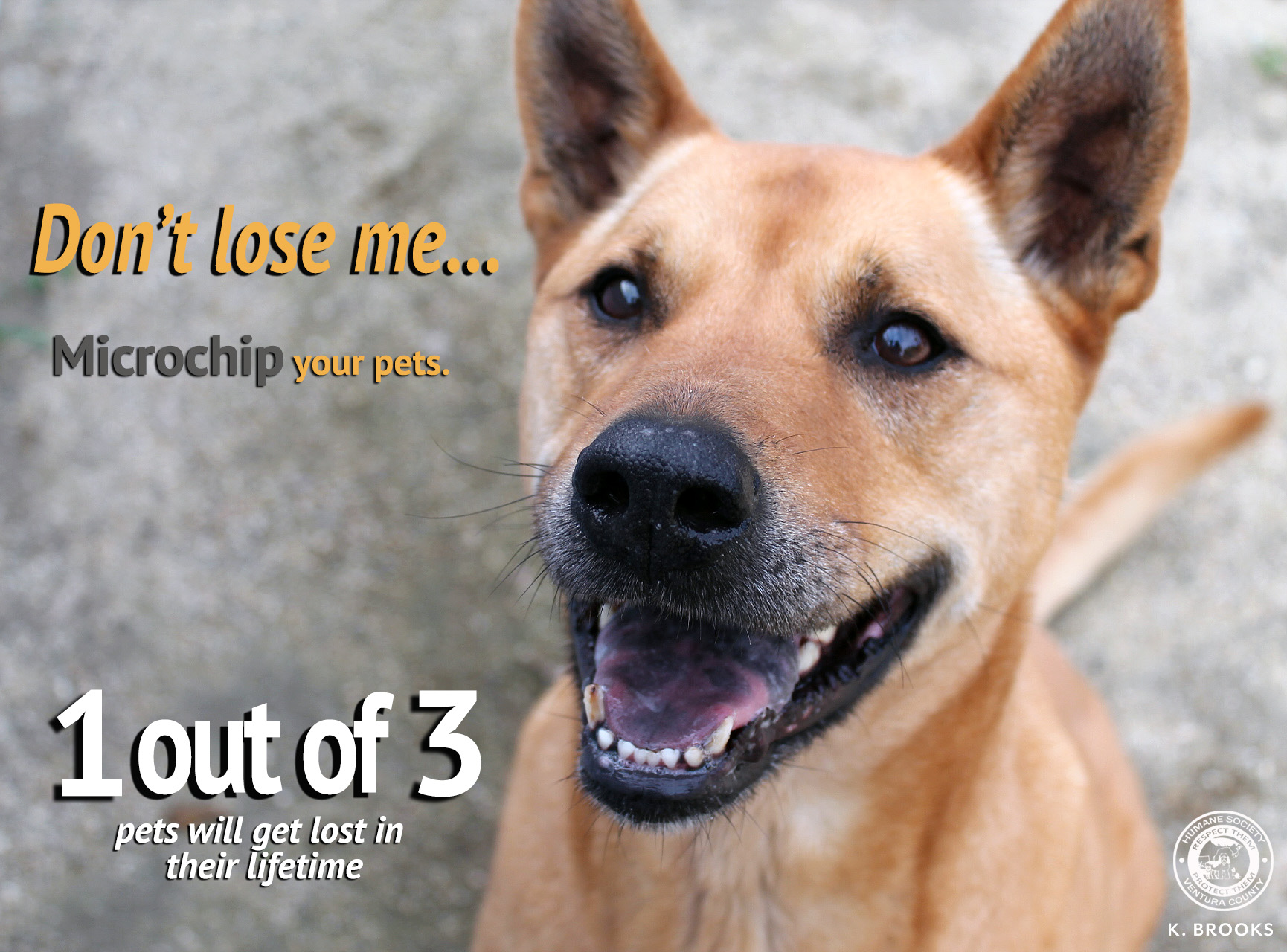 In honor of Love Your Pet Day coming up in just a few weeks the Humane Society of Ventura County is offering microchipping and ID tags for a reduced rate!

If you have ever lost a pet then you know what a devastating and often heartbreaking experience it can be. According to the American Humane Association, one in three pets will become lost in their lifetime, many of which will never find their way home again. Nationwide it is estimated that only 10-30 percent of lost dogs will ever be returned to their families and sadly the number drops to just two percent for cats.

Here at the Humane Society of Ventura County lost animals enter the shelter every day, the majority of which have no identification, making it nearly impossible for their families to be contacted. Many lost animals may be picked up by a stranger and re-homed without their families ever knowing what happened to them. To avoid the guilt and heartbreak of losing a family member, we encourage everyone to make sure that all animals, including those who live entirely indoors, have proper identification. Both an ID tag and microchip (in the case that a tag falls off) is the ideal combination to keep your pet safe.

A study published in the Journal of the American Veterinary Medical Association, including 53 animal shelters across the U.S., confirmed the high rate of return of microchipped dogs and cats to their families, and the importance of microchip registration. From the study:

• Only about 22 percent of lost dogs that entered the animal shelters were reunited with their families. However, the return-to-owner rate for microchipped dogs was over 52 percent (a 238 percent increase).

• Less than 2 percent of lost cats that entered the animal shelters were reunited with their families. The return-to-owner rate for microchipped cats was dramatically higher at over 38 percent (more than 2000 percent better).

• Only 58 percent of the microchipped animals’ microchips had been registered in a database with their pet parent’s contact information.

For the month of February all microchip implantations will be $10 (registration extra) and ID tags are only $2.50!

We strongly recommend that you register your microchip with the microchip company so that no matter where your pet ends up someone will be able to contact you. Lifetime registration for pets is $24.95 for the first one and $14.95 for each pet after that.

So, what are you waiting for? No appointment needed, just walk-in with your furry family member and gain some peace of mind.