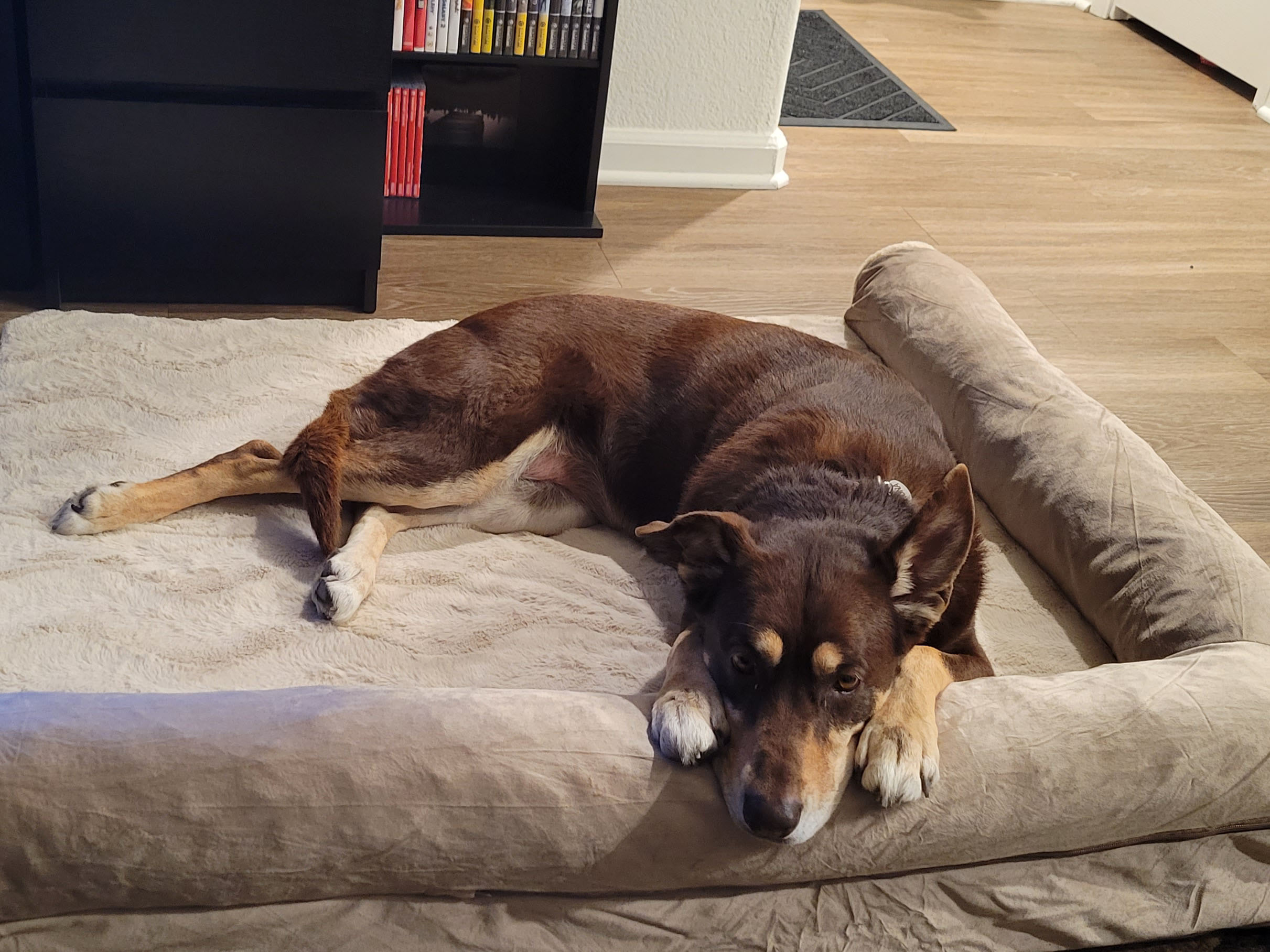 Seven-year-old Sienna, now Kona, is loving life in her furever home! She was previously adopted from the HSVC as a puppy and returned after her former owners could no longer care for her. We were thrilled to see the senior German Shepherd pup get her second chance at happily ever after when she was adopted by Zachary just before Christmas. The pair of pals have been happily enjoying each other's company ever since! 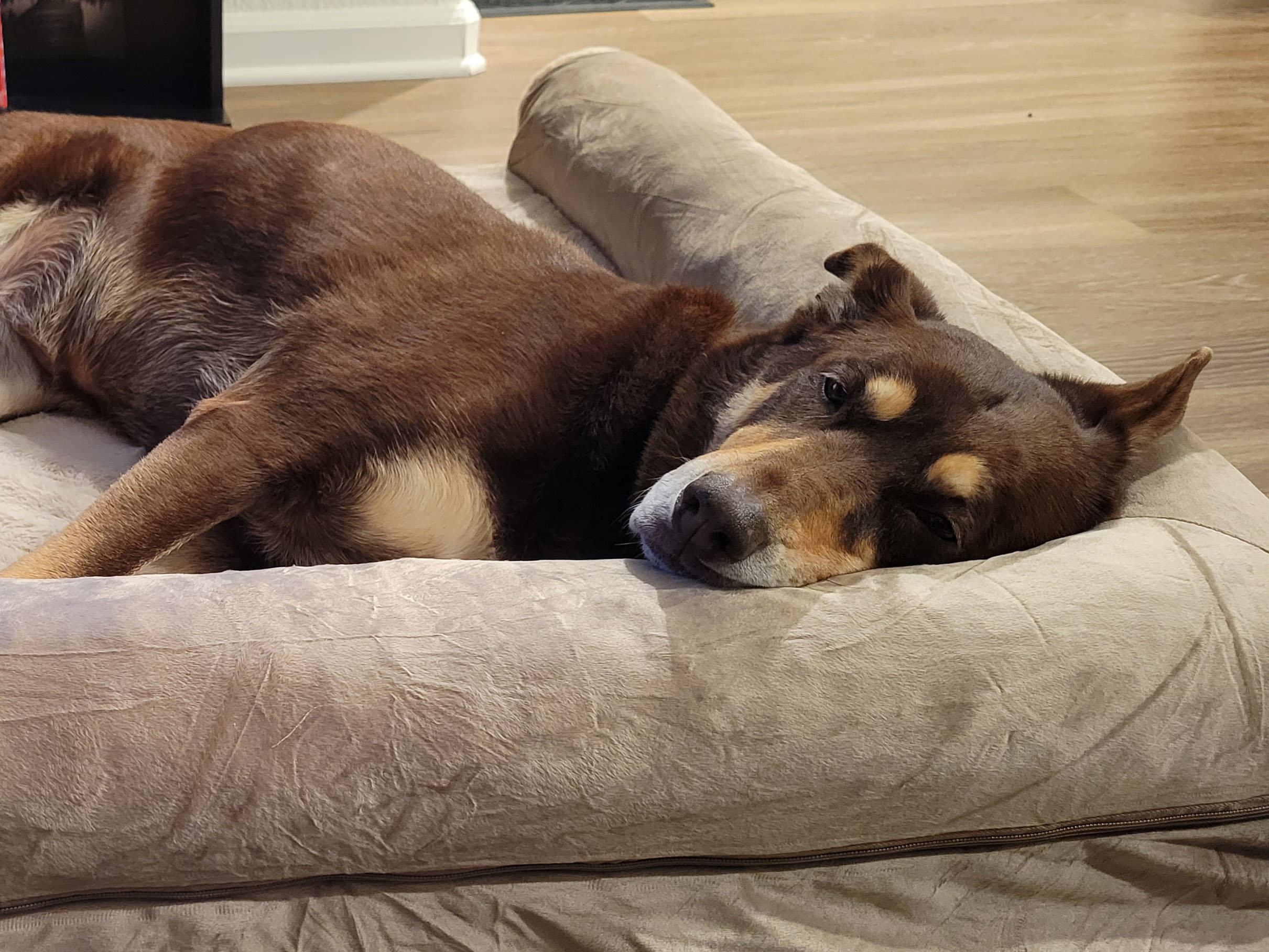 "Kona is doing great. She especially loves her new bed that just arrived a few days ago. I'm so happy we found each other!" said Kona's new owner, Zachary.

It takes a special person to adopt a senior dog from a shelter. Thank you, Zachary, for choosing to adopt not shop and giving Kona the loving furever home she deserves!