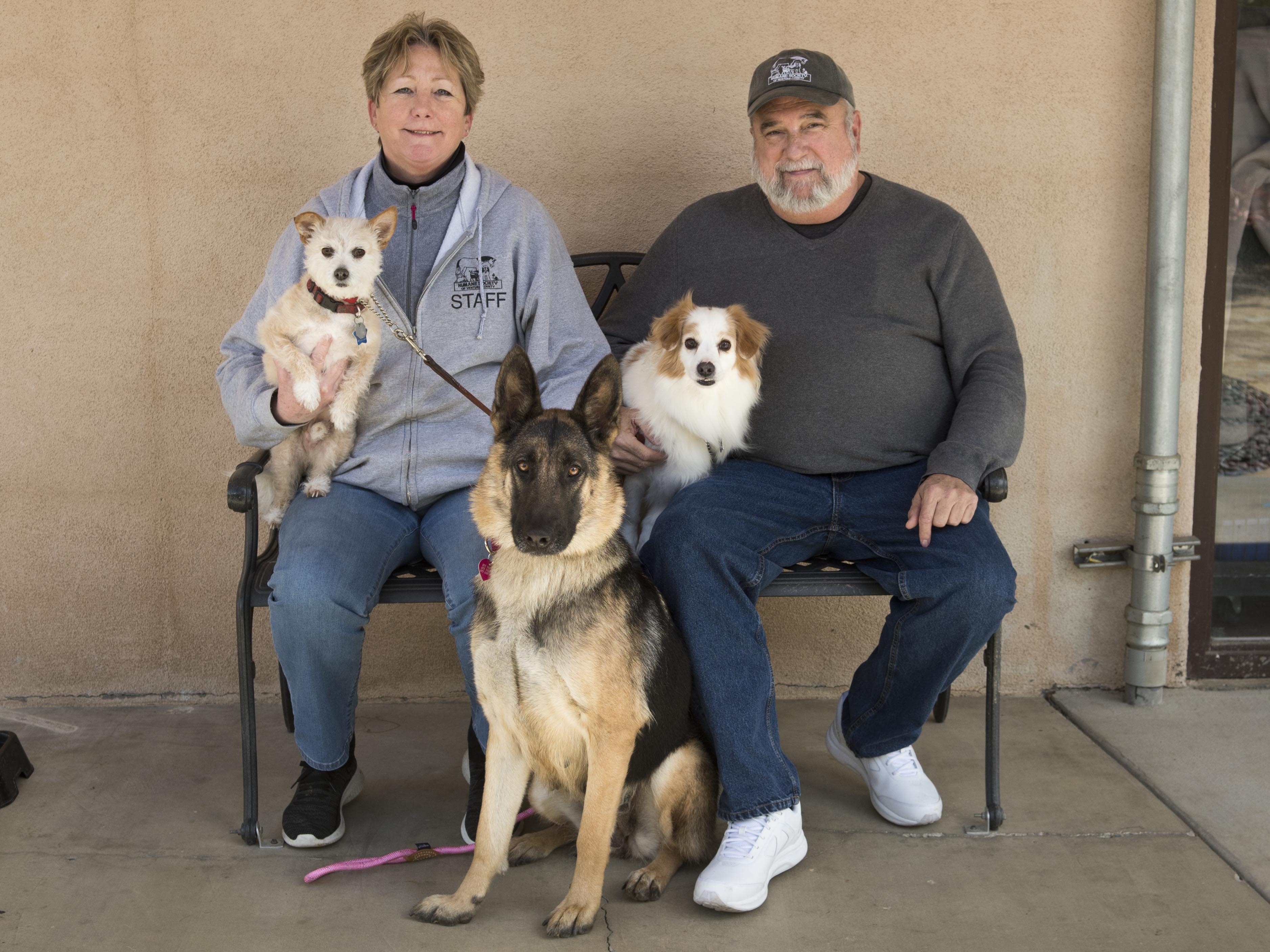 Congratulations Mia on finding her forever home with Jolene, Jeff, and their dogs Parker and Cooper. Mia, a 4-year-old German Shepherd, was brought to the Humane Society of Ventura County on February 22 by a kind citizen after she was found wandering in a canyon near Santa Paula. It appeared that Mia had been neglected and had recently given birth to a litter of puppies. Under the watchful eye of Christina Sisk, DVM, and the HSVC staff, Mia recovered quickly.

Humane Society of Ventura County Shelter Director, Jolene Hoffman, fell in love with Mia the moment she laid eyes on her. “She had so much sadness but love in her eyes. She came right up to me and put her head on my knee, and that was all it took. I called my husband and said you need to look at this girl, I think she is the one,” said Jolene.

Jolene and family spent a great deal of time with Mia during the nine-day holding period for strays brought to the Shelter. Their bond grew in that time. “During her time with us, she put enough weight on so we could spay her. With several days of rest in our office, she was introduced to our two dogs. Mia, her new name, came home with us on March 7th. I can’t tell you the joy we feel to have another special rescue in our lives, but she truly rescued us!” said Jolene.

As Shelter Director, Jolene is intimately aware of all animals brought to the Shelter and has been keeping an eye out for a good fit for their family. Their last Shepherd, Haas, was lost to congestive heart failure nearly nine years ago. Those who have lost a family friend understand that the healing process after the loss of a pet takes time and differs for each family. “We have never really healed from our loss of losing such an incredible friend,” said Jolene. Now with Mia, their family can begin this new and exciting chapter in their lives.