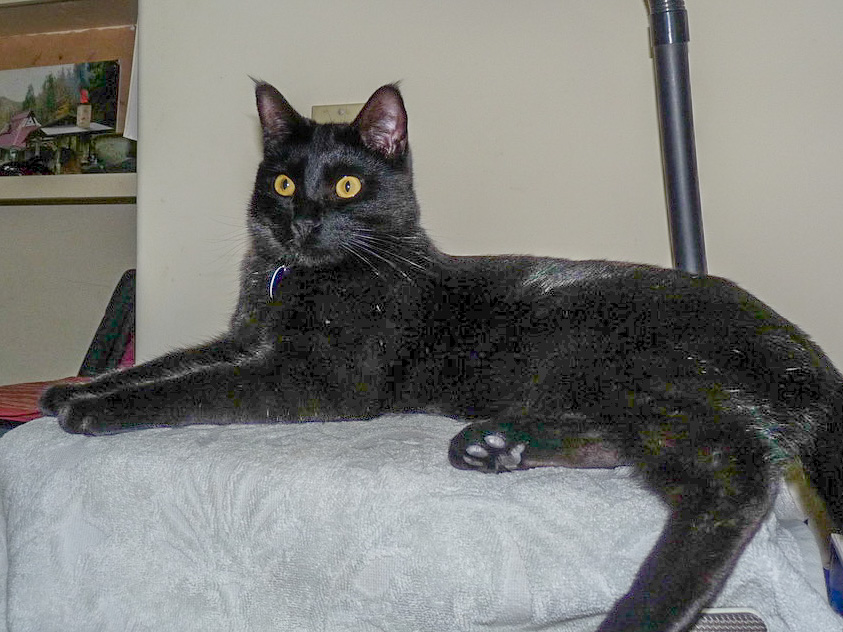 Scooter has found a new friend in his forever home! After being adopted by Scott, the black domestic shorthair cat has become great friends with his new fur sibling, Miss Feather.

This pretty boy was adopted from the HSVC in early March before the shelter closure. Scott had visited with Scooter twice and was charmed by his sweet personality. It didn't take long to decide to make the black cat a member of his family. 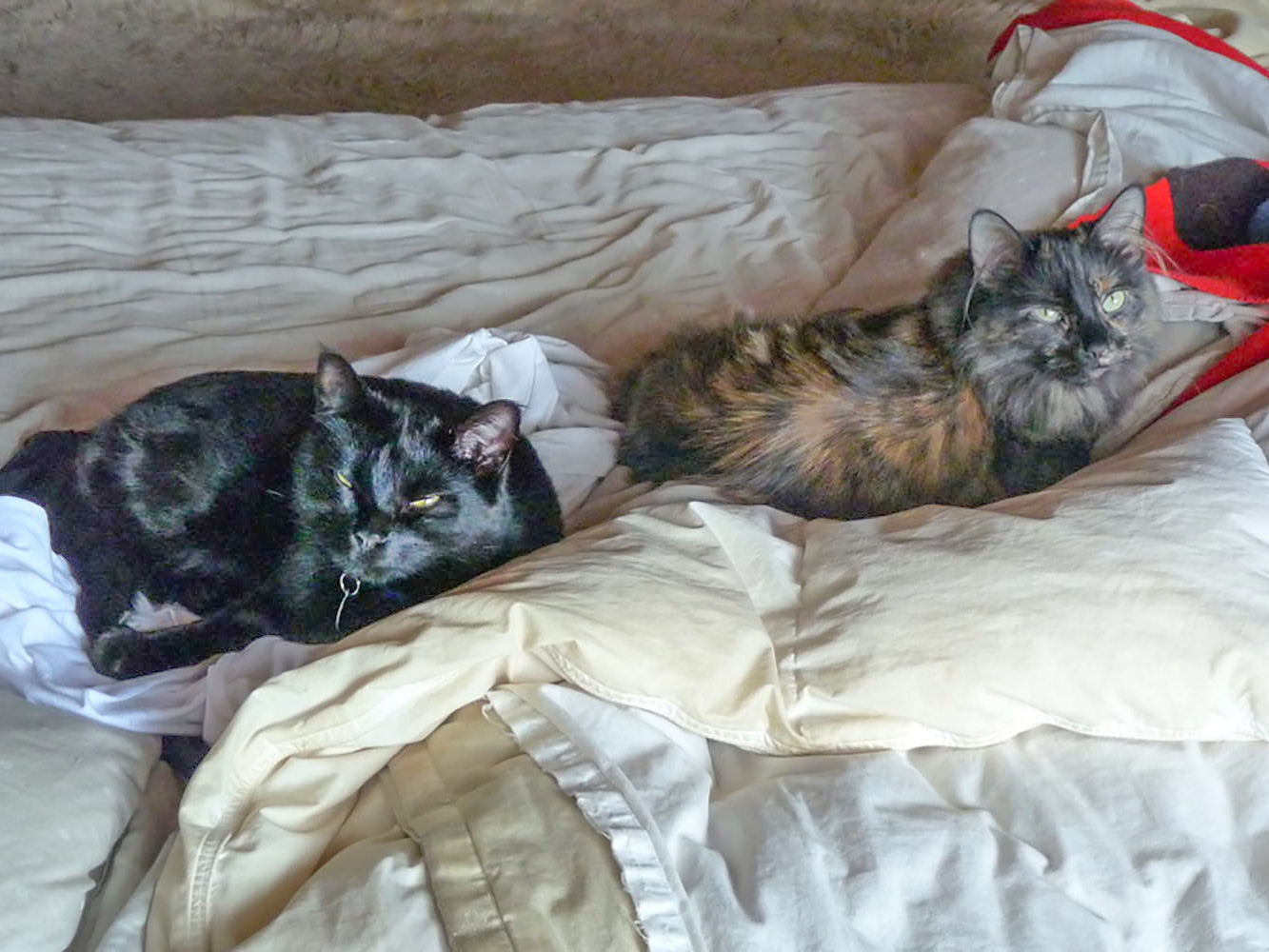 Since taking Scooter home, he has become friends with Scott's other rescue cat, Miss Feather. "We are all getting along great!  My big concern is whether he and my other cat would become friends. They have! They don’t sleep together in a big pile, but they do hang out in the same room a lot and chase each other around in play," said Scott. 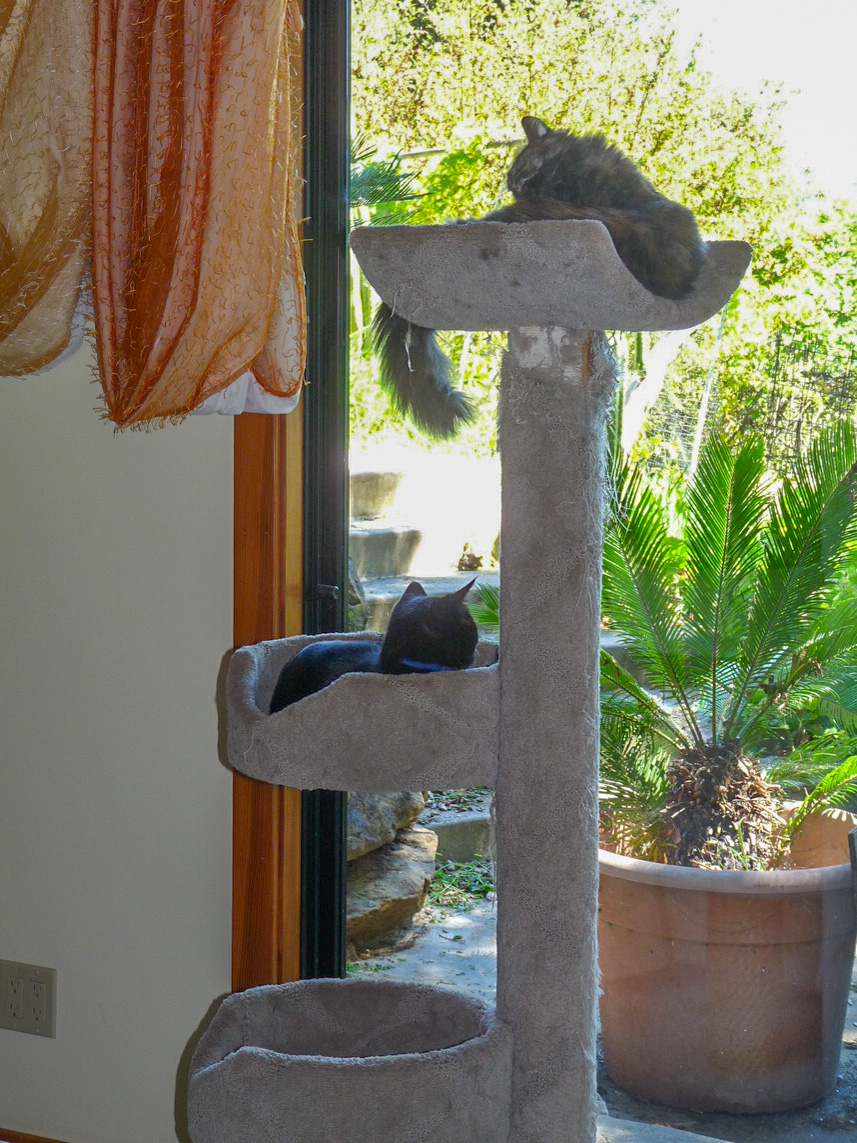 The pair of kitties enjoy lounging together in their cat tree (shown above). Scott could not be happier with his new addition. "Scooter is fun, attentive, intelligent, active, spunky, and also considerate.  Great combination and I feel really lucky to have him.  I shall try to be worthy," Scott said of the cat. Thank you, Scott, for giving Scooter his second chance!