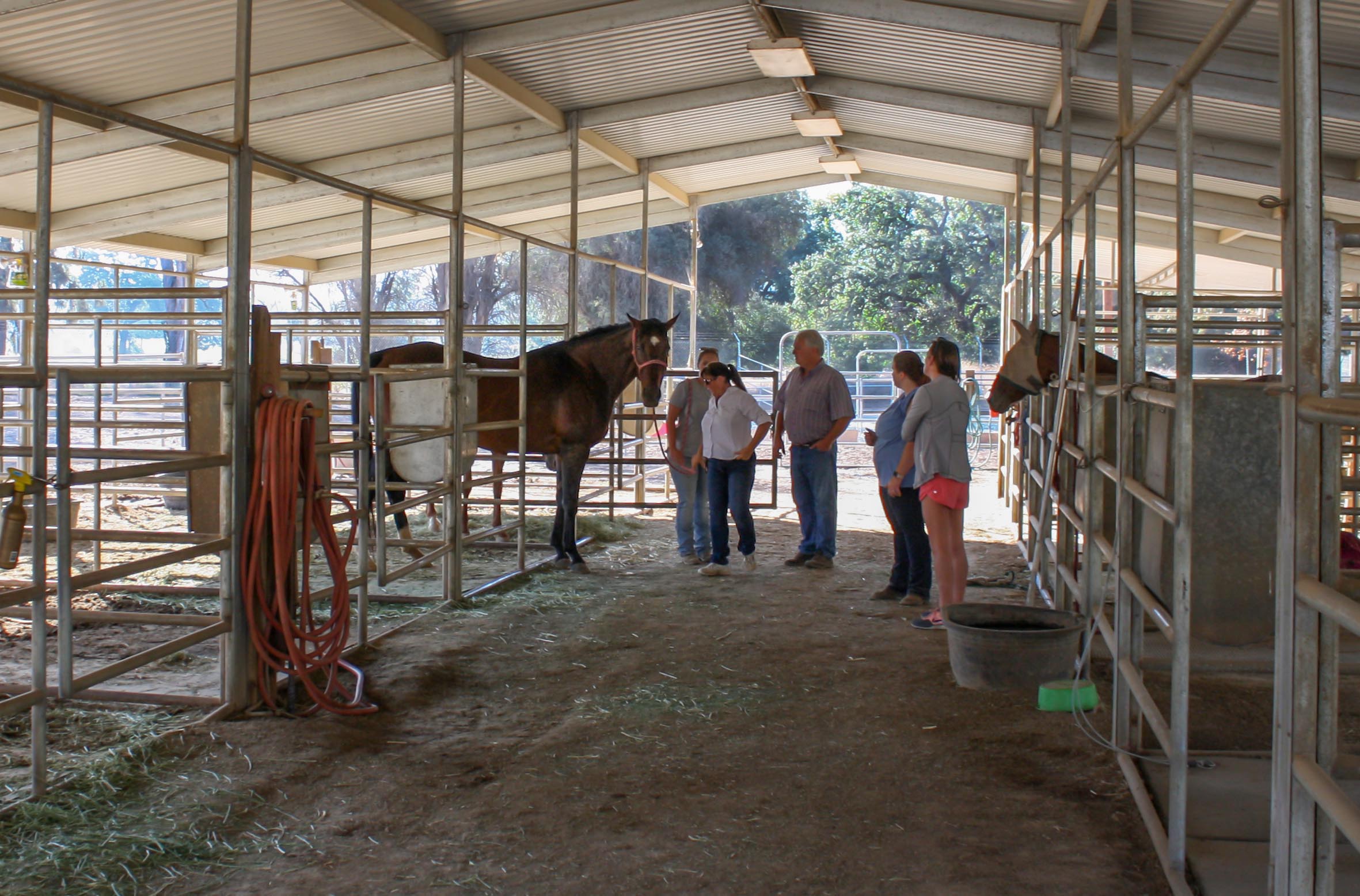 Congratulations to Sadie Mae who was adopted by Courtney and her family this past Friday! Sadie Mae was originally brought to the shelter on September 9th, 2014 when she was seized in the field by our Humane Officers after being found in severely poor condition.

Shelter Staff worked tirelessly to get Sadie Mae in good health and back to a proper weight. Sadie Mae’s previous owner was prosecuted and 19 months later Sadie Mae received justice for the neglect committed against her. While Sadie Mae had been adopted last year, her previous family was unable to keep up with her care and returned her to the shelter so that she could be re-homed.

Courtney had recently seen a video of the horses available for adoption at the Humane Society of Ventura County that was put together by Animal Ambassador Kali Brooks, and contacted the shelter to get more information on Sadie Mae. Courtney met with Humane Officers here at the shelter and at the site where Sadie Mae would be boarded and it was clearly a great match. The days prior to Sadie Mae's adoption our equine Specialist Christie Tracy and Veterinarian Assistant Christina Malleck practiced loading Sadie Mae into a trailer to help her gain confidence for when her big day would come.

On Friday morning, Courtney and her family as well as professional horse transporters Barbara and Charlie Jerviss, successfully loaded Sadie Mae into a trailer to take her to her new home. Thank you to everyone involved in making this adoption happen and to Courtney and her family for welcoming this beautiful horse into their family! 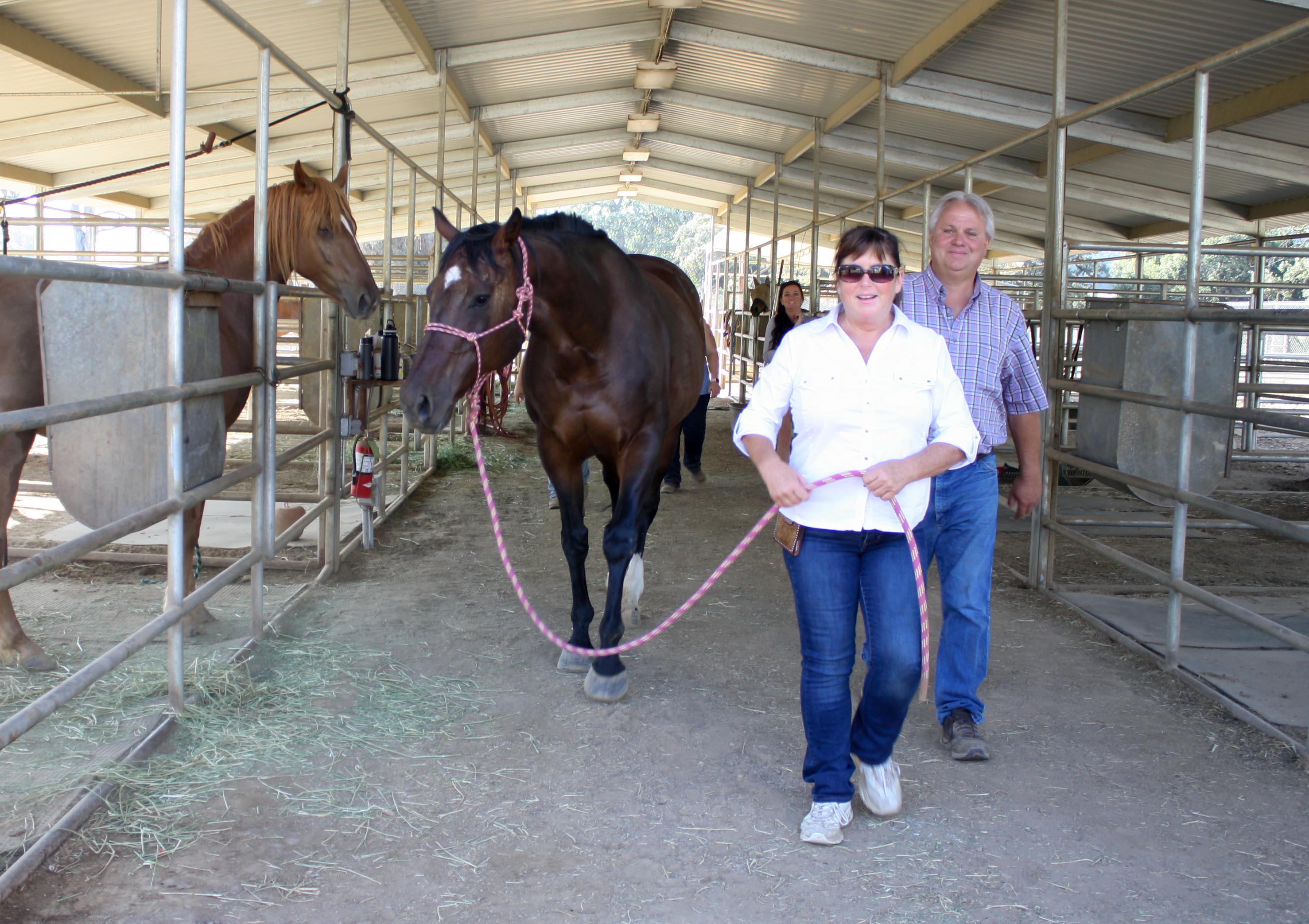 Barbara and Charlie Jerviss preparing to load Sadie Mae into the trailer. 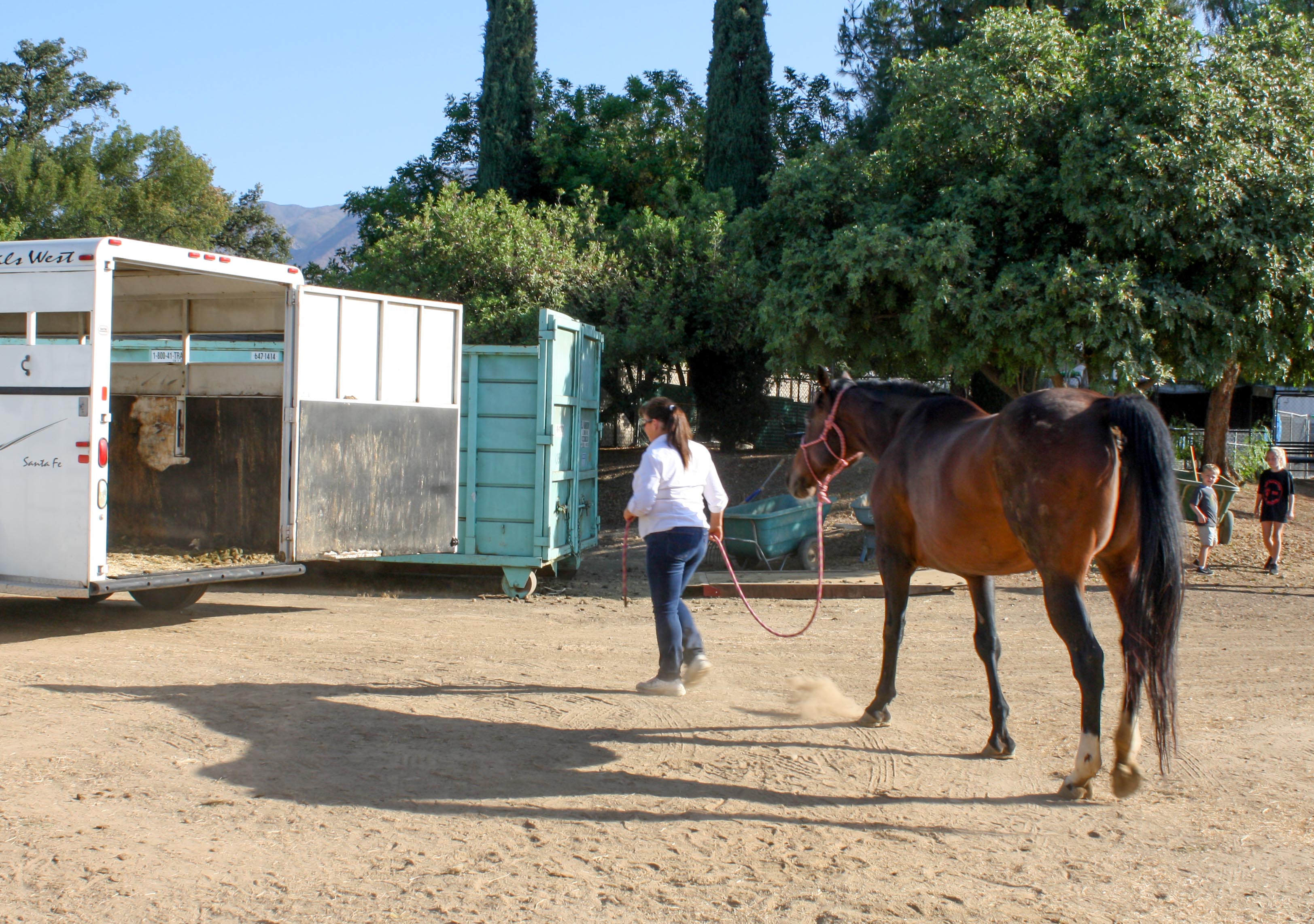 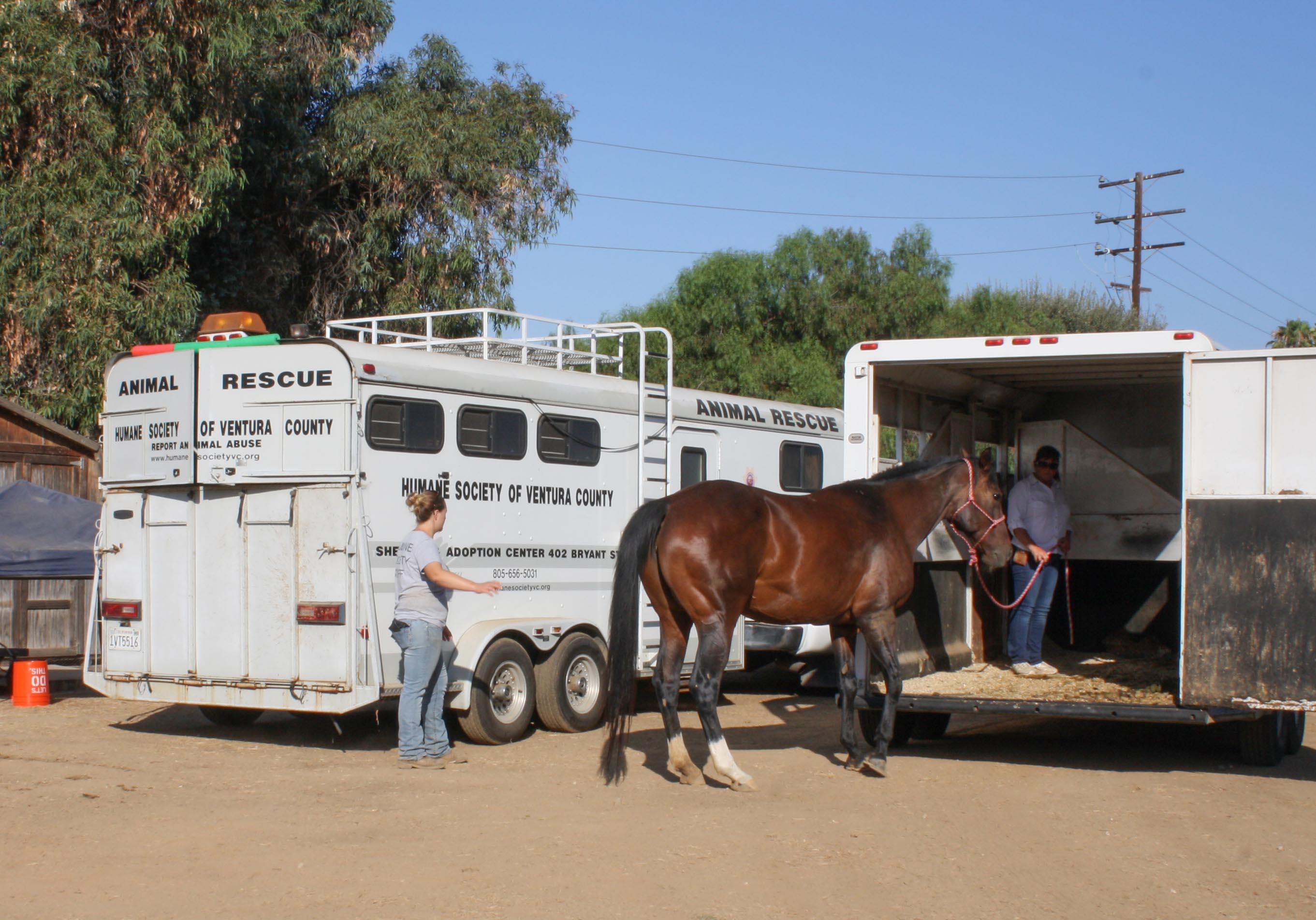 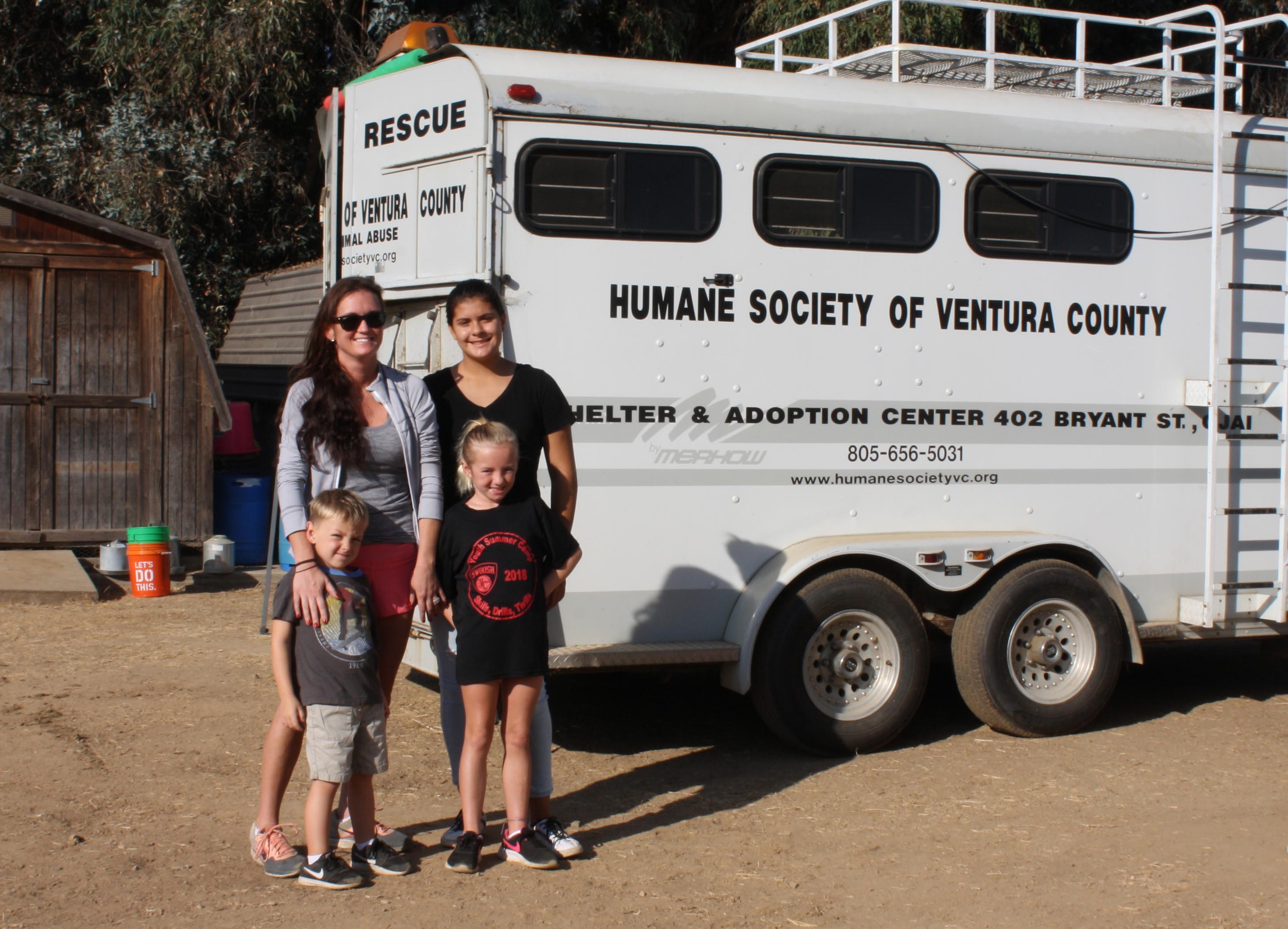 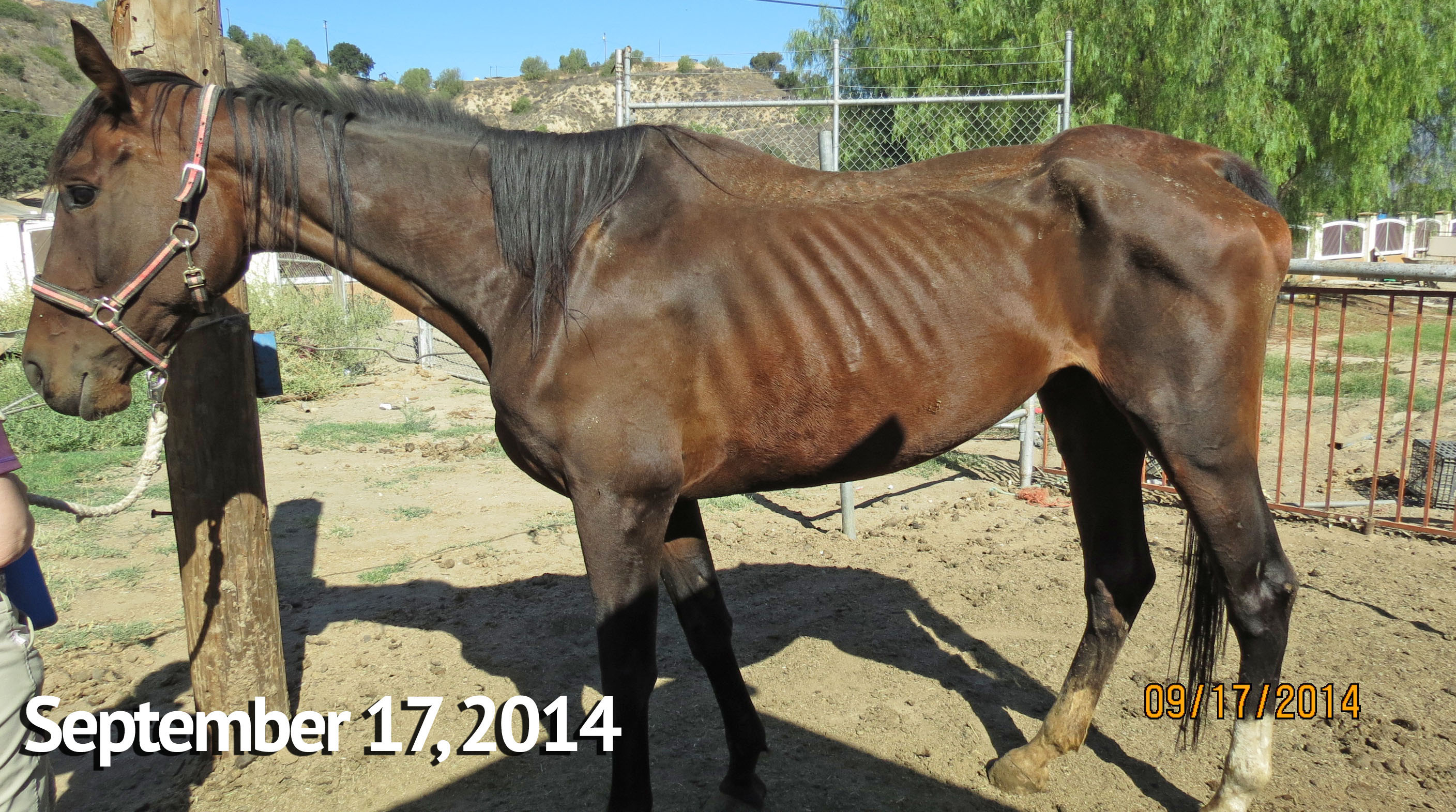 Sadie Mae when she was first brought to the shelter after being seized in the field by Humane Officers in 2014. 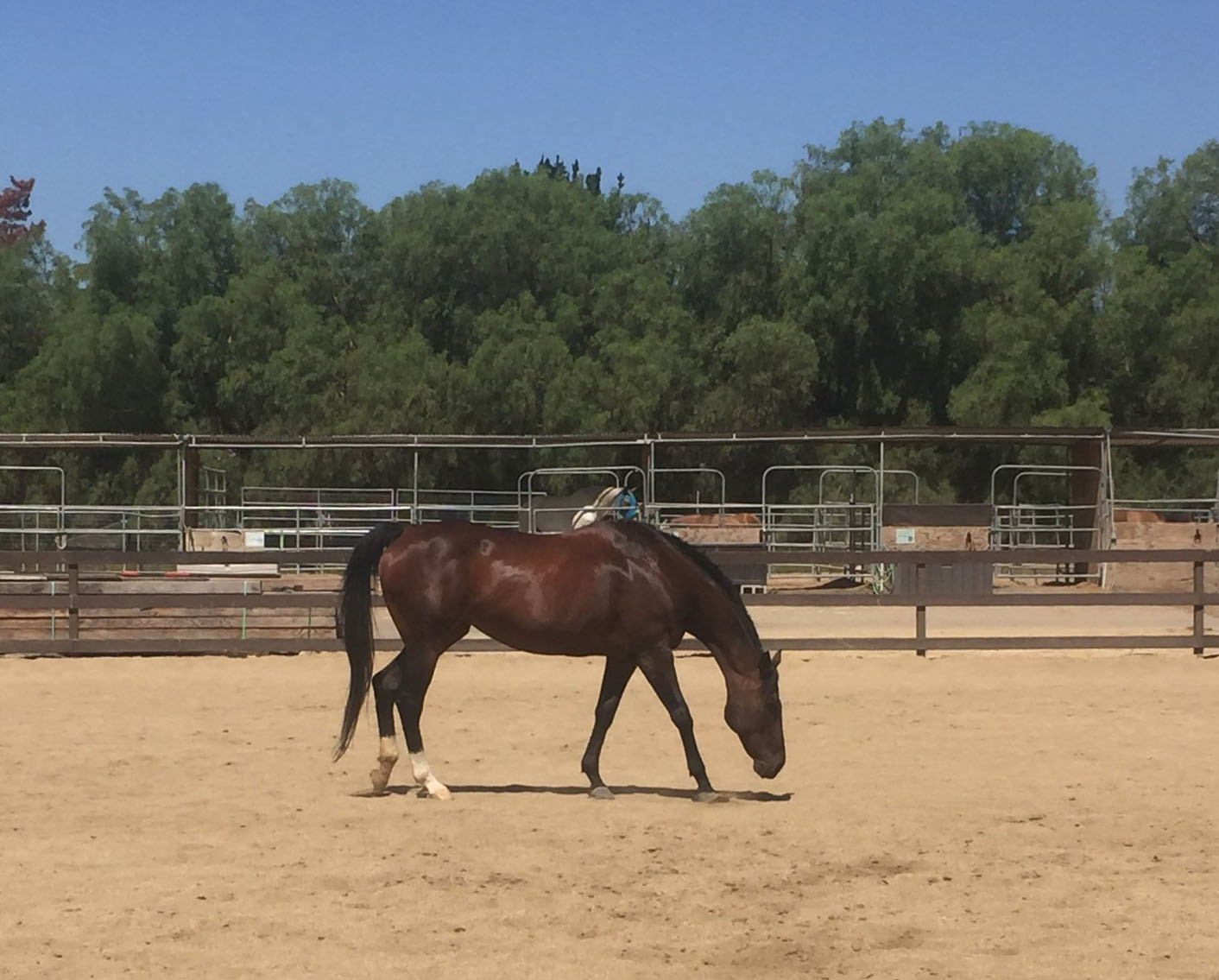