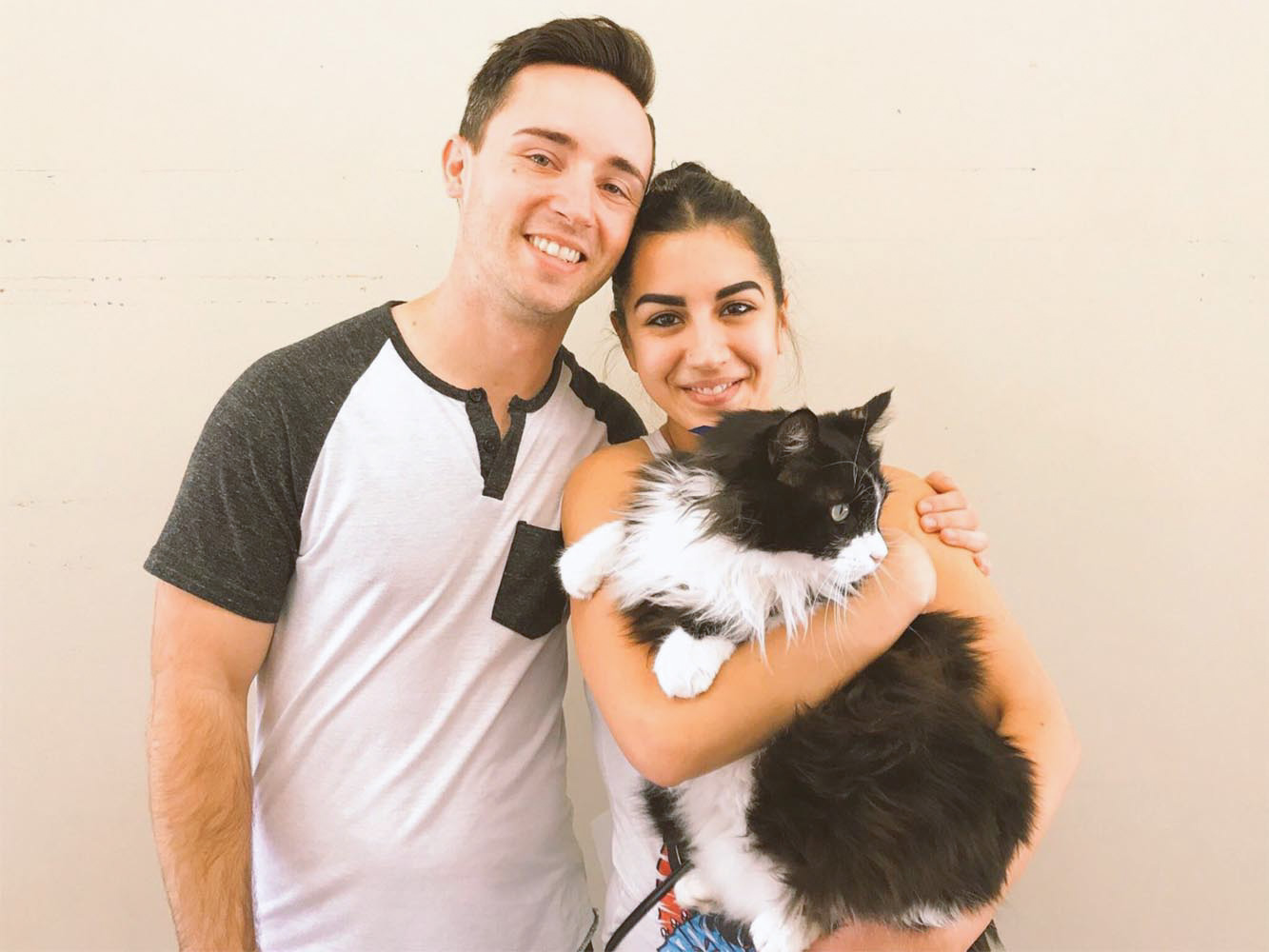 Nicole and Tyler adopted Obsidian, formerly Apollo, from the HSVC in June of 2017. Nicole said she initially had her sights set on a different cat when looking to adopt from the shelter, but he was adopted before she got the chance. Devastated, Nicole’s boyfriend Tyler convinced her to come back to the HSVC in hopes of finding someone else to love. 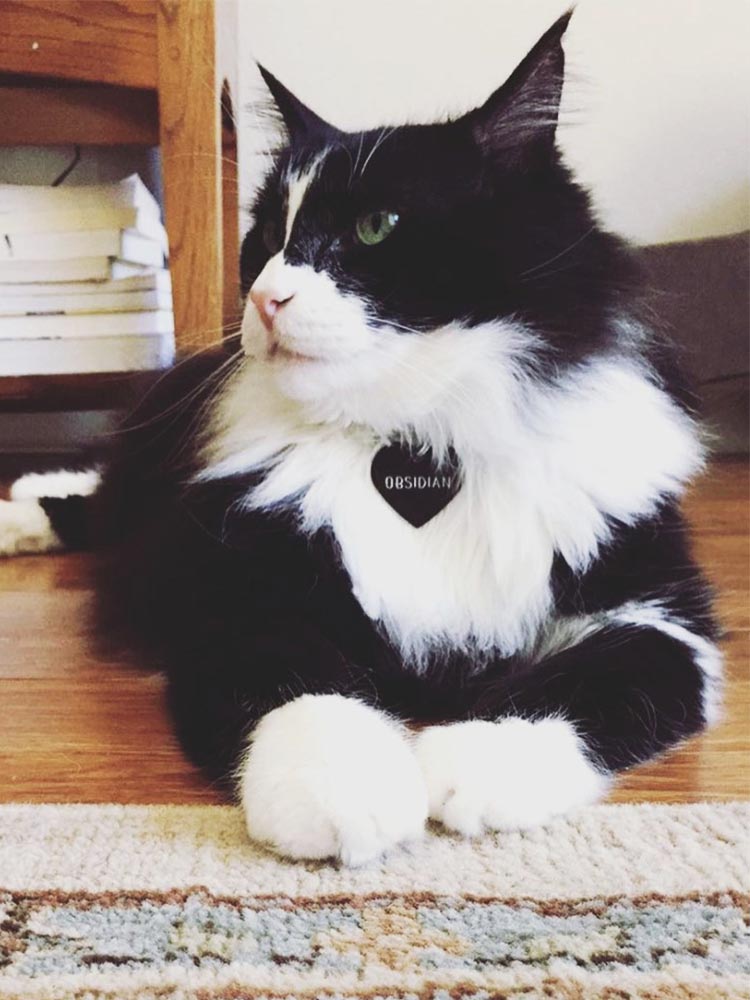 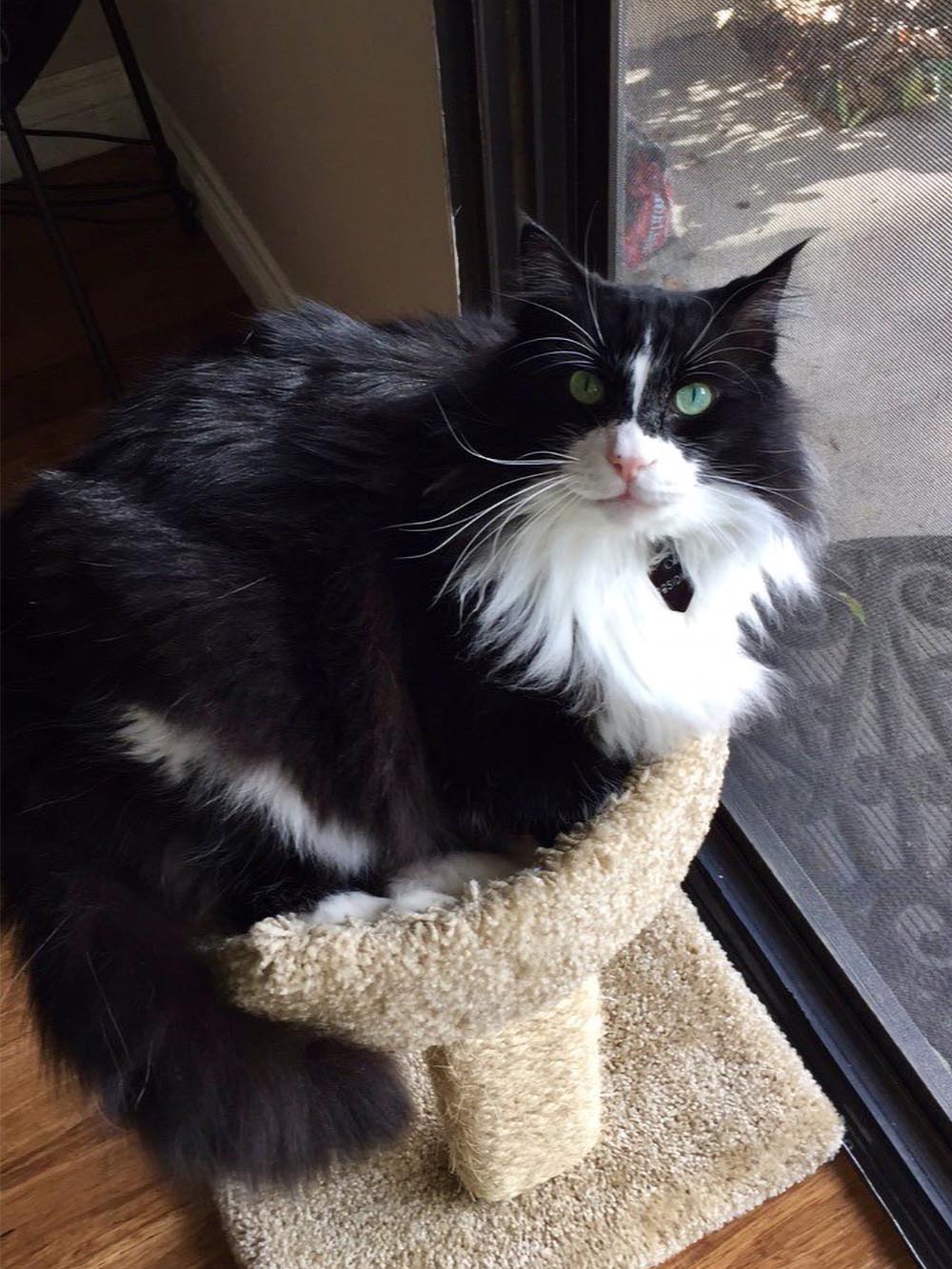 The pair visited the shelter once again and this time met a sweet 8-year-old (at the time) Maine Coon cat. “He was perched atop the tallest cat tree, looking down on us like some kind of domestic regal lion. I looked into the prettiest green eyes I had ever seen, and I was instantly in love. We sat on the floor and he hopped down to greet us, walking over with such an air of fancy cat, and at that moment I knew…he is the one!” said Nicole. They adopted Obsidian on June 13, 2017. 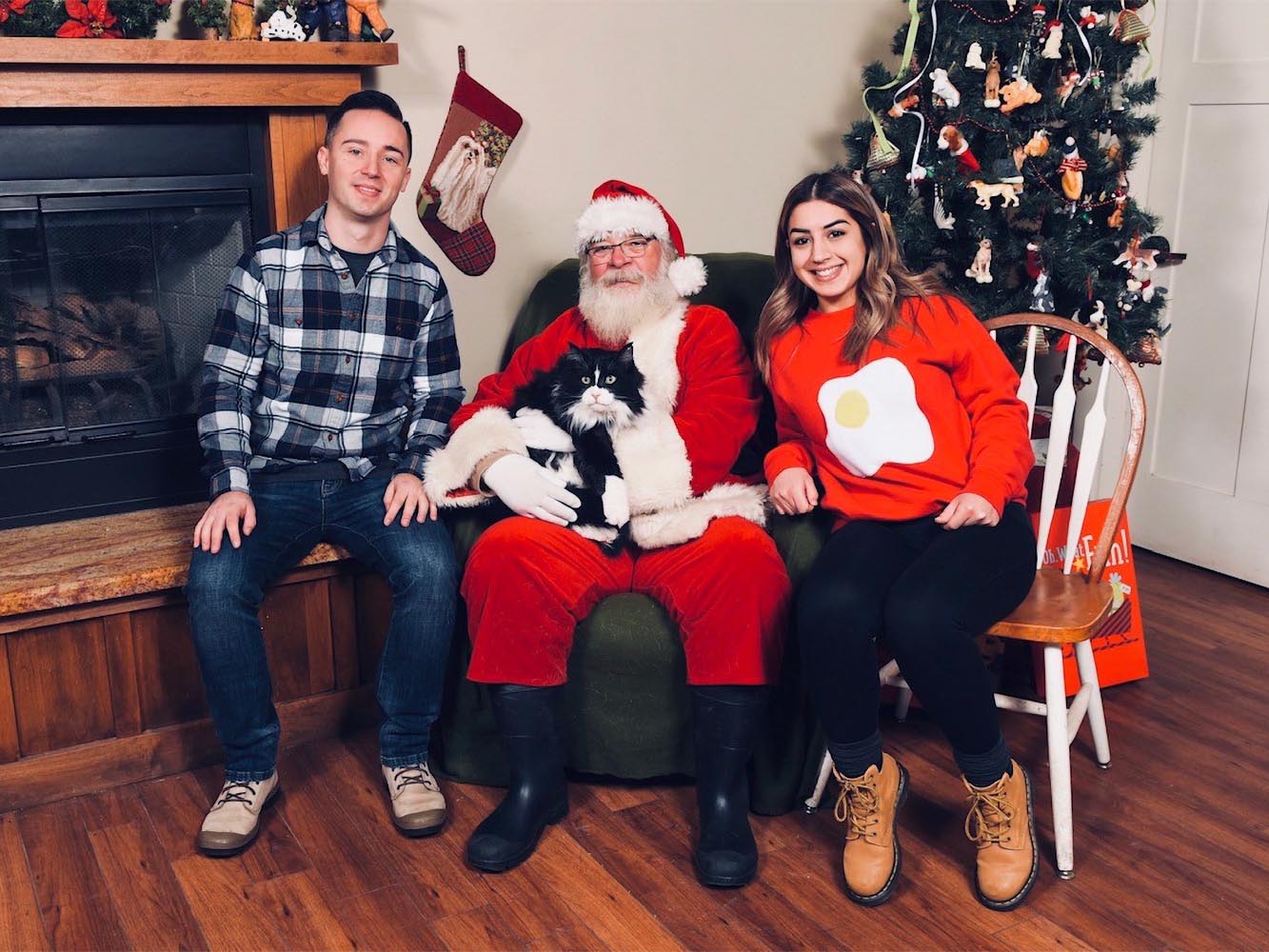 Obsidian, Obi for short, made himself at home immediately. According to Nicole, Obi crawled under the covers and slept between her and Tyler on his first night in their home. It has been nonstop love ever since. “He is the best cat I have ever met. He comes when we call him, he listens to us if we tell him not to do something, he doesn’t destroy things or knock things over…he truly is a shockingly good cat!” said Nicole. 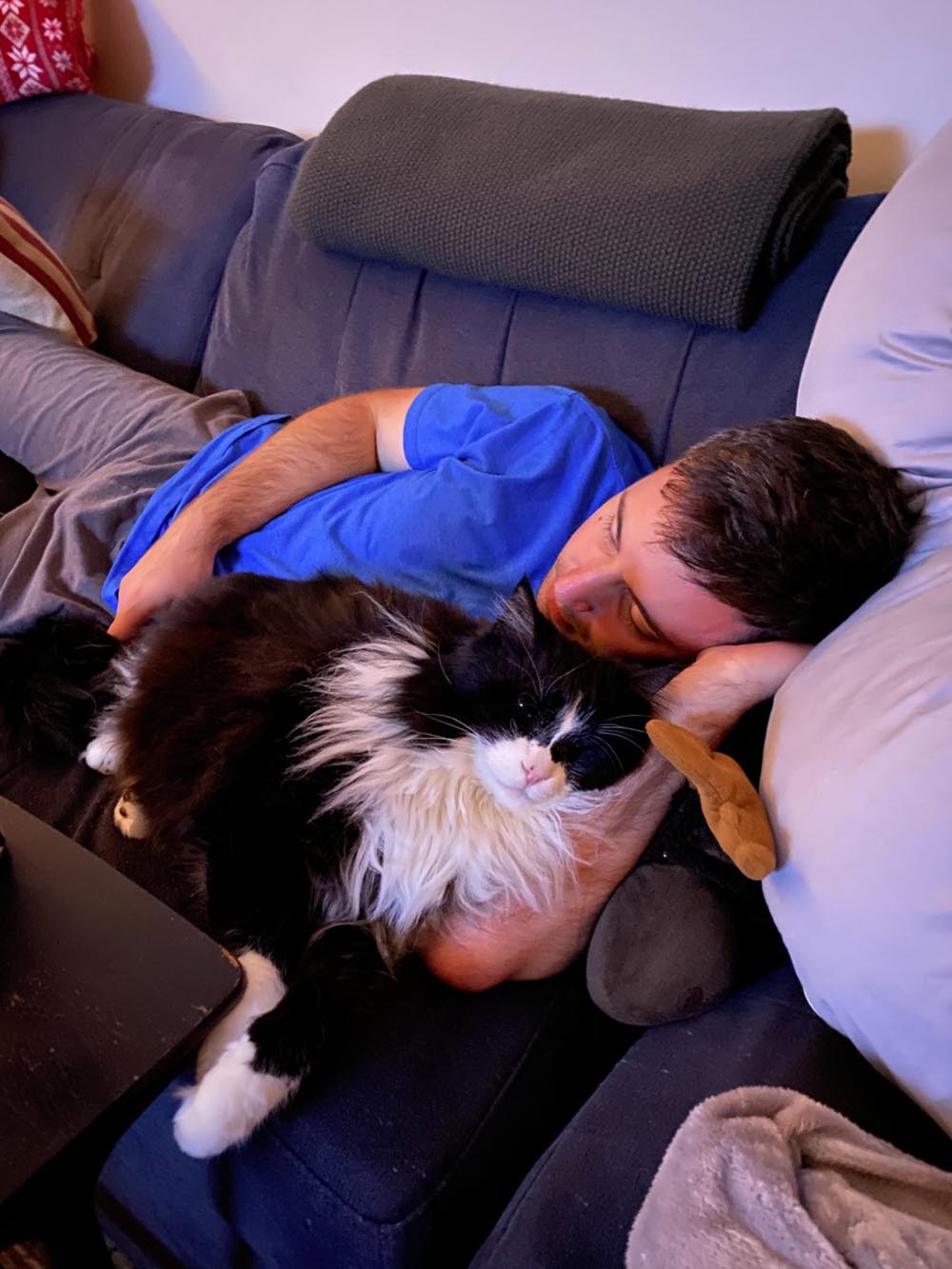 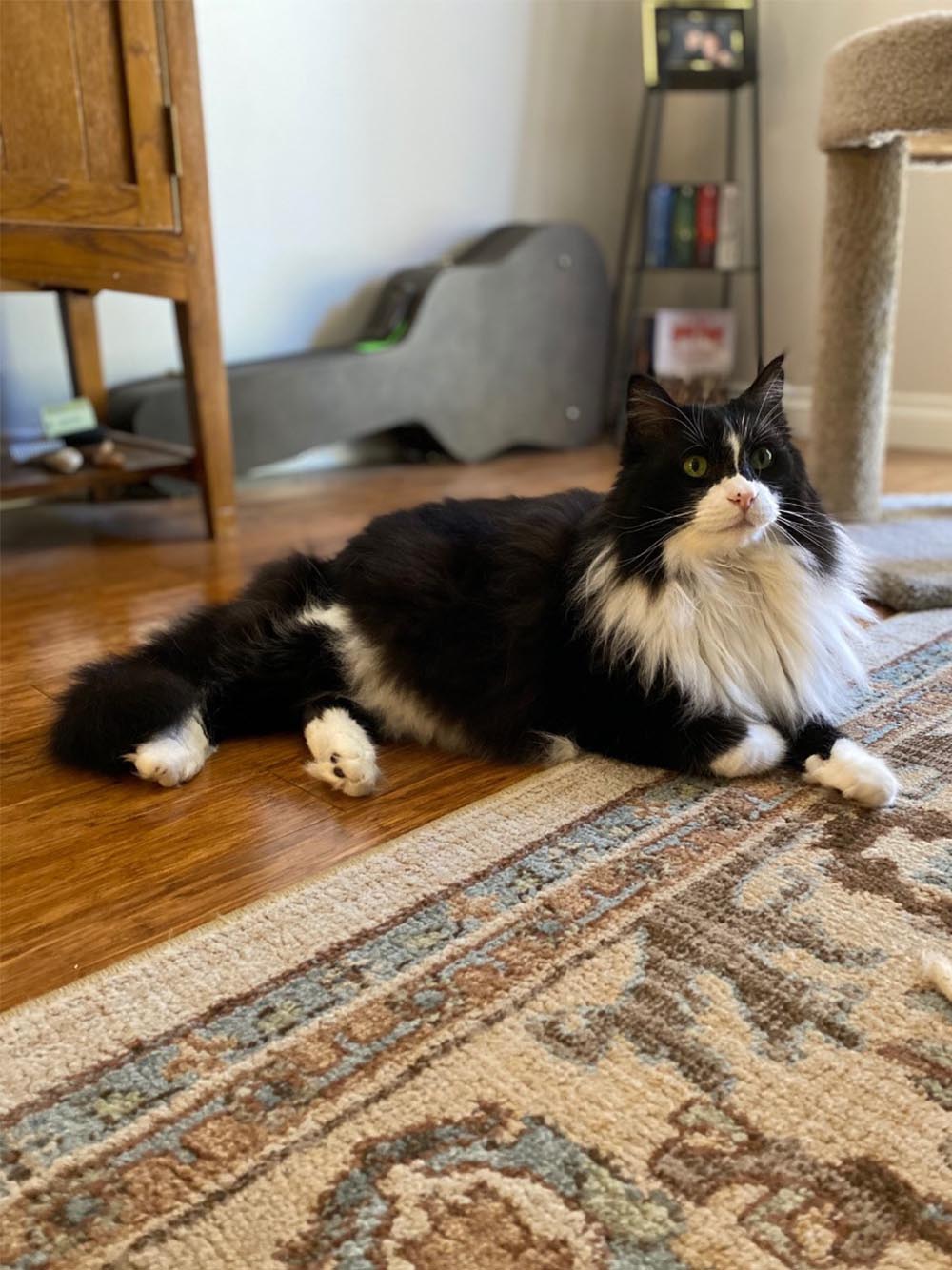 She even loves Obi’s “strange old man meow” and demanding need for attention. When it comes to who Obi loves most, Nicole reluctantly admitted the Mane Coon kitty loves Tyler slightly more. “He loves us both (ok admittedly he probably loves Tyler slightly more) so much, and we love him even more! Three years later and we still don’t know how we got so lucky with this giant guy,”

We are so happy we were able to bring this sweet trio together. Thank you to Nicole and Tyler for choosing to adopt not shop and rescuing sweet Obsidian!