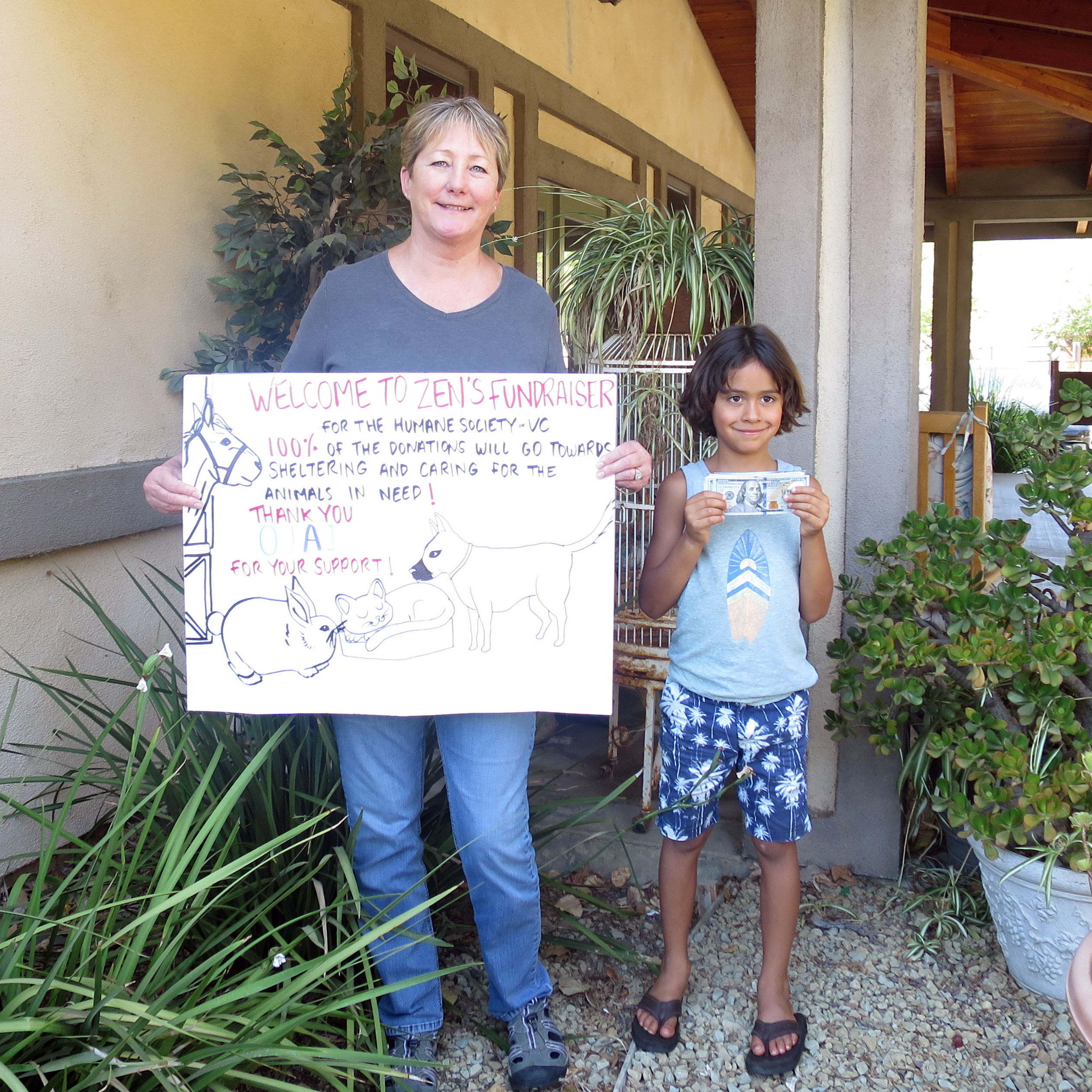 We would like to give a very special thank you to a local young man whose generous heart brought many gifts to animals in need! Six year old Zen is a frequent guest at the shelter and he and his mother can often be found keeping the kittens company.

This past weekend Zen, with the help of his mother Natascha, held a fundraiser in front of Von's on Maricopa Highway for animals in need. Not only did Zen raise nearly $500 but he also collected two large boxes of much needed pet goods as well!

Shelter director, Jolene Hoffman, was honored to accept Zen's donations yesterday on behalf of all the animals. We are so grateful for all Zen has done for the shelter and thank you to everyone who showed Zen support on this amazing fundraiser!