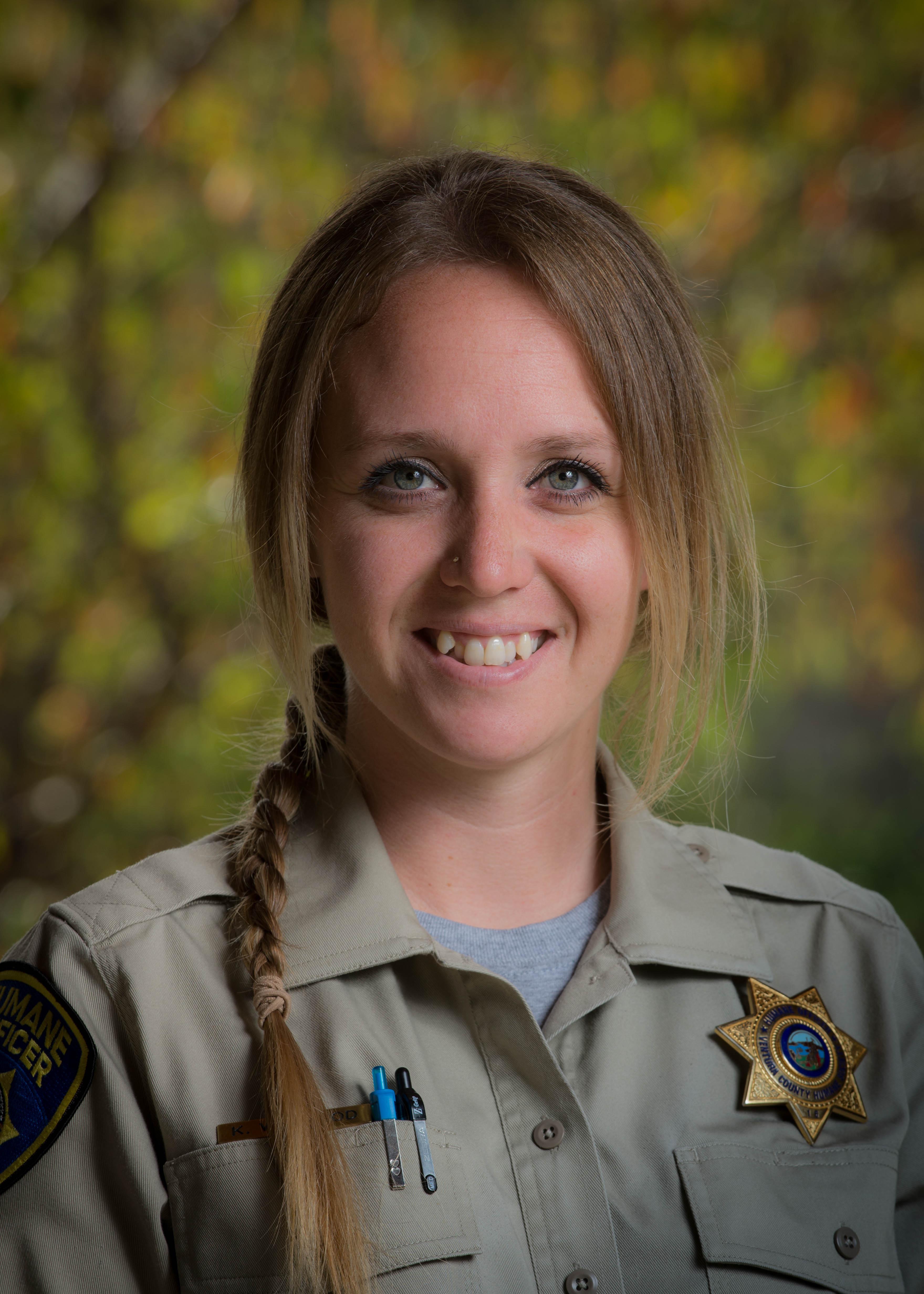 K. King joined the Humane Society staff in January of 2014 as an adoption counselor. As a lifelong animal lover, King knew that a career in animal welfare was for her. After studying anthropology and criminal justice at Ventura College she began extensive training to become a humane officer, completing the Animal Law Enforcement Academy at the San Diego Humane in October 2015. In July 2016, King was officially sworn in by Judge Henry Walsh at the Ventura County Courthouse.

Since King was officially sworn in, she has completed numerous courses on California animal laws, investigation techniques, disaster response, and animal abuse and neglect. She completed the Advanced Animal Law Enforcement Academy at Marin Humane in 2018.

In March of 2020, King used her experience in disaster preparedness to form the Shelter’s first Emergency Response Team (E.R.T.), comprised of a group of dedicated volunteers. Now known as the HSVC ERT, this dedicated group of individuals provides support at the shelter during times of emergency. The HSVC ERT assists with animal intake and care at the shelter location. The group is comprised of 18 members who participate in ongoing training onsite.

King was recognized for her accomplishments and excellent leadership skills as a Humane Officer and promoted to Senior Humane Officer in June of 2021.

King is a Ventura County native, growing up horseback riding and surfing she is proud to serve as a voice for creatures that would otherwise have none, as well as helping the people within her community.