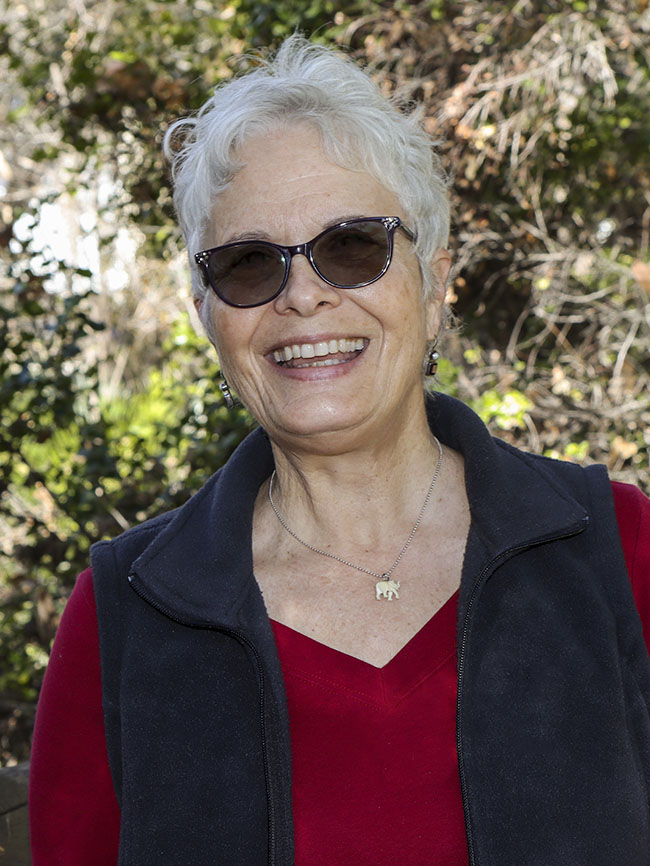 the pandemic. She is a long-time resident of Ojai and worked for decades as an administrative assistant at several Ventura County law firms and at a popular destination hotel in Ojai.

As a lifelong lover of all animals as well as a Humane Society supporter, Judy often pondered the possibility of working at HSVC, but the timing was never right. Then in the fall of 2020 and finding herself at a career crossroads and in need of a job, she responded to an employment post from HSVC and landed the job!

Judy is now working at a job she considers to be the most personally rewarding, with an added bonus that it is for an organization that is close to her heart and benefits its community endlessly. She loves finding caring homes for our furry friends at the shelter, lending a sympathetic ear to folks who have just lost a pet and making a positive impact in her community. And the best part? Snuggling with a puppy or kitty on a stressful day or spending her lunch break with a favorite dog pal.