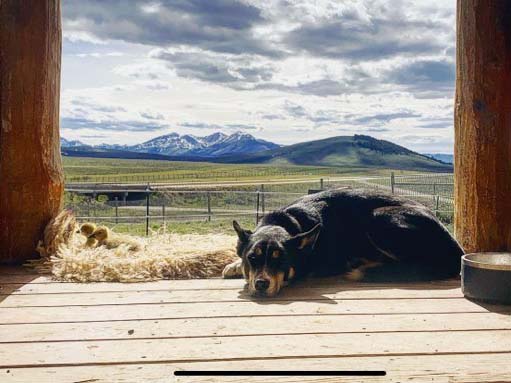 Four-year-old Jake came to the HSVC in the fall of 2017 after being rescued in the field by Humane Officers. The adorable Australian Cattle dog quickly found a new home with actress and philanthropist Autumn Macintosh. Unfortunately, Jake did not get along well with Autumn’s other furry friend, Bear, and she was forced to return him to the shelter a week later. 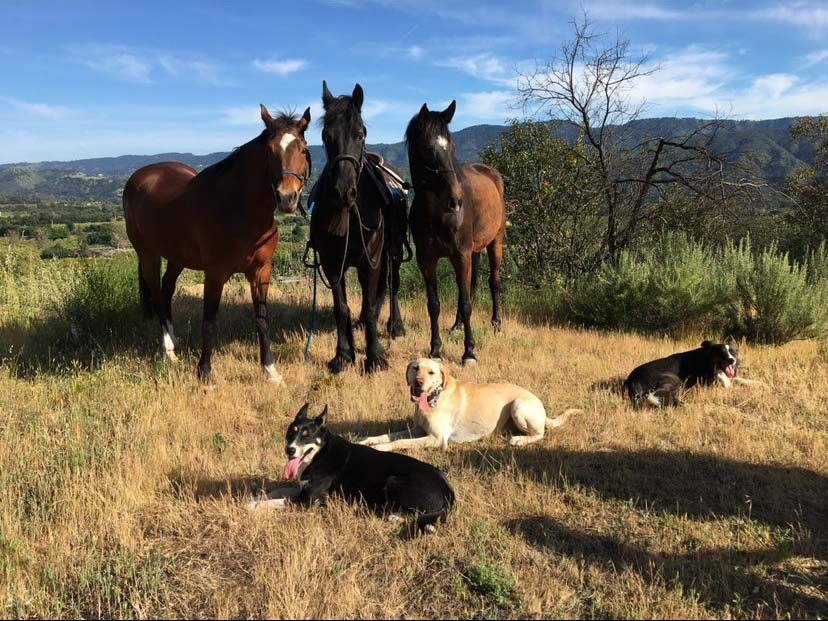 Cecile, a friend of Autumn’s, began spending lots of time with Jake after he returned to the HSVC. She quickly fell in love with his sweet personality and decided to make him a part of the family. According to Cecile, the pair has spent every day together since his adoption in November of 2017. “He went to every ranch I worked on and everyone instantly fell in love with him. I spent a lot of time training him so that he stays safe around the horses and wildlife. He is great and listens like no other dog I’ve ever had,” said Cecile. 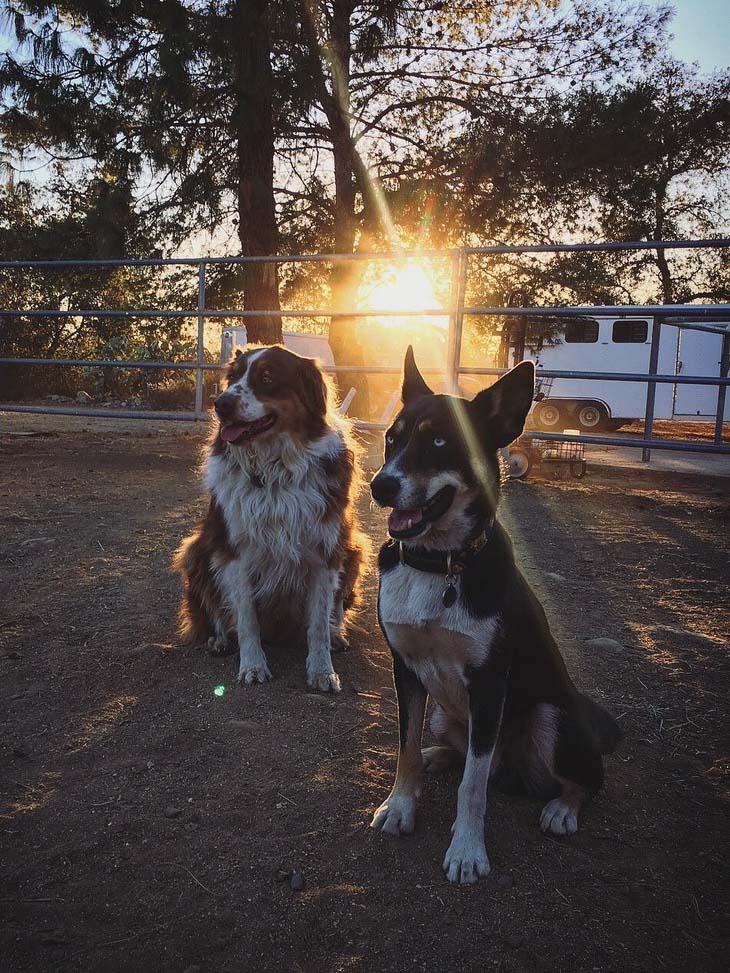 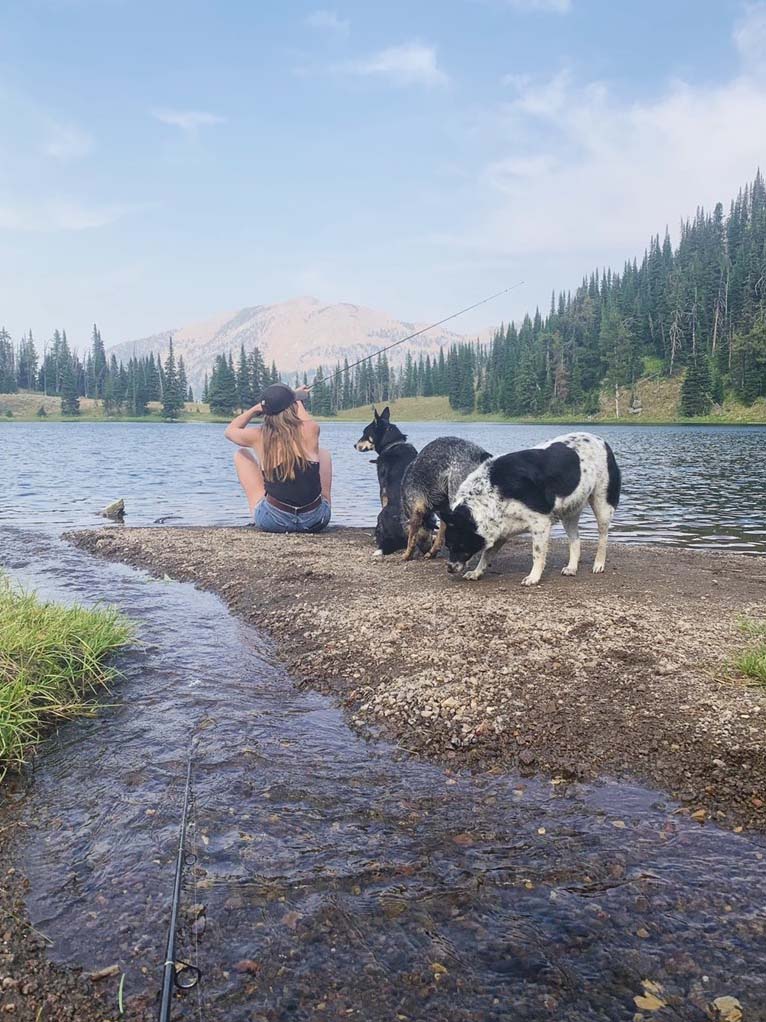 Jake was underweight when Cecile brought him home, coming in at just 28 pounds. With time, patience, and the assistance of Matilija Veterinary Hospital’s Dr. Bailey, Cecile and her fiancé Jared were able to get Jake up to a healthy 45 pounds. 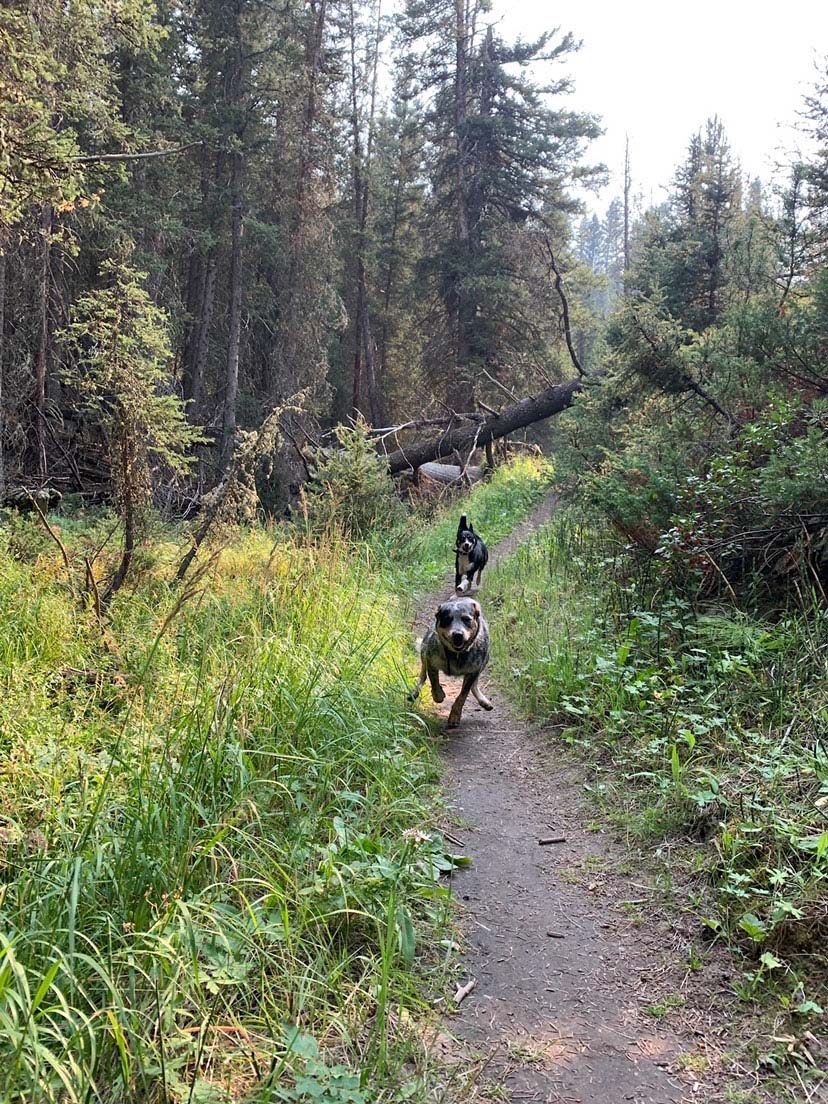 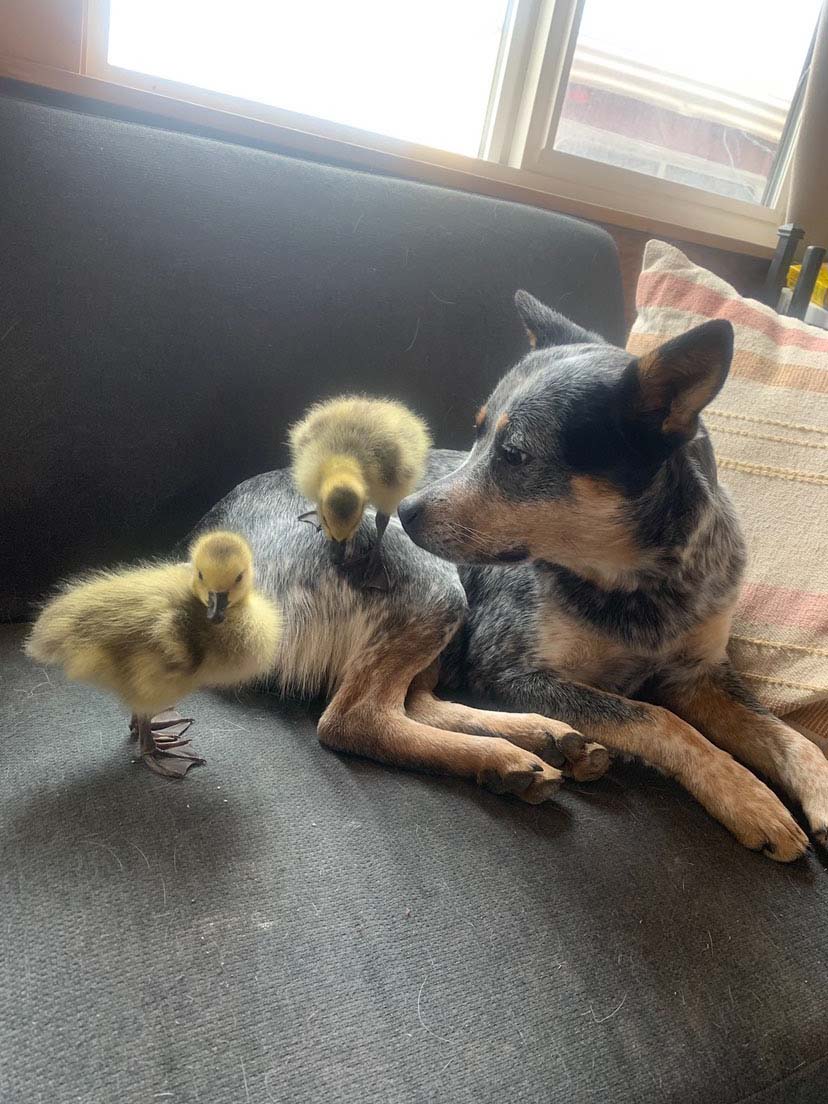 In 2019, the couple took Jake on several road trips to Montana. It was there that they found Jake a “little brother” named Bucket (above). “The two of them are inseparable. Everyone around town loves them, when we are home they get to roam around town. People love when they visit,” said Cecile of the handsome pair of pups. 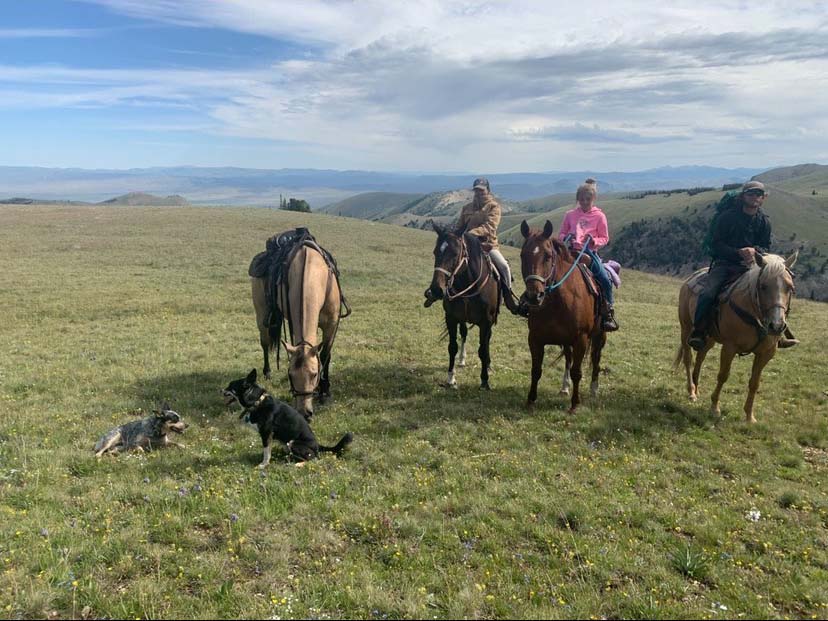 Jared and Cecile recently moved their family from Ojai to Montana and are now living the ranch life full time. Cecile says that Jake has taken to their new outdoor lifestyle better than she could’ve imagined. “Jake has always had a wild heart, it’s more clear now than ever before. It’s not that he belongs to the mountains, it seems the mountains belong to him. I’ve never seen him as happy as he is when he gets to spend the days and nights out in the mountains with his little brother, the horses and I. I couldn’t imagine life without him!” said Cecile. 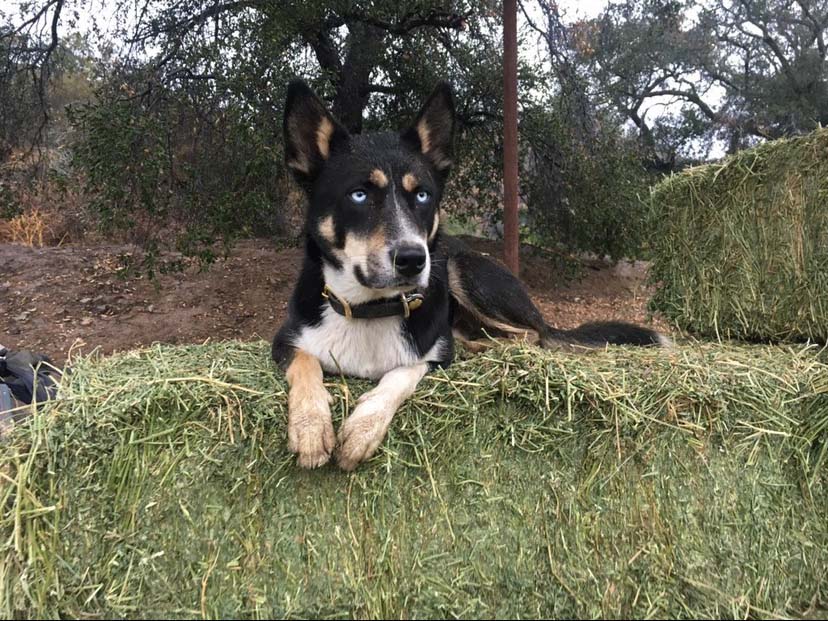 Thank you, Cecile and Jared, for taking a chance on Jake and giving him the amazing life he deserves!