Immediate Care Needed For Dog Rescued by the HSVC 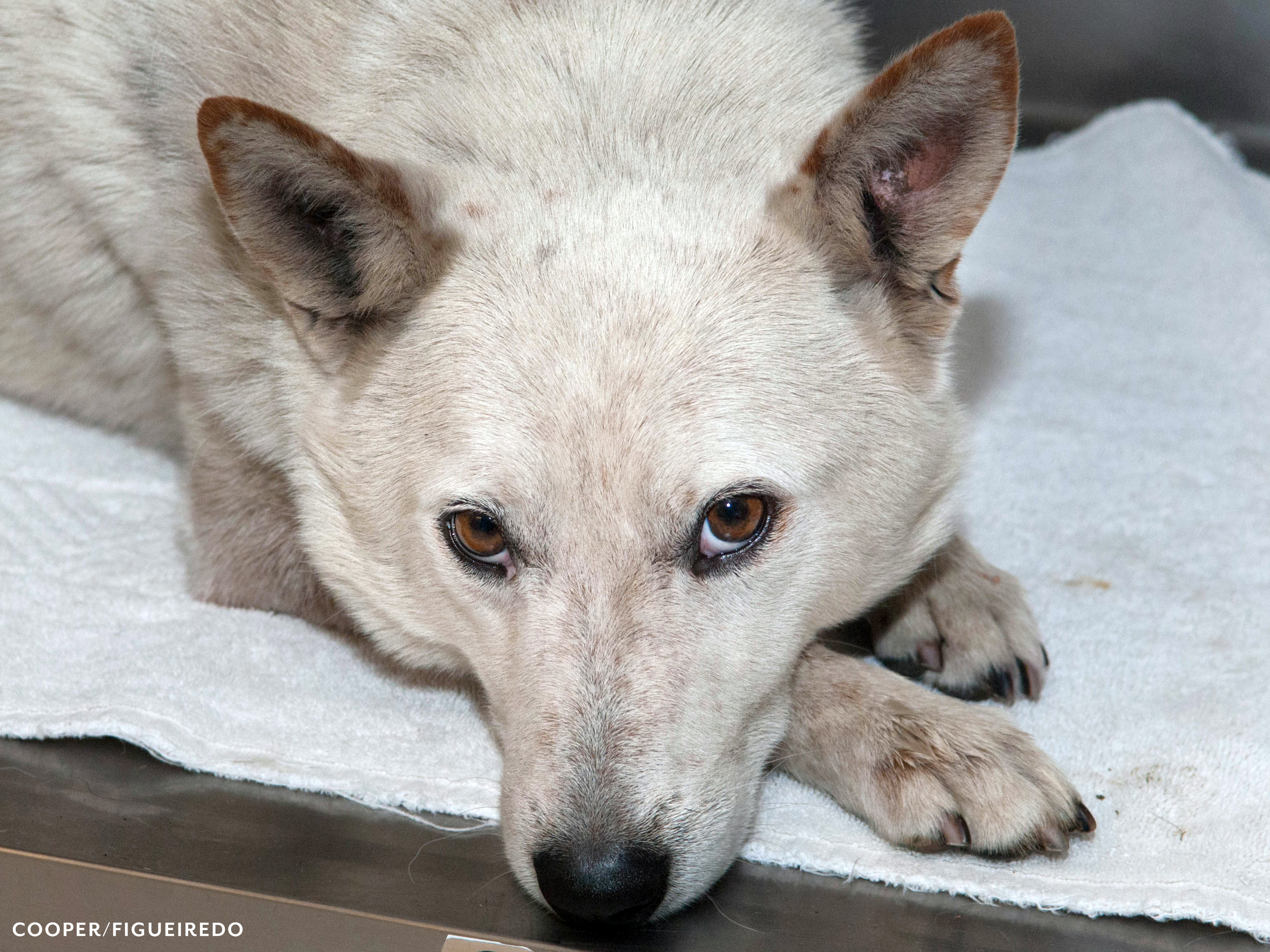 On Thursday, May 14th, our Humane Officers responded to a call from the Ventura County Sheriff’s Department regarding a lead they had received of a dog with  an exposed bone in its foot that it was eating away at. When officers arrived on the scene, they saw a dog tied to the fence wearing an E-Collar (cone). There was no food, water, or shelter and the dog was clearly injured on its rear right leg.

The dog was taken directly to a veterinarian by Humane Officers. After examination it was clear the leg would need to be amputated. The dog had eaten away its own flesh and bones on its foot causing irreversibly damage, the results were grotesque. The owners claimed that the dog had been hit by a car two weeks earlier and what started as a small wound had turned into a gaping lesion with protruding bones. 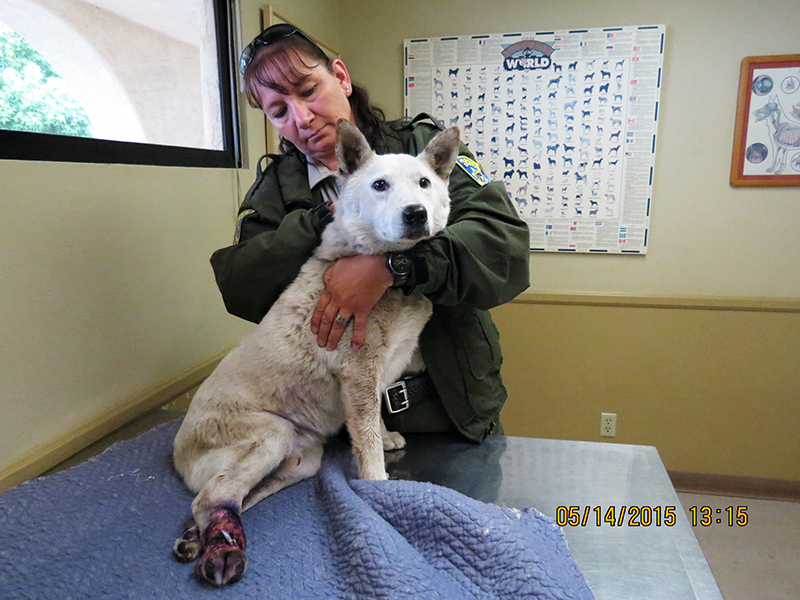 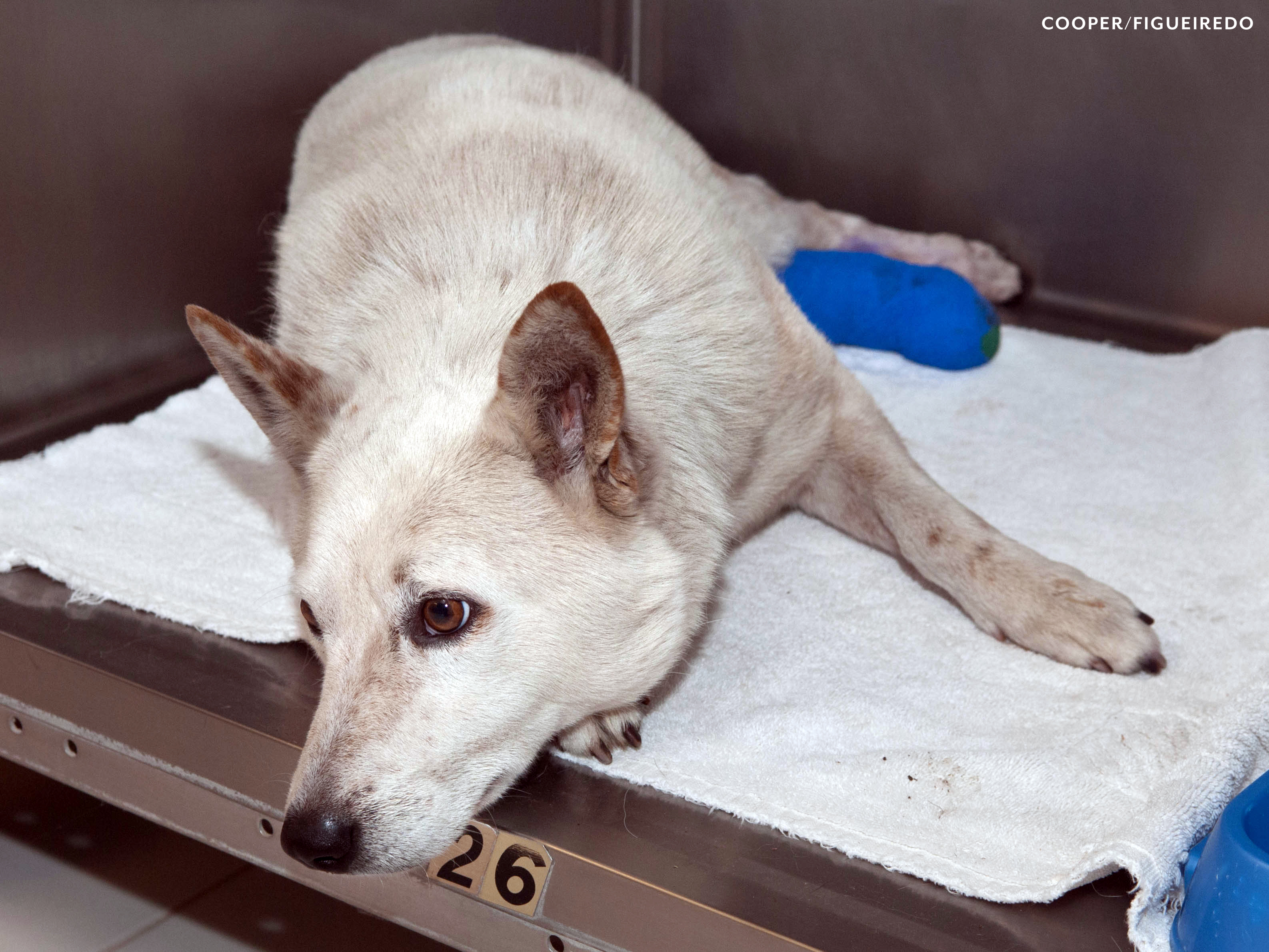 The dog, now named Odin by staff, is in the shelters care and will have his rear leg amputated in our clinic this morning. His leg is currently bandaged and though he is in pain, Odin is taking kindly to his rescuers. When he recovers he will make an incredible companion for the right person.

The estimated cost of a full leg amputation is upwards of a $1000. Please follow the link if you would like to donate to the cost of Odin’s surgery. No amount is too small.

Please call the shelter for more information on donating at 805-646-6505. Or you can visit the shelter at 402 Bryant St. in Ojai, Monday through Saturday between 10-6.