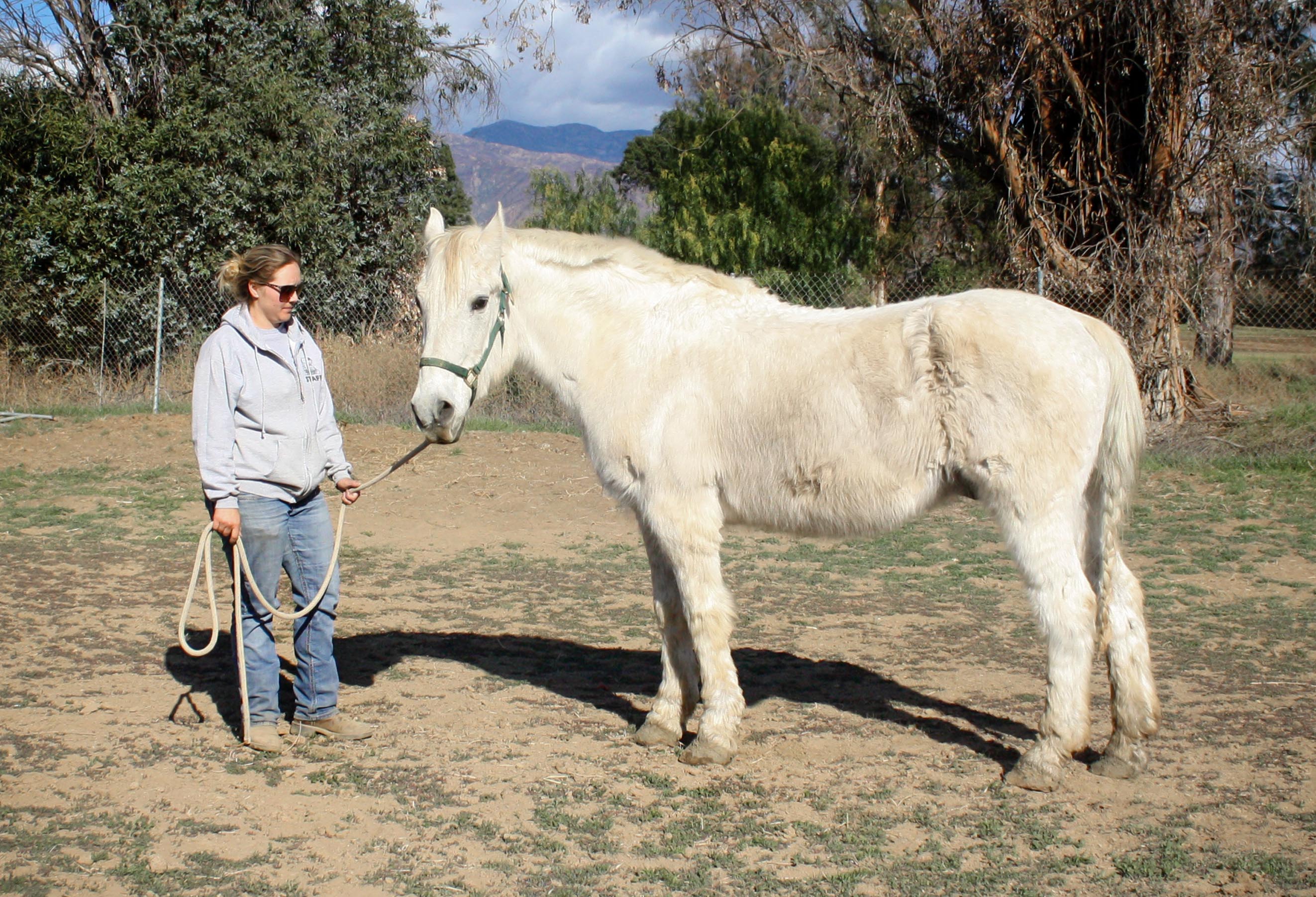 On Wednesday, December 13th, the Humane Society of Ventura County took in a stray horse that had been found wandering in a field in Santa Paula just nine days after the Thomas Fire had ignited in Upper Ojai. Two kind citizens in the area were able to load the horse into a trailer and transport him to the shelter where he was promptly given food and bathed.

There is no way to know for certain, but from his looks, the horse had been wandering for days if not longer without food or fresh water. He was covered in dirt and ash and had deep imprints from a halter around his face. Local veterinarian Dr. Granstedt, DVM, who had been offering her services to the shelter during the fire, tended to his needs and reported that he was indeed very emaciated. However with the proper diet and medical care, the horse, lovingly named Tommy by the staff, has made an impressive recovery.

As of February 21st, Tommy weighs in at 1,149 pounds. When he reaches full weight and is cleared by a veterinarian, he will be available for adoption into a loving home. Since his arrival, we estimate that it has cost the shelter around $3000 to cover his care which includes daily grooming, feeding, boarding, as well as his veterinary care and ferrier services. If you would like to make a donation to Tommy and the loving team caring for him, please follow the link below and help support animal rescue efforts right here in Ventura County!

A special thank you to Humane Officers Vail & Winwood, Veterinary Assistant Christina Malleck, and Kennel Attendant Christy Tracy, for taking such good care of this great horse since his arrival!

By donating to the HSVC, you'll be part of a community of people who are making a positive impact on the lives of animals in need in Ventura County.

The Humane Society of Ventura County is a compassionate care shelter and nonprofit organization dedicated to the protection and adoption of homeless animals throughout Ventura County.

Have a purrfect weekend and thanks for your support!