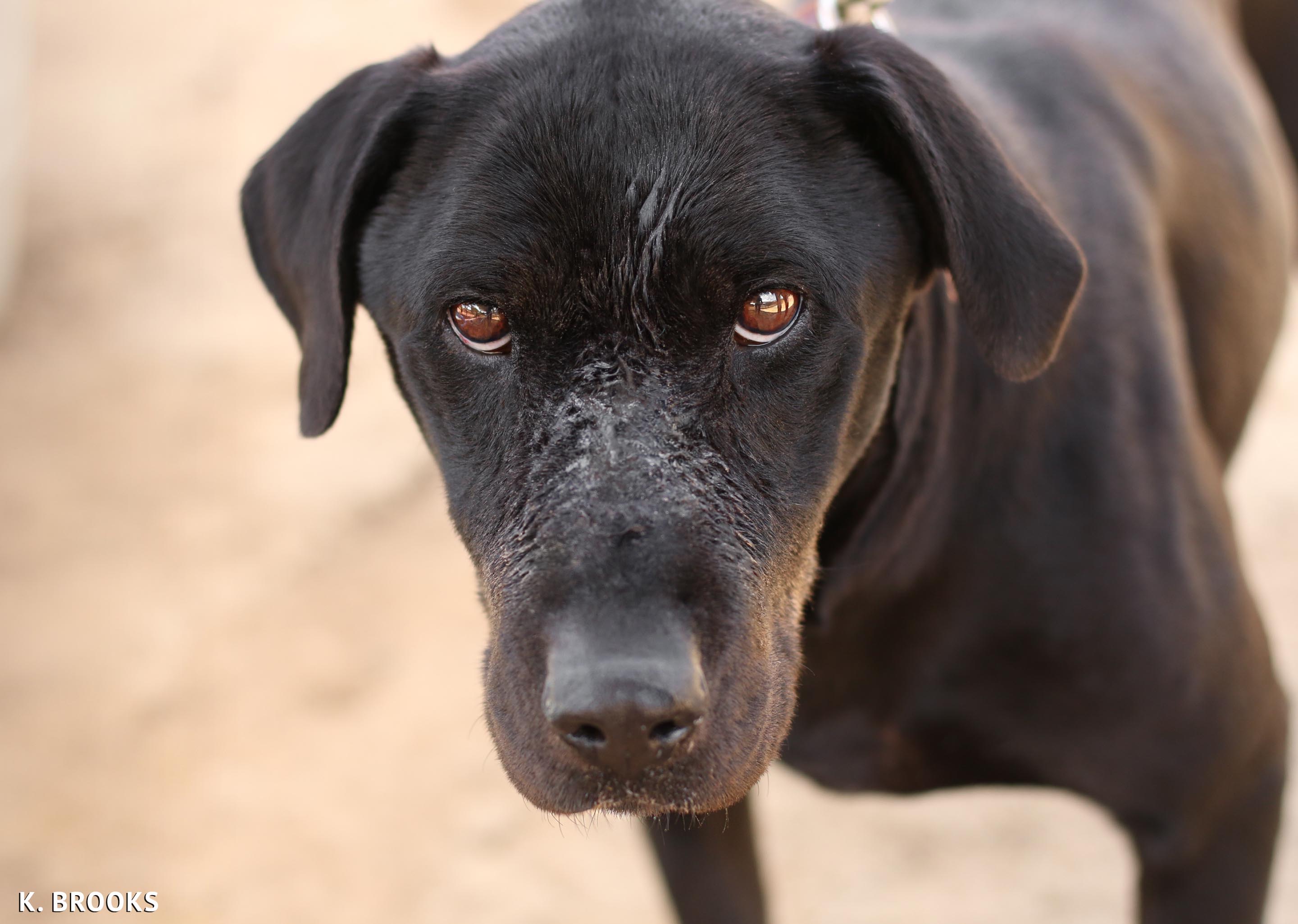 This past March, Senior Humane Officer Vail, and Humane Officer Winwood received a complaint about a badly neglected dog. Due to the urgency in the complaint, the officers, who handle cases of animal abuse and neglect throughout the county, responded immediately. What the officers would witness next would be a harrowing sight. 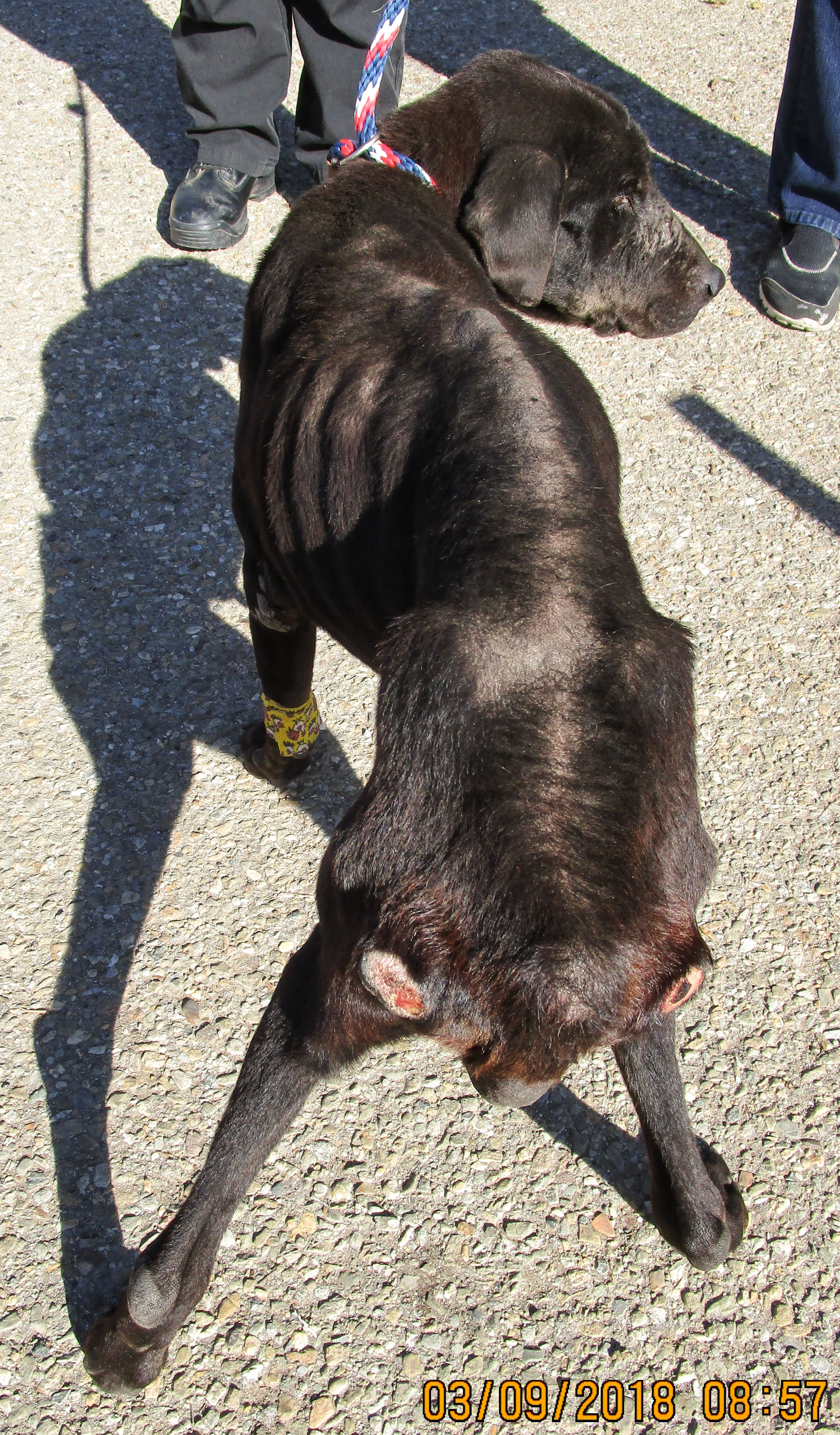 Officer Winwood recalls the moment they arrived on location, “’How is she [the dog] still alive?’ Was my initial thought when seeing her,” commentedWinwood. You could easily discern each individual rib, hip, and backbone. The dog had little to no hair on her tail and spine and was unable to lift her head higher than her shoulders. Across the bridge of her nose was several deep scars. Her eyes and the sides of her head were sunken in giving her a ghostly appearance.

The Officers decided to impound the dog based on her condition. The black lab mix, now named “Athena”, was immediately taken to Ojai Village Veterinary Hospital where she was seen by Dr. Sallen. Athena was extremely underweight at just 36 pounds.

The Humane Officers prepared a case and turned it over to the Ventura County District Attorney’s Office for review.  During the course of the investigation, the Deputy D.A. assigned to animal cruelty cases came to the Humane Officers with an idea. The D.D.A. had learned about the Benchmark Animal Rehabilitative Curriculum (B.A.R.C.) Online Animal Cruelty Prevention and Education Course.  An immersion course designed to cover a number of animal cruelty and neglect topics. The court ordered course takes from two to six months to complete. The D.D.A., along with the Humane Society of Ventura County, is focused on changing the attitudes and actions of our community towards animals through education. Athena’s was the first case in the County to have the defendant successfully complete the B.A.R.C. Online Animal Cruelty Prevention and Education Course.

As of this past September, Athena now weighs a healthy 50 pounds and is learning to enjoy life. Through the dedication and hard work of the staff and officers at the Humane Society, and the caring staff at Ojai Village Veterinary Hospital, Athena has overcome her life of abuse and neglect. Her true colors show more and more every day. The perfect ending to her amazing story will be a final forever home with a family that understands her needs. 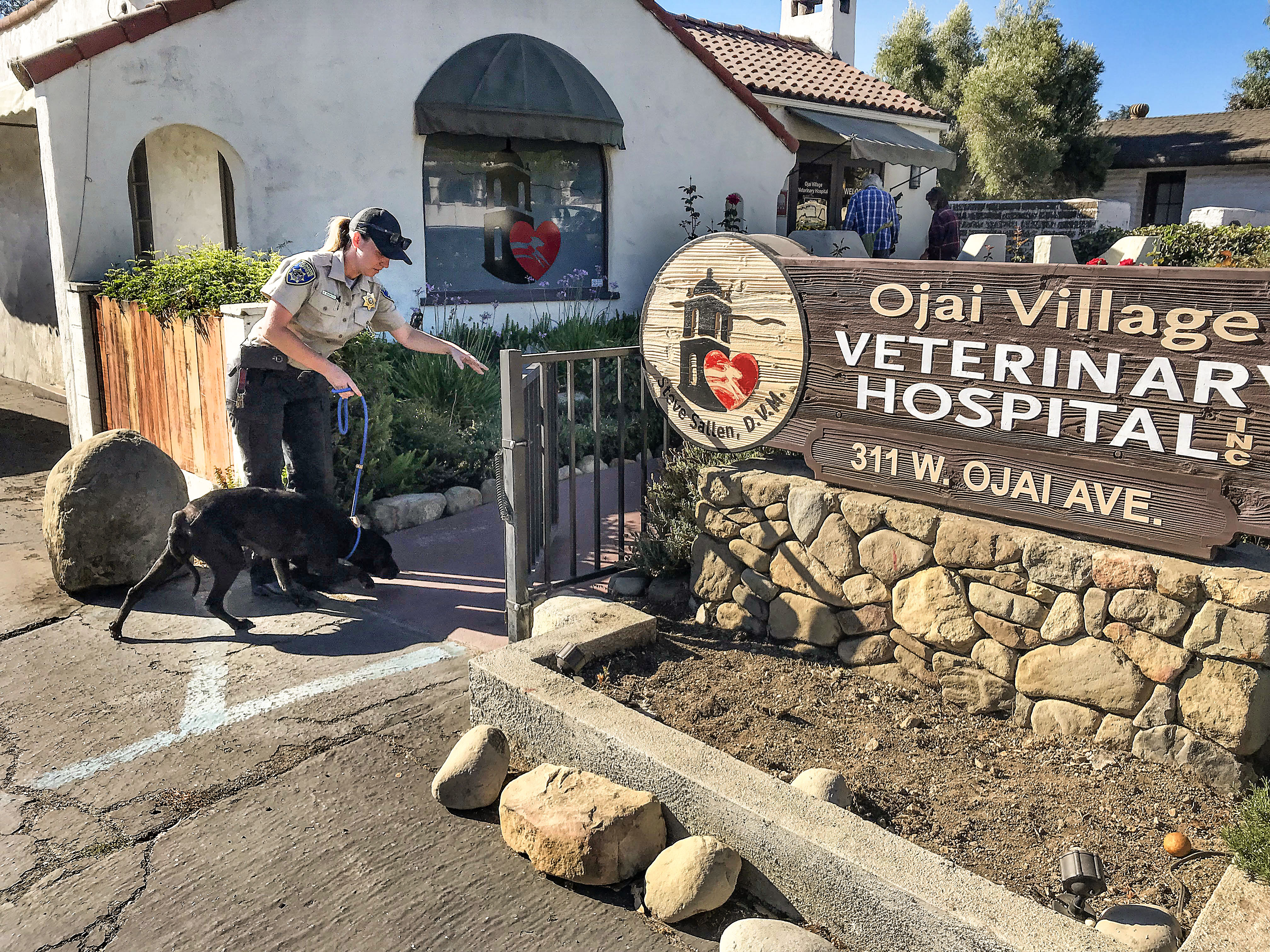 Thank you to Dr. Steve Sallen, Dr. Christine Tolmie, and the staff at Ojai Village Veterinary Hospital for providing Athena with the utmost loving care throughout her healing process and for providing Athena’s spay and mass removal surgeries free of charge. Thank you as well to Dr. Curtis Lewis and the staff and volunteers at the Humane Society of Ventura County for caring for Athena and the many other creatures like her that pass through the Shelter’s doors. And lastly, thank you to Ventura County District Attorney ’s office for their continued support and helping to provide justice for abused and neglected animals throughout the county.