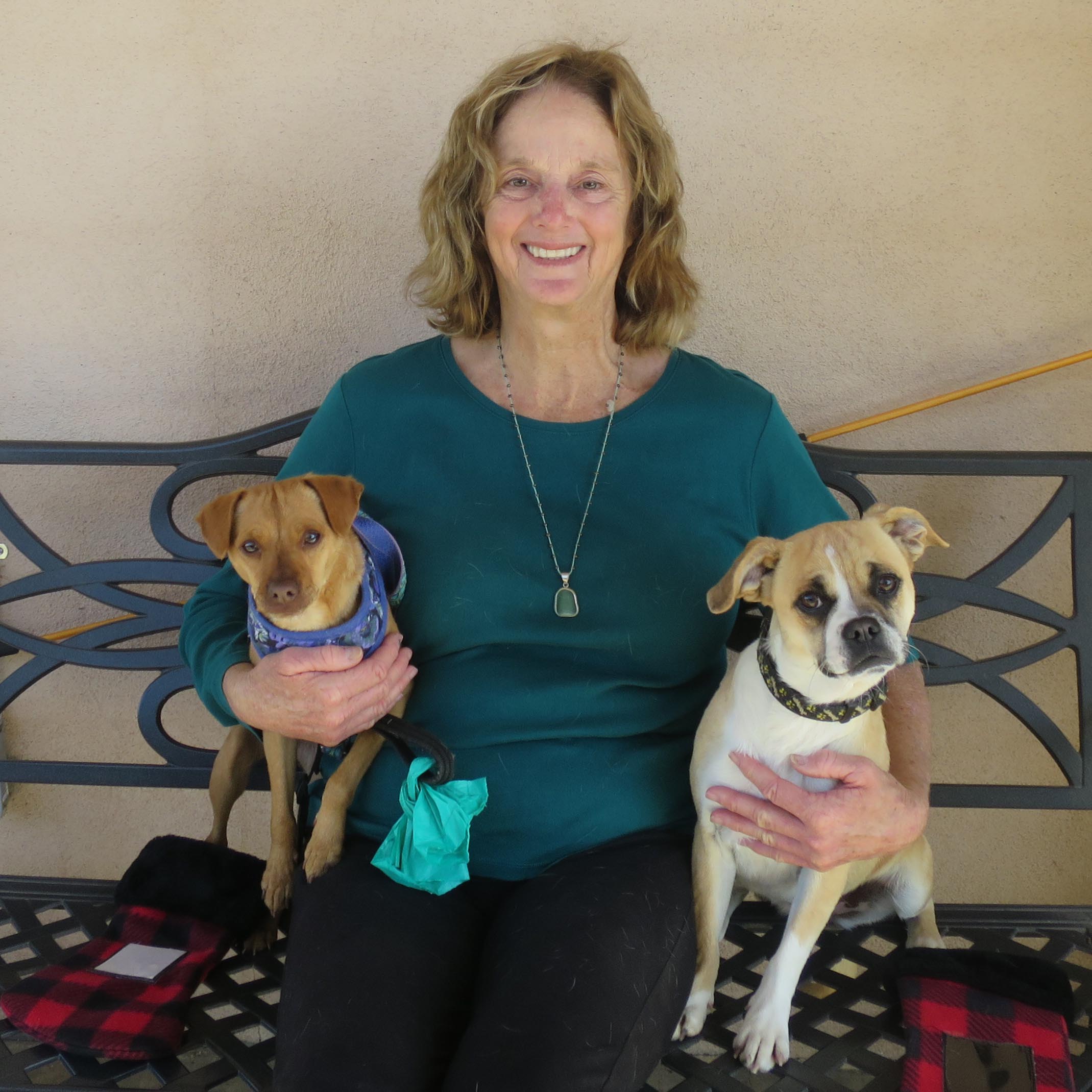 Last week we had a very special adoption take place at the shelter. Many of you may recognize Stanley, the adorable pup on the left. He arrived at the shelter on January 8th, nearly one year ago, and has been in our care ever since

Over the months Stanley began to experience seizures, and is on medication to keep them at bay. While many folks adored Stanley it was a challenge to find him a home that understood his needs.

Victoria, who has been volunteering at the shelter for years, recently lost a dog with the same condition. When Victoria was ready to adopt again she not only opened her home to Stanley but also Snickers, a Puggle mix who arrived at the shelter only weeks ago. The three of them got to know each other here at the shelter and practiced walking on a leash and playing as a family to make sure everyone got along. As you can see it was a great success!

We are so grateful to Victoria for all that she has done for the shelter and for giving Stanley and Snickers the life they deserve. We also want to thank all the volunteers and staff who took Stanley under their wing and comforted him when he had an episode and everyone who made monetary donations to his medical fund. We will miss this cute guy but know he and Snickers will be back for many visits!