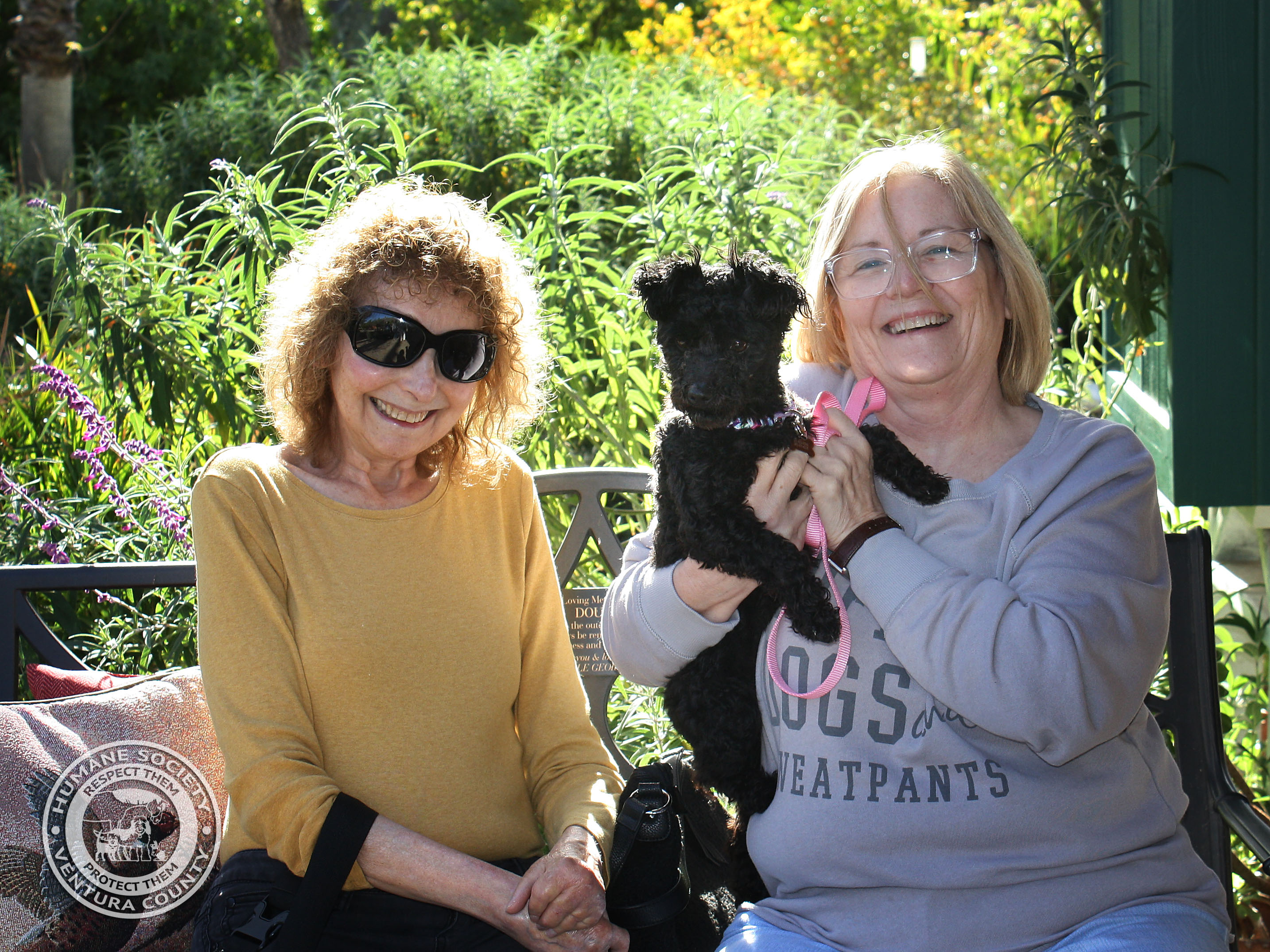 Harriet the pup has finally gotten her happily ever after thanks to Ginean and Michele.

Harriet, an 11-month-old Poochi mix, was brought to the shelter on October 28, 2019, after being rescued by our Humane Officers. She was found tied to a bush on the side of a building in the industrial area of downtown Oxnard. It was reported she had been tied up at the location for at least two days. 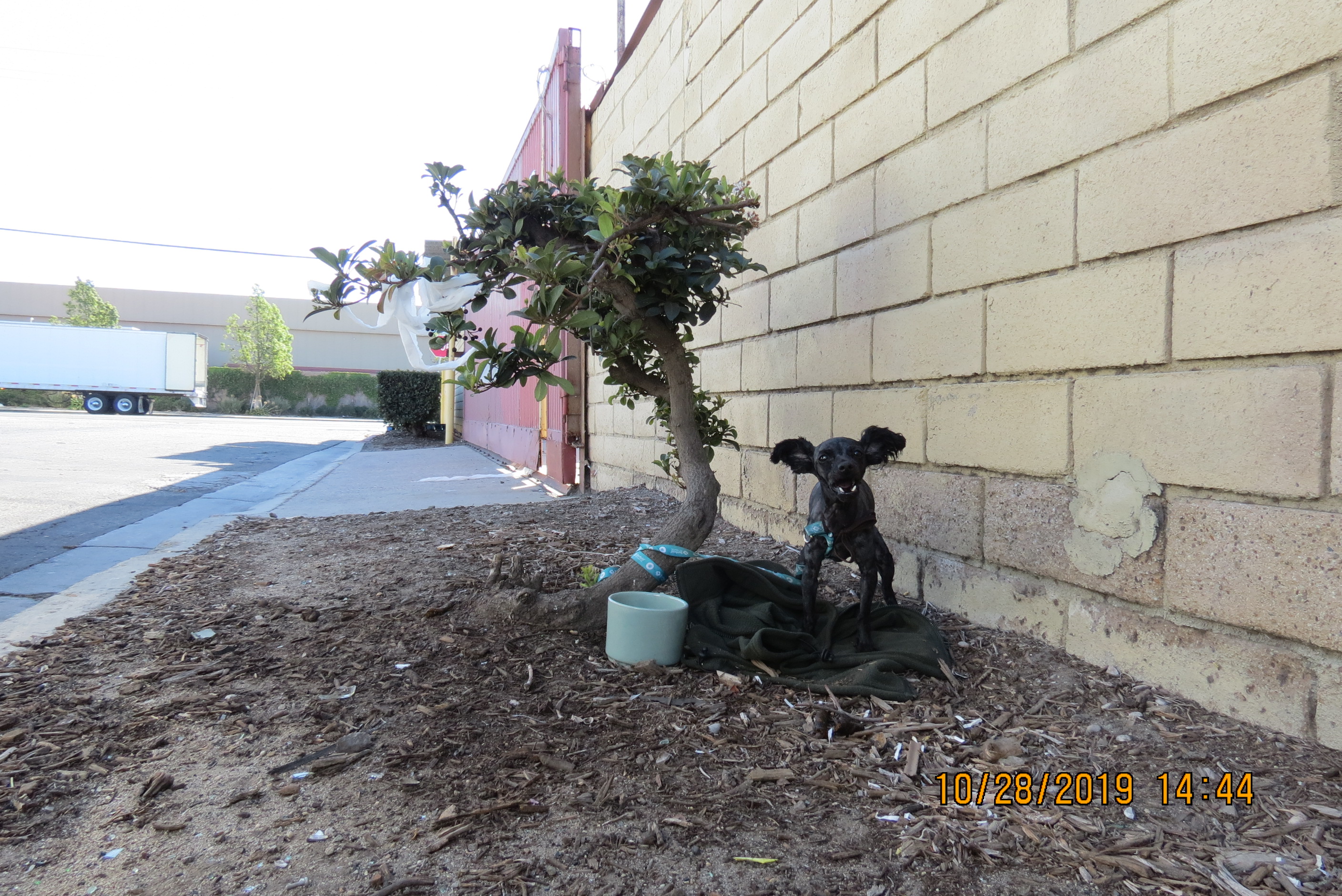 Upon arrival, Humane Officers could see the dog was very scared and agitated. She appeared to only have a couple of inches of movement due to her slip leash being wrapped around a small bush. There was also a shallow bowl of water nearby but it was out of reach.

Our Humane Officers impounded Harriet that day and brought her to the Humane Society of Ventura County. She received medical treatment and nourishment immediately. Our staff worked with Harriet tirelessly to make her feel comfortable and loved at the shelter. After some time, Harriet became a very sweet and loving dog.

Ginean and Michele came into the shelter in early January after seeing Harriet's photo on the hsvc.org/adopt website. It was love at first sight and they soon adopted her. 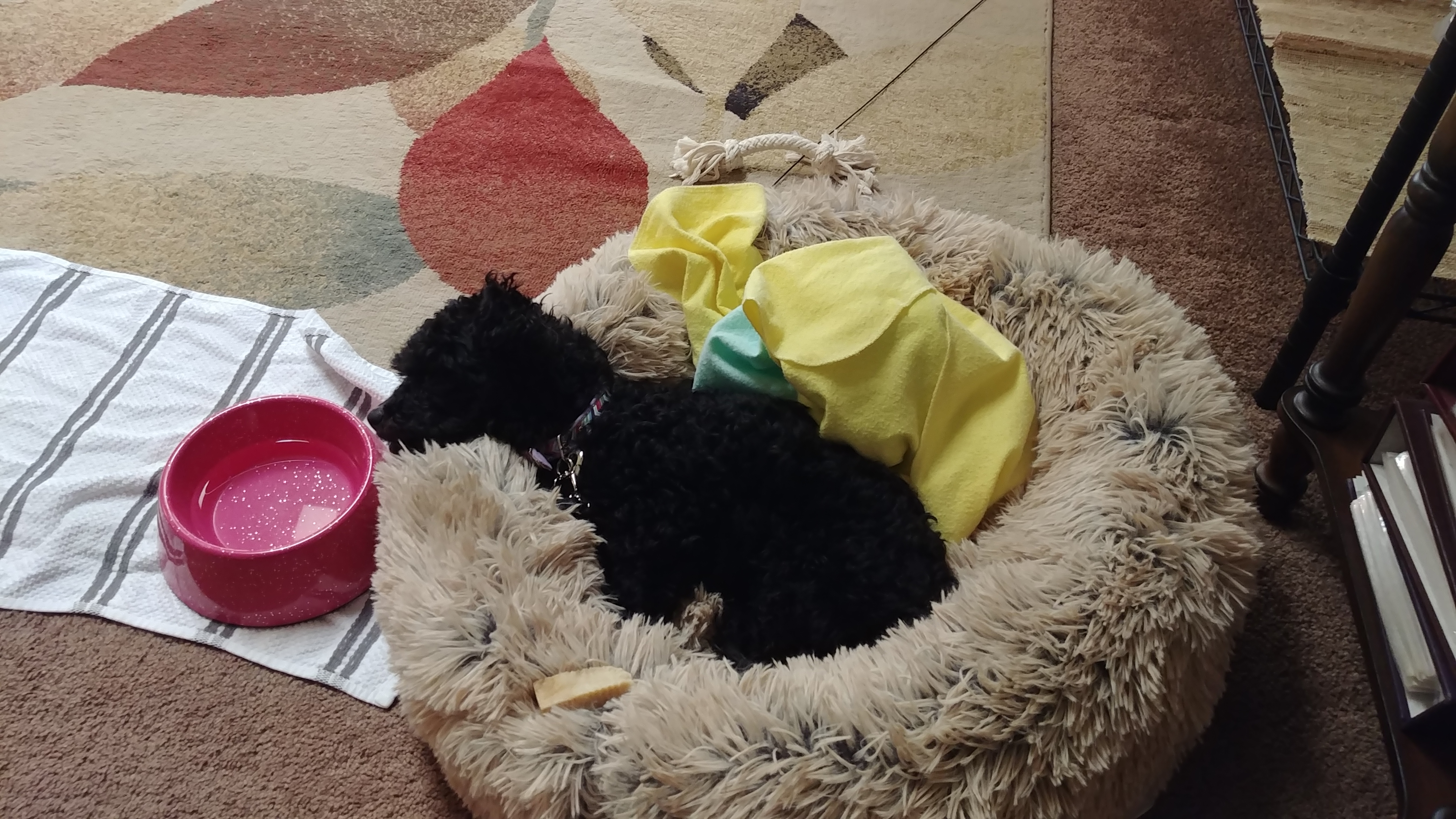 Harriet is now happy, healthy, and receiving the love and care she deserves. According to her new family, she has become quite the cuddler. She enjoys snuggling up on the couch or dozing off in her bed (pictured).

Harriet has truly gotten her happily ever after. Thank you to everyone who helped make this adoption happen and to Ginean and Michele for welcoming Harriet into their family!