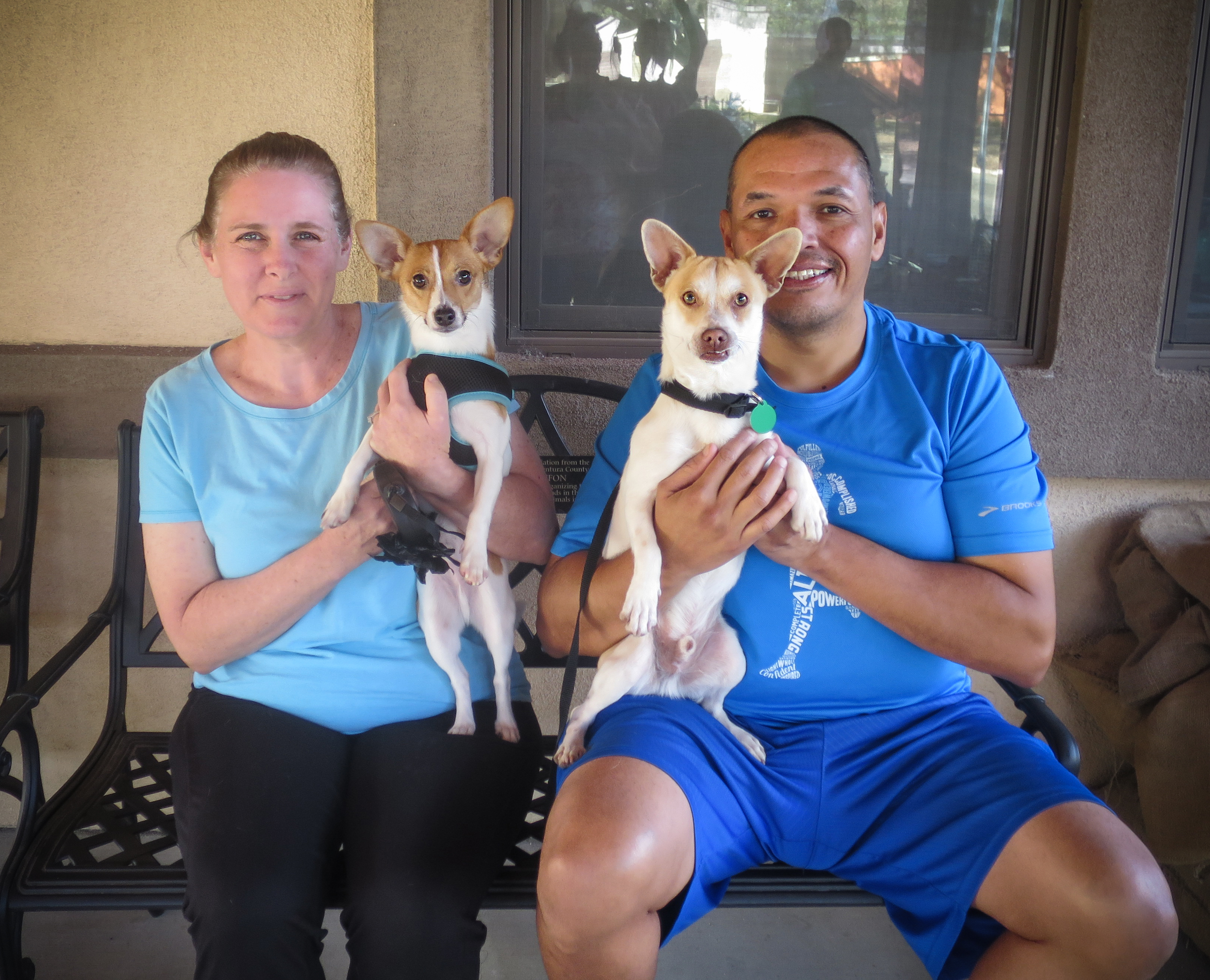 These two handsome dogs look like they belong together, and that's because they do! These two brothers were brought to the Humane Society of Ventura County back in September when they were just a few months old. The two made quite a pair and were regulars at events around town where they made an impression on everyone they met with their spunky personalities and playful spirit.

Jeff, now Fred, was adopted back at the end of October by Ray and Lisa and while the two siblings enjoyed each other’s company it was not necessary to keep them together. However as time went on and George remained at the shelter Ray and Lisa just couldn’t get him out of their heads. It seemed as though everywhere they turned there was a picture of George. They saw him featured on social media, they saw his smiling face on our website and most recently George was featured as Pet of the Week in the paper and at that point they knew it was a sign for them to come and adopt him too.

Ray and Lisa brought Fred with them yesterday when they came to adopt George and the two pups were over the moon to be back in each others company. The two immediately started playing just  like old times and it was obvious that the two were going to have a great life together from that day forward.

Thank you to Ray and Lisa for keeping your hearts open to this great guy and giving him and his brother a wonderful life together!