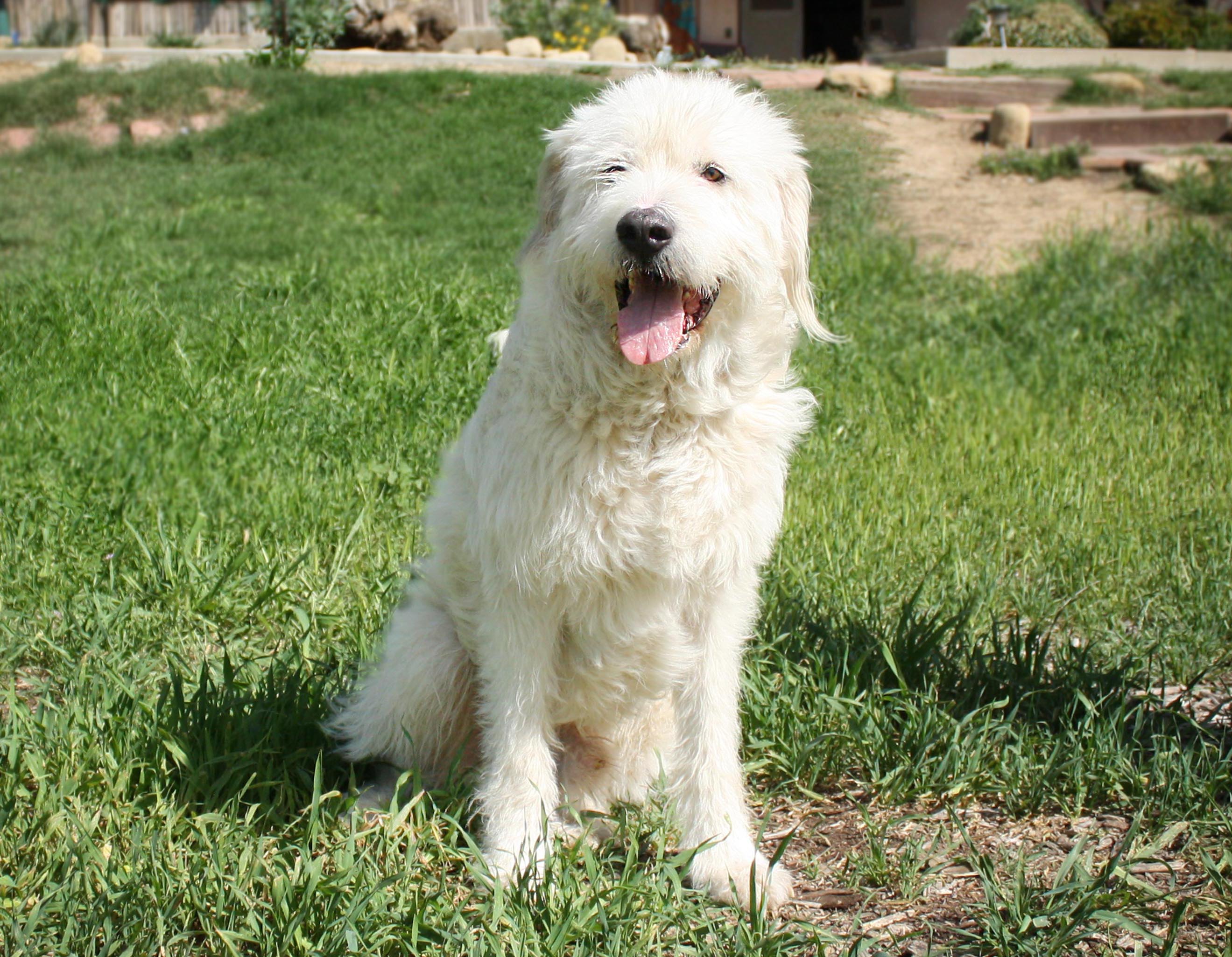 Handsome Jack needs your help! The Humane Society of Ventura County is in the process of raising $6,500 to cover Jack's medical expenses for an upcoming surgery on his ACL. The ACL is the Anterior Cruciate Ligament, which is located behind the kneecap, and when ruptured can cause extreme pain. Surgery will give Jack the best chance of a full recovery and allow him to play and run to his hearts desire.

Jack was signed over to the shelter on March 22nd when his previous owner was having difficulty caring for him. It wasn't long until it became apparent that Jack, a Great Pyrenees and Irish Wolfhound mix, was having difficulty with his rear leg. He was seen by a Veterinarian and was diagnosed with both a ruptured ACL and a skin condition. This past Tuesday Jack took a trip to VetSurg in Ventura to start the process of preparing him for surgery. VetSurg recently performed the same procedure on Sequoia, a Great Dane mix who had been at the shelter for nearly two years, with wonderful results.

Jack was quite smitten with the staff at VetSurg, especially Doctor Campbell. Dr. Campbell will be performing Jack’s surgery when the time comes; but first his skin condition must be cleared up to allow the best chance at a successful surgery. During this time we are asking our supporters to make a donation to Jack's medical fund. No amount is too small to help this great dog get well and off to a loving home! 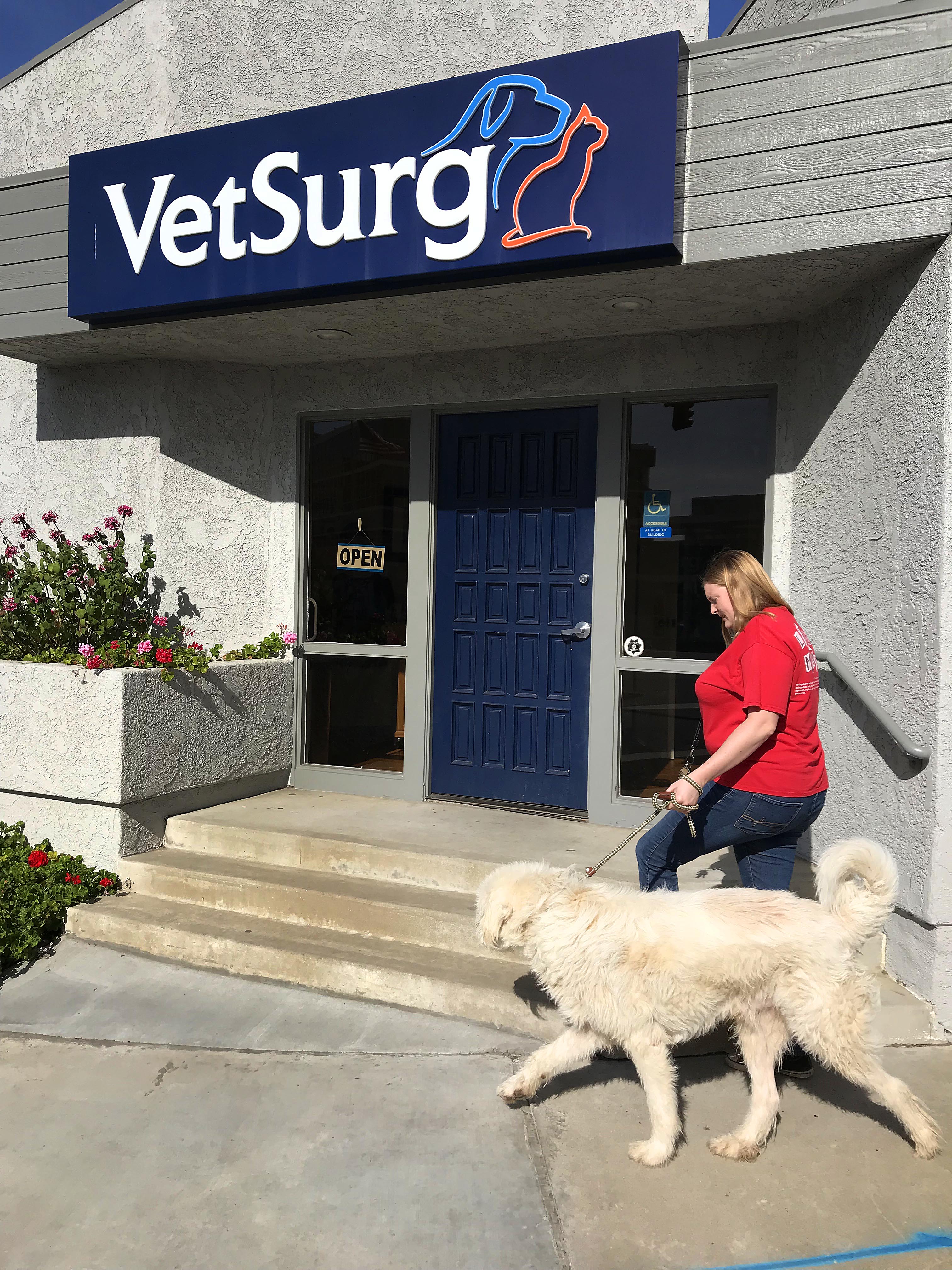 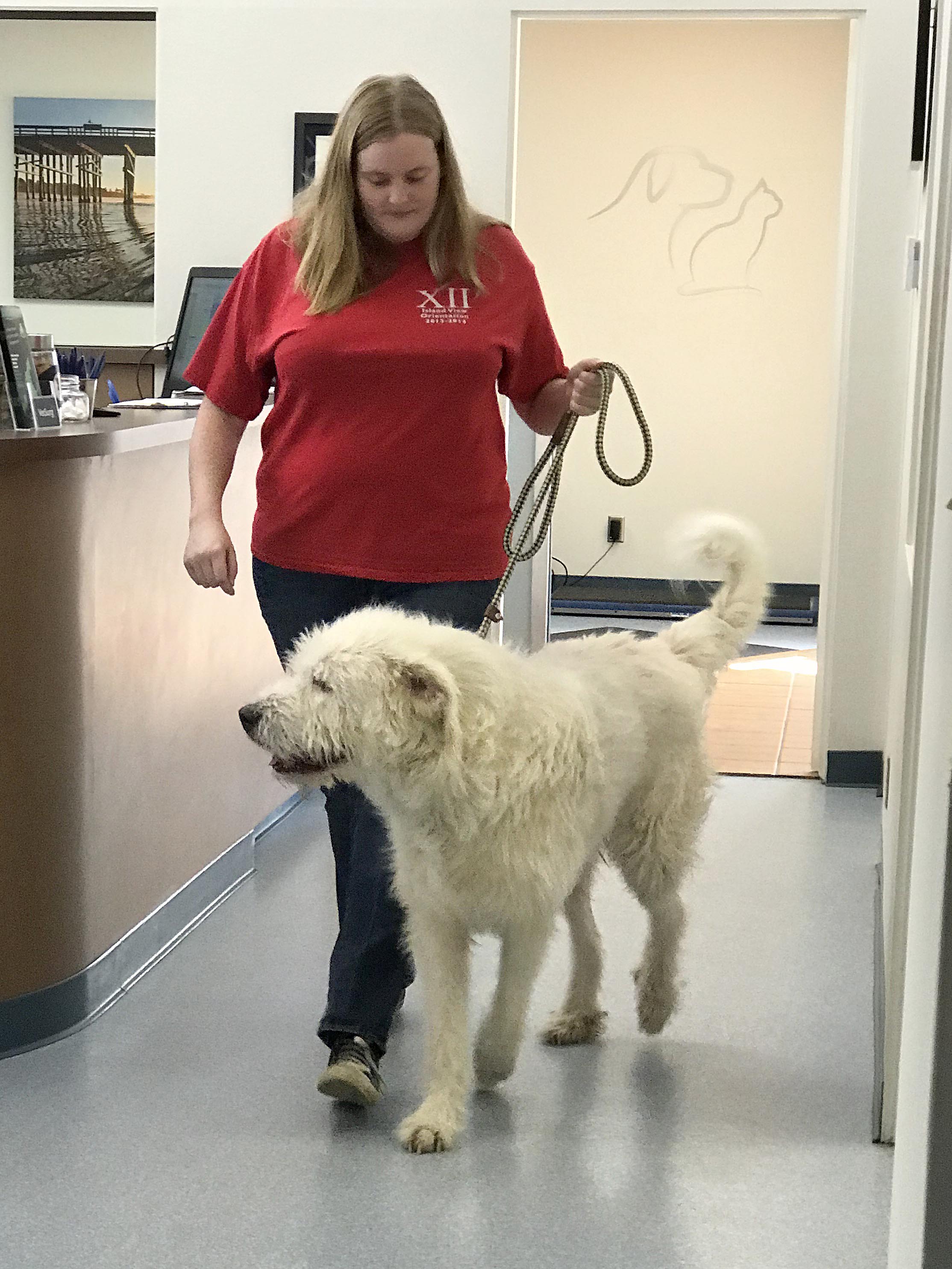 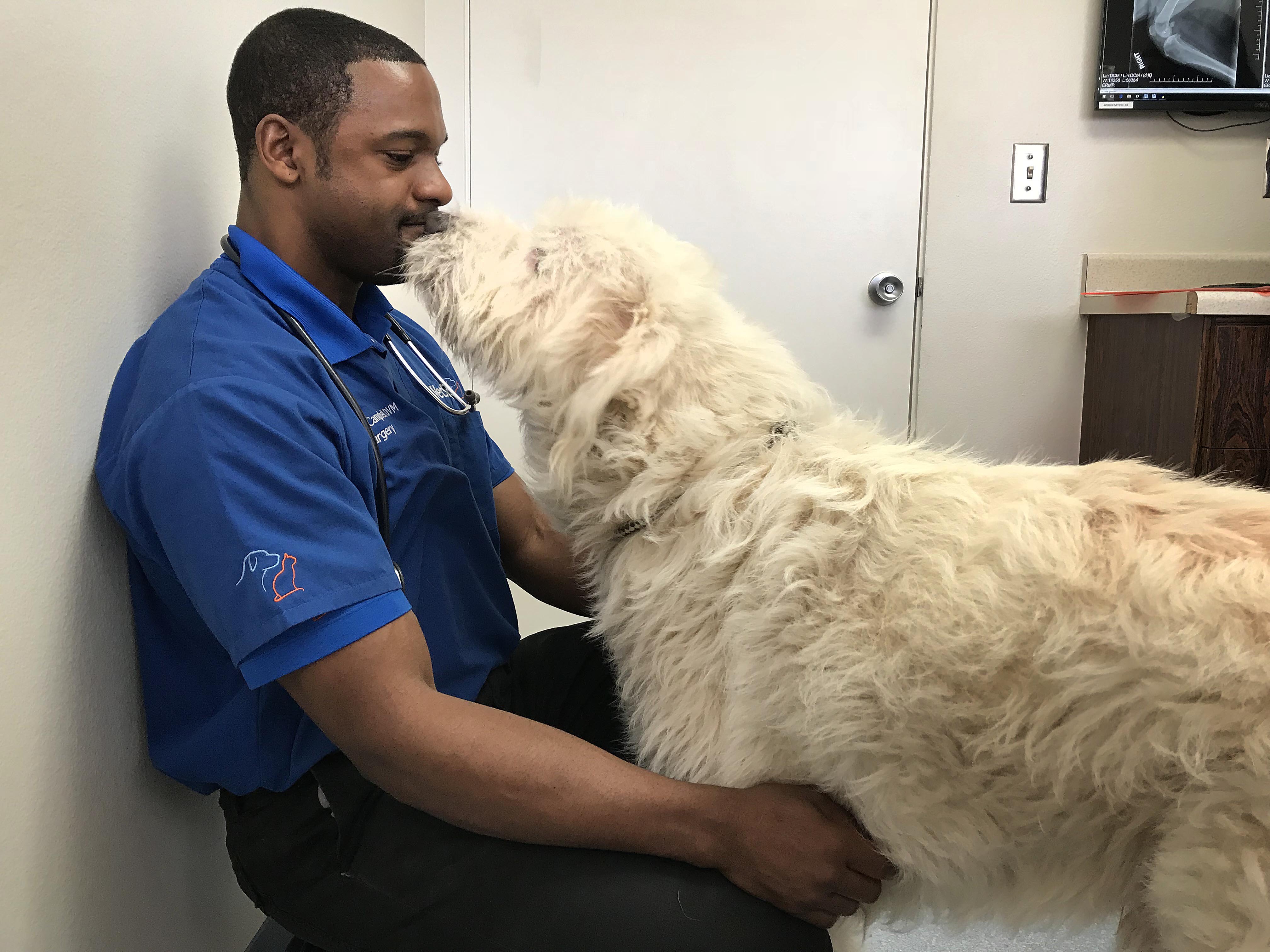 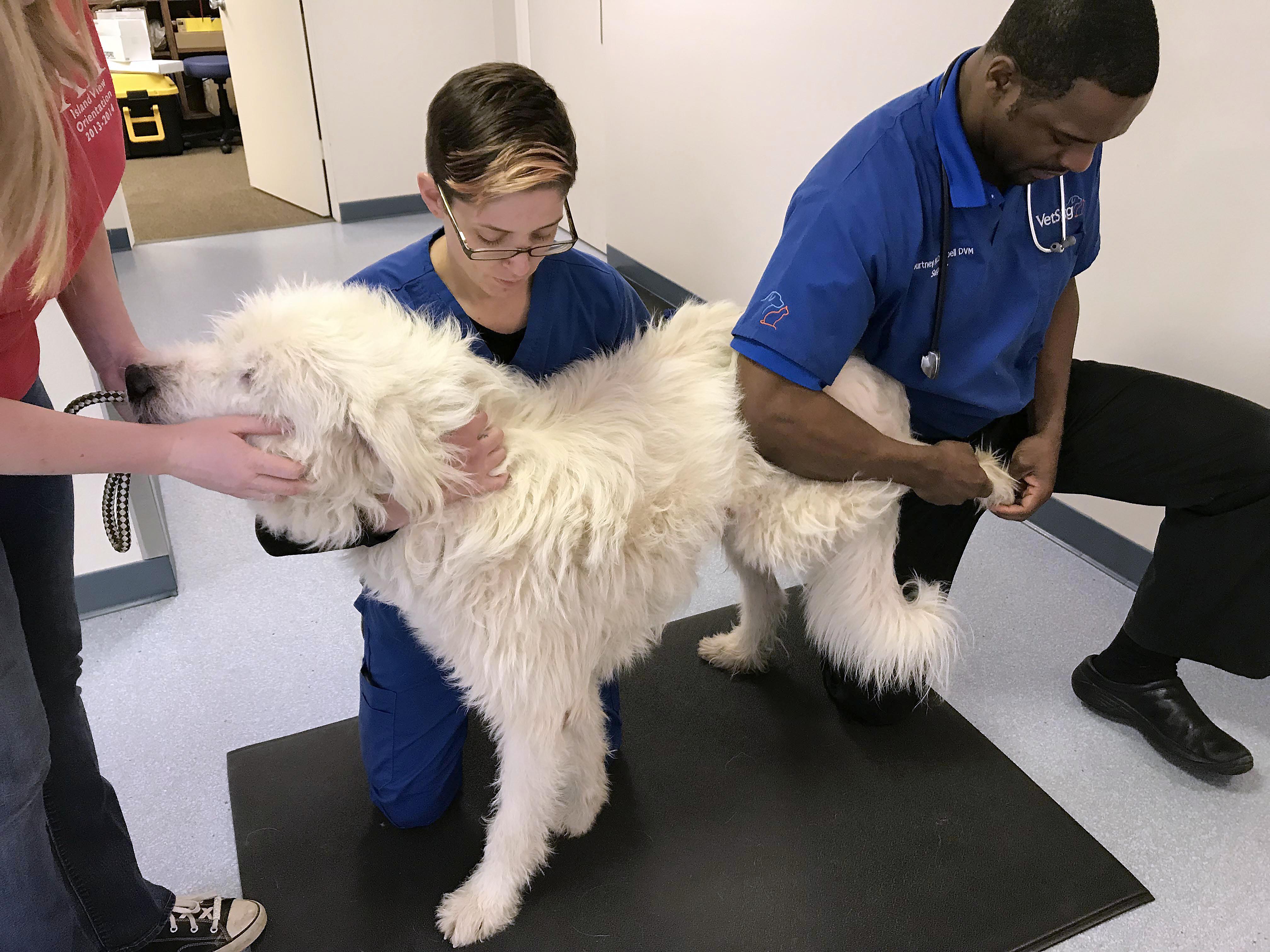