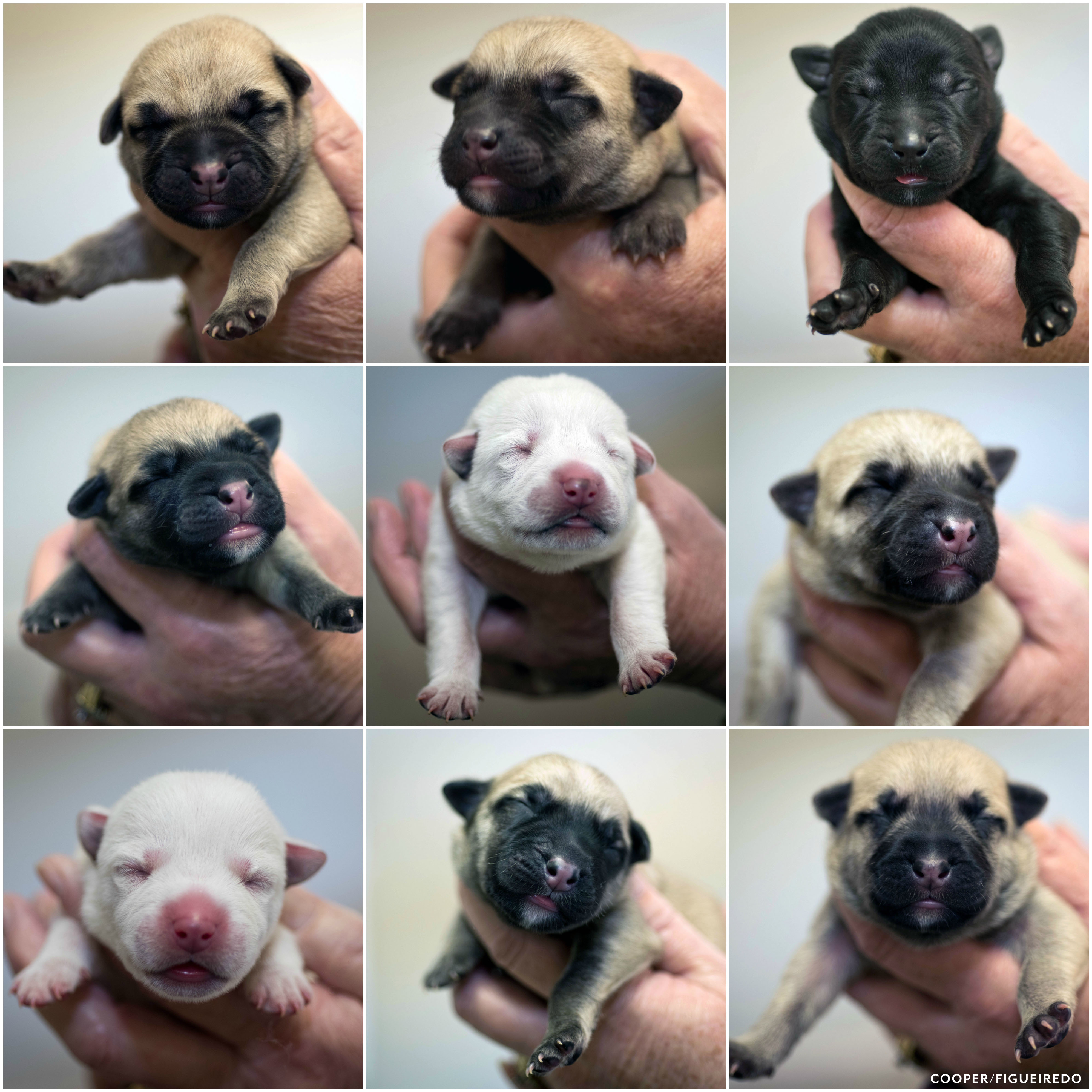 Five bucks can make all the difference for an animal in need. Before you start your weekend, won't you please consider making a small donation to support Reba and her puppies? It's easy, just click here!

On August 21st, two German Shepherd mixes, one male and one female, were brought to the Humane Society of Ventura County after being found wandering in an unincorporated area of the Ojai Valley. A kind citizen, concerned for their wellbeing, picked them up and brought them to the shelter for safety. The dogs, now named Travis and Reba, were sadly never claimed, and anyone passing their kennels could see confusion behind their kind eyes.

It wasn’t long before it became apparent that Reba was expecting and it is likely Travis is the father. Staff prepared a quiet room with all the necessary amenities for Reba to give birth and early in the morning on Tuesday, September 13th, she delivered 9 beautiful pups. The puppies are off to a good start and Reba is a natural mother. Reba is one of the fortunate expecting dogs who were found and taken to a safe place before giving birth. Without the kind hearts of our community and caring shelters such as the Humane Society of Ventura county to take them in, countless animals would be born into a life of hardship with no home to call their own.

Unfortunately, stories such as this are a regular occurrence at rescues and shelters nationwide. Contrary to popular belief, there is no "peak puppy season" and most female dogs will usually enter their heat cycle twice a year regardless of the season. This means that all year long rescues and shelters may receive expecting or nursing animals who need their help. Most of these animals have been abandoned by irresponsible owners during one of the most vulnerable stages of their life. This is where you step in! With your kind contributions the Humane Society of Ventura County is able to care for animals when they need us the most. Won't you please consider making a small donation to help support Reba and her pups? Every penny counts!

By donating to the HSVC, you'll be part of a community of people who are making a positive impact on the lives of animals in need in Ventura County.

Have a purrfect weekend and thanks for your support! 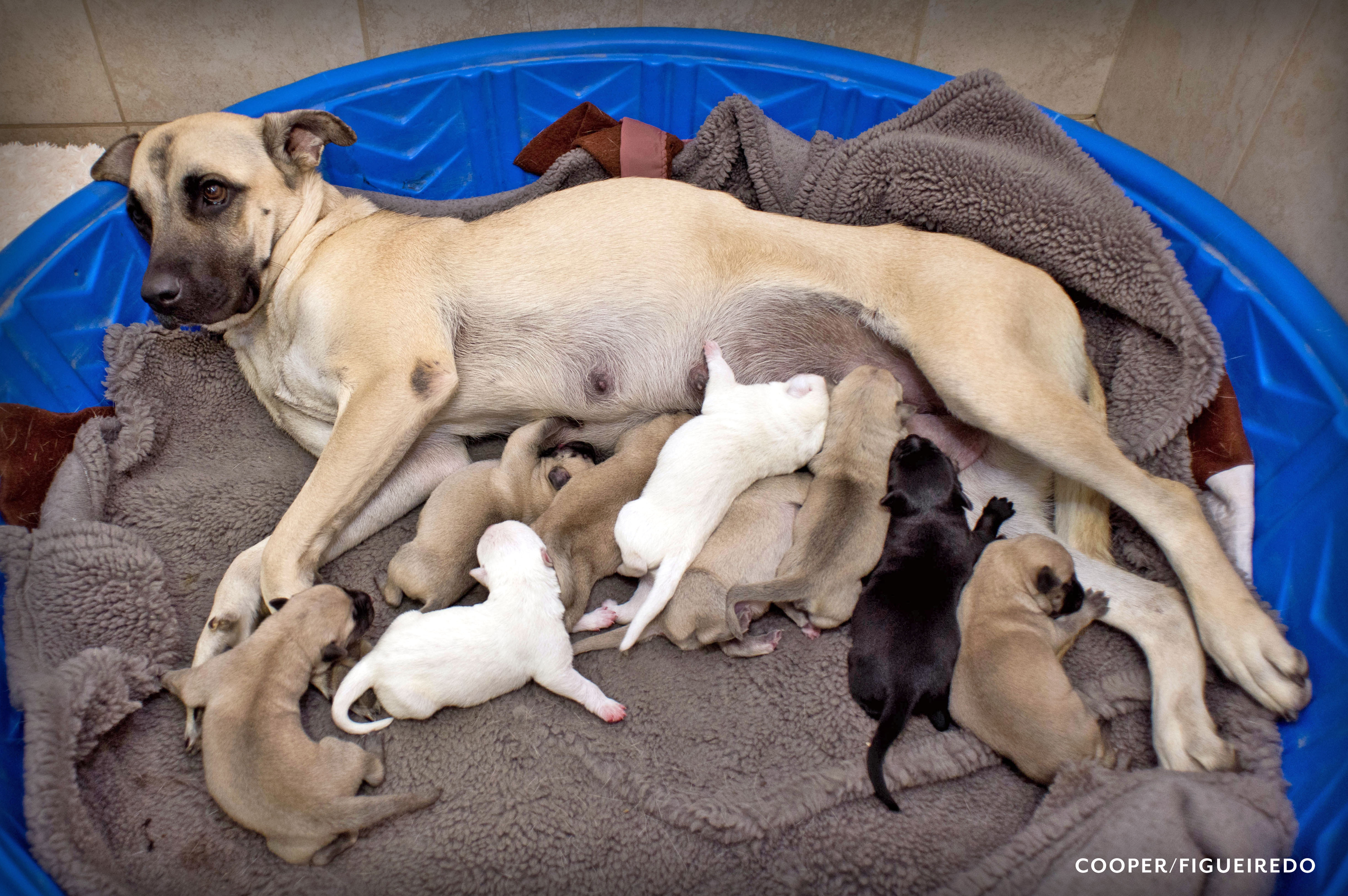 *Please note if we receive more money than is needed to cover the care the donations will roll over into a fund for other animals requiring medical attention.