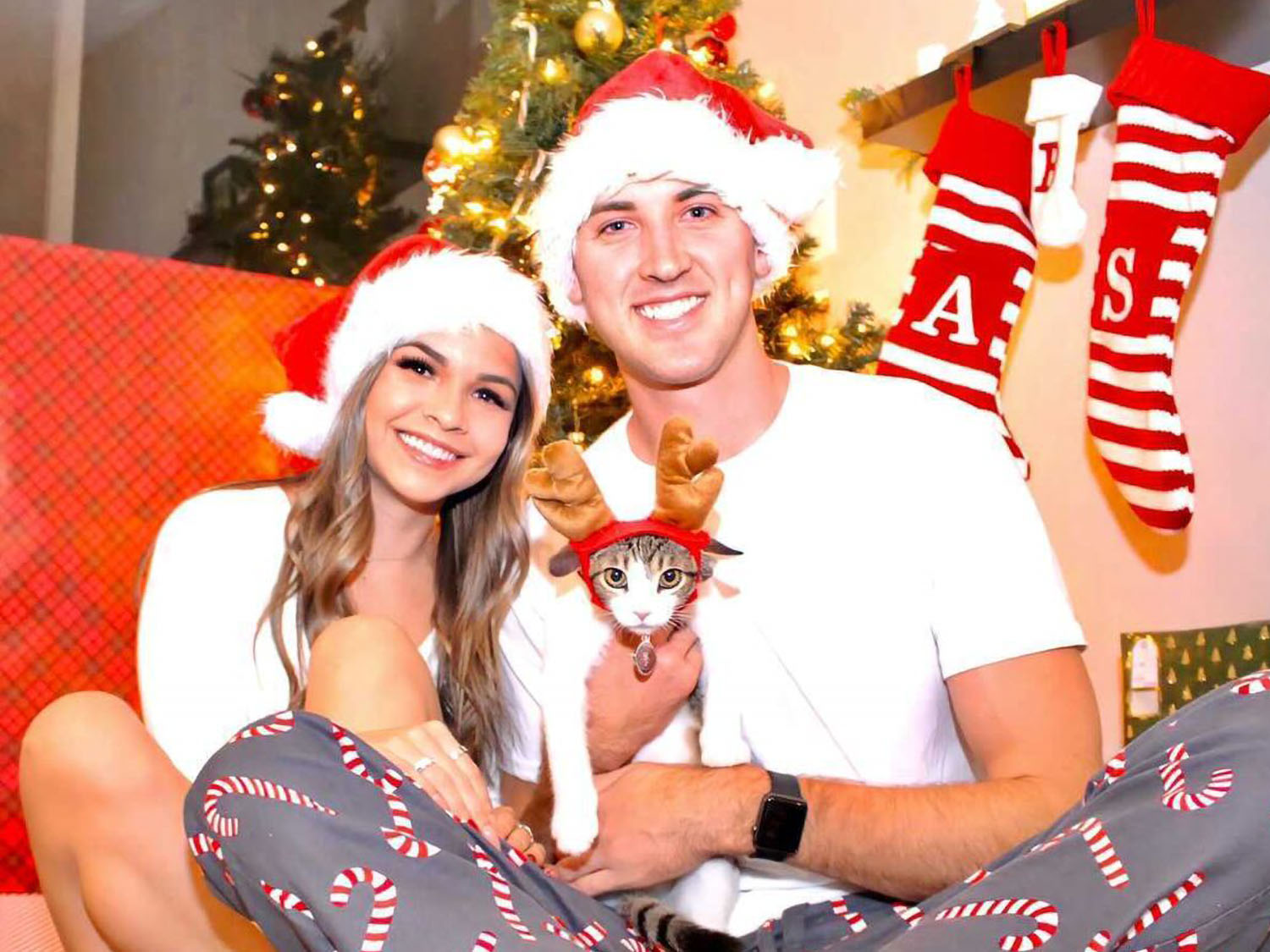 There’s an old saying that when choosing a pet, the pet actually chooses you. Such is the case for Sophia, Ashton, and their kitten, Brody. While quarantining at home amid the COVID-19 pandemic, the couple decided what better time to welcome a new fur baby into their family. They came across 9-week-old Brody’s photo, then Birch, on the HSVC website and instantly fell in love. 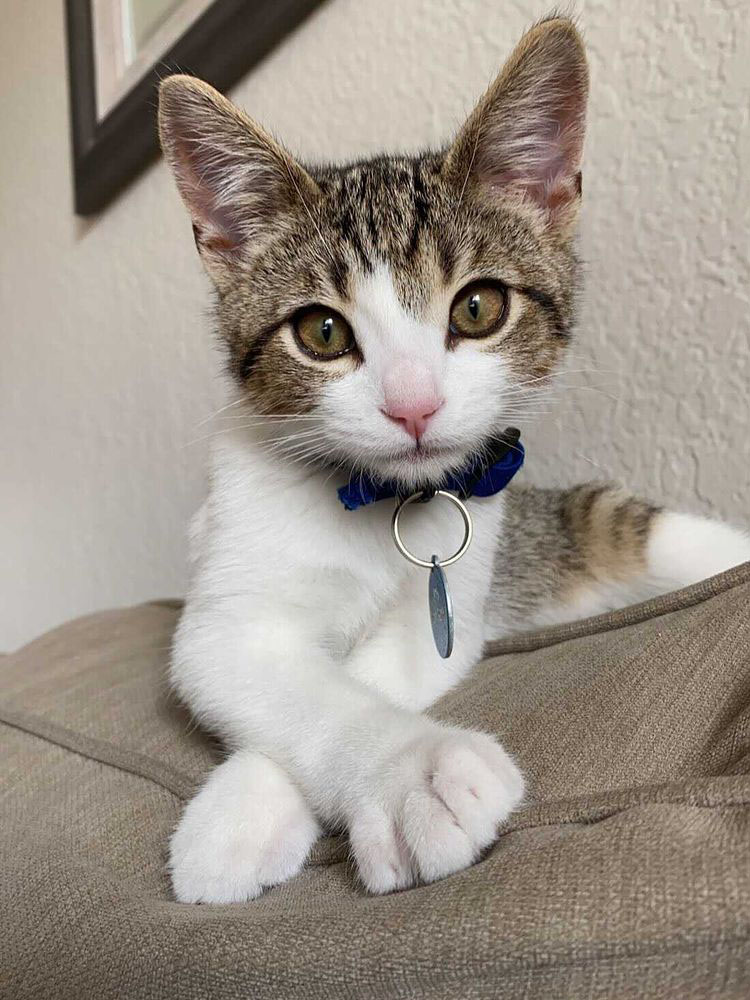 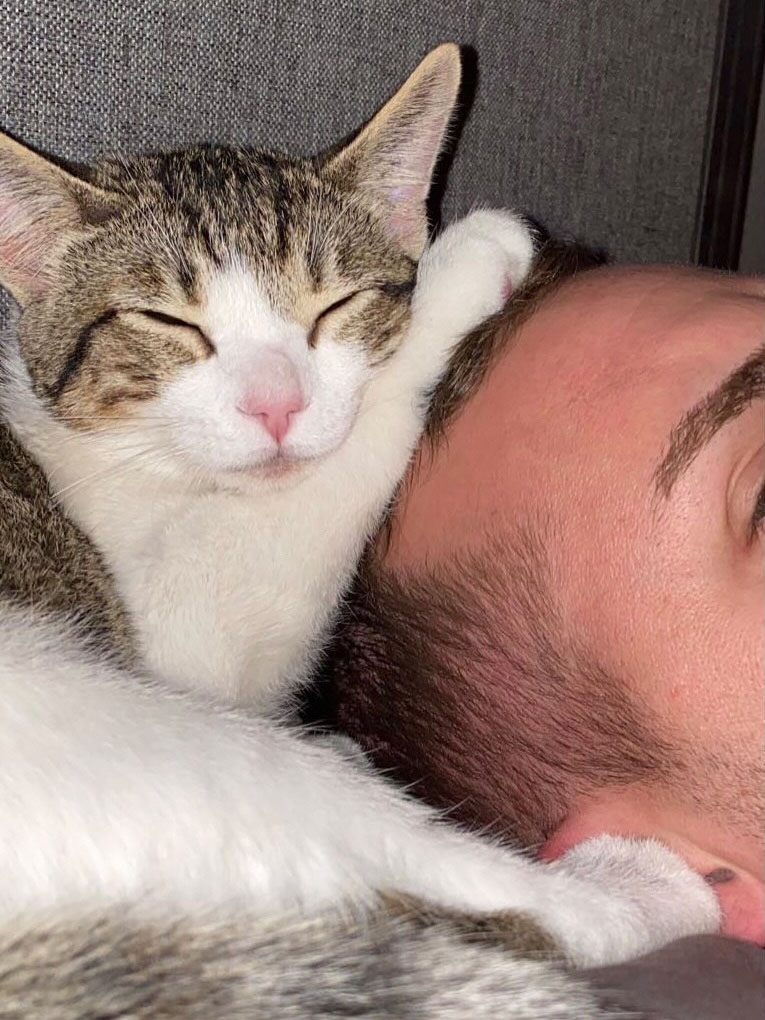 Ashton and Sophia quickly made an appointment to meet the adorable kitten, only to learn that there were two other families already scheduled to meet him. With such a sweet face, the pair figured Brody would surely be adopted by one of the two families and decided not to get their hopes up. They rescheduled their appointment for another kitten looking for a forever home. 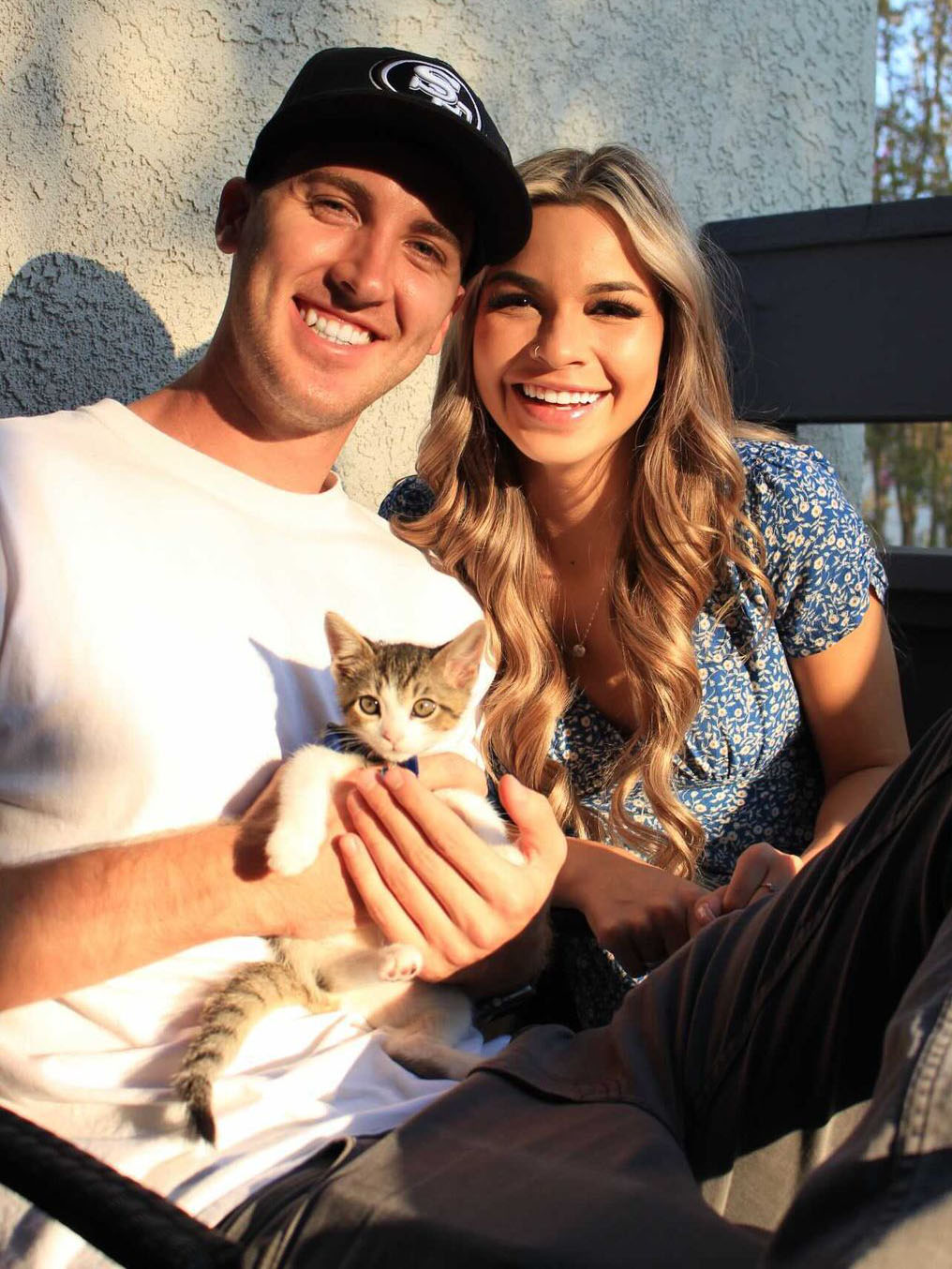 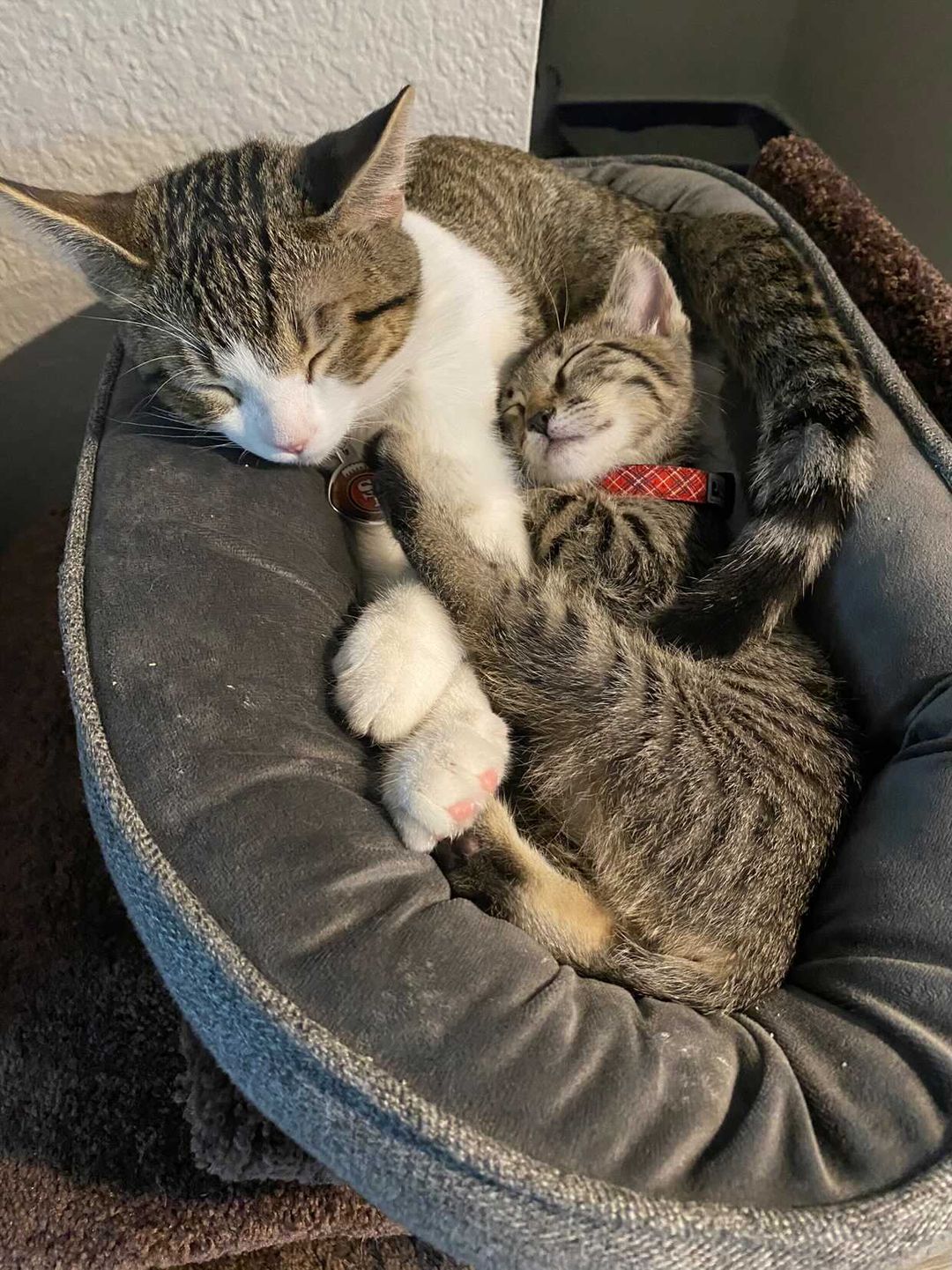 On the day of their appointment, Sophia and Ashton began the 45-minute drive to the shelter. During the trip, they received a call that the kitten they were supposed to meet was under the weather, but Brody was still available. It was fate! “They brought him out to meet us and Ashton picked him up and the kitten put both of his paws on Ashton’s face then looked deep into Ashton’s eyes. We knew at that moment that he was the one,” said Sophia. The couple took Brody home on September 23rd of this year and it has been nonstop love ever since. 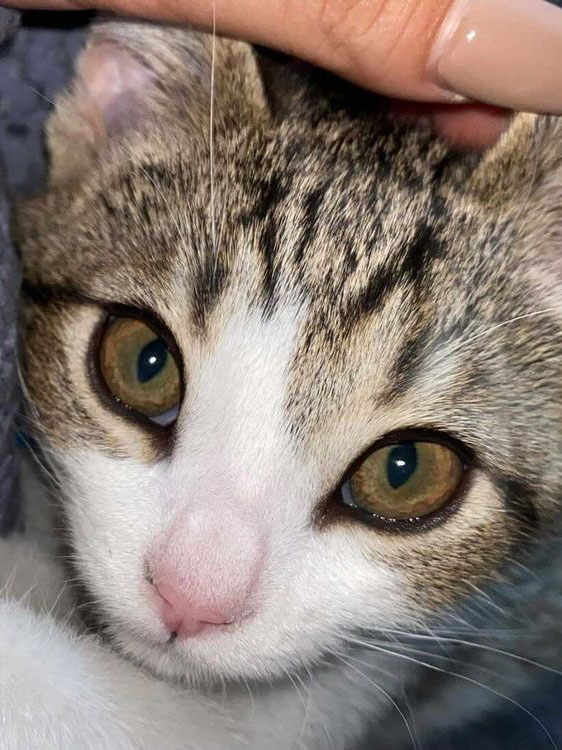 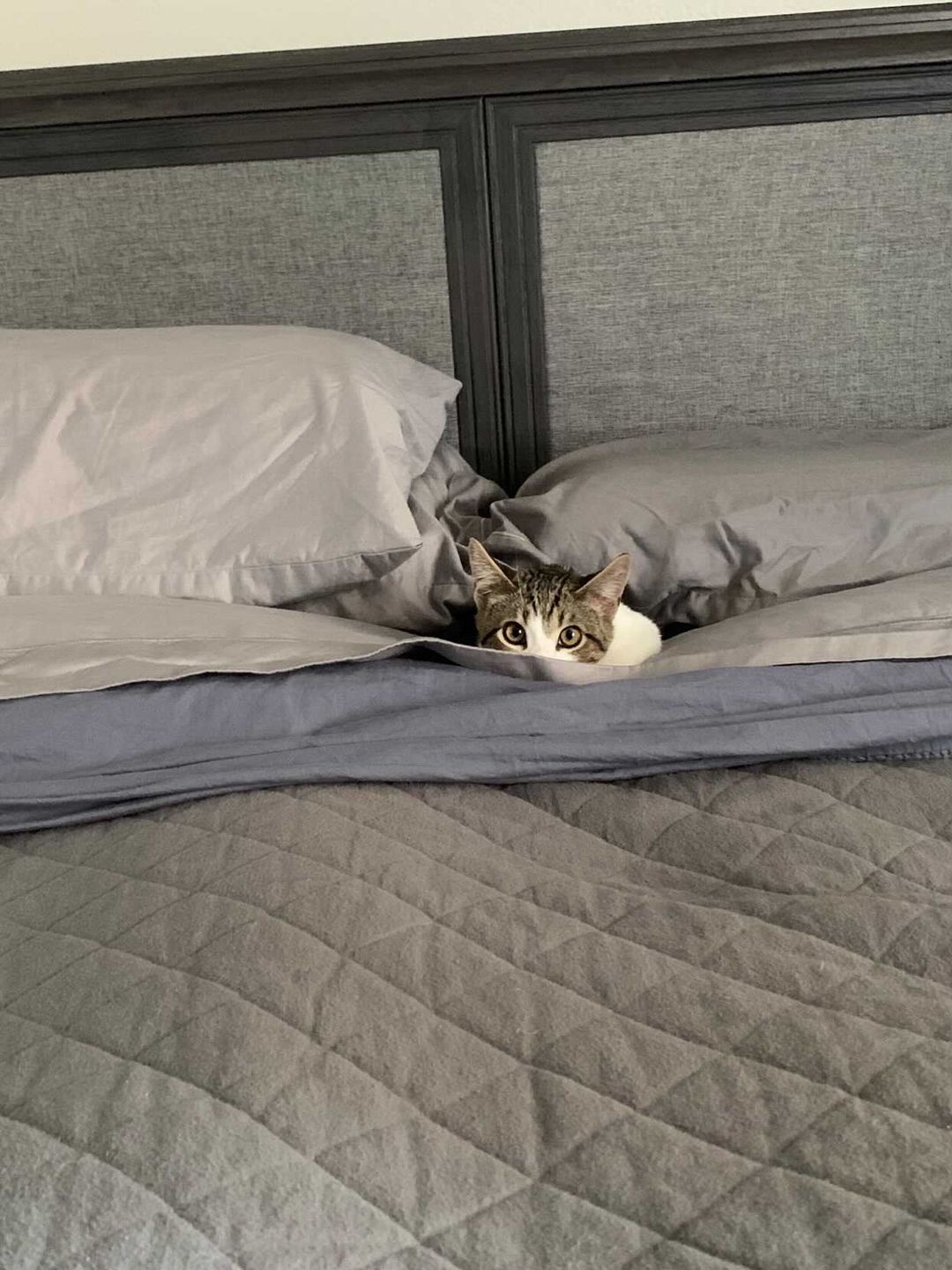 Now 5-months-old, Brody is very social and loves to be where the action is. He loves being pet, taking cat naps, and enjoys jumping in and out of boxes. According to Sophia, the loveable kitten sleeps on Ashton’s pillow every night and snuggles with his head. “We are completely blessed to have found our Brody and we cannot thank the HSVC enough!” said Sophia. Thank you, Sophia and Ashton, for choosing to rescue this sweet boy! 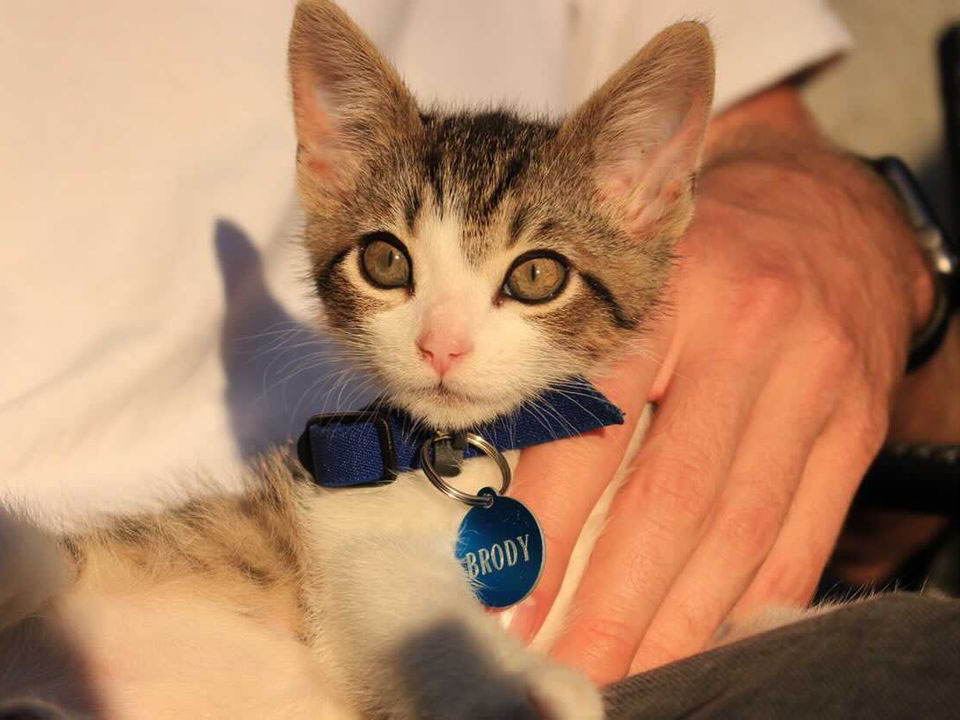