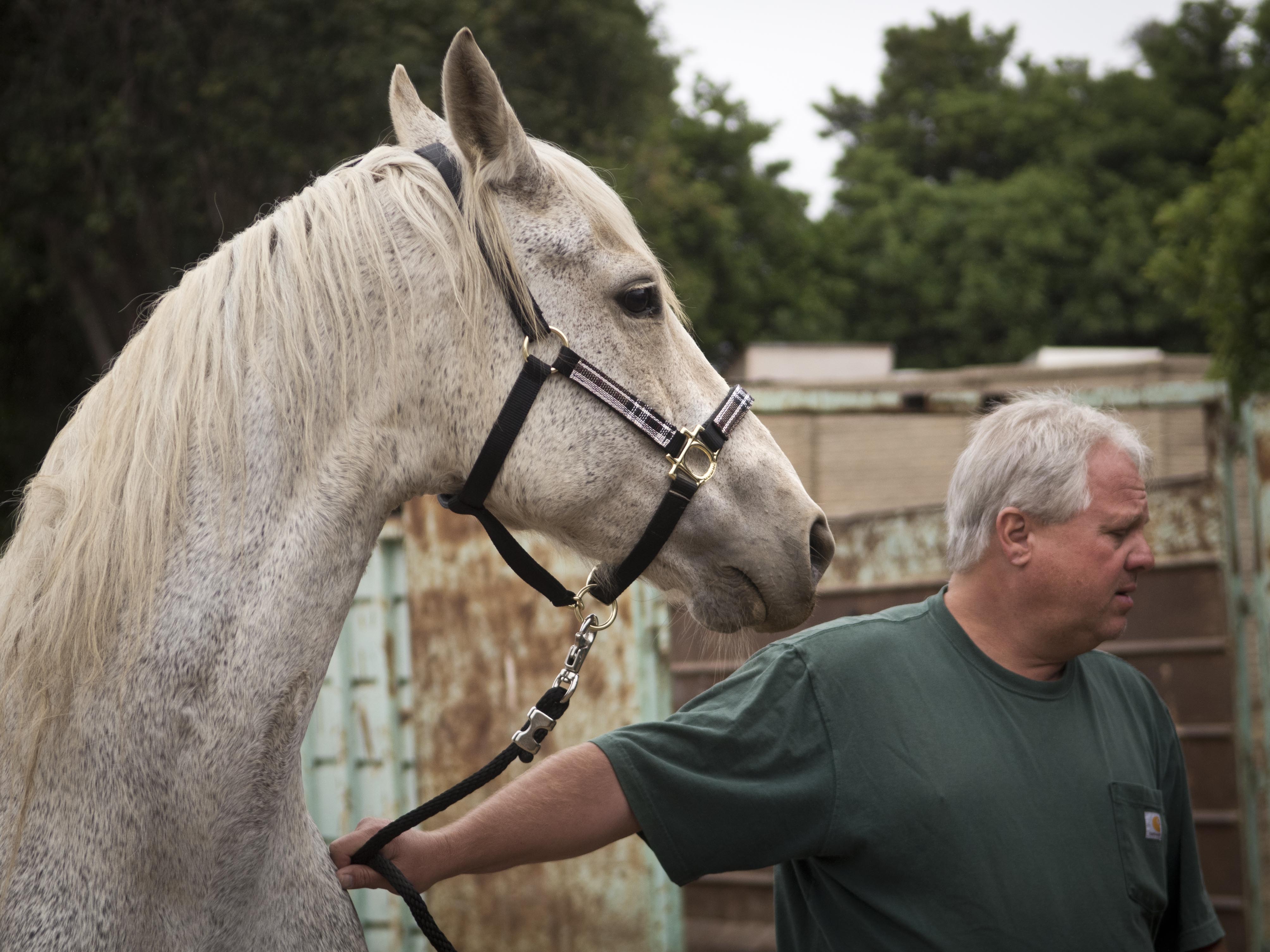 Last week, after nearly eight months in the Shelter's care, three horses that had been rescued during the Woolsey Fire were reunited with their family. On November 10, 2018, one of three horses from a property in Malibu was found at the end of a driveway in Trancas Canyon where he was picked up by HSVC staff and the Orange County Sheriff's department and brought back to the Humane Society of Ventura County. The horse's owner was notified that his horse, Clark, was in our care and he informed us that there were two other horses from his property that had yet to be located.

Now that Clark, Wii, and Lola have all been reunited with their family, that leaves just three evacuee horses left in the Shelter's care. Thank you to everyone who has shown their support over the past eight months whether it be by making a financial donation or donating your time and skills, we are grateful to have had such strong support from our community. 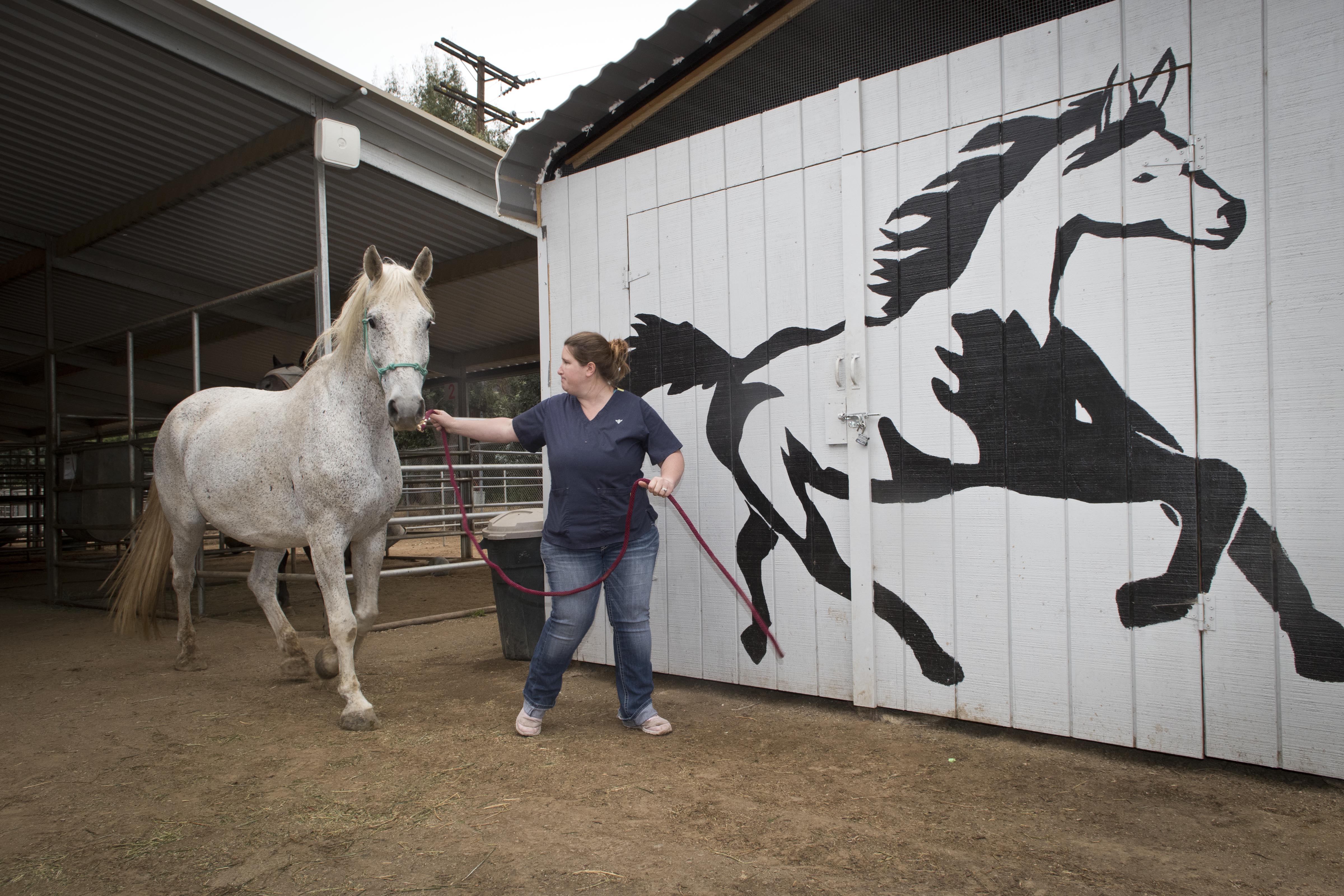 Clark being led from his temporary home at the Shelter by Christina Malleck who was one of the staff members responsible for his rescue. 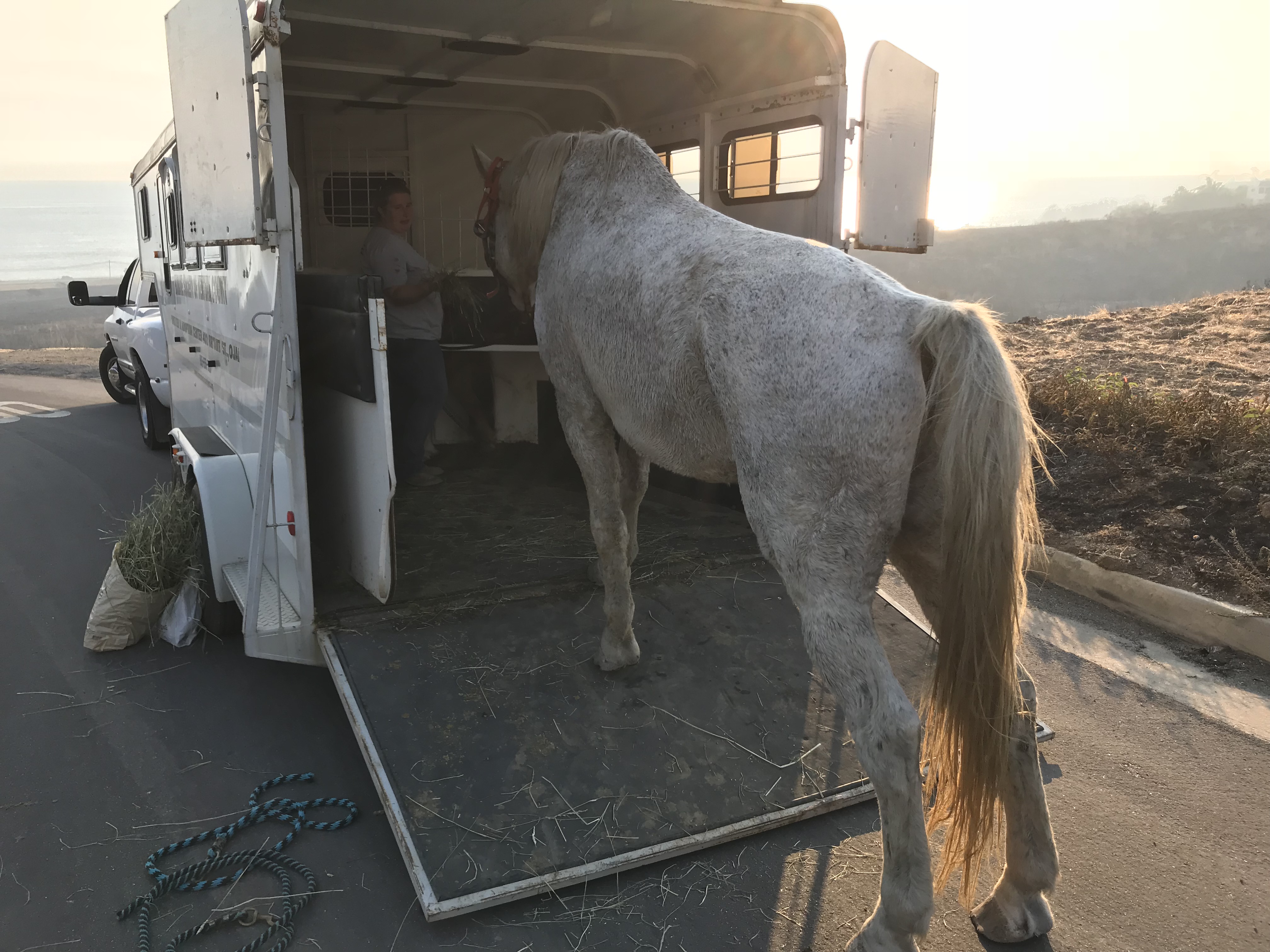 Clark being loaded into a trailer after being led down from a burnt down property in Trancas Canyon. 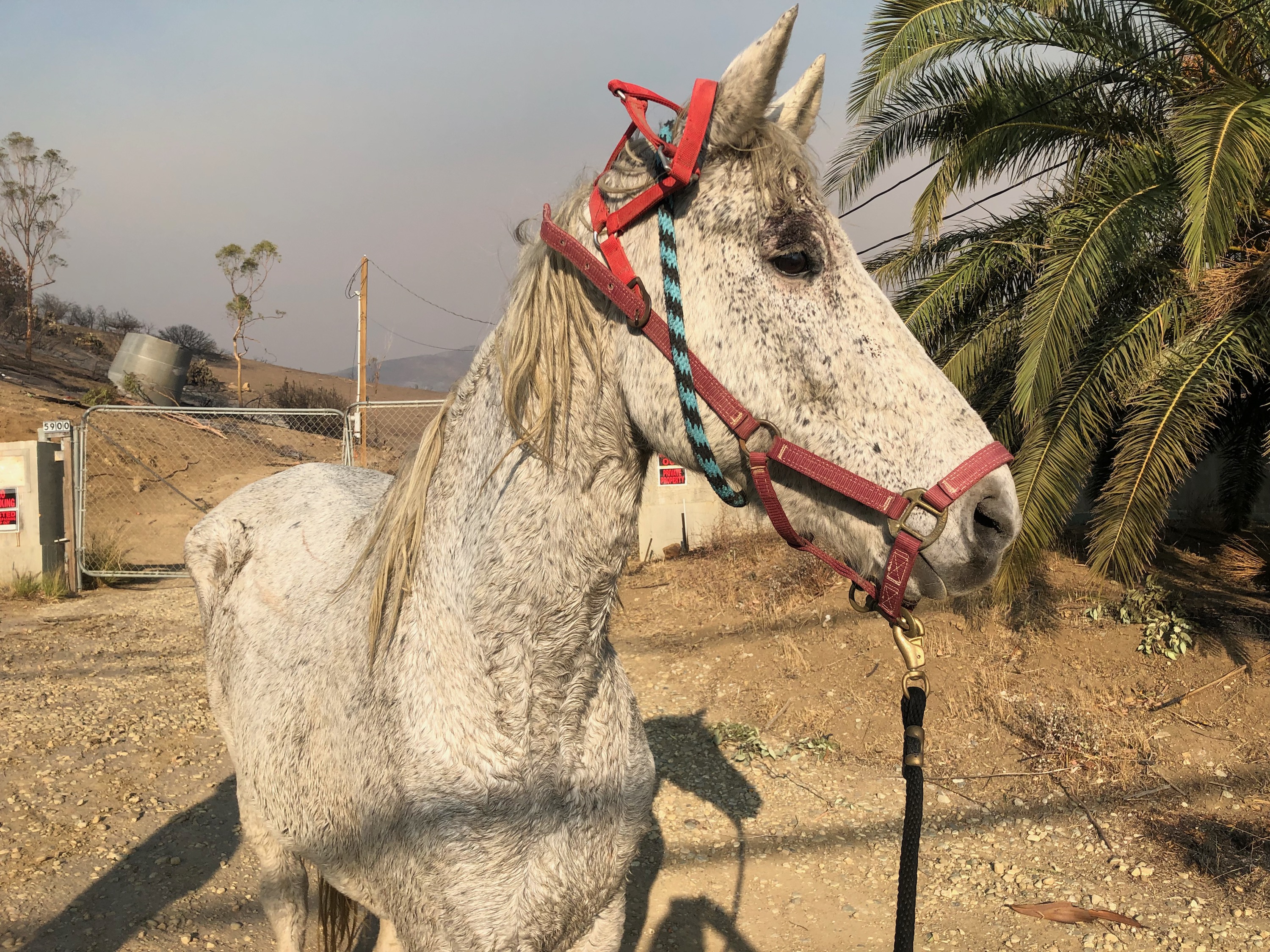 It was necessary for Humane Society staff to attach two halters together to fit around Clark's very large head in order to safely lead him out of the Canyon.