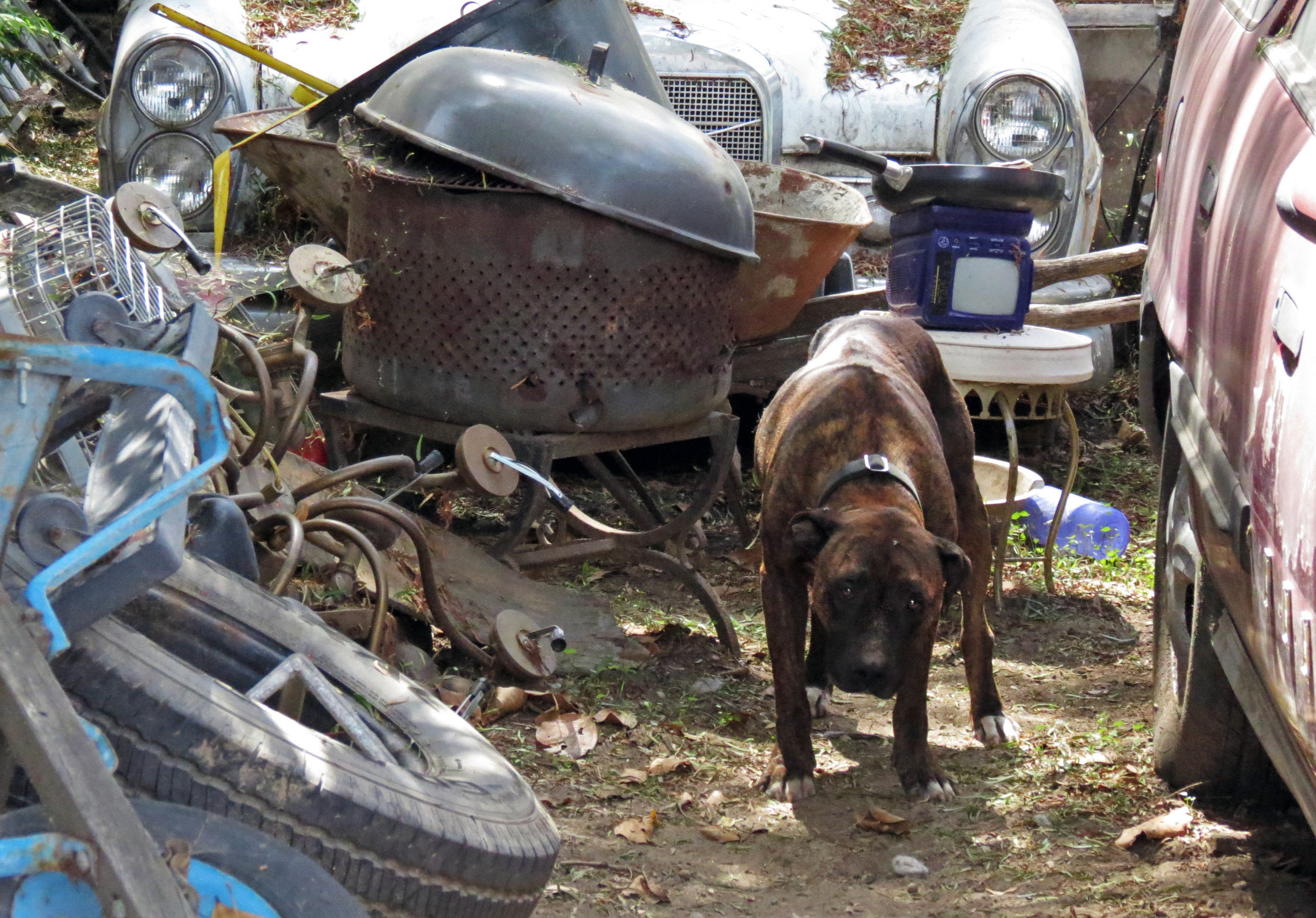 Gina has had a hard life. Just look into her eyes and you can see years of neglect written all over them. Gina is another case of animal abuse and neglect happening right here in Ventura County. Last week our Humane Officers were contacted by the Sheriff’s Department about a dog roaming a vacant property with no food or water. When Officers arrived they found it filled with abandoned cars, trailers, bikes and other debris. There was a dog wandering the lot who was emaciated with her ribs and hips protruding. She was very lethargic and could barely hold her head up. She had droplets of blood on her ears due to fly strike. There was feces, urine, flies and other unsanitary debris surrounding the property. According to the neighbors the property owners did not come to feed or give her water on a regular basis, this may have been the case for years.

The Officers gave the dog, now named Gina, food and water, and quickly won her trust. The owner of the property would not respond to multiple attempts by our Officers to contact them so they decided to bring her back to the shelter. But first Gina went directly to a veterinarian to see if she required any medical care. The first sign of her wagging her tail was in the waiting room at the vet’s office when she was given attention by the staff and people with another dog.

Gina has won the hearts of the staff here at the Humane Society. In just a little over a week she has transformed from a neglected, lethargic and starved dog into a wonderful sweet girl. She is still quite timid and walks around with her head down but it is clear that all this girl needs is a new family to spoil her. In the meantime Gina will continue her rehabilitation here at the shelter until she is ready for a home all her own.

Every day our Humane Officers investigate cases of animal cruelty and neglect. Most of these animals will require veterinary care in order to get healthy again. The Humane Society of Ventura County relies on the support of local veterinarians to get these animals the care they need. Veterinary services for a single animal can run hundreds if not thousands of dollars. Which is where you come in. You can help us save animals from abuse and neglect by donating today.