And The Dog of the Year Award Goes To.. 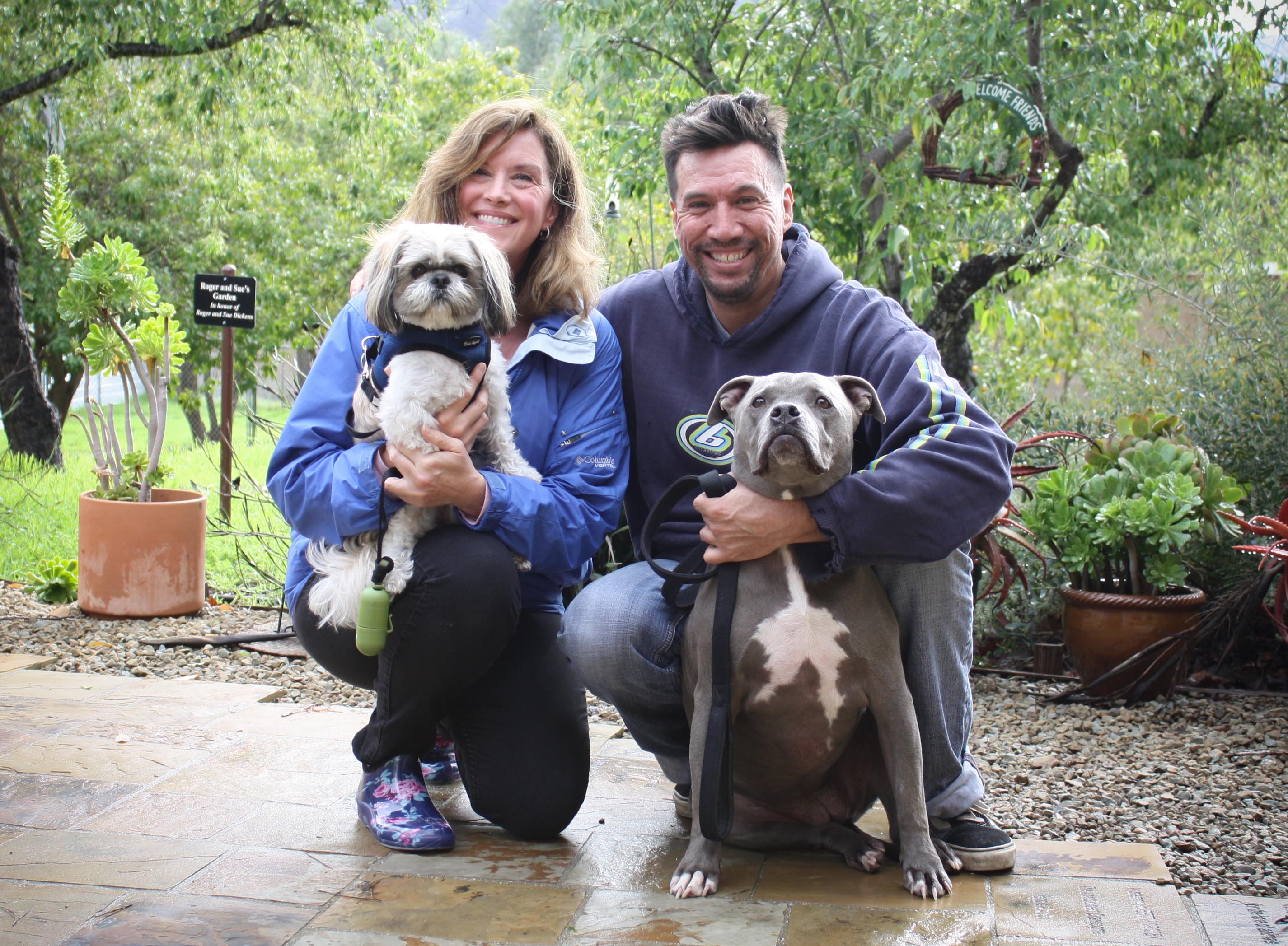 On Thursday, January 31st, Lotus, a seven-year-old pit bull, was frightened by the thunder and lightning storm that raged through the area, and for the first time in her life, she escaped her home. As soon as her family saw she was missing, they immediately started the search for her, and while there had been possible sitings around town, her owners could not track her down.

Then yesterday a miracle happened. Diana and her little Shih Tzu, Rocky, were walking along Santa Ana Boulevard when Rocky ran up to a chain link fence and started whining. Rocky refused to go any further and continued to whine with urgency at the fence. Diana sensed something was wrong and decided to investigate. It didn't take long before she spotted Lotus laying down in a ball by the overflowing river. With the help of another passerby, a kind woman named Catherine, the two of them got Lotus through an opening in the fence to safety.

Diana brought Lotus to the HSVC and staff recognized the dog from a "Missing Dog" flyer that was posted at the shelter by the family over the weekend. Lotus's family was called and Jason headed down to the shelter immediately to be reunited. Lotus was given what was most likely her first meal in nearly four days and Diana and Rocky stayed with Lotus helping to comfort her while she waited for her family. As you can imagine it was quite the joyous reunion!

Thank you to everyone who helped look for Lotus and supported Lotus's family while they awaited news of her being found. We are so fortunate to have people like Diana and Catherine willing to go above and beyond to help a dog in peril. And of course, the true hero here is little Rocky, who saw a friend in need and did all he could to alert his owner of Lotus's location.