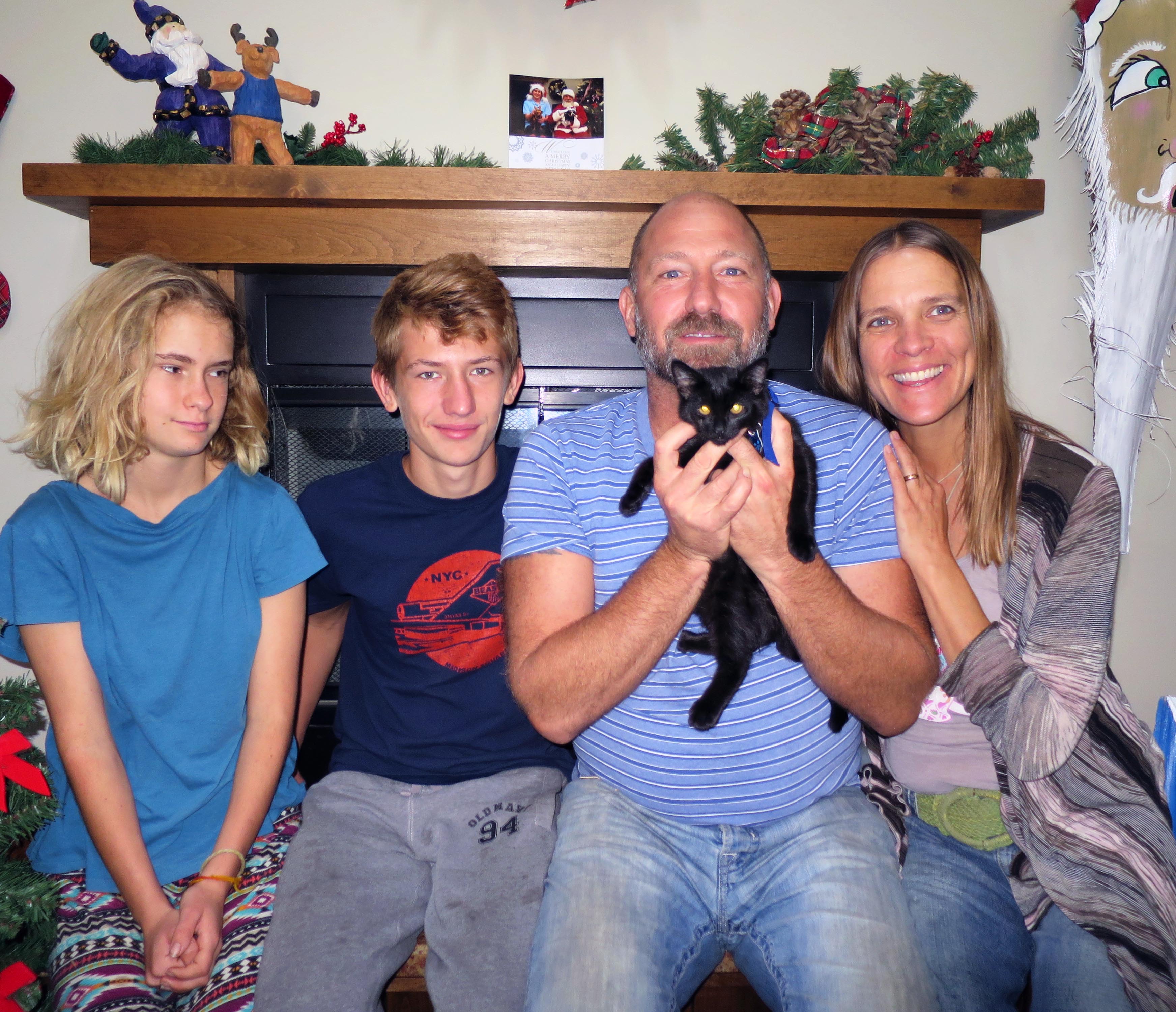 Nearly 8 weeks ago two small kittens were brought into the shelter after being found all alone by a kind woman who had heard them meowing near her property. Hansel and Gretel were very frightened and required veterinary care when they first arrived. They spent the first couple weeks here in our isolation room. We featured these two in that weeks Five Dollar Friday and thanks to our supporters were able to raise the money to help cover their medical treatment.

Hansel recovered quickly and was adopted soon afterward by the Mitchell family. However, poor Gretel had just begun a streak of bad luck. When she had first arrived at the shelter she had a dislocated foot that needed to be set and casted and soon after showed the signs of other ailments, all treatable - but it would take time.

When the Mitchell family adopted Hansel they heard that he had a sister who was having a tough time, once they heard her story they decided as soon as she got well they would come adopt her too! They called to check in on her nearly every day, for almost a month, it seemed like forever! Fortunately last week Gretel was given the green light and the Mitchell family came in on Saturday to take her home for good and be reunited with her brother.

Thank you Soren, Helen, Sycamore, and Josie Mae for your persistence and patience on this sweet and deserving girl!