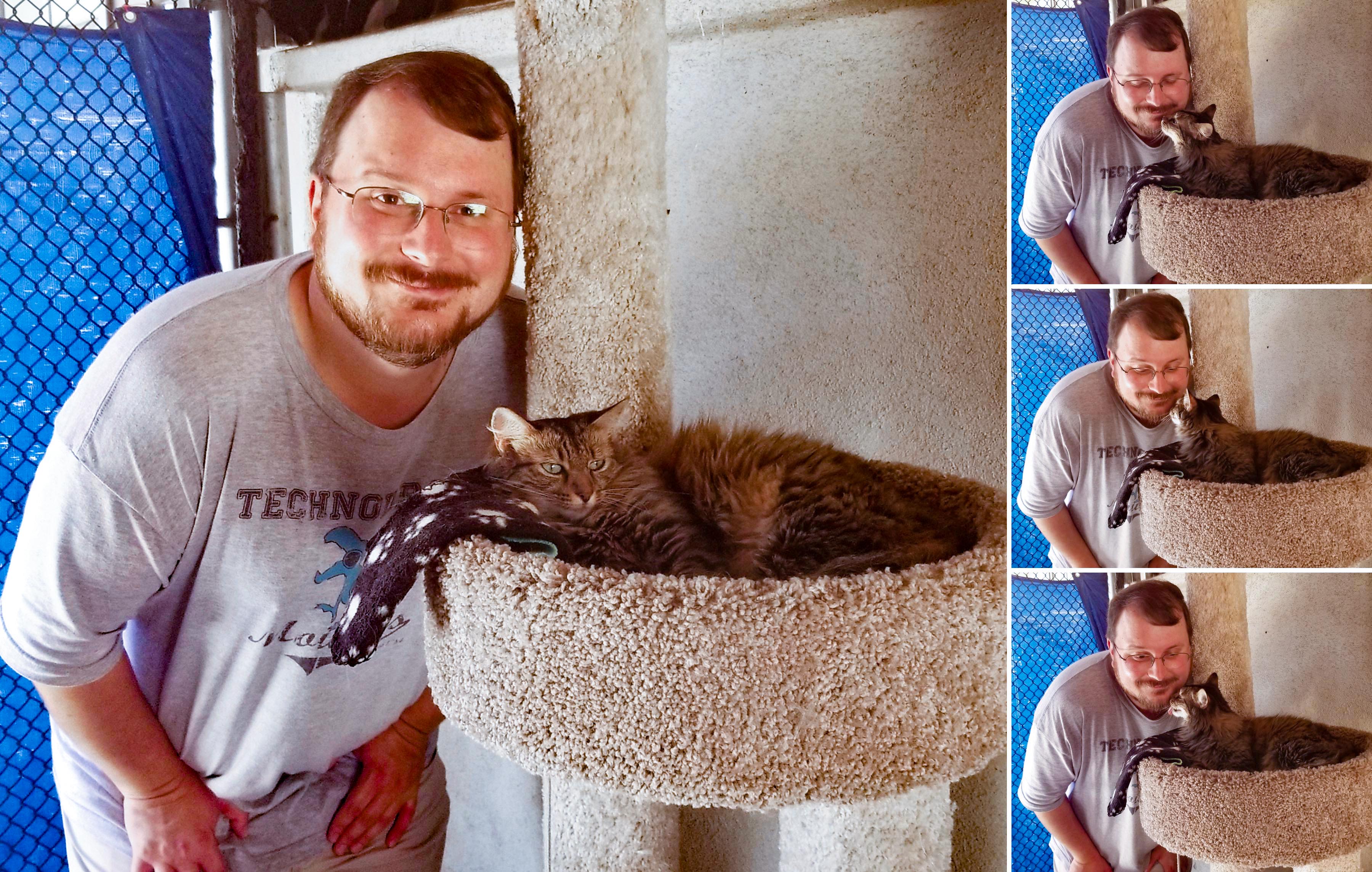 We have a very special adoption story! Many of you may recognize Cally, who was recently featured on the cover of our Fall Paws for Thought Newsletter. Cally, was a very special cat here at the Humane Society of Ventura County and our longest animal resident.

On what would have marked two years since her arrival Cally was returned to her original owner John. Cally, was just one year old when she first arrived at the shelter and spent her time in our adult cat room where she had many admirers. However it was clear that she was waiting for the day that John would return and take her home. While bringing Cally to the shelter was an extremely difficult decision for John to make, he promised her that once he was back on his feet, and if she had not found a loving home, he would come back for her. John, made good on his promise and on Saturday he drove up from San Diego to take her home once and for all!