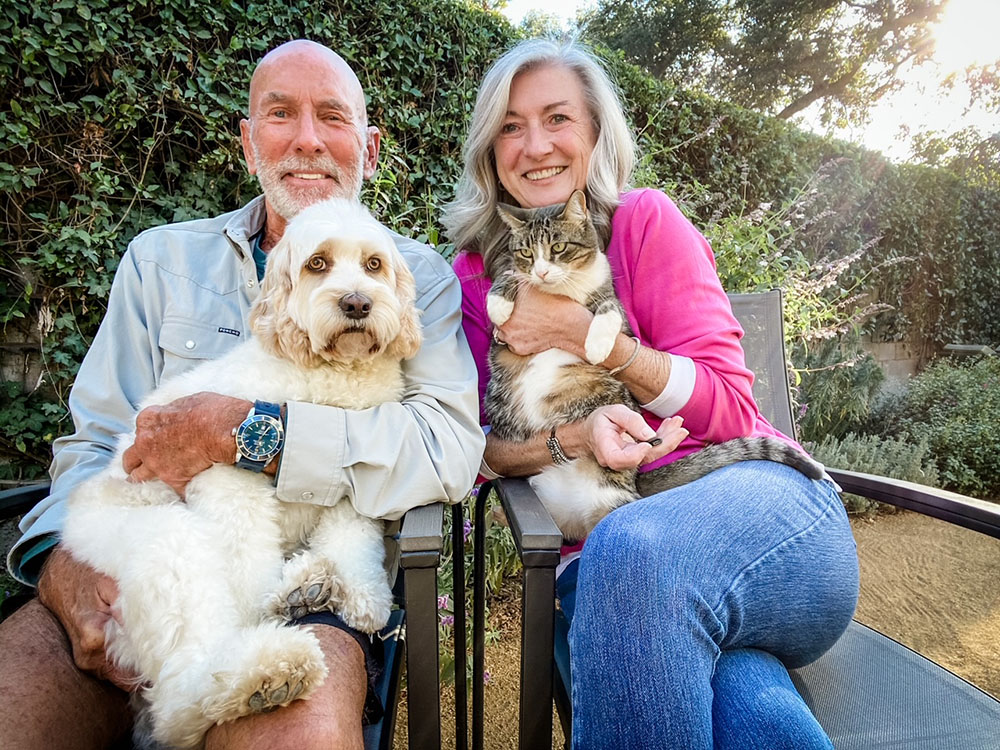 It was love at first sight for Teresa and Buddy! The adorable poodle mix found his forever home with Teresa and her family in late December of 2019 after Teresa first spotted his photo on our website. The family had been looking for a smaller breed dog after their beloved Golden Retriever, Wilson, passed in August of that year. They visited the shelter immediately to meet Buddy and were able to make him a part of their family soon after! 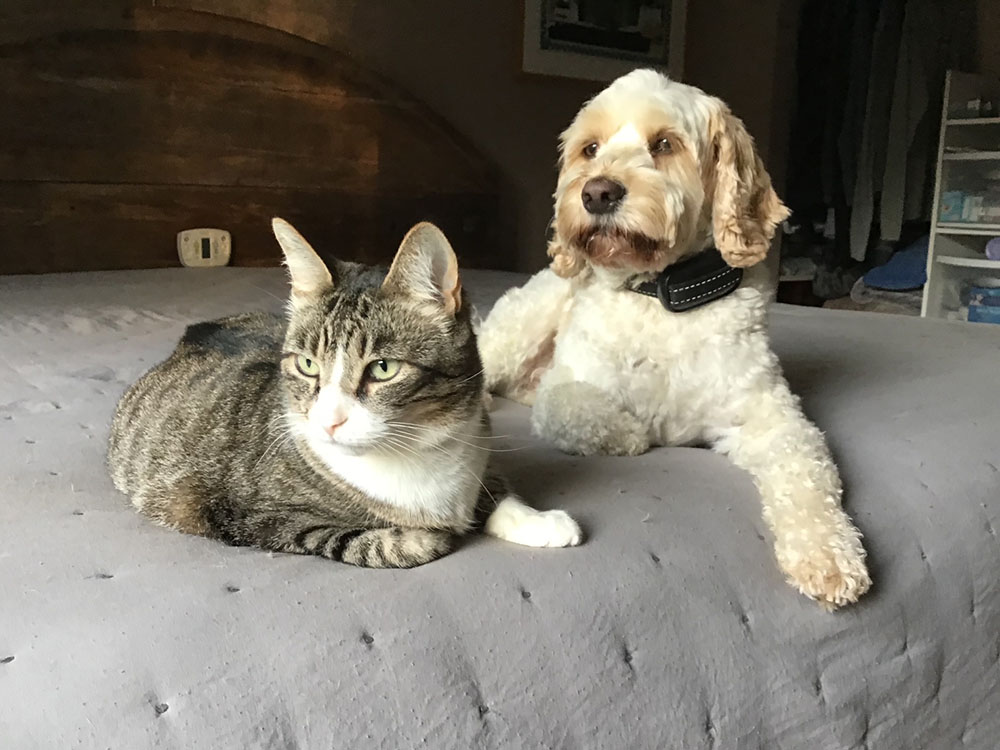 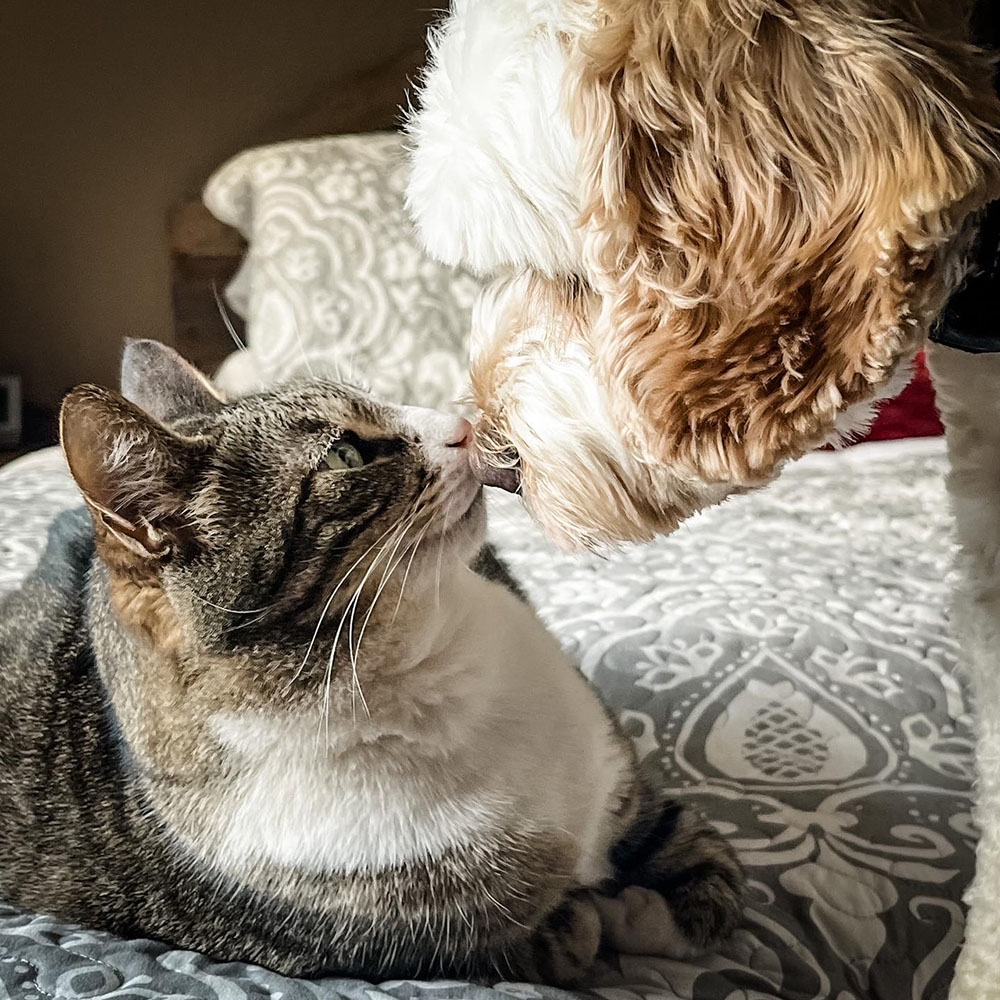 According to Teresa, good boy Buddy fit into their family seamlessly upon being brought home. Buddy and his new sister, a 4-year-old cat named Tinkerbell, were best friends from the beginning. His friend Wyatt, a 10-year-old Lab and friend of the family, also helped Buddy acclimate to his new home. 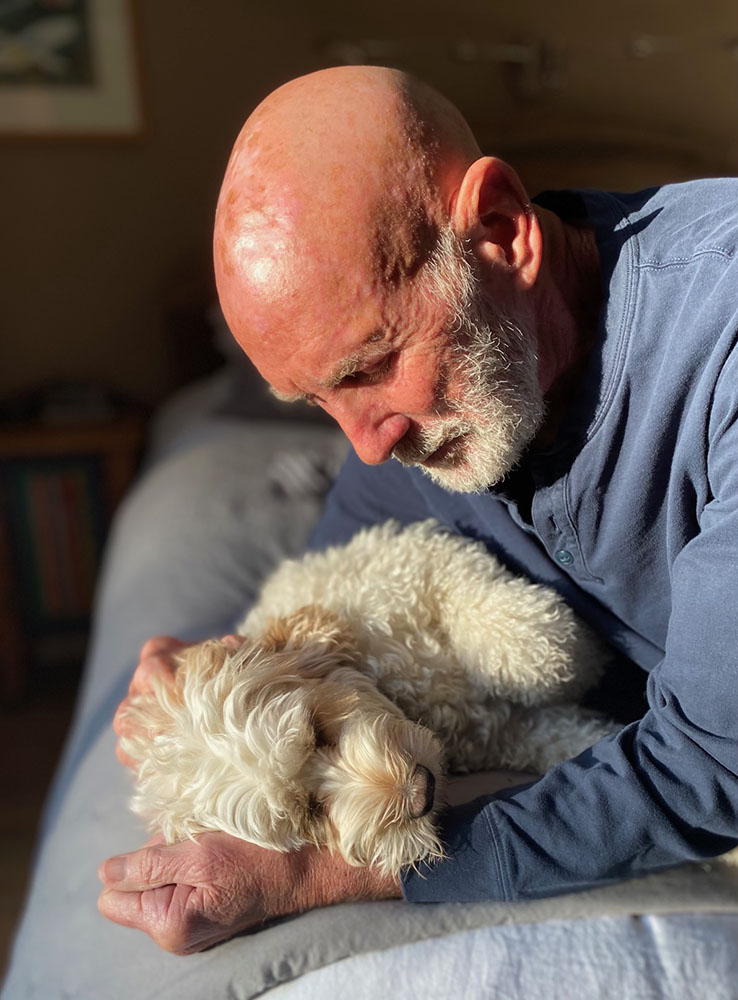 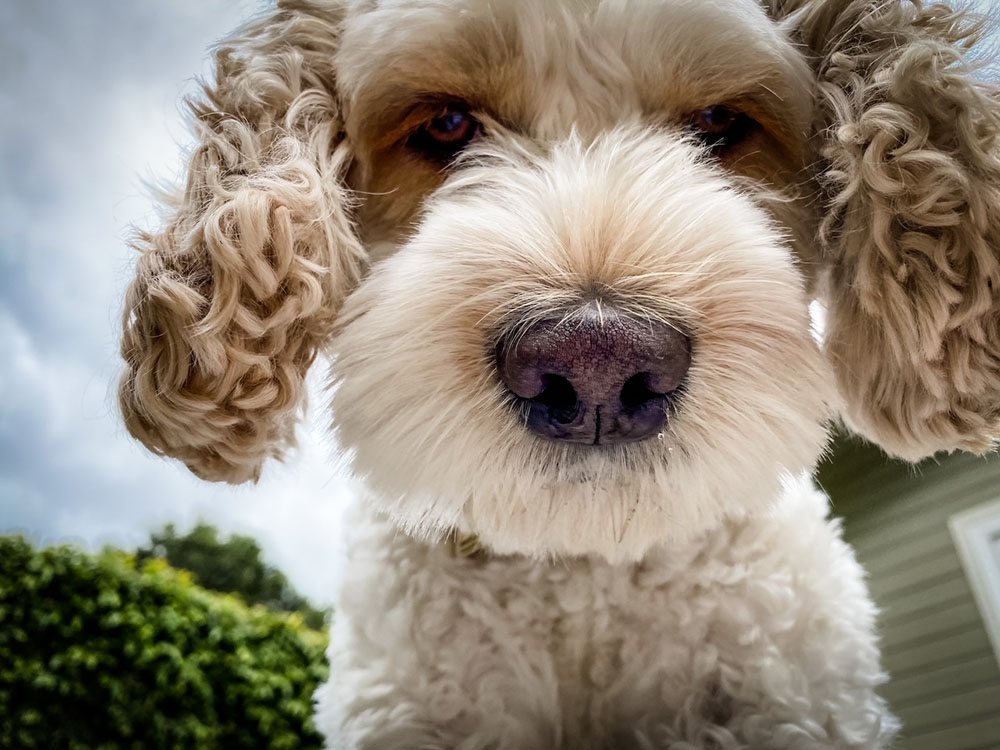 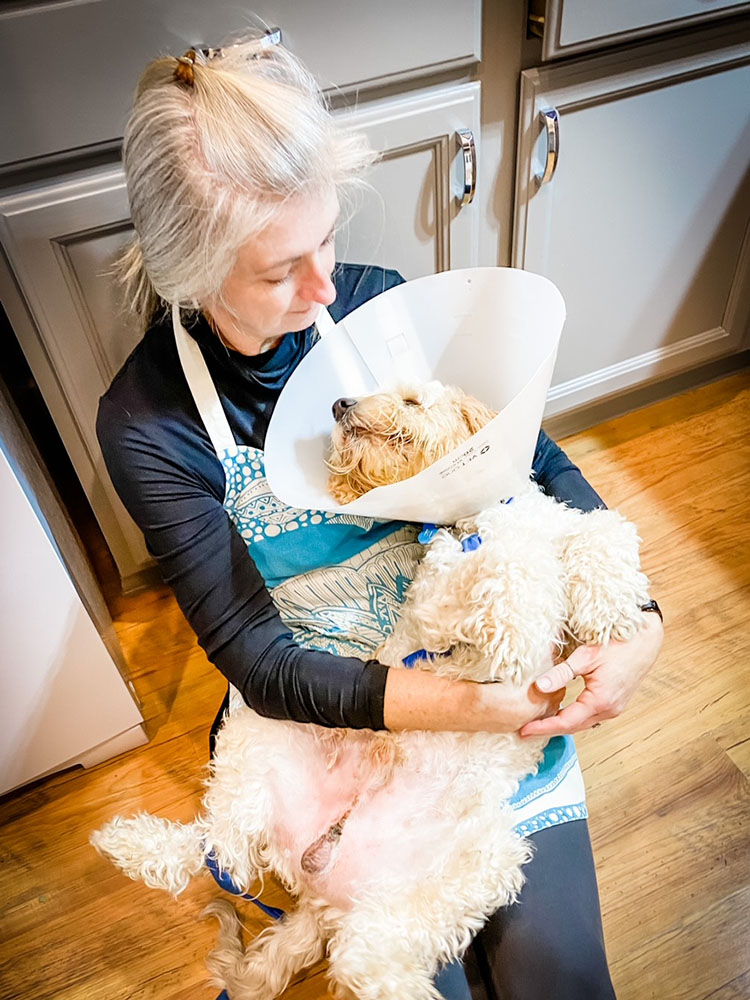 Three years later, Teresa is just as in love with Buddy as she was when she first laid eyes on him. "We found out quickly how smart he is, he is truly one of the smartest dogs we’ve ever had. We talk to him like he’s a person and he understands everything we say. He picks up on cues like me changing shoes and he knows when we’re getting in the car. We take him everywhere that he’s allowed to go. He makes new friends easily and loves to visit his old friends wherever they may be. He is living his very best life with spa day once a month, soft dog beds to sleep on all over the house, blankets on the human bed for sleeping, and lots of playtime and interaction with other dogs and people. He has very human eyes and a lovely, sweet soul," said Teresa. 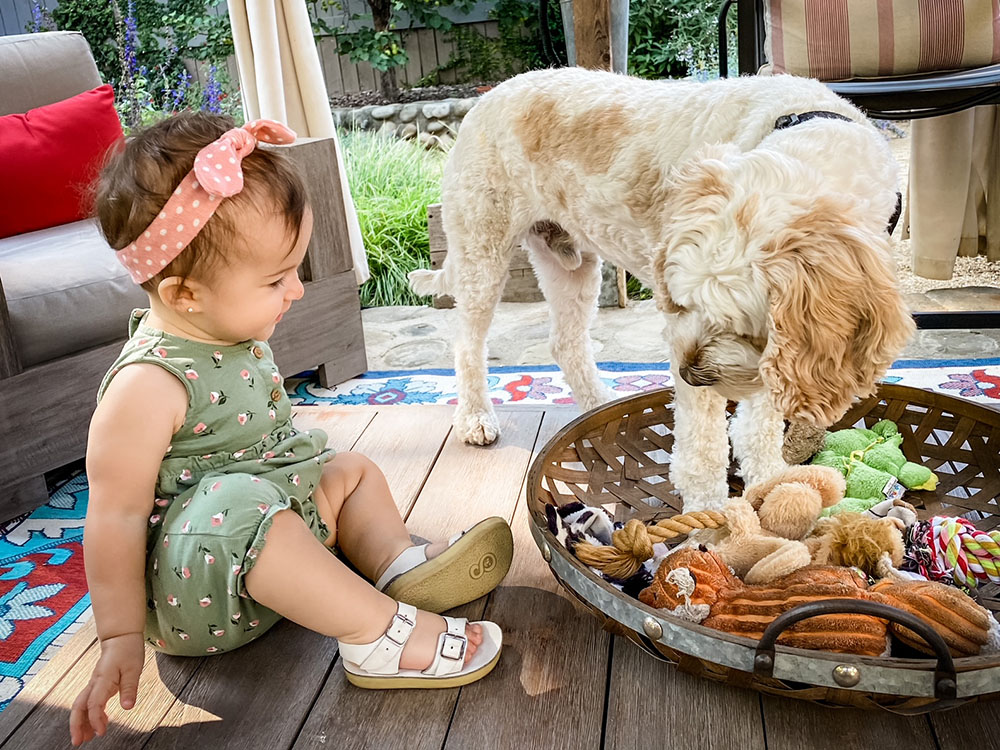 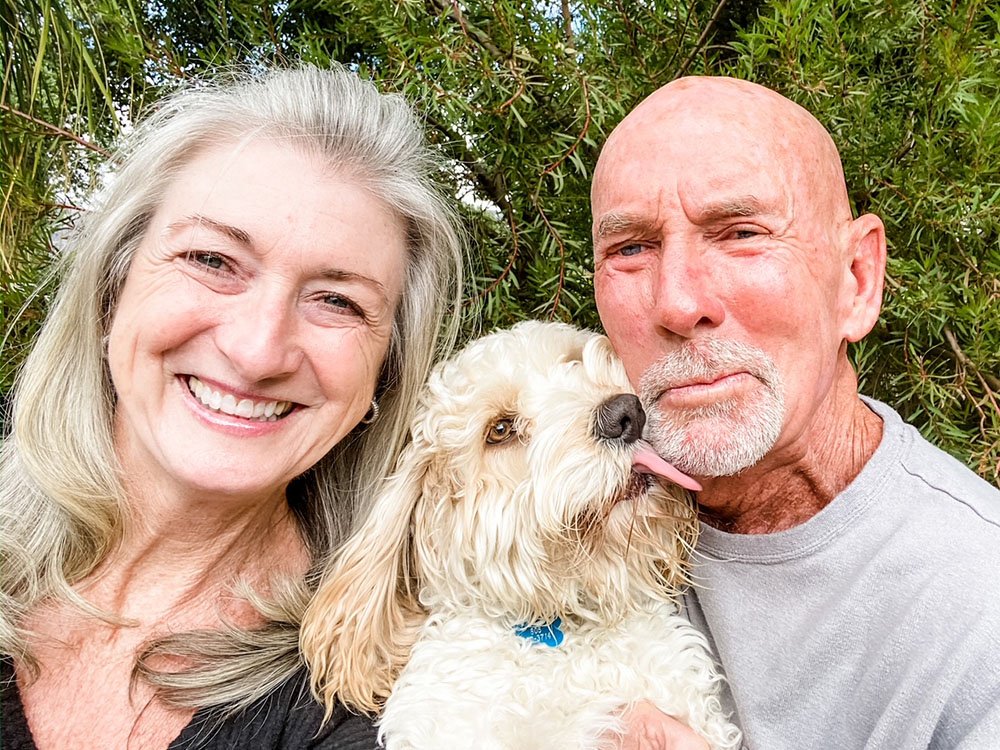 Buddy spends lots of time in his new backyard and loves chasing the squirrels along the fence. He's also an avid beachgoer, though according to Teresa, he does not like going in the water. He often goes to the beach with his Dad early in the morning to run or clean up the beach. His favorite thing to do at the beach is finding a child playing in the sand or a group of people to give attention to. What a social boy! 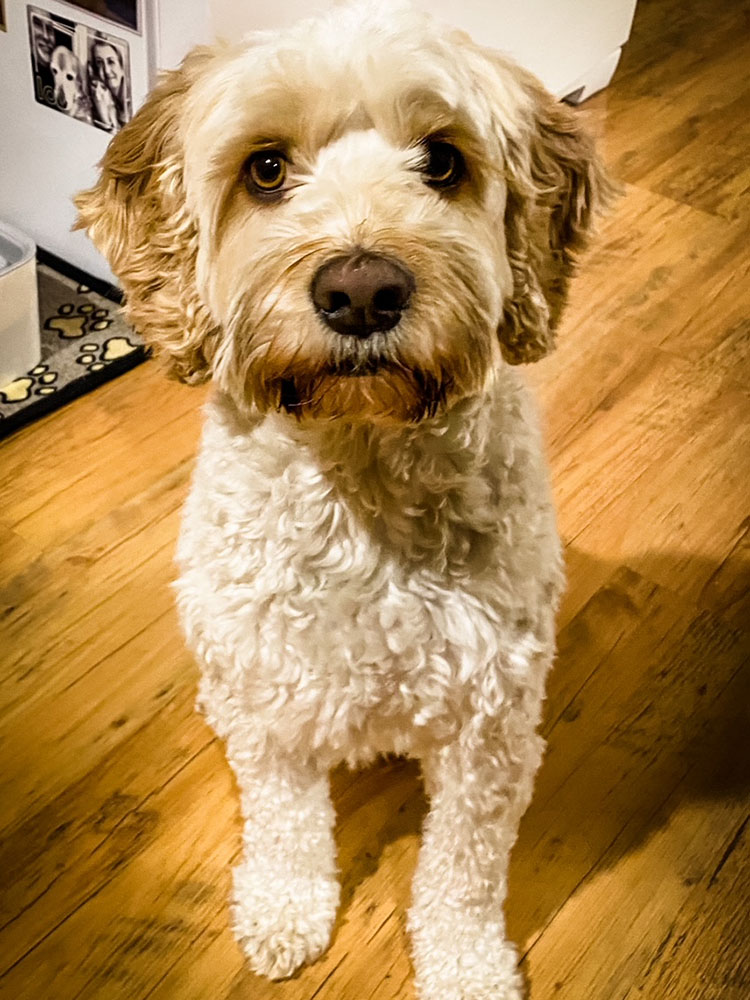 "I know we were meant to have Buddy and he has filled that gaping hole left by the loss of our other dog. He needed us as much as we need him. Sometimes I look at him and it brings tears to my eyes because every dog should have such a sweet life!" said Teresa.

Thank you, Teresa and family, for allowing us to share Buddy's adoption success story and for giving him the loving forever home he deserves!