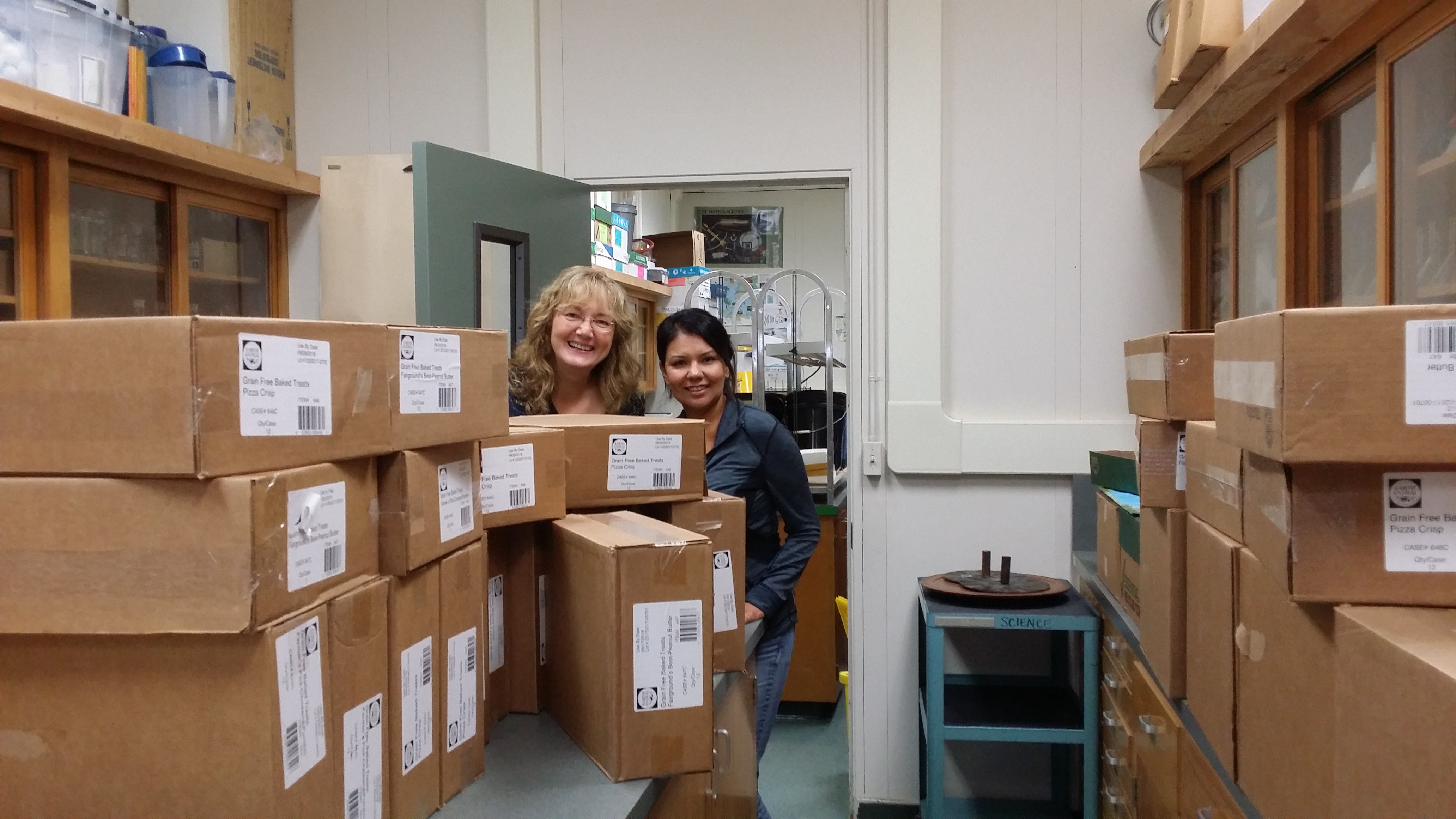 Thank you Cyndy Treutelaar, President of the Humane Society of Ventura County Board of Directors and Stephanie Grostick for helping redistribute 54 cases of Earth Animal dog treats.

Cyndy and Stephanie are co-advisors of the HSVC Club at Balboa Middle School in Ventura where their students organize fundraising events for the Humane Society of Ventura County. One of those fundraisers has been to sell Earth Animal dog treats to Balboa students, staff, faculty and parents of students. According to Cyndy, the club has already gone through 40 cases of treats and is confident her students can distribute this new batch in quick order. Earth Animal donated 9 pallets of their dog treats earlier this year to the HSVC which was more than the Shelter could utilize on site. The HSVC still has plenty on hand, stop by the Shelter at 402 Bryant Street in Ojai and pick up a box or two. For larger donations, reach out to Greg Cooper, Director of Community Outreach for the HSVC at [email protected]