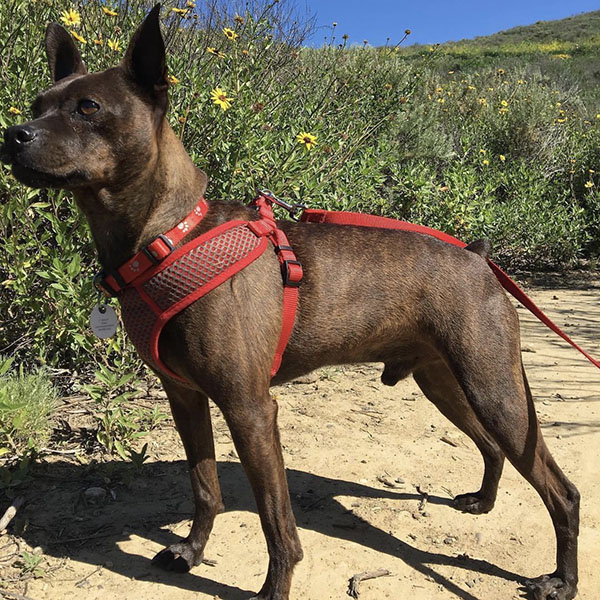 Oliver’s adoption story is truly a twist of fate. This pup is now getting to live his happily ever after thanks to a chance encounter with his now owners, Fred and Elvira. Sometimes, it’s all about being in the right place at the right time!

Fred in Elvira first met Oliver by chance in 2016 after going out to lunch one day at the Ventura Harbor. The couple noticed a group of our HSVC staff and volunteers doing a pack walk nearby and decided to check it out. After saying hello, a small, friendly pup tried to jump into Elvira’s lap. According to Fred, the dog, named Boscoe at the time, gave them both a “look” and that’s when they knew he was special.

A couple of days later the pair visited their new friend Boscoe at the shelter in Ojai. They learned that the pup had been at the shelter for over seven months. After a meet and greet with Boscoe, Fred and Elvira had a tough decision to make. They were hesitant to adopt after just recently losing their beloved English Bulldog. Fred asked the dog, “What do I do?” The sweet little pup jumped on to Fred’s lap, looked into his eyes, and leaned in. From that moment on Fred knew Boscoe was theirs. 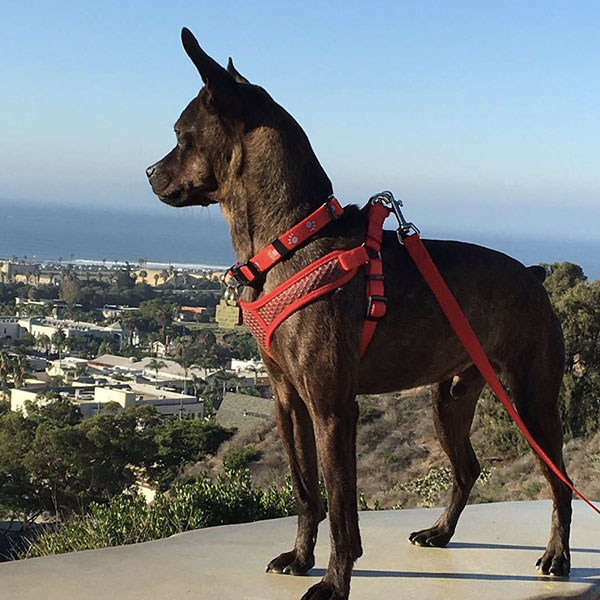 Fast-forward four years later, Boscoe, now Oliver, is happier than ever in his forever home. Fred and Elvira quickly learned Oliver was a very intelligent, house broken, and well trained dog. His favorite activities include hiking, going for walks, and sun bathing. He loves hanging out in the backyard and sleeping in his giant bed. 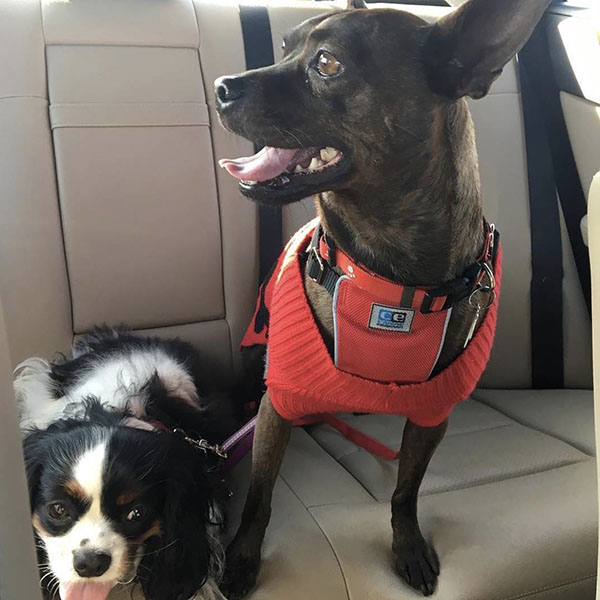 Elvira and Fred consider Oliver part of the family. “Oliver taught us that even in the toughest moments, you sometimes have to go with your gut and give the unlikely a chance. To think this jewel spent seven months at the shelter and we were lucky enough to bring him into our family,” said Fred. He continued, “We are so thankful to all of the members and volunteers of the HSVC as we believe this is where Oliver learned to trust and love.”

Thank you, Fred and Elvira, for taking a chance on Oliver!